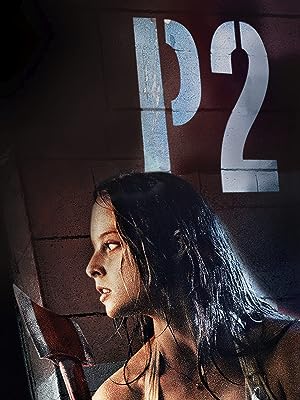 (20)
5.91 h 37 min2007X-RayR
A woman (Rachel Nichols) who is the last to leave her office on Christmas Eve must rely on her wits to survive when she is trapped in a parking garage with a deranged security guard.

Avid readerReviewed in the United States on March 22, 2020
4.0 out of 5 stars
"You'll grow to like me."
Verified purchase
The movie seemed a bit uneven. At the start, it was difficult to really like the female character. Seemed like just another over achiever out for money at the expense of everything else in her life. She was to go to a Christmas party with family, but still too work obsessed. Her car wouldn't start, but she seemed to lack a good plan B.
And then there is Tom, a guard, a real psychopath, very relentless in his pursuit of her, and played the part very well. That brought the movie up a notch. (The movie takes place in a office building underground garage on Christmas eve, when no one else was around.) And Tom insisted that he was not going to hurt her. It seemed when she realized her true situation, she started acting much smarter in trying to get away from him, and he was relentless in getting her back, regardless. Towards the end of the movie, when she went into his office and saw on the videotape of what he had done when he first captured her, she was so transfixed that she let her guard down which seemed out of character considering what she had been through, and the clear danger she was in. Then the movie really cranked up several notches, and became first rate. I give it a solid 4 stars though.
One person found this helpful

Denise H.Reviewed in the United States on March 22, 2020
4.0 out of 5 stars
I’ll Have a Blue Christmas, Trapped in the Parking Garage with a Psycho(Send Help)
Verified purchase
Let’s see...Christmas with ur dysfunctional family or with a love-struck charming psychopath???? What’s a girl to do?
This was a really good movie...def worth 4 stars...I save 5-stars for Schindlers List, Oscar-winning-type movies, so 4 stars is a pretty great rating.
Solid acting from everyone. Definitely can see the Ted Bundy charming psycho traits in Tom. There’s a very appealing dangerous quality present mixed with the terror and violence. I think it’s a rare actor who can believably mix the seductive qualities of a psycho with their unstable, violent tendencies. Wes Benton did a great job bringing so much complexity to the character. Often the “killer” or psycho can fall flat and be totally evil or be too ‘weak’ to actually pull of being a threat. This movie handled that by having Tom be both charming and seductive while also having outbursts of crazy. Great complex character.
Angela was flat initially...just another mindless corporate drone looking to work late into the night in order to climb the ladder. The writers fleshed her out nicely though, with the loving family who miss her and want her to stop wasting so much of her life in the office. Her relationships with other characters was complicated, and they chose to have Angela be a source of forgiveness and mercy...which makes Tom’s violence more shocking to her. Rachel Nichols brings so much emotion to Angela...I give her huge credit too bc you have to be really dedicated to your craft to run around an actual parking garage all night during the months of filming...while wearing a wet,barely-there dress....brrrrrr! I couldn’t do it.
There are minor quibbles with the film, like why didn’t the front door buzzer open the door? And while at the front desk, why not just *call* down to Tom (before his true intentions are revealed) and say, dude open the door? Instead she drags bags of presents back down to the garage to then calls him from an intercom there...kinda sloppy writing. There were a few other “huh?” moments, like when Angela’s nail came off and she was bleeding...that’s some serious acrylic there! Plus that seemed to slow her down more than chloroform, handcuffs and shock. Later, Tom’s demeanor changed kinda abruptly from lovesick stalker to psycho killer...releasing the dog didn’t mesh with someone who would plot and scheme to abduct someone and do all these things to try to please them...it shows how psychos see people as disposable objects, but I thought Tom wouldn’t “turn” on Angela so easily. Again, it didn’t flow with the premise that Tom was obsessed with Angela and wanted to ‘give her the world’ while also ‘owning’ her. Maybe that’s how psychos actually operate, but it just seemed a bit premature to do all that work and then give up on their “relationship” by letting the dog tear her apart.
The elevator scene was interesting if a bit unbelievable. Around this time, Tom would begin popping up kinda randomly as Angela tries to escape/hide. It seemed like he could appear all over the place super-quickly and not within he confines of normal time...so that was kinda schlocky. Also, stun guns don’t knock people out, they just don’t....that was again, poor writing...he should have whipped out the chloroform again—that would have been more believable.
Despite some small plot issues, this was a well crafted film with solid acting by Rachel and Wes.

Jack MReviewed in the United States on March 30, 2020
3.0 out of 5 stars
They're called Fire Exits
Verified purchase
I like Rachel Nichols, but seriously read the NY state building codes some time. Emergency regulations make it literally impossible for someone to get stuck in a building like this. You can't even physically lock the doors or disable the required interior panic hardware in such a way that would prevent someone from getting out.

oxReviewed in the United States on December 3, 2019
5.0 out of 5 stars
Thriller at its best
Verified purchase
best thriller horror movie i've seen so far. Bentley knows how to play a psycho. Nichols charater was awesome the whole way and was not dumb throughout the movie.
One person found this helpful

dianeReviewed in the United States on March 18, 2020
1.0 out of 5 stars
Nothing special
Verified purchase
The was the same ole run of the mill type thiller that has been done, time and time again.

Amazon CustomerReviewed in the United States on January 4, 2020
5.0 out of 5 stars
Great Horror/Thriller!
Verified purchase
This was an edge of your seat Horror Thriller. Great acting!

KarenReviewed in the United States on December 30, 2019
5.0 out of 5 stars
5 stars
Verified purchase
I love this movie! Wes Bentley is awesome!

Colleen VeraReviewed in the United States on January 5, 2020
5.0 out of 5 stars
Excellent creeper movie.
Verified purchase
Movie was real good. Wes Bentley nailed the creeper psycho character with a little funny moments here and there to really complete the part.
See all reviews
Back to top
Get to Know Us
Make Money with Us
Amazon Payment Products
Let Us Help You
EnglishChoose a language for shopping. United StatesChoose a country/region for shopping.
© 1996-2021, Amazon.com, Inc. or its affiliates