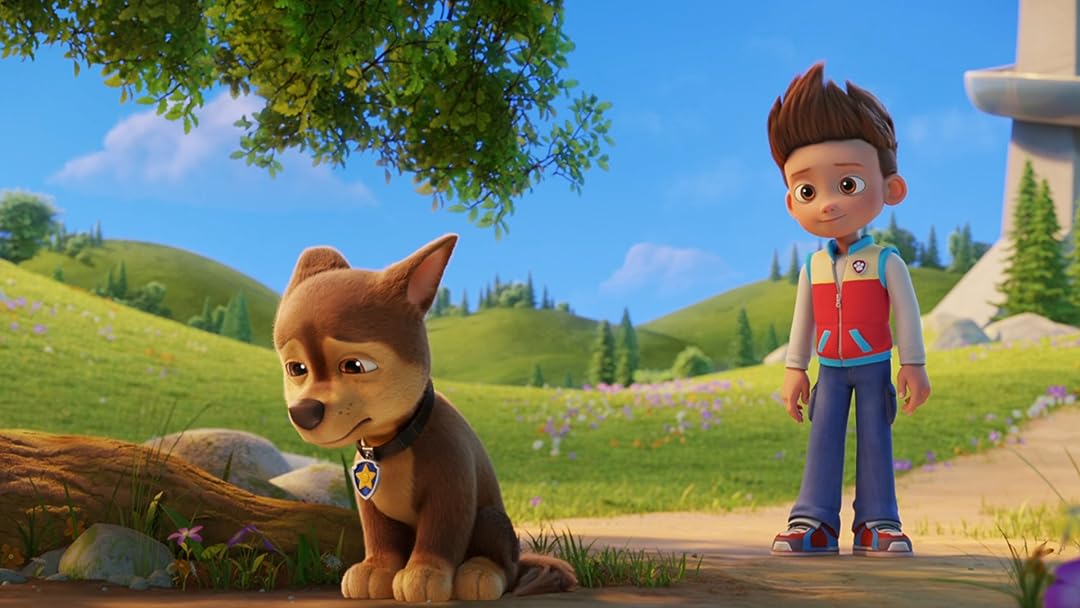 (11,638)
1 h 26 min2021X-RayHDRUHDG
The PAW Patrol is on a roll…in their first big-screen adventure! With help from a new pup, Liberty, the PAW Patrol fights to save the citizens of Adventure City from their rival, Humdinger. Can the PAW Patrol save the city before it's too late?

Aaron ayersReviewed in the United States on August 21, 2021
5.0 out of 5 stars
Certified pawsome
Verified purchase
My family loved it, I heard my wife in the other room giggling while I made the popcorn. My 1 and 3 year old boys were hooked. It must have been like putting on glasses for the first time. To go from the simple animation of the show that they love to polished movie level animation. Well the end result was I didn't get any of the popcorn (I underestimated how much they would love it) and everyone got to stay up past bedtime just a little bit.

Tl/DR if your kidos are fans of paw patrol this is worth the watch. And it comes free with a Paramount+ trial.

RoseReviewed in the United States on August 21, 2021
1.0 out of 5 stars
More gender stereotypes, poor diversity
Though females are more than half the population, just one of the seven Paw Patrol members is female. And how does this female team member contribute? She uses her "Nanny Drone" to catch bad guys, of course. After all, even cartoon canine super heroines are limited by traditional female roles.

The film pretends to be diverse by adding a couple of minority characters: The first is a Black male who, after wrecking his truck, is a coward who lacks the bravery of a puppy. The film includes a Black female scientist, but she quickly abandons her ethics and submits to the powerful white guy when he snaps at her a little and needs the little boy to save the day. The Hispanic female shopkeeper is portrayed as unintelligent: with numerous missing dog posters displayed on the store wall, she still needs the little boy to help her see that that there's a dog napping problem. A sprinkling of other diverse-looking characters are presented, but these are no/minimal speaking roles; nearly all the actual acting roles for this film go to White men. Even at the obedience school, seven of eight dogs are male.

The one redeeming character in this movie: Liberty, the female dog who helps them navigate the city.

Overall, this is not a film that I would show to my children.

CoryReviewed in the United States on August 21, 2021
5.0 out of 5 stars
My kids loved it!
Verified purchase
I have a 3 and 1 year old and they both really enjoyed this movie! I also found it pretty cute and I don't think it'll drive me nuts with the inevitable multiple watches!
42 people found this helpful

AllieReviewed in the United States on August 21, 2021
5.0 out of 5 stars
Fantastic
Verified purchase
My son is 4 and absolutely went nuts for it. It has a great message in the movie and is something that kids can learn to express those feelings and it's not something to be ashamed of. Really cute the first 2 times but my son has insisted on 5 more lol.
37 people found this helpful

DeeReviewed in the United States on August 20, 2021
5.0 out of 5 stars
Awesome!
Verified purchase
Awesome addition to the Paw Patrol series.. Good story and ties in well with the series.
34 people found this helpful

Toniha HayesReviewed in the United States on August 22, 2021
5.0 out of 5 stars
best movie
Verified purchase
my kids really enjoy watching this movie and seeing their favorite pups in a full length movie. thanks for the ability to watch and enjoy from the safety of our own homes...
32 people found this helpful

Lisa KReviewed in the United States on August 20, 2021
5.0 out of 5 stars
Different aspect of Paw Patrol from the series, but a great one.
Verified purchase
Note that this isn't the same as the series in a way, for in the series, the pups are easy going and always ready to save the day, but in this movie, one pup, Chase, isn't really feeling it at first. You also have the new recruit, Liberty, whose dream is to be a part of the Paw Patrol, who gets welcomed by Ryder and the rest of the Paw Patrol with open arms. Now about Chase, he has a pretty dark backstory that you really wouldn't expect a Nick Jr series to have, being abandoned as a young pup in Adventure City, forced to wander it as a stray, which is why he didn't want to return there for missions. The bumbling fool Mayor Humdinger does crazy attempts to take over Adventure City, but the Paw Patrol manage to save the day, and Chase even gets over his fears of the city (and of messing up) and takes a desperate measure to save Ryder. Liberty also becomes a new member of the Paw Patrol, hope to see more of her in the series. This is a excellent movie for everyone, young and old.
18 people found this helpful
See all reviews
Back to top
Get to Know Us
Make Money with Us
Amazon Payment Products
Let Us Help You
EnglishChoose a language for shopping. United StatesChoose a country/region for shopping.
© 1996-2022, Amazon.com, Inc. or its affiliates