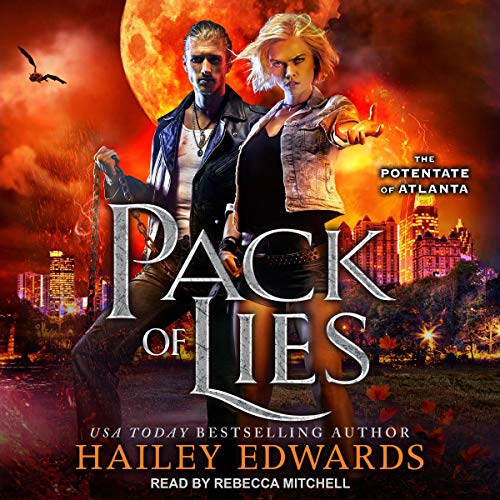 Hadley is losing time, and her shadow refuses to shed light on the gaps in her memory. How can she protect her city if she can't remember where she goes or what she does when she ought to be asleep? Her grim history appears to be stuck on repeat, and the only way forward might be a scythe through her back.

4.7 out of 5 stars
4.7 out of 5
538 global ratings
How are ratings calculated?
To calculate the overall star rating and percentage breakdown by star, we don’t use a simple average. Instead, our system considers things like how recent a review is and if the reviewer bought the item on Amazon. It also analyzes reviews to verify trustworthiness.
Top reviews

Sheathd427
5.0 out of 5 stars Hadley or Grier?
Reviewed in the United States on January 15, 2020
Verified Purchase
While Edwards’ worldbuilding is as impeccable as always, it’s her characters that draw me in time after time. As excited as I was for POA when it was announced, I wasn’t convinced that Hadley would ever be a suitable replacement for Grier as the MC. I am more than happy to be wrong. As much as I love Grier, by the end of the series she had found her happy ending and started to heal. Now it’s Hadley’s turn to find out what she needs.
Read more
12 people found this helpful
Helpful
Report abuse

Dewsterling
TOP 1000 REVIEWER
5.0 out of 5 stars Faeted
Reviewed in the United States on January 15, 2020
Verified Purchase
I may like The Potentate of Atlanta books more than The Beginner’s Guide to Necromancy - which is saying quite a lot since I not only gleefully devoured those books as fast as I could read them when they were released, but have reread the series probably a dozen times by now. It worries me that I like these characters so well, but the underlying theme of second chances and redemption is compelling. In fact, one of the things I struggled with in Ms. Edwards’s other series is that so many of the female protagonists are pile-ons, which is to say that they start out as relatively normal women and by the end of the series they transform into magical/miracle queens/goddesses/whathaveyous.

Hadley exists because of the mistakes she made. It’s a deeper truth that is fairly universal - don’t most people make mistakes? Hadley’s mistakes were catastrophic. They were mistakes that hurt not only her, but everyone else in her life. These books are about her learning to live with those mistakes and the consequences of her actions. It’s a story of redemption, rehabilitation, and reintegration. She is trying, slowly and painfully, to build a new life on the ashes of her old life. It’s a laborious process and she is painfully aware of the road that she left to take this new road.

The mystery of Midas, Bishop, Remy, and coven of witchborn fae is coming along neatly. I very much want to stay in the world that Edwards is building and learn more about these characters. I’m curious if Edwards is going to revisit the fae realm that she established in earlier books or how she is going to bring the fae element further into the story as it unfolds. I feel like this book is a worthy continuation of the previous novel and waiting for the next book is likely to be as frustrating as the wait for this one. I confess, I was not looking forward to waiting another 5 months for the 2nd book in the series and am delighted that it was released early. Fingers-crossed for book 3.

The only downside is that this book does, however, make me even more sad about the recent TBTGN novella about Grier’s wedding. It doesn’t fit into the timeline of the POA books, at all.
Read more
16 people found this helpful
Helpful
Report abuse

Vicki Cooke
5.0 out of 5 stars Hadley's adventure continues
Reviewed in the United States on January 15, 2020
Verified Purchase
Hailey has outdone herself with this latest addition to the Potentate of Atlanta series and the Beginner's Guide of Necromancy world. I won't share any details about the story because I hate spoilers all I would say is I can't wait for the next book!
Read more
10 people found this helpful
Helpful
Report abuse

Jennifer Ashburn
5.0 out of 5 stars Another amazing book!
Reviewed in the United States on January 17, 2020
Verified Purchase
Hadley is the character everyone WANTS to hate, lives to hate even. Yet she’s also the character that a reader can most sympathize with and therefore cheer for. Add Midas into the mix and you’re left panting for more, literally! I love the give and take they share together trying to dig out a new life they never really anticipated while also dealing with the teenager hormonal equivalent 😂 of love. The storyline is a great second helping of the world in Atlanta and I can’t wait to see where it progresses! Ford better find his happily ever after as well or I will. D extremely sad
Read more
8 people found this helpful
Helpful
Report abuse

Beth Evers
5.0 out of 5 stars Loving this Series!
Reviewed in the United States on January 16, 2020
Verified Purchase
This is the 2nd book in Hailey Edwards' Potentate of Atlanta series. (This series spins off from her Beginners Guide to Necromancy series). Things start heating up a bit more between Hadley and Midas as they get some answers about the coven that is trying to infiltrate the pack.

I love the characters even more after this installment. It was great to see a few more glimpses into Midas' past trauma. The next book can't come fast enough!
Read more
12 people found this helpful
Helpful
Report abuse

Kindle Customer
5.0 out of 5 stars Another great novel
Reviewed in the United States on January 17, 2020
Verified Purchase
Hadley is fighting to become who she wants to be - but does that include being Midas' fated mate? A true friend? A worthy apprentice? A sister? A hero? Only Hadley can answer that, if she just gets out of her own way long enough to see she is truly enough for all.
Read more
9 people found this helpful
Helpful
Report abuse

Catherine Wilkins
5.0 out of 5 stars Great book
Reviewed in the United States on January 16, 2020
Verified Purchase
I love The worlds that Hailey creates. I preordered this book as soon as it was available on Amazon and if not for work getting in the way I would have finished it in one day. Hadley has grown so much as a character from when we first met her in the first series and her actions make a lot more sense now. I am eagerly waiting for the next book and hope that there are many more.
Read more
8 people found this helpful
Helpful
Report abuse

E. Shoemaker
5.0 out of 5 stars Gwyllgi, Dybbuks and Fae: Oh My (Also Midas and Hadley)
Reviewed in the United States on January 17, 2020
Verified Purchase
So much happens in Pack of LIes. Hadley and her merry band of friends and boyfriend take on an enemy that no one knows exists. And it's an enemy that's seeking to take over Atlanta as well as the paranormals within it. The action starts with the first page and it doesn't quit until the last. The narration is split between Midas and Hadley pretty evenly. Both are struggling, trying to define relationships that sometimes terrify them. We get a lot of insight on what happened to Midas in his past. We also get some hints about Bishop and his background. And Hadley is starting to feel a little less lonely and a little more part of a team and a family as she continues to pursue her goal of becoming Potentate of Atlanta. The growth the characters experience seems real and earned. All in all, it was a wild romp with some incredibly touching moments. Even prickly Bishop had me tearing up in one scene. If you haven't read this, you need to start today.
Read more
7 people found this helpful
Helpful
Report abuse
See all reviews

serendipity5
5.0 out of 5 stars Awesome with a cherry on top
Reviewed in the United Kingdom on February 23, 2020
Verified Purchase
I have to hang my head in shame and say that I was in the camp in the beginning that did not want to read about Amelia/Hadley all that much. However knowing what a wonderful writer Hailey Edwards is, I picked up the first POA book and loved it beyond anything I imagined. Pack of Lies cemented that and made my love grow stronger! Hadley is utterly awesome, so terribly broken, so much more than we ever knew in the Necromancer books. How she picks herself up, goes, moves on, makes relationships work and is still learning about her magic is a riveting read and I can't wait for more. I so hope that these books keep going as I could read about hadley, her gang and Atlanta endlessly.
Read more
Report abuse

Kindle Customer
5.0 out of 5 stars Hadley is brilliant!
Reviewed in the United Kingdom on February 2, 2020
Verified Purchase
I absolutely love the Potentate of Atlanta series - Hailey Edwards has outdone herself with this one.

Hadley is such a wonderfully complex, flawed and yet utterly likeable character. You can't help falling in love with and rooting for her.

I devoured this book in one sitting - can't wait for the next one. More, please!
Read more
Report abuse

Tiffany
4.0 out of 5 stars Great read
Reviewed in the United Kingdom on January 14, 2022
Verified Purchase
I am thoroughly enjoying delving into the magical world created by Hailey Edwards. The characters are interesting and nuanced and the plot is unpredictable.
Read more
Report abuse

colleen churchill
5.0 out of 5 stars good story
Reviewed in the United Kingdom on January 24, 2020
Verified Purchase
another fantastic story line in the Potentate of Atlanta series
Read more
Report abuse

goodbuy
5.0 out of 5 stars Finished it in a day
Reviewed in the United Kingdom on January 17, 2020
Verified Purchase
A very enjoyable read, hard to put down, easy to finish
Read more
Report abuse
See all reviews
Back to top
Get to Know Us
Make Money with Us
Amazon Payment Products
Let Us Help You
EnglishChoose a language for shopping. United StatesChoose a country/region for shopping.
© 1996-2022, Amazon.com, Inc. or its affiliates