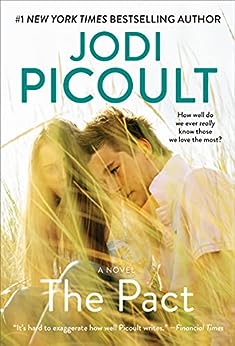 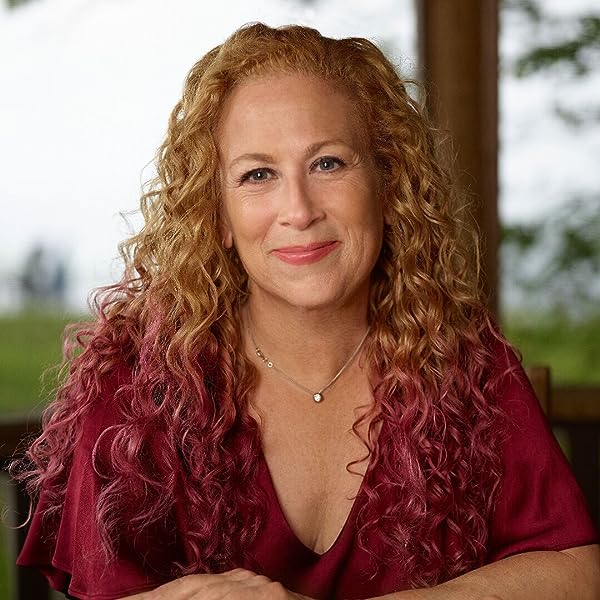 by Jodi Picoult (Author) Format: Kindle Edition
See all formats and editions
Sorry, there was a problem loading this page. Try again.

In this heart-rending tale of love and friendship, Jodi Picoult brings to life a familiar world, and in a single terrifying moment awakens every parent’s worst fear: We think we know our children . . . but do we ever really know them at all?

The Golds and the Hartes, neighbors for eighteen years, have always been inseparable. So have their children—and it’s no surprise that in high school Chris and Emily’s friendship blossoms into something more. But the bonds of family, friendship, and passion—which had seemed so indestructible—suddenly threaten to unravel in the wake of unimaginable tragedy.

When midnight calls from the hospital come in, no one is ready for the truth. Emily is dead at seventeen from a gunshot wound to the head. There’s a single unspent bullet in the gun that Chris pilfered from his father’s cabinet—a bullet that Chris tells police he intended for himself. But a local detective has doubts about the suicide pact that Chris describes.

This extraordinary, poignant novel paints an indelible portrait of two families in anguish . . . and creates an astonishingly suspenseful courtroom drama as Chris is put on trial for murder.

JODI PICOULT is the #1 New York Times bestselling author of twenty-six novels. She is the recipient of numerous awards, including the New England Bookseller Award for Fiction, the ALA’s Alex Award, the New Hampshire Literary Award for Outstanding Literary Merit, and the prestigious Sarah Josepha Hale Award in recognition of her distinguished body of written work. She lives in New Hampshire with her husband. They have three children. You can visit her website at wwww.jodipicoult.com

From Jodi Picoult, one of the most powerful writers in contemporary fiction, comes a riveting, timely, heartbreaking, and terrifying novel of families in anguish -- and friendships ripped apart by inconceivable violence. Until the phone calls came at 3:00 a.m. on a November morning, the Golds and their neighbors, the Hartes, had been inseparable. It was no surprise to anyone when their teenage children, Chris and Emily, began showing signs that their relationship was moving beyond that of lifelong friends. But now seventeen-year-old Emily has been shot to death by her beloved and devoted Chris as part of an apparent suicide pact -- leaving two devastated families stranded in the dark and dense predawn, desperate for answers about an unthinkable act and the children they never really knew.

“Picoult is a skilled wordsmith, and she beautifully creates situations that not only provoke the mind but touch the flawed souls in all of us.”  -- Boston Globe

"Picoult always tells both sides of a story not with judgment, but with grace.”  -- Washington Post

“Picoult is a writer who understands her characters inside and out.”  -- Roxane Gay, New York Times Book Review --This text refers to the paperback edition.

Teenage suicide is the provocative topic that Picoult plumbs, with mixed results, in her fifth novel. Popular high-school swimming star Chris Harte and talented artist Em Gold bonded as infants; their parents have been next-door neighbors and best friends for 18 years. When they fall in love, everyone is ecstatic. Everyone, it turns out, except for Em, who finds that sex with Chris feels almost incestuous. Her emotional turmoil, compounded by pregnancy, which she keeps secret, leads to depression, despair and a desire for suicide, and she insists that Chris prove his love by pulling the trigger. The gun is fired in the first paragraph, and so the book opens with a jolt of adrenaline. But Picoult stumbles in delineating both sets of parents' responses to the tragedy. Unconvincing behavior and dialogue inappropriate to the situation (plus, most importantly, the fact that the parents fail to discuss crucial topics) never touch the essence of bereavement and thus destroy credibility. Picoult redeems herself in flashbacks that reveal the two marital relationships and the personalities of both couples; and she sensitively explores the question of how well parents can ever know their children. After Chris is accused of murder and jailed, the narrative acquires impressive authenticity and suspense, with even the minor characters evoked with Picoult's keen eye for telling detail. The courtroom scenes (reminiscent of Picoult's 1996 novel, Mercy), are taut and well paced. Readers may remain unconvinced, however, that an intelligent young man like Chris would not have sought some help rather than respond to his lover's desperate request. Literary Guild and Doubleday Book Club selections; foreign rights sold in Germany, France, Poland and Norway.
Copyright 1998 Reed Business Information, Inc. --This text refers to an alternate kindle_edition edition.

There was nothing left to say.

He covered her body with his, and as she put her arms around him she could picture him in all his incarnations: age five, and still blond; age eleven, sprouting; age thirteen, with the hands of a man. The moon rolled, sloe-eyed in the night sky; and she breathed in the scent of his skin. "I love you," she said.

He kissed her so gently she wondered if she had imagined it. She pulled back slightly, to look into his eyes.

And then there was a shot.

Although there had never been a standing reservation made, the rear corner table of the Happy Family Chinese restaurant was always saved on Friday nights for the Hartes and the Golds, who had been coming there for as long as anyone could remember. Years ago, they had brought the children, littering the crowded nook with high chairs and diaper bags until it was nearly impossible for the waiters to maneuver the steaming platters of food onto the table. Now, it was just the four of them, blustering in one by one at six o'clock and gravitating close as if, together, they exerted some kind of magnetic pull.

James Harte had been first to arrive. He'd been operating that afternoon and had finished surprisingly early. He picked up the chopsticks in front of him, slipped them from their paper packet, and cradled them between his fingers like surgical instruments.

"Hi," Melanie Gold said, suddenly across from him. "I guess I'm early."

"No," James answered. "Everyone else is late."

"Really?" She shrugged out of her coat and balled it up beside her. "I was hoping I was early. I don't think I've ever been early."

"You know," James said, considering, "I don't think you ever have."

They were linked by the one thing they had in common&#8212Augusta Harte&8212but Gus had not yet arrived. So they sat in the companionable awkwardness caused by knowing extremely private things about each other that had never been directly confided, but rather blurted by Gus Harte to her husband in bed or to Melanie over a cup of coffee. James cleared his throat and flipped the chopsticks around his fingers with dexterity. "What do you think?" he asked, smiling at Melanie. "Should I give it all up? Become a drummer?"

Melanie flushed, as she always did when she was put on the spot. After years of sitting with a reference desk wrapped around her waist like a hoop skirt, concrete answers came easily to her; nonchalance didn't. If James had asked, "What is the current population of Addis Ababa?" or "Can you tell me the actual chemicals in a photographic fixing bath?" she'd never have blushed, because the answers would never have offended him. But this drummer question? What exactly was he looking for?

"You'd hate it," Melanie said, trying to sound flippant. "You'd have to grow your hair long and get a nipple ring or something like that."

"Do I want to know why you're talking about nipple rings?" Michael Gold said, approaching the table. He leaned down and touched his wife's shoulder, which passed for an embrace after so many years of marriage.

"Don't get your hopes up," Melanie said. "James wants one, not me."

Michael laughed. "I think that's automatic grounds for losing your board certification."

"Why?" James frowned. "Remember that Nobel laureate we met on the cruise to Alaska last summer? He had a hoop through his eyebrow."

"Exactly," Michael said. "You don't have to have board certification to create a poem entirely out of curse words." He shook out his napkin and settled it in his lap. "Where's Gus?"

James checked his watch. He lived by it; Gus didn't wear one at all. It drove him crazy. "I think she was taking Kate to a friend's for a sleepover."

"Did you order yet?" Michael asked.

"Gus orders," James said, an excuse. Gus was usually there first, and as in all other things, Gus was the one who kept the meal running smoothly.

As if her husband had invoked her, Augusta Harte rushed through the door of the Chinese restaurant. "God, I'm late," she said, unbuttoning her coat with one hand. "You cannot imagine the day I've had." The other three leaned forward, expecting one of her infamous stories, but instead Gus waved over a waiter. "The usual," she said, smiling brightly.

The usual? Melanie, Michael, and James looked at each other. Was it that easy?