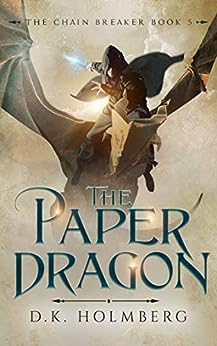 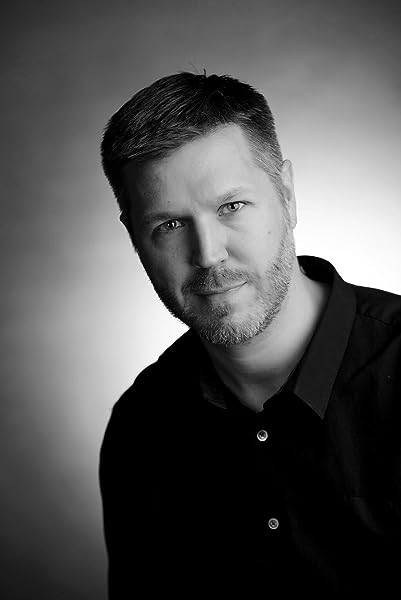 by D.K. Holmberg (Author) Format: Kindle Edition
Book 5 of 9: The Chain Breaker
See all formats and editions
Sorry, there was a problem loading this page. Try again.

A dark power that attacks Yoran leads Gavin on a dangerous journey.

Gavin remains in Yoran while struggling to master his El’aras abilities. With the power of the strange ring that grants him even more power, he knows he has to learn control, otherwise he’ll destroy the city while trying to protect it.

When the hyadan, creatures of dark sorcery, come to the city, Gavin has to make a choice between staying to learn control over his power or helping Imogen. For him, that’s no choice at all.

Chasing the hyadan leads them deeper into Imogen’s past, and challenges Gavin more than he thought possible. The price of failure is greater than only one city. If he can’t learn to control his El’aras magic—and the power of the ring—the dark power will spread and destroy all magic in the world.

Next 4 for you in this series See full series
Total Price: $19.96
Books In This Series (9 Books)
Complete Series
The Chain Breaker
Kindle Edition
Page 1 of 1Start OverPage 1 of 1
Previous page
Next page

D Franklin
4.0 out of 5 stars I hate that I only gave this 4 stars
Reviewed in the United States on September 15, 2021
Verified Purchase
This book pulled me in pretty much from the get go…. It does a good job of detailing the main character’s actions, as well as keeping the reader interested in the supporting cast as well. The only reason that I gave it 4 stars is because I felt that the action died down to a point that I felt that this was the last volume in the series. Perhaps it was just a deep breath, while preparing to jump ahead at any moment, but it allowed me to become distracted some. I will be purchasing the next book in the series though!!
Read more
2 people found this helpful
Helpful
Report abuse

The Cat
4.0 out of 5 stars A good story, but...
Reviewed in the United States on February 2, 2022
Verified Purchase
I really do like the story even though I get absolutely impatient with Gavin. His "Tristan paranoia" drives me to distraction. However, the "but" isn't about any of that.

I'm generally not what one might refer to as a "grammar Nazi" since my grammar skills are lacking. Regardless, when it becomes awkward, taking away from the continuity it can be jarring to one that reads as I do. I totally immerse myself in the story and when there are the kind of errors where there are words missing it tends to take away from the story. There were enough errors in the editing that I had to say something. At one point, Imogen seems to be in 2 places at the same time.

I know the author turns out a volume of stories for which it might be difficult to keep up. However, may I suggest a re-read, in its entirety, before you turn them out? I believe that would help a lot.

All that being said, it's still a good story and well worth the read. Obviously I like the story. This is the fifth book in the series after all.

jalkyl
5.0 out of 5 stars Fun read
Reviewed in the United States on June 5, 2021
Verified Purchase
I do like this series, but it feels like it is becoming a little formulaic.looking forward to the next one. Hopefully it doesnt end with the whole main charachter beats down the bad guys to where he doesnt have any energy left then takes the drug to let him beat down bad guys some more then when he has nothing left finds some little something to let him win the day and collapses at the end.
Read more
One person found this helpful
Helpful
Report abuse

Blueridge_Sage
5.0 out of 5 stars Great exciting reading!
Reviewed in the United States on March 17, 2022
Verified Purchase
The story of the Chain Breaker is a fascinating tale of sword and sorcery mixed with an ever changing mystery. The quality of writing continues to be excellent and makes you continue on wherever the journey will take you. Certainly worth the time spent in search.
Read more
One person found this helpful
Helpful
Report abuse

Kindle Customer
4.0 out of 5 stars And the saga continues
Reviewed in the United States on August 25, 2021
Verified Purchase
I enjoyed the Paper Dragon better than the third and forth books. Paper Dragon felt more fast paced. Could be because the story is coming to a conclusion and our questions and theories are being answered. I think we will see Gavin, the chain breaker evolve into something more. The book ends with Gavin struggling to come to a decision. Or gives into the fact that he has to move on. He needs to be prepared for when the Order returns.
Read more
Helpful
Report abuse

Gadgetech
5.0 out of 5 stars D.K. Holmberg is a true master of his craft!
Reviewed in the United States on June 4, 2021
Verified Purchase
I don't usually write reviews; I've always hated essay questions, but I truly do like this author! I have read every book of every series, on each and every wonderful, detailed world he has created! I love they way he can draw you into his worlds, holding you spellbound, unable to keep from turning that next page to see how things turn out! He brings every world to life with beautiful detail, but without dragging down the story. A true master of his craft! I cannot wait until Book 6 of the Chain Breaker series comes out. September is so far away! Ack!
Read more
One person found this helpful
Helpful
Report abuse

cearbhael
5.0 out of 5 stars An EXCELLENT addition to this series
Reviewed in the United States on June 19, 2021
Verified Purchase
This series shines! Every book brings you closer and closer to understanding! There are truths slowly unveiling themselves to the main character. You will come to know some of the main characters friends much more in this book! A very hard book to set down!
Read more
One person found this helpful
Helpful
Report abuse

Retired Dan
5.0 out of 5 stars Another good book
Reviewed in the United States on July 1, 2021
Verified Purchase
The story just keeps getting better. Nothing seems to get easier for Gavin but he keeps rising to the occasion. His knowledge of his powers are slowly coming to him. Each adversary seems to be stronger than the last. Can’t wait for the next book.
Read more
One person found this helpful
Helpful
Report abuse
See all reviews

Knitty Milly
5.0 out of 5 stars This is a series of books
Reviewed in the United Kingdom on September 7, 2021
Verified Purchase
An excellent series of books. Exciting, magical with wizards and elves. The characters are wonderful and make you want to find out what happens next. I have bought all the books so far.
Read more
Report abuse

Hilary Trott
5.0 out of 5 stars Superlative, just superlative!
Reviewed in the United Kingdom on October 12, 2021
Verified Purchase
Fast paced, thrilling adventure, with hidden reveals on, it seems, every page. A great series, with each individual part of it leading seamlessly on to the next. Fantastic fiction!
Read more
Report abuse

lapper
5.0 out of 5 stars Good read
Reviewed in the United Kingdom on February 1, 2022
Verified Purchase
Book for all ages the characters keep you wanting to read more, to find out about them. A Book for all ages.
Read more
Report abuse

Ian
4.0 out of 5 stars good
Reviewed in the United Kingdom on June 15, 2021
Verified Purchase
Enjoyed the book nothing in particular just enjoyed the read
Read more
Report abuse
See all reviews