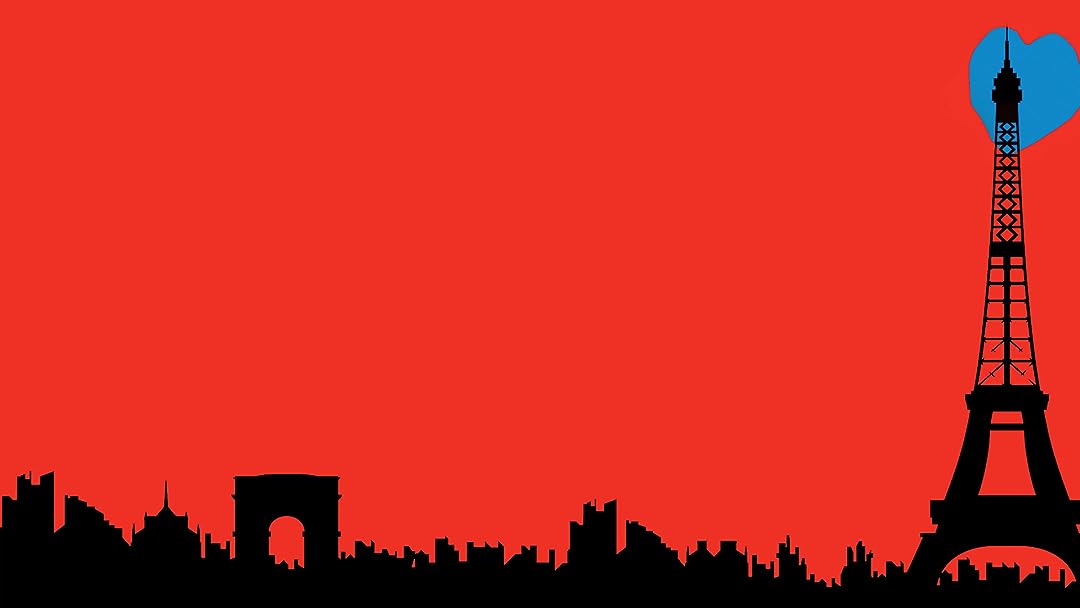 (626)
2h2007R
In this delightful anthology, twenty filmmakers explore the many faces of love in Paris.

SconnishmanReviewed in the United States on July 12, 2018
2.0 out of 5 stars
Paris, où es-tu?
Verified purchase
After reading so many glowing reviews about this film I have to say I found myself a bit disappointed. For one thing, it wasn't exactly the enthralling showcase of Paris that many reviews led me to imagine it was. I was expecting to see much more of the City of Lights than I did. Lots of backstreets, parking ramps, and apartments. Beyond that, few of the vignettes particularly captivated me, and some were just...well...*sigh*(the mime vignette, for example). The English subtitles, furthermore, were, it seems, either inept or flat or both, making the stories seem less interesting, I suppose, than they might have seemed otherwise. By way of an example, in the first episode, the protagonist, a male thirtysomething, complains repeatedly that the women he sees are "grabbed...all grabbed." After puzzling over what he could possibly have meant by that, I finally ascertained by the context (he is hopelessly single) that these women were "taken...all taken," and that "all grabbed" was simply a lousy subtitle translation. I will gladly loan this DVD to someone else in the hopes that they will cherish it for years to come.
14 people found this helpful

airportbabeReviewed in the United States on December 22, 2018
2.0 out of 5 stars
Mostly pointless and a waste of time
Verified purchase
I watched the entire movie wondering if it would suddenly become good. It didn't. To say it was underwhelming would be an understatement. I enjoyed seeing the places I'd visited in Paris but these little vignettes without point, plot or purpose just left me very disappointed.
12 people found this helpful

Liz GalleglyReviewed in the United States on January 6, 2019
5.0 out of 5 stars
Love, love, love this movie!!
Verified purchase
I absolutely LOVED this movie! I loved how it has so many different genres of movie themes, and the actors in each vignet were so perfect for the story. I think you have to have an open mind when watching movies such as this because it's very artistic and most definitely not for everyone. I !oved it so much i bought the DVD, and was ecstatic when insane it on Amazon Prime. You will LOVE it if you enjoy more European movies. I hope you enjoy it as much as I did! ☺☺☺☺
11 people found this helpful

Kindle CustomerReviewed in the United States on July 16, 2019
3.0 out of 5 stars
DISAPPOINTING
Verified purchase
It wasn't magic or delightful. It could have been so much more. I wish they had used all French actors as the American mini-plots were pretty boring. What's the point of a movie called Paris I love you peopled by all these native English speakers. And the men...well some of it bordered on sexual harassment. No means no.
7 people found this helpful

dutchie 66Reviewed in the United States on February 6, 2019
4.0 out of 5 stars
Excellent short venues from wonderful directors
Verified purchase
This was an excellent set of vignettes set in Paris. Each director had a story to tell. Some I wish would have been longer because of the delightful acting. I love to hear French and see Paris but that was just a bonus to these stories. While they all weren't my cup of tea, I was glad to be exposed to all the different directions the stories took us.
5 people found this helpful

GalinaReviewed in the United States on November 29, 2007
4.0 out of 5 stars
"If you are lucky enough to have lived in Paris as a young man, then wherever you go for the rest of your life it stays with you
Verified purchase
... for Paris is a moveable feast." Ernest Hemingway

It is impossible to count how many great talents have immortalized Paris in paintings, novels, songs, poems, short but unforgettable quotes, and yes - movies. The celebrated film director Max Ophüls said about Paris,

"It offered the shining wet boulevards under the street lights, breakfast in Montmartre with cognac in your glass, coffee and lukewarm brioche, gigolos and prostitutes at night. Everyone in the world has two fatherlands: his own and Paris."

Paris is always associated with love and romance, and "Paris, Je T'Aime" which is subtitled "Petite romances," is a collection of short films, often sketches from 18 talented directors from all over the world. In each, we become familiar with one of the City of Light 20 arrondissements and with the Parisians of all ages, genders, colors, and backgrounds who all deal in love in its many variations and stages. In some of the "petite romances" we are the witnesses of the unexpected encounters of the strangers that lead to instant interest, closeness, and perhaps relationship: like for Podalydès and Florence Muller in the street of Montmartre in the opening film or for Cyril Descours and Leïla Bekhti as a white boy and a Muslim girl whose cross-cultural romance directed by Gurinder Chadha begins on Quais de Seine. I would include into this category the humorous short film by Gus Van Sant. In "Le Marais" one boy pours his heart out to another boy confessing of sudden unexpected closeness, asking permission to call - never realizing that the object of his interest does not understand French.

Some of the vignettes are poignant and even dark. In Walter Salles and Daniela Thomas' Loin du 16ème, Catalina Sandino Mareno (amazing Oscar nominated debut for Maria full of Grace) is single, working-class mother who has to work as a nanny in a wealthy neighborhood to pay for daycare where she drops her baby every morning before she goes to work. One of most memorable and truly heartbreaking films is "Place des Fêtes" by Oliver Schmitz. Aïssa Maïga and Seydou Boro co-star as two young people for who love could have happened. There were the promises of it but it was cut short due to hatred and intolerance that are present everywhere, and the City of Love and Light is no exception. Another one that really got to me was "Bastille", written and directed by Isabel Coixet, starring Sergio Castellitto, Miranda Richardson, and Leonor Watling. Castellitto has fallen out of love with his wife, Richardson but when he is ready to leave with the beautiful mistress, the devastating news from his wife's doctor arrives...

I can go on reflecting on all 18 small gems. I like some of them very much. The others felt weak and perhaps will be forgotten soon but overall, I am very glad that I bought the DVD and I know that I will return to my favorite films again and again. They are "Place des Fêtes" that I've mentioned already, "Père-Lachaise" directed by Wes Craven that involves the ghost of one of the wittiest and cleverest men ever, Oscar Wilde (Alexander Payne, the director of "Sideways") who would save one troubled relationship. Payne also directed "14th Arrondissement" in which a lonely middle-aged post-worker from Denver, CO explores the city on her own providing the voice over in French with the heavy accent. Payne's entry is one of the most moving and along with hilarious "Tuileries" by Joel and Ethan Coen with (who else? :)) Steve Buschemi is my absolute favorite. In both shorts, American tourists sit on the benches (Margo in the park, and Steve in Paris Metro after visiting Louvers) observing the life around them with the different results. While Margo may say, "My feeling's sad and light; my sorrow is bright..." Steve's character will find out that sometimes, even the most comprehensive and useful tourist guide would not help a tourist avoiding doing the wrong things in a foreign country.

SambsonReviewed in the United States on July 7, 2017
5.0 out of 5 stars
Great film but my 2nd disc is missing chapters
Verified purchase
I really liked this anthology film. Even the programming of chapter order was excellent. My only issue is with the physical discs. My second disc with the extended 8minute Making Of for each chapter is missing the last 4. Either that or there's some strange way to access them. Is there a 'play all' button I'm missing? The little heart icon for each chapter appears and function for 1-14, but there are no heart icon/buttons for 15-18. Wha'happened?
2 people found this helpful

SavannahReviewed in the United States on May 24, 2022
5.0 out of 5 stars
Best movie I've seen in a long time!
Verified purchase
I was enthralled with this movie from beginning to end. It held my attention the entire time and I loved every bit of it. I just can't say enough about this movie. It's been a long time since I've seen something so clever and well put together.
See all reviews
Back to top
Get to Know Us
Make Money with Us
Amazon Payment Products
Let Us Help You
EnglishChoose a language for shopping. United StatesChoose a country/region for shopping.
© 1996-2022, Amazon.com, Inc. or its affiliates