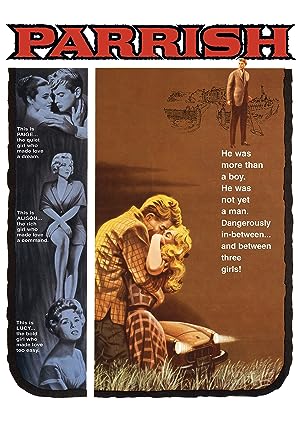 (495)
6.52 h 17 min196113+
An ambitious young man determined to make his fortune, enters high society with little more than his name, his hopes, and the love of his doting mother.

Cheryl G.Reviewed in the United States on February 27, 2018
5.0 out of 5 stars
Good Quality English Language DVD
Verified purchase
This turned out to be a good quality DVD with good picture and sound, no hissing, scratching, etc. I'm not at all familiar with much in the way of technology, and there are so many little things to be aware of, so buying even a DVD is not easy for me. When I saw the box, I was afraid I would be forced to endure those aggravating subtitles that are so very distracting (and ruin the movie for me), but to my pleasant surprise you have the choice of displaying them or not. Nothing to worry about with this DVD, it's in English with options for English, French and Korean subtitles, and has a region code of ALL. Was fun to watch Troy again after all these years in this campy coming of age saga.
6 people found this helpful

Thomas OrmsbyReviewed in the United States on September 13, 2015
4.0 out of 5 stars
Parrish has the The Perfect Cast
Verified purchase
Troy Donahue was not a great actor, but his good looks were enough to get him cast in several popular films of the early 60s, the best of which is Parrish, the movie adaptation of the Mildred Savage novel of the same name. And Donahue was perfect for this role as Parrish McLean, the handsome blonde lad who showed up in the tobacco country of Connecticut for reasons not spelled out, setting several hearts fluttering in the process—three different types of women -- from the sweet innocent school girl to the not-so-innocent spoiled debutante to the sleep-around farm girl.

Parrish’s mother, Ellen, is played by Claudette Colbert with stylish grace, and this was to be her last movie, even though she lived to age 96. Karl Malden, as the ruthless tobacco magnate, Judd Raike takes a shine to Ellen and the two are married, though not forever, as Judd’s drive to own-it-all becomes fully apparent to the disillusioned Ellen.

Parrish’s three love interest’s come in the form of Connie Stevens as the highly available field hand who initially gets Parrish’s attention until he is distracted by the scheming Alison Post, played by Diane McBain, who reminds one in many ways of Kim Novak. The scenes in which she appears are a superb example of some of the best cinematic lighting ever seen. But great lighting ultimately exposes her devious and user nature . . . and Parrish turns to a different choice of women at this film’s end.

We are also treated to the always satisfying presence of Dean Jagger, Alison’s father and the most level-headed grower in this rich tobacco valley.

Parrish is an entertaining, well-written and directed motion picture and holds its own quite well all these years since its debut in 1961.

GeorgeReviewed in the United States on March 13, 2015
5.0 out of 5 stars
An excellent film of all levels
Verified purchase
Well-done soap opera centering on Connecticut tobacco growers. Troy Donahue is the central character and the film follows his growth to manhood
admidst personal and romantic encounters. The film is long but justifiably so. It is entertaining throughout and contains a fine star turn by Troy Donahue. Fine locations and expensive interiors. The film has a finely-tuned expensive look to it. Claudette Colbert, Connie Stevens, Karl Malden
and in particular, Dean Jagger give outstanding performances. Diane McBain is quite lovely and menacing throughout and character actor Dub Taylor is amusing and philosophical throughout. Last but not least, Sharon Hugeny captures just the right quality of a young teen enerting into
womanhood and her love for Parrish is never in doubt for one moment. I have personally seen this film many, many times and never tire of watching it.
8 people found this helpful

GrammyJonesReviewed in the United States on October 5, 2018
5.0 out of 5 stars
Oldie but goodie!
Verified purchase
Bought it because it was filmed in the town where my husband was raised and lived in for the first 37 years of his life! He was only 14 ( and oblivious! ) at the time and not into that kind of thing at all, but at age 71 he enjoyed seeing the old familiar places, especially the old tobacco barns that he used to patrol as one of Windsor, Ct. finest for 25 years!
It is definitely dated by today's standards, but very well done for the time and we enjoyed it!
3 people found this helpful

TetsuReviewed in the United States on November 11, 2000
4.0 out of 5 stars
Nice solid film
Verified purchase
This is a story of families in struggle for Connecticut tobacco, Karl Malden vs. Dean Jagger, with assistance on Jagger's side by Troy Donahue et al.
I have lived near sites that were used in the filming of Parrish, so I guess this is a review with homesickness in it as well as objectivity. That being said, this is a good solid movie with exceptional acting from Malden, Jagger, Claudette Colbert, Dub Taylor and in his own way, Donahue, as the battle for control of prime tobacco land is fought out.
Malden may seem a little over the top in his portrayal of Judd but it is a perfect definition of a man who will stop at nothing to get what he wants. It is this single-mindedness that strikes throughout the film. Unfortunately, Malden is saddled with two "nitwit" sons who do little to take the pressure off. Maybe this is part of what makes Malden's character what it is; the inability to delegate with confidence and so he is doubly forced to compensate for lack of talent in his own organization. Donahue is seen as an unlikely allie for Malden. However, Donahue is unable to acquire the ruthless instincts of Malden and eventually rebels. He is seasoned by an enlistment in the Navy and the submarine service and then returns to do battle with Malden and his family.
There are a number of surprise topics that are tackled, Jagger accepts that he is a rather low key personality, so low key that his wife left him. She was killed shortly thereafter leaving him to raise a daughter single-handedly. He acknowledges that he has not been successful and the assistance of Claudette Colbert to manage her is of little avail. Pregnancy, and if you like, adultery are openly talked about. Loveless marriages litter the landscape of Connecticut throughout this film.
Jagger sees Donahue as a someone can resist Malden and stakes him to land and the opportunity to attempt to hold off Malden's attempts to control the land. Donahue appears to be succeeding as the movie ends. He has met the challenge of Malden, but you don't know if he will win; you think he will but you never really know.
This is an excellent film, capturing an industry and region that is little known. The supporting cast is outstnading and gives the film depth that it needs to succeed. The depiction of migrant labor is especially interesting; again because it is taking place in a region that one wouldn't expect to see it.
Parrish is a must for those with a love/longing for New England as it gives you a little of everything. I highly recommend this film to all.
57 people found this helpful

MacphersonReviewed in the United States on December 16, 2010
4.0 out of 5 stars
Parrish greatly entertains with some depth
Verified purchase
Parrish is an entertaining movie and Delmer Daves created a lush melodrama with great locations and good acting by the cast. The story revolves around Parrish played by Troy Donahue who moves with his mother played by Claudette Colbert to tobacco country in Connecticut. Didn't know they grew tobacco in Connecticut. Beautifully filmed and you can almost smell the lush soil and budding tobacco plants. Romance flurishes with Parrish having his share of beautiful young ladies wanting his attention. Connie Stevens, Diane McBane and Sharon Hugoeny all do great jobs as the young ladies. If you like Connie Stevens as I do, check out Susan Slade which she stars in and is another lush and fun movie, with a message which was unusual for the early sixties. Okay, back to Parrish, great performances by Claudette Colbert in her last movie and also Karl Malden as the power hungry tobacco tycoon. Although remembered as a "coming of age" movie to some at the time I understand, I liked how the Parrish character held his ground and stayed true to his word and didn't sell out to the big corporation - a good message that is an important message in the film. Sit back with some buttery popcorn and enjoy!
3 people found this helpful

NHMovieLoverReviewed in the United States on April 5, 2014
4.0 out of 5 stars
Spirit and determination thats what this is about
Verified purchase
I have to admit I purchased this film for Claudette Colbert and though she did not disappoint, I was just sad to see she really didn't have a huge part. This is really a Troy Donahue film. I never really cared for Karl Malden but I have to say(in his defense) that he was really well cast in his role.

The story is about 3 families in Connecticut that farm Tobacco plants for the leaves for Cigars. Karl Malden plays a ruthless power hungry man who wants to own it all and will stop at nothing. Claudette Colbert plays the woman he marries and Troy Donahue her son from a previous marriage who shows Karl Malden what its like to fight back. Kind of filmed in a soap opera way but the plot was interesting and kept me entertained.
One person found this helpful

Paul RodriguesReviewed in the United States on March 25, 2002
5.0 out of 5 stars
Parrish-The genius of Delmar Daves and Max Steiner
Verified purchase
My wife and I saw this film at a drive in central coastal caif.when first released.I believe the musical scores of Daves films lifted them higher than the scripts alone would allow.Each character or relationship had it's own theme music which would swell as a new scene faded in from black, it was very subtle,but very effective.It put the audience back in contact with the characters without using additional dialog.In the first viewing you may not even be aware of what Daves and Steiner are doing.The same thing happens in A Summer Place,Rome Adventure,Susan Slade It really adds to the enjoyment of the film.Of course it only works when someone of Max Steiners talent scores the films.Delmar Daves,best known perhaps as a director of westerns certainly had the touch to direct romantic films with a message.The skill to get the best performances out of young and inexperienced actors,and the most beautiful visuals and photographic work of that or any other era.His films leave you feeling good,a smile on your face,and your faith in mankind restored.THAT'S ENTERTAINMENT!
22 people found this helpful
See all reviews
Back to top
Get to Know Us
Make Money with Us
Amazon Payment Products
Let Us Help You
EnglishChoose a language for shopping. United StatesChoose a country/region for shopping.
© 1996-2021, Amazon.com, Inc. or its affiliates