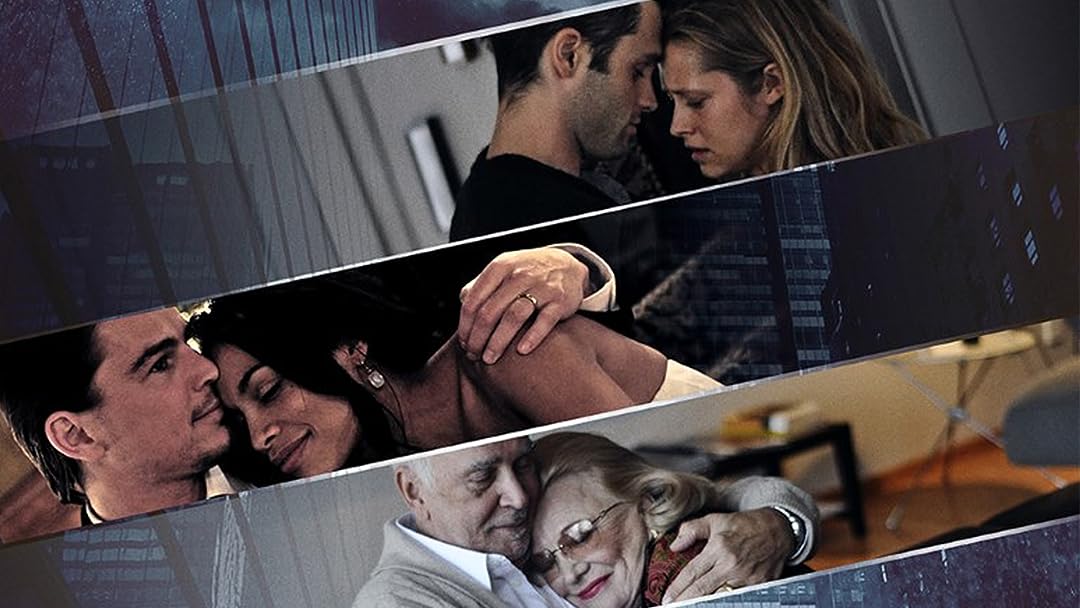 (85)
1 h 38 min2014R
In the midst of a man-made biological disaster, three couples try to find meaning in their lives.

Karl WeaverReviewed in the United States on May 16, 2015
4.0 out of 5 stars
Good Film, Hard to Market
Verified purchase
Perhaps the biggest problem with a film like this is how to market it. Many years ago in a comedy routine, I think Steve Martin was discussing, with a straight face, how to make appealing titles versus bad titles. He said something like "Starting with love always sounds appealing. Like 'Love in the time of...' that will catch people's attention. Then he went on to say you wouldn't want to end that with "the plague". "Love in the time of the plague"--that would NOT be a good title. That's the movie we have here: Love In the Time of the Plague.

Most people writing reviews don't like it; their complaints seem to fall into a few categories: That it's unscientific, as in "The winds don't blow in that direction". That the story isn't linear, and some people found that a bit hard to follow (probably while they were Facebooking at the same time). That they were expecting a hard-on disaster movie and instead what they got was a relationship movie. That there were "too many metaphors". Well maybe it's just trying to establish a bit of cosmic balance, because most movies anymore seem to have NO metaphors at all...

You can separate people into two basic groups: Those who HAVE seen, even owned and used, the EXACT brand of liquid soap referenced in the movie, and those who HAVE NOT! Sadly if you are in the ever-growing latter group, you'll miss the comedy of the references to it here (yes, in my opinion, it was funny).

If you want a disaster movie to play out like some kind of future history lesson, completely plausible and grounded in fact, then what the heck made 2012 so popular? No, I don't think most people care that much really, whether an end-of-the-world story is scientifically completely plausible or not. It's FICTION! Does it tell an interesting STORY or not?

Now we come back to the basic problem of finding your audience. As soon as you describe the essential plot line, everyone thinks, "Oh--a movie about the END OF THE WORLD....hmm...I like those kind of stories (in which case, you probably don't like the movie" or I DON'T like those kind of stories...in which case, you probably don't even bother to watch a movie you might have enjoyed.

Hey--it's not like the end of the world is THAT terrible. [Or, more properly speaking, what appears likely to be the end of mankind]. There's a silver lining to every dark cloud you know. No more rush hours to endure! No more worries about funding social security!

More seriously, I actually did enjoy the film. Yes, it's a bit on the slow side. It also keeps essentially the same pace all the way through. It starts slow...and stays the same. Along the way in what seems a quite simple story, the writer(s)? and director manage to cram in an awful lot of observations about human nature.

These were, generally speaking I thought, quite good actors and actresses appearing in a straight-to-video film, that does not even have any special features available on the DVD (except subtitling--thank God, there's at least that much). So, either they were all desperate for a few dollars, or they all found the story interesting enough that they wanted to be a part of it. Frank Langella, playing the part here of a scientist in the twilight of his years and deeply regretful for the research he did, was the most familiar face to me. Rosario Dawson and Teresa Palmer both just looked so good on the screen I didn't particularly care what they were doing, and Gena Rowlands gave a fine performance as Langella's wife. But pretty much everybody gave good performances.

In summary, this is not your usual disaster movie. Nor horror movie. Nor your usual relationship movie. Nor sci-fi. Certainly not a comedy, though a few scenes were very briefly funny. It does have some elements of all those things, but it's more a musing on the nature of mankind, as seen through three couples in particular. I watched it straight through in one sitting, and found it worth the time spent for one viewing.

BillboReviewed in the United States on November 4, 2018
1.0 out of 5 stars
They should not have bothered making this movie.
Verified purchase
What would a global apocalyptic plague be like? Apparently, it would be as boring as hell, with lousy acting and bad writing. What made this movie bad for me was not its low budget, but its lack of realism in both the characters and its half-hearted depiction of what an event like this would really be like. You can try watching this thing, but you may not make it through to the end.
One person found this helpful

H.S.Reviewed in the United States on June 27, 2019
5.0 out of 5 stars
The only thing that disappointed me are the reviews.
Verified purchase
This movie is wonderfully thoughtful. There is no hero or climactic point, it is real. It makes you think about how you would react in the same situation. Yes, it is sad. Not all stories have happy endings. I did not feel as though I wasted time watching this movie. And, I love Teresa Palmer!
2 people found this helpful

BlueVistaGTReviewed in the United States on June 23, 2016
3.0 out of 5 stars
Wait, What?
Verified purchase
There are two schools of thought when it comes to humans destroying themselves or not: 1.) those who believe that the human race can learn from its mistakes and not destroy itself. 2.) those who believe that the end is near and that there is no hope in sight and we're all destined to destroy ourselves. This movie explores the lives of three couples and how they react to and deal with the news of a deadly biological agent that's been unleashed somewhere in the Middle East and slowly spreading to the East coast. While all three couples are aware of the impending doom, not all are prepared or willing to face the challenges ahead. Actress Rosario Dawson does bring up one interesting point while safely hunkered down in a sealed off basement with her fiancé while waiting for conditions to improve over time; she asks herself whether it would be worth it to survive only to emerge from her protected space and deal with the macabre scene that awaits or just give up and accept her fate. Decisions, decisions...Anyway, I would have given this rental 1 star, but since I'm partial to anything that Teresa Palmer stars in, this automatically bumps my rating up at least 2 more stars.

KMovieLoverReviewed in the United States on August 16, 2019
3.0 out of 5 stars
An ethereal float through global genocide
Verified purchase
I think this movie did a worthwhile and meaningful job of what it set out to do. Which is exploring the dynamics behind why humans seem to be trapped in an irreversible self destruction holding pattern. Whether you think that it is boring or poignant is up to you. I thought it was a bit of both.

joe01880Reviewed in the United States on June 20, 2014
1.0 out of 5 stars
Nothing to see here folks.
Verified purchase
This is a terrible movie. We watched, waiting for it to get better, waiting for it to get climactic but it never did. All of a sudden I it was over.
I almost bought it at a store due to the name and plot description BOY am I glad I didn't. I'm sorry i rented it and you will be too.
9 people found this helpful

gary pinkertonReviewed in the United States on October 14, 2014
2.0 out of 5 stars
if you have 2 hours to spare out of your life, and i dont say that lightly then i would rent this movie (dont buy)
Verified purchase
oh wow if you want to sit through a two hour movie that means nothing and you will forget about it tomorrow but remember enough to know that you would never watch it again this is your movie. Sorry I sat through the whole thing it had a pretty good storyline and I kept thinking it was going to get better. Then I ended up watching so much of it I had to finish it (keep in mind it was out of principle not because the movie was worthy of sitting through it). The worst thing is the movie just ended bam here it is the end good bye and thank you for your 9 buck.
One person found this helpful