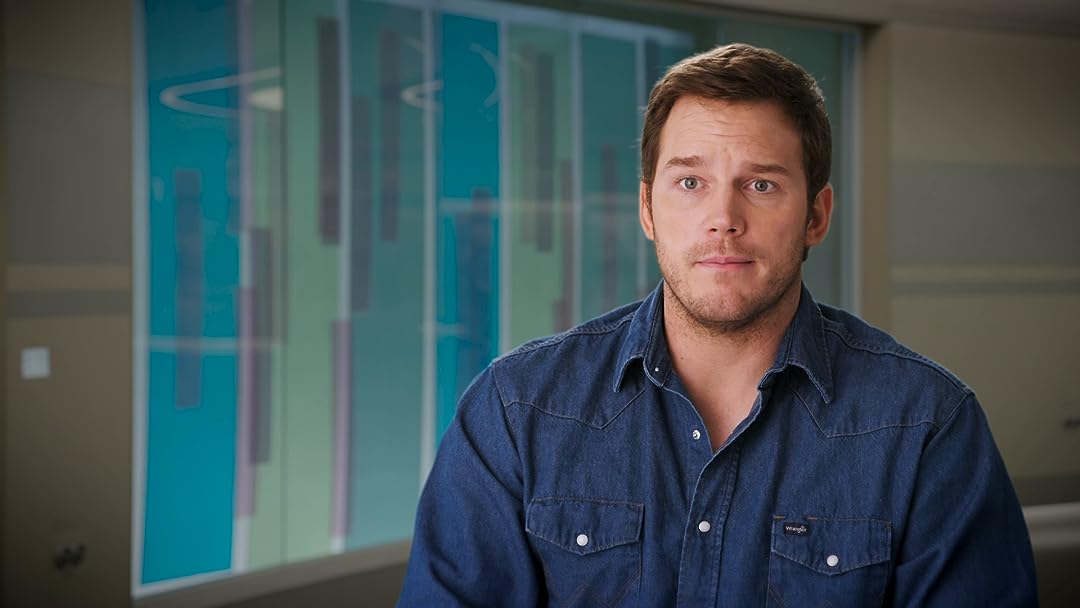 (1,799)
7.02 h 15 min2016X-RayPG-13
Includes 20 minutes of behind the scenes with Chris Pratt, outtakes and more! Watch the trailer for an extended preview! Jennifer Lawrence and Chris Pratt star in an adventure about two passengers traveling to a new planet when their spaceship malfunctions.

P. G. McFinniganReviewed in the United States on March 9, 2017
5.0 out of 5 stars
I liked it.
Verified purchase
The plot is really basic. Spoiling any of it would spoil a good chunk of the movie, since not much actually happens. Most of the movie is interaction between the two main characters, and I thought it was really well done. One thing, watching the bonus content, I think they actually did a good job cutting the scenes out, especially the scene with Jennifer Lawrence and Chris Pratt on the video call. I was like "Ouch. What a gigantic a-hole." But it was still interesting to see, and I enjoyed the bonus features as a whole.

I liked the technology in the movie. From Star Wars to Galaxy Quest, my favorite things are the light sabers, lasers and every other type of gadget they come up with. If not for the technology, it would be just another drama. This movie does not disappoint. It's familiar yet futuristic. And I like that Pratt's character is an engineer, because you get to see him tinker with the technology more than someone "less inclined" would do.

At the end of the day, it's a drama in space. I thought it was a great story because of the science fiction setting. If you're looking for action, I would look elsewhere. The danger does not seem very pressing until the last part of the movie. If you want a good story done by great actors in a neat background setting, I highly recommend the movie.

IsabellaReviewed in the United States on March 9, 2017
5.0 out of 5 stars
Great movie -- don't believe bad reviews!
Verified purchase
I thoroughly enjoyed this movie and yet again found myself perplexed by the negative reviews. Jennifer, Chris and Michael Sheen were completely believable and entertaining, and the story was fascinating to me with just the right mix of thriller and love story. I highly recommend giving it a try!
48 people found this helpful

emilyReviewed in the United States on March 24, 2017
5.0 out of 5 stars
Slow but wonderful
Verified purchase
Five star review for multiple reasons.
1) Fine, wonderful acting from Chris Pratt, Jennifer Lawrence, Laurence Fishburne, and Michael Sheen. Stunning work by Pratt in the portion of the movie he did solely by himself.
2) The graphics were beautiful and not overdone.
3) The story was, yes, very slow, and yes, a bit predictable. That being said, it is a love story and far more about the emotional journey of the individuals than anything else. The action sequences were good, but the big impact scenes were definitely the ones with quiet, intense emotion portrayed.

Ignore the negative reviews. It is a wonderful, emotional movie that I highly enjoyed and brought me close to tears a few times.
19 people found this helpful

K R TReviewed in the United States on August 12, 2017
5.0 out of 5 stars
Interesting and well done. I did watch it twice!
Verified purchase
So what would you do if you were all alone, stranded on a deserted island??....Wait, I mean very large spaceship for the rest of your life....would you not want company? Well the main character is not alone, technically. He is on a ship with a crew and passenger of many people that are not set to wake up for 90 years!
Morally this begs the hard question of....is it taking a life to wake another so you are no longer alone?

This played out very well as far as storyline. I found this well made, full of adventure, good dialogue and interesting story, beautiful scene. The cast was good, yes, cast! There were more than two actors, but won't spoil the story. It does have a good ending.
6 people found this helpful

Mark MReviewed in the United States on May 10, 2020
1.0 out of 5 stars
awful
Verified purchase
hated it.
super boring in the beginning,
then really predictable changes to what was going on, all morally ridiculous, and
in the end, just one heck of a disappointment.
That woman cannot act. She's all pretty face + no talent + no ability.
The story was as bad as her acting.

WOuld get a refund if possible. I thought no movie could be as bad as Prometheus. I was wrong.
One person found this helpful

EugeneReviewed in the United States on August 17, 2017
5.0 out of 5 stars
Melancholy, Unique, & Intriguing
Verified purchase
Passengers is a unique, intriguing, and grossly underappreciated film that unfortunately got some negative publicity from the "politically correct" crowd. What's worse is the negative publicity is something that could have been entirely avoided if the script writers had chosen a different way for our two "passengers" to make their first appearances in the film. Nevertheless, I love this movie; the atmosphere, music, and "sci-fi design" is really well done, and despite the simple storyline, I could have easily enjoyed another 45 minutes of "ship exploration & recreation" time to the film's 2 hours and 15 minutes. As expected, Chris Pratt and Jennifer Lawrence play their roles flawlessly.
6 people found this helpful

QvoxReviewed in the United States on October 31, 2019
4.0 out of 5 stars
I liked it.
Verified purchase
The movie had absolutely great production value, the effects were excellent. I personally liked the story and script, it's by no means hard science fiction, but it's fun. I thought the acting was good, not oscar level good, but professional. It's the kind of science fiction movie your none-geek wife or girlfriend will enjoy.
2 people found this helpful
See all reviews
Back to top
Get to Know Us
Make Money with Us
Amazon Payment Products
Let Us Help You
EnglishChoose a language for shopping. United StatesChoose a country/region for shopping.
© 1996-2022, Amazon.com, Inc. or its affiliates