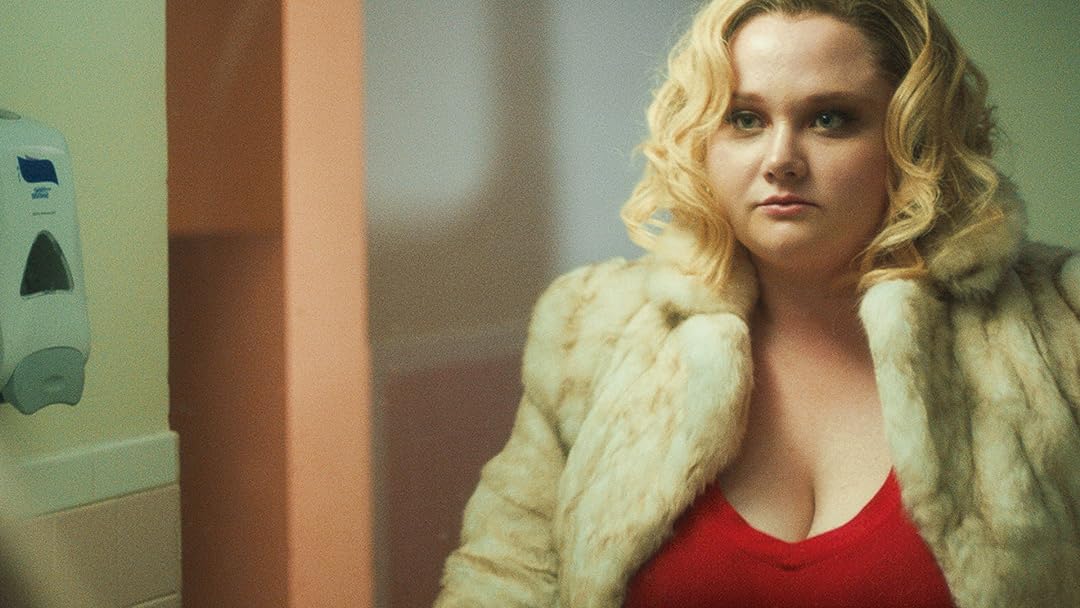 (330)6.82017R
With humor, raw energy and some unforgettable beats, this coming-of-age story follows an unlikely rapper who finds her voice as a one-of-a-kind hip-hop legend in the making.

JWMReviewed in the United States on January 16, 2018
4.0 out of 5 stars
Really great cast and performances!
Verified purchase
It took me a long while to sit down and watch this movie. I'm not a big fan of rap music, but I am a big fan of Bridget Everett. That being said, it didn't take long for my eyes to open to the creative geniuses of artist in the rap genre. Bridget Everett is an amazing vocalist, and it's great to see her branching out into acting roles, even if sometimes they are supported by her stunning vocal abilities. The fact that Danielle Macdonald, the young Australian actress that plays the role of Patti Cake$, had to speak with a slight Jersey accent, and also learn to rap for all the performances, is reason enough to watch this movie....and maybe watch it again.

The characters, as well as the story line is not really that attention grabbing, however the performances are, if that makes any sense. Kind of the reason I like watching John Travolta in the 1983 movie "Staying Alive", not for the story, but for the performance. The exception is, the character Nana, who steals more than a few scenes.

Now that some of the soundtrack is on replay in my head, I may have to watch it again. Thanks AMAZON PRIME!... PBNJ, yo PBNJ!!

S. VecchioReviewed in the United States on February 15, 2018
5.0 out of 5 stars
obese teen who writes and delivers rap with the best of them
Verified purchase
A well-written, directed, Indie film with an impressive cast headed by the fabulous, Danielle Macdonald.

This Australian actress plays Patti Drumbowski, a white, female, obese, young woman, barely out of her teens, who writes and delivers rap with the best of them.

Patti is working hard to make it in the business, and out of the lower class New Jersey town, where her lifetime nickname, "Dumbo" still plagues her.

She lives with her currently alcoholic, and formerly sexy, rock lead singer, mother, and disabled grandmother.

Patti is the "adult" in the family, supporting the three of them on a part-time bartending job and any other work she can find, while she shares in caring for her grandmother, who she adores.

Bitter, and unable to cope with aging, Barbara, Patti's mom, who was once a minor star singing in bands, even getting a contract and album released, has a love hate relationship with her daughter, and discourages Patti"s aspirations every chance she gets.

I didn't waste any time renting "Patti Cakes", when I saw it on Amazon, and even more so when I read Danielle is Australian and had to learn to rap, AND deliver it in a New Jersey accent!
Quite a challenge for a young actress, who handily carried this film, with the support of an excellent performance by Bridgette Everett, who played her mother, and an absolute, tour de force performance by the wonderful, accomplished veteran, Cathy Moriarty, Patti's grandmother.

ADDENDUM:
Danielle Macdonald gave a stand-out performance in a fantastic movie several years ago. She played a young teen, with Diane Lane, Elizabeth Banks, and Dakota Fanning about two teenage girls who had just been released after 8 years in juvenile detention for kidnapping and allowing a baby to die, "Every Secret Thing." See it! It would give a good perspective seeing Danielle in a starring role in an American film, at even an earlier age.
4 people found this helpful

Goodwife WeaverReviewed in the United States on April 14, 2018
5.0 out of 5 stars
Fantastic acting, really wonderful.
Verified purchase
Decided to watch thus after reading an article by a black reviewer who said she expected to be angry about cultural appropriation going into this movie, but came out rooting harder for the lead than she ever had in any movie before. I have to agree. Patti Cake$ makes it impossible not to adore its lead, as well as almost every other character she is close to. It manages to inject humor into relatively humorless material and really makes you care deeply for the characters. The acting is flawless. Especially impressive knowing the main character is played by an Australian actress who never rapped in her life. Totally enjoyable and satisfying. Highly recommended.
4 people found this helpful

IntoMoYouKnowReviewed in the United States on February 15, 2018
4.0 out of 5 stars
Nearly 5-star debut from a director worth remembering
Verified purchase
As debuts go, "Patti Cakes" is right up there with some of the better efforts. There's a lot which could have gone wrong, but Geremy Japser does a fine job of uniting a lot of disparate ideas. Like a lesser "8 Mile," this story focuses on a white person's thirst to be taken seriously as a rapper, by both her peers and by her family. Race, class, poverty, and size all play a part in the telling of hustling for respect and money.

To be honest, much of the film is predictable in its plot and its desire to present a diverse set of voices. The central rap group in the film, PBNJ, is made up of an African-American producer into metal, an Indian hype man, a large white woman as the MC, and her grandmother. "Quirk" is the word for these ideas, and yet, it all works fairly well. The music, and how it comes together, is catchy, and all of the actors are on-point, even an unrecognizable Cathy Moriarity as the grandmother.

Despite all of it, "Patti Cakes" is a film that feels real, feels gritty, and feels like today, while still giving off that classic NJ "f***-em" attitude. This is a film with a Springsteen soundtrack that earns its right to use The Boss. The film only ever improves as it reaches its conclusion. I'd recommend this to anyone who likes an underdog's story.
4 people found this helpful

MichelleReviewed in the United States on January 30, 2018
5.0 out of 5 stars
Overall, a wonderful movie. Better than "Lady Bird"
Verified purchase
I loved everything about this movie. The actors, the rapping, and the story. I'm incredibly impressed by Danielle's performance because it was not an easy role to play. I love how they paint Patti as a lower class female who is working her butt off to help support her family and also pursue her dreams. I love the mother and daughter relationship because it really adds to Danielle's character in the sense that she also identifies her mother's struggles and is compassionate towards her. This is what true independents look like and it needs more attention. In my opinion, it is much better than "Lady Bird".
4 people found this helpful

Jeffrey Lee HollisReviewed in the United States on December 14, 2018
5.0 out of 5 stars
Surprisingly Good!
Verified purchase
A movie about a chubby white girl rapper? What? Yep...but it's surprisingly good! I sympathized with the lead character's plight from the beginning and by the end, I was in tears. Do not miss this film!
2 people found this helpful

B. BeckerReviewed in the United States on May 18, 2021
5.0 out of 5 stars
How did we miss this gem?
Verified purchase
Just about: the best New Jersey movie ever. And one of the best show-biz movies ever, even though a lot of it takes place in a cemetery. Every single role is cast and acted to perfection. Utterly original and a huge amount of heart, and I finally, really started to "get" rap. But even if you hate it, you will love this.

teacher/momReviewed in the United States on May 12, 2018
4.0 out of 5 stars
Good moview for under dog hope
Verified purchase
Started watching this on the airplane--gogo entertainment and had 5 mins remaining at touch down, but really wanted to see the end. Good moview for under dog hope. In some ways a bit unrealistic, but don't we get lost in movies--who wants reality
2 people found this helpful
See all reviews
Back to top
Get to Know Us
Make Money with Us
Amazon Payment Products
Let Us Help You
EnglishChoose a language for shopping. United StatesChoose a country/region for shopping.
© 1996-2021, Amazon.com, Inc. or its affiliates