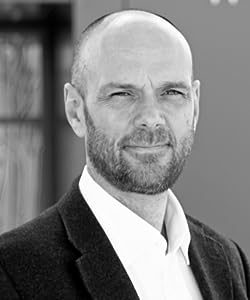 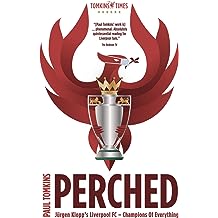 Perched: Jürgen Klopp’s Liverpool FC – Champions Of Everything Aug 25, 2020
by Paul Tomkins
( 6 )
$9.19
Champions! After a 30-year wait, Jürgen Klopp's Liverpool won the English league title quicker than anyone in history, with seven games still to play; and with those final games played only after the season was almost cancelled in the wake of the Covid-19 pandemic. The Reds absolutely smashed the opposition, racking up a record-breaking 25-point lead during the run-in, adding the European Super Cup and the Club World Cup to the Champions League of 2019, before confirming the championship to get the club back on its perch in 2020.This book takes a look at the games, the players and management team, tactics and transfer policies, ownership and innovations, and the myriad facets that came together to make this Liverpool team – reigning European champions, with stars like Mo Salah, Virgil van Dijk, Alisson Becker, Trent Alexander-Arnold, Roberto Firmino, Sadio Mané and captain Jordan Henderson – ranked the 4th-best in the history of football.About the author: Paul Tomkins is the author of over a dozen football books, an academic paper on the role football finances play in success, and the novel The Girl on the Pier. In addition, he was a columnist on the official Liverpool website between 2005 and 2012. In 2009 he set up the website The Tomkins Times.Praise for the work of Paul Tomkins and The Tomkins Times:“[Paul Tomkins’ work is] … phenomenal. Absolutely quintessential reading for Liverpool fans.”The Redmen TV“The Tomkins Times is an indispensable website whose diagnosis of all things Liverpool is beyond compare.”LFCHistory.net“The best Liverpool FC writer, bar none.”Vic Gill, Bill Shankly’s son-in-law and former LFC trainee.“Perhaps the most intelligent guide to LFC available on the internet.”The Independent on Sunday“Gold-dust analysis”John Sinnott, BBC“[Football analysis] is best left to the professionals, like the admirable Mr Tomkins.”The Daily Telegraph“An ingenious and intelligent look beneath the surface to reveal what the headlines too often don’t tell us. Fascinating.”Jonathan Wilson“Another triumph of impeccable research, Pay As You Play brings much-needed factual insight to a discussion previously dominated by half-truths.”Oliver Kay, The Times“Liverpool do happen to be blessed with supporters whose statistical analysis provides a lucid interpretation of where the club’s strengths and weaknesses lie, accessible through the Tomkins Times website.”The Independen
Read more
Other Formats: Paperback 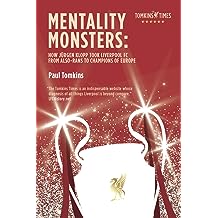 Mentality Monsters: How Jürgen Klopp Took Liverpool FC From Also-Rans To Champions of Europe Jul 5, 2019
by Paul Tomkins
( 107 )
$9.99
Fireworks fizzed and popped and sprayed as the phalanx of scarlet coaches inched along the streets. Flares and smoke bombs spread a red mist across Merseyside, explosions of sparkling confetti shot again and again from an air cannon into the blue skies, as the best part of a million Liverpool fans thronged the route, sitting astride traffic lights and hanging out of windows, risking life and limb to get a glimpse of the returning heroes. Jürgen Klopp, lager bottle in hand – one leg slung over the back of the open-top bus – looked at his clenched fists, then extended one finger, then two – until, one by one, he had counted to six. Another huge grin in the pyro glow, before, half-cut, he almost fell off the back of the bus.

For a sixth time.

This is the story of how Liverpool went from no-hopers in 2015 to the kings of Europe four years later.

Paul Tomkins is the author of over a dozen football books, an academic paper on the role football finances play in success, and the novel The Girl on the Pier. In addition, he was a columnist on the official Liverpool website between 2005 and 2012. In 2009 he set up the website The Tomkins Times.

Praise for Paul Tomkins and The Tomkins Times:

“The Tomkins Times is an indispensable website whose diagnosis of all things Liverpool is beyond compare.” LFCHistory.net

"Perhaps the most intelligent guide to LFC available on the internet." The Independent on Sunday

“[Football analysis] is best left to the professionals, like the admirable Mr Tomkins.” The Daily Telegraph 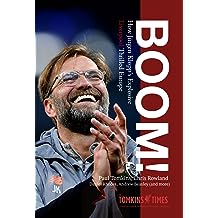 Boom!: How Jürgen Klopp’s Explosive Liverpool Thrilled Europe Jun 2, 2018
by Paul Tomkins , Chris Rowland , Daniel Rhodes , Andrew Beasley
( 24 )
$8.99
Irrespective of the outcome of a controversial Champions League final, 2017/18 had already proved an historic and scintillating season in Europe for Liverpool FC; smashing the competition's record for the most goals in a single season, as the Reds racked up almost 50. As money increasingly dominates the Premier League landscape, Jürgen Klopp proved once again that he can take undervalued resources and create a thrilling team, centred around the joyous interplay of Mo Salah, Roberto Firmino and Sadio Mané.

Liverpool were 40-1 outsiders at the outset, with a team of misfits, rejects, journeymen and discards, who, it transpired, just needed the right coaching and direction. This is the story of an eventful season, with a slow, difficult start, and where, at the halfway point, the club was forced to sell its 'best' player, yet went from strength to strength.

Boom! is the story of this exciting campaign as told in rich and varied ways by fans at the games, and by The Tomkins Times' coterie of acclaimed writers and authors.

Paul Tomkins is the author of over a dozen football books, an academic paper on the role football finances play in success, and the novel "The Girl on the Pier".

Chris Rowland is the editor of The Tomkins Times, and the author of "From Where I Was Standing: A Liverpool Supporter's View of the Heysel Stadium Tragedy"

Daniel Rhodes, deputy editor of TTT, has edited several of The Tomkins Times' books, and contributes to the Anfield Index podcast.

Andrew Beasley is a freelance football writer who has written for several leading football websites, and been part of TTT since its inception in 2009.

"The Tomkins Times is an indispensable website whose diagnosis of all things Liverpool is beyond compare." LFCHistory.com
Read more
Other Formats: Paperback 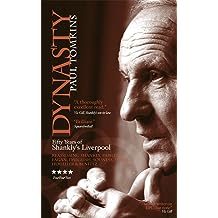 Dynasty: Fifty Years of Shankly's Liverpool Oct 9, 2013
by Paul Tomkins
( 11 )
$3.99
Fifty years of unparalleled success: an incredible 35 major trophies in five decades. But how was that success achieved? And how can those successes (and failures) be measured against one another? "Dynasty" sets the context for such analysis, examining the obstacles each manager faced and the fortune they had along the way. Which manager did the best job? What situation - and what players - did each inherit? What state was the club in, politically and financially? How expertly were they assisted by their coaching staff? How much did they spend, in relative terms? How did each of their signings pan out? What legacy did they bequeath? How dominant, rich and/or well-managed were rival teams? In addition to all this, there's a look at each Liverpool manager's record in the main competitions, as well as what they, and other key personalities, had to say, all of which make "Dynasty" the most complete assessment of the club during the ups and downs of the last fifty years.
Read more
Other Formats: Paperback 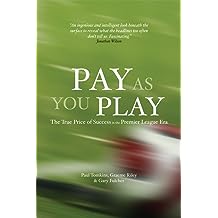 Pay As You Play: The True Price of Success in the Premier League Era Oct 29, 2010
by Paul Tomkins , Graeme Riley , Gary Fulcher
( 15 )
$7.99
As billionaire 'super-benefactors' fight for the right to own English football clubs, "Pay As You Play" takes a detailed look at the correlation between success and transfer spending. Tactics, motivation, fitness and luck play a part; but is an expensive squad increasingly essential for success? Which managers have excelled in the transfer market? And who blew their budgets on bad buys? Which clubs punched above their financial weight, and which ones punched well below theirs? What players proved to be great value for their price tag, and who ended up as a shocking waste of money? By converting all Premier League transfer fees since 1992 to current-day prices - using our specially devised Transfer Price Index (TPI) system to give precise 'football inflation' figures - teams could be accurately assessed against one another, whether from 1993 or 2010. How would the prices paid for Dean Saunders, Roy Keane or Frank Lampard compare with Thierry Henry, Wayne Rooney or Robinho? All 43 clubs to have played in the Premier League up to May 2010 are analysed, with noted writers and journalists - including Jonathan Wilson, Gabriele Marcotti and Oliver Kay - also providing their views on the club they support or report on. All in all, it makes for an entertaining and revealing read on the world's most popular game, and its most appealing league.


Reviews
"An ingenious and intelligent look beneath the surface to reveal what the headlines too often don't tell us. Fascinating." Jonathan Wilson, author of 'Inverting the Pyramid: A History of Football Tactics'

"For years we've judged football and football people without the analytical tools to do it properly. Finally a book that attempts to do so intelligently. Hopefully a harbinger of more to come!" Gabriele Marcotti, author, journalist, broadcaster"
Read more
Other Formats: Paperback 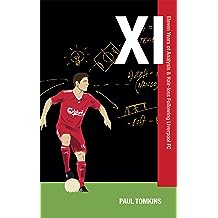 It’s all present: being in Istanbul and Athens for the two Champions League Finals; the ownership wrangles, sackings, and returning heroes; spending exclusive time with Rafa Benítez and John W Henry; and witnessing a team lurch from becoming Champions of Europe and challenging for the title to appearing a million miles from winning anything.
Read more 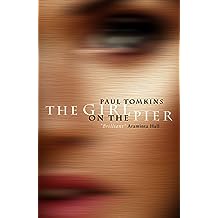 The Girl on the Pier Oct 23, 2014
by Paul Tomkins
( 78 )
$4.99
Abandoned time and again by those he holds dear, Patrick Clement is forging a reputation as a forensic sculptor, helping to identify the unclaimed missing. But he can’t leave behind a remarkable summer night in 1993, spent alone on Brighton’s derelict West Pier with Black, a beautiful photography student. Patrick is haunted by the fact that no sooner did he get to know her than she disappeared from his life...

Who is this girl? And where is Black, the one who got away?

Decades on, while at work, Patrick is tasked with reconstructing the skull of an unidentified girl found on the pier in the 1970s – the pier he still thinks about. A crime he recalls from childhood, when his family life was in turmoil, Patrick works to discover the truth behind what has happened.

Set in Brighton, The Girl on the Pier spans several decades, from the seventies to the present day. Inspired by literary novelists such as Ian McEwan, Anne Tyler and John Updike, Paul uses vivid images to make the reader feel as though they are right there in the story. The Girl on the Pier will appeal to lovers of psychological thrillers and suspense novels.
Read more
Other Formats: Paperback 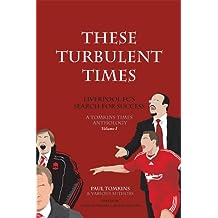 These Turbulent Times - Liverpool FC's Search for Success Jul 4, 2013
by Paul Tomkins , Chris Rowland , Daniel Rhodes
( 3 )
$4.99
These Turbulent Times gathers together the best articles to appear on the award-winning Tomkins Times website since its inception in 2009, covering all aspects of Liverpool FC's fortunes in that time. The analysis encompasses a wide range of styles and approaches, including: straight opinion pieces; historical reporting on major events; in-depth tactical reviews; professional data analysis on a number of statistical issues; legal issues courtesy of a prominent football lawyer; and exclusive interviews with key personnel at the club. It includes many pieces that have only previously appeared behind the site's paywall.
Read more