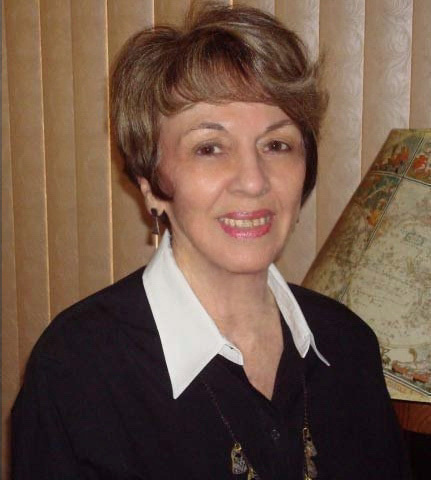 Paula Moore, a New Mexico native, retired from the position of Executive Assistant to the President at New Mexico State University. Her book, Cricket in the Web: The 1949 Unsolved Murder That Unraveled New Mexico Politics, won four awards: The Dona Ana County Historical Society 2009, the New Mexico Historical Society 2009, New Mexico Press Women 2009, and Friends of Branigan Library Author Award 2009. Her newest book, Matinee and Evening: The Story of Actors Abby Lewis and John Seymour, was published (E-version 2013) and (paperback version) 2014 by Brighton Publishing. Paula began in poetry and fiction but discovered an easy obsession with the true experiences of people, especially if they are great storytellers. Video trailer at www.facebook.com/pages/BrightonPublishing-LLC/264547203657506. 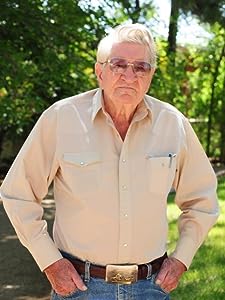 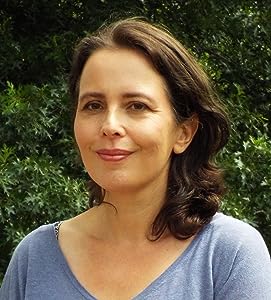 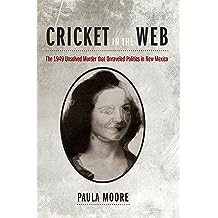 Cricket in the Web: The 1949 Unsolved Murder that Unraveled Politics in New Mexico Mar 16, 2009
by Paula Moore
( 33 )
$9.99
Ovida "Cricket" Coogler was last seen alive entering a mysterious car driven by an unknown man in downtown Las Cruces, New Mexico, around 3:00 on the morning of March 31, 1949. Seventeen days later, her body was found in a hastily dug grave near Mesquite, New Mexico. The discovery of the eighteen-year-old waitress's body launched a series of court inquiries and trials that would reshape the direction of New Mexico politics, expose political corruption, and spawn generations of rumors that have polarized opinions of what happened to Coogler that windy March morning.

Containing elements of mystery, conflict, power, fear, sex, and politics, the Coogler case has outlasted the brief amount of attention that most local unsolved murders receive. In this exhaustively researched study of the murder and its aftermath, Paula Moore provides the first objective account to examine the infamous murder and the events that unfolded in its wake.

Paula Moore is the former executive assistant to the president of New Mexico State University. She is coauthor of One Man's Word: A Seven Decade Personal History. She also wrote Matinee and Evening: The Story of Actors Abby Lewis and John Seymour.

". . . a meticulously researched book that gets as close to the truth as we are likely to get. Moore's narrative is more than just a rehash of an old case; it is a graphic snapshot of life in Las Cruces after World War II."
-- Tucson Citizen


". . . for people unfamiliar with the case and those who want a well-researched look at the crime and its aftermath, Cricket in the Web delivers the goods."
-- Santa Fe New Mexican


"Cricket in the Web provides a fascinating glimpse into life in a small, politically corrupt New Mexico town in the late 1940s. It also shows that however tragic the murder of young Ovida 'Cricket' Coogler was, her death had a remarkable impact on the life of many people, and who murdered her and why is one of the most enduring mysteries in New Mexico history."
-- Justice Denied, The Magazine for the Wrongly Convicted


"In the early morning of March 31, 1949, Cricket [Coogler] had the worst date of her life. She got into somebody's car alive and left it dead. She was just 18. . . . Because the mystery remains unresolved, we don't find out who committed the crime. But [Paula] Moore does provide a well-documented timeline of events on Cricket's last night, and she tells what happened to all the players in the story."
-- Pasatiempo (Santa Fe, NM)


"...[Moore] makes sure that her readers keep turning the pages to find out 'what happened next.'"
-- The Journal of Arizona History
Read more
Other Formats: Hardcover , Paperback 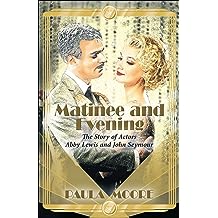 Matinee and Evening “The Story of Actors Abby Lewis and John Seymour” Jan 13, 2014
by Paula Moore
( 2 )
$5.99
Matinee and Evening tells the story of Abby Lewis, a beautiful, strong, and determined actress, and her husband, the charming, sophisticated actor John Seymour. Their love story spans more than five decades, through many trials and triumphs.
Much of the background for the story was gleaned from the stars’ extensive collection of letters, journals, and other official papers housed in the Institute of Historical Survey Foundation in Abby Lewis’s home town of Mesilla Park, New Mexico.
The title comes from Abby’s oft-repeated abbreviations “Mat.” and “Eve.” in her diary, indicating a long day in which both a matinee and an evening performance of a play were required.
As the title indicates, the two performers enjoyed long, busy careers in their chosen profession. For the general public, except those few who listened carefully or studied the quick-rolling credits, their names were often lost in the crowd, but they were well known and respected by many of the top names in the entertainment industry.
Matinee and Evening reads like a Who’s Who of show business. Seymour, who came from a long line of actors, grew up in Broadway theaters and was on a first-name basis with many of its brightest stars, including the famous Barrymore clan.
Abby Lewis arrived in New York in the 1930s as an unknown, but found success on the stage. Both of them stayed busy as they lived through the golden days of radio and made the transition to film and TV.
Matinee and Evening gives an insider’s look into the trials and rewards of life as an actor. It paints a compelling portrait of a couple who “made it” in an extremely competitive field.