Paved With Good Intentions and millions of other books are available for Amazon Kindle. Learn more
Share <Embed>
Have one to sell? Sell on Amazon 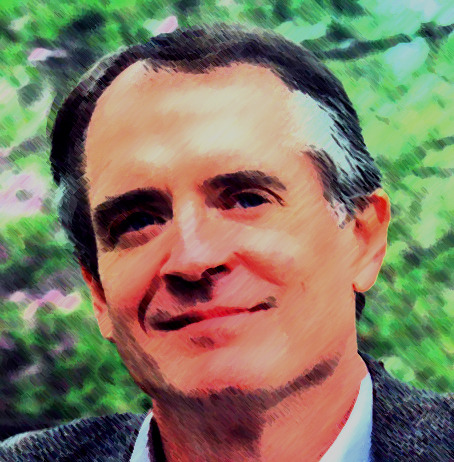 Inspire a love of reading with Prime Book Box for Kids
Discover delightful children's books with Prime Book Box, a subscription that delivers new books every 1, 2, or 3 months — new customers receive 15% off your first box. Sign up now
click to open popover

Arguing that white racism is more an excuse for black failure than an explanation, Taylor ( Shadows of the Rising Sun: A Critical View of the Japanese Miracle ) challenges racial orthodoxies, but with very limited success. Ranging through studies and press accounts, Taylor effectively catalogues numerous black excesses in the name of solidarity (such as jurors' defenses of former D.C. mayor Marion Barry, ultimately convicted of one charge--possession of cocaine--of 14 brought against him); he notes that blacks commit far more interracial violent crimes than whites do; he criticizes "race-norming" in employment tests; and he dissects studies concluding that police are more likely to shoot blacks (instances of shootings, he argues, are in fact proportionate to arrests for violent crime). But Taylor, who is white, too easily dismisses the notion of institutional racism; he simplistically argues that Asian achievements prove that American racism is not so great an obstacle to success; and he can't understand the role of black-only organizations. Arguing that the problem of the underclass is mainly a moral one, Taylor disregards economics. Instead, he calls for get-tough police practices, favors mandatory, no-appeal death sentences for drug dealers and suggests that to combat "reckless procreation" the government should require female welfare recipients to use the contraceptive Norplant. His blurred distinctions between the "underclass" and blacks reveal his biases.
Copyright 1992 Reed Business Information, Inc.

Read more
Start reading Paved With Good Intentions on your Kindle in under a minute.

Break Shot by James Taylor
The new audio memoir. Hear what happened before anybody knew his name. Listen free

Look up Jared Taylor on Wikipedia. It immediately identifies him as a "white nationalist" and "white supremacist," whatever those words mean these days.

Now read this book. What do you see?

I see common sense factual dialogue about race, things that I and I'm sure many others have experienced. To deny the reality of what Jared Taylor courageously reveals here is to bury one's face in the sand.

This is the beginning of the end of real 21st century racism, a racism that does discriminate based off of race. This is a book about double standards and a corrupt society trying to chain itself down with ideas about "white guilt."

I would recommend this book to anyone, especially open-minded people who still naively believe that "diversity is a strength."

yes I am conservative
5.0 out of 5 stars Excellent READ that applies more so today!!!
Reviewed in the United States on March 12, 2018
Format: Kindle EditionVerified Purchase
I have read many books on race relations and this book ranks as one of the best!! The information contained in this book is clear, factual, and common sense conclusions formulated based on actual events. I believe, quite sadly, that this book applies more so today than when it was written and will be relevant for a very long time to come. It is depressing to believe this. But, when you have, double standards, tribalism, hypocrisy, untruths at every turn, the inability to forgive, the inability to have gratitude, and irrationality in the arena of race relations those, like me who wish things could much better, realize that as a whole perhaps this is impossible.
Read more
17 people found this helpful
Helpful
Comment Report abuse

Jane Doe
5.0 out of 5 stars PROVIDES EXCELLENT INSIDHT
Reviewed in the United States on September 9, 2016
Format: HardcoverVerified Purchase
An excellent book written by the eloquent Jared Taylor, founder of American Renaissance web site. The book pulls no punches regarding race in the USA. Some might call him racist but he has many black supporters. Although written in 1992, it is an important read today.
Read more
16 people found this helpful
Helpful
Comment Report abuse

Morgan V. Madison
5.0 out of 5 stars I think the professional review of this book
Reviewed in the United States on December 10, 2019
Format: HardcoverVerified Purchase
is unfair and part of the problem that author Taylor describes in his introduction - public debate about race is as predictable as the changing of the guard at Buckingham Palace.

Race is one of the few subjects about which one may hold a considered opinion that others consider not just wrong but also evil. An imprudent word or ill-chosen phrase can ruin a career or make one unfit to hold public office.

Think of the man running for political office not that long ago whose campaign was derailed because he used the word niggardly, meaning cheap or stingy.

Taylor had trouble getting his book published.

He states that we can't find solutions to racial inequalities if we can't talk about race without facing retribution.

His book is from 1992, and is a little outdated, but the inequalities persist.
Read more
2 people found this helpful
Helpful
Comment Report abuse

G. Colin Mulcahy
5.0 out of 5 stars If your concerned About America And why half the people ...
Reviewed in the United States on July 4, 2014
Format: HardcoverVerified Purchase
If your concerned About America And why half the people are on government payouts (your tax money) and don't work, --This book will explain why.
Since 1968, None of these government programs have helped blacks and how they've created a black racial class that hates whites. All accomplished with working white people's income tax money!! We bought this situation!
Very, very highly recommend.
Very thoroughly researched and footnoted.
This is a MUST read but It's accurate/truthful content is so upsetting, I could not read it straight through.
Remember, this was written 20+ years ago and things have gotten worse.
Read more
35 people found this helpful
Helpful
Comment Report abuse

John Hennessy Jr.
5.0 out of 5 stars The Road To Hell
Reviewed in the United States on July 23, 2018
Format: Kindle EditionVerified Purchase
Explains the current problems our country has and explains how good intentions has made relations divisive and terribly wrong.
Read more
6 people found this helpful
Helpful
Comment Report abuse

TL in Chitown
5.0 out of 5 stars A must read for every student of American history
Reviewed in the United States on December 14, 2014
Format: PaperbackVerified Purchase
With remarkable eloquence and lucidity, Jared lays bare the utter disaster that are current race relations in America. He exposes that failure as rooted in noble intentions based on wishful, idealistic thinking rather than a recognition of empirically observed facts and realities. He describes how legislation was enacted with a specific intent but a wholly different result (for instance, forced school desegregation).

At no point is Jared inflammatory, incendiary or hateful in any way. This is just a sad account of the tragedy that is american racial idealism
Read more
12 people found this helpful
Helpful
Comment Report abuse
See all reviews from the United States

Stephen
5.0 out of 5 stars 5 Stars
Reviewed in the United Kingdom on October 29, 2018
Format: Kindle EditionVerified Purchase
A stark and honest look at the failures of current political policies
Read more
One person found this helpful
Helpful
Sending feedback...
Thank you for your feedback.
Sorry, we failed to record your vote. Please try again
Report abuse