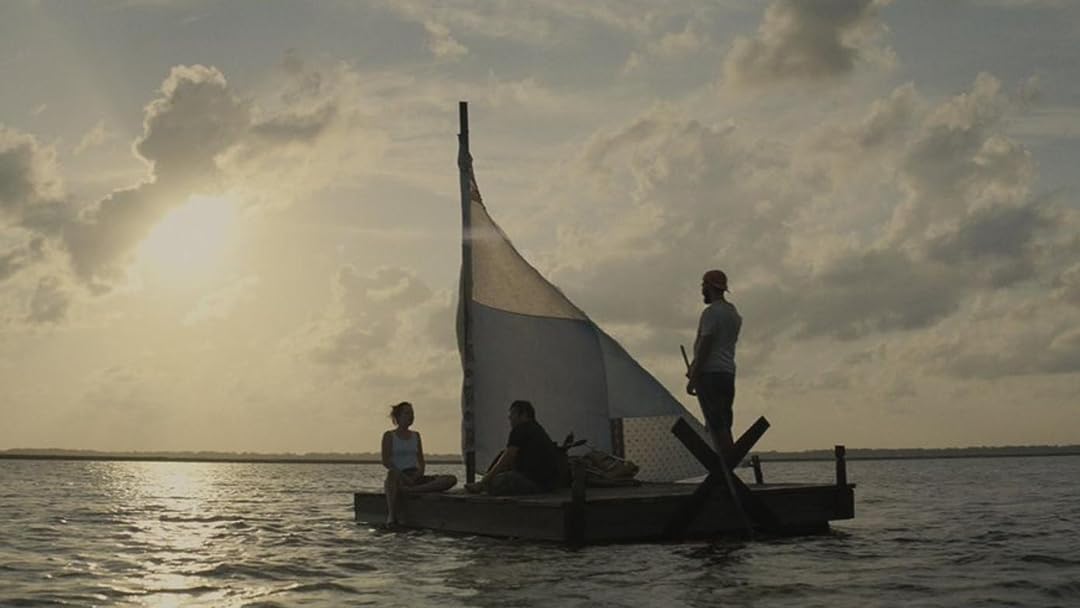 Leaves EPIX in 13 daysRentals include 30 days to start watching this video and 48 hours to finish once started.
Add to
Watchlist
By ordering or viewing, you agree to our Terms. Sold by Amazon.com Services LLC.
Write review

The MOMSTERReviewed in the United States on November 7, 2019
5.0 out of 5 stars
MY NEW FAVORITE MOVIE!
Verified purchase
I LOVE THIS MOVIE. We bought this before it even came out after having seen it in the theater. Our youngest daughter has Down syndrome. Can I just say how fun Down syndrome is? I LOVE MY KID! This movie showed the multi dimensionality of a person who has a disability rather than making them a mascot or some weirdly noble caricature. My sister thought some of the lines Zack said were a little forced, but it is VERY real for persons with Down Syndrome to struggle with their words. I love how Tyler/Shia interacted with Zack. ASSUME COMPETENCE. Annabelle (our daughter) cooks, uses knives, can -- although often chooses not to -- clean up after herself. She is an amazing swimmer. If people knew how fun kids with DS are, they'd all be demanding one of their own!
495 people found this helpful

Paul AllaerReviewed in the United States on August 24, 2019
4.0 out of 5 stars
4.5 stars... One of the best movies of the year so far, period
"The Peanut Butter Falcon" (2019 release; 98 min.) brings the story of Zak and Tyler. As the movie opens, Zak, a 24 yr.old with Down Syndrome, is plotting to escape the facility where the state has put him (we later learn his family abandoned him). Meanwhile Tyler, caught stealing crab traps, is fired from his job and on the run. With the help of another resident, Zak finally manages to escape, in his underwear and without any money or outside help... At this point we are 10 min. into the movie but to tell you more of the plot would spoil your viewing experience, you'll just have to see for yourself how it all plays out.

Couple of comments: this movie is feature-length debut of co-writers and co-directors Tyler Nilson and Michael Schwartz. The bring us the story of two misfits who somehow end up together on the adventure of a life time. Just as it takes time for these two to warm up to each other, it takes us the viewers also time to warm up to these characters. But as the movie plays out, the bond between the viewer and these characters grows very strong, and we are "all in". It took me a good 40 min. before I realized that the Tyler character is played by Shia LaBeouf, and played brilliantly at that. Ever since leaving the "Transformers" franchise, the guy has blossomed like never before. Dakota Johnson also shies in the side role of Eleanor, a staff member of the facility that Zak escaped and now sent to look for him. But surely the movie's limelight is stolen by Zack Gottsagen, playing Zak. It defies the impression/expectations so many people have about those with Down Syndrome. The movie is set in North Carolina's Outer Banks, and it looks gorgeous (and is filmed with many warm colors). Last but not least, there is a boatload of wonderful music, both as to the original score and other song placements, bringing a mix of bluegrass, folk, spirituals and much more. I will absolutely be seeking out the soundtrack of this film.

"The Peanut Butter Falcon" premiered at this year's SXSW, to immediate acclaim. The movie expanded this weekend into Greater Cincinnati. The Saturday early evening screening where I saw this at was attended very nicely, I am happy to say. When the end credits started rolling, the audience burst into a spontaneous applause, a rarity these days. But there is a reason that this movie is certified 94% fresh on Rotten Tomatoes. If you are tired of the umpteenth Marvel franchise movie or Disney "re-imagining" or sequel or prequel nonsense, and instead are looking for a top-notch ORIGINAL indie movie that happens to be one of the best movies of the year, by all mean I encourage you to check this out, be it in the theater, on Amazon Instant Video, or eventually on DVD/Blu-ray, and draw your own conclusion.

D. PalumboReviewed in the United States on November 6, 2019
5.0 out of 5 stars
Great Movie!! Worth the small investment to have in your collection!
Verified purchase
I work in education, specifically with special education which ranges from students that just need some extra learning support to much more needs. I also volunteer with families affected with disabilities.
I want to get a negative out of the way first. The two star review said, "But these moments ultimately succumb to a nagging banality, and the meat-and-potatoes filmmaking doesn't do anything to add some much-needed spice. The cherry on top is a puzzlingly abrupt ending that fails to deliver on the catharsis the film seems to be aiming for. An unfortunate misfire on a well-meaning premise." -News flash, there is no movie that does not have some level of banality to it anymore especially in the last 10-15yrs. There is nothing new under the sun! I want to know how this person knows also what the catharsis the film seems to be aiming for? Because I am pretty sure that the person that wrote this review does not understand what the "catharsis" was meant to be.
My personal understanding, I feel they hit the nail right on the head. To have such a large part in a film from a downs syndrome person is in itself a huge step. The friendship/relationship part is a huge part of the movie. But even more so is that the movie shows that we all have our shortcomings, and no we all cannot achieve whatever we want. But sometimes we are held back and we need to take a journey to find that we are stronger and can achieve things we didn't think we could.
I think the ending of the movie was great. It was the start to a new adventure and a new life of possibilities. If someone knows the people who made this movie and I am way off, please tell them to let me know. But that is a small part of what I see in this movie.
Own this movie, yes it is not spectacular but it is moving and it does have a purpose and meaning that is portrayed very well! I got SO excited when I saw it pop up on my prime movie listing!! I will also be buying the dvd!!

Toddlers and TeensReviewed in the United States on January 13, 2020
1.0 out of 5 stars
Lots of Language
Verified purchase
Disappointed with the language. Wanted to watch it with my kids, but had to turn it off.
102 people found this helpful

Scott SeniorReviewed in the United States on November 6, 2019
5.0 out of 5 stars
Best Buddy Movie I've Seen In Years
Verified purchase
Shia LaBeouf and Zack Gottsagen are a perfect duo. A story that's just plain fun. A must have for your "feel good" collection.
79 people found this helpful

RebeccaReviewed in the United States on August 14, 2019
5.0 out of 5 stars
Great story of following your dreams and inclusion
I saw this movie at a pre-screening event in Indiana. It was amazing! I highly recommend to viewers of all ages - there are a few "bad" words but nothing that is over the top or out of context. It is great to see Big Hollywood names in an independent film with the main character being a person with Down Syndrome. I have already pre-ordered :)
108 people found this helpful

Jack CraneReviewed in the United States on April 25, 2020
1.0 out of 5 stars
May be appealing if you're 12, not if you're an adult
Verified purchase
Just another movie that you know you've seen before. Tyler kills his brother drunk driving, finds a mentally handicapped man named Zak while on the run from some boat guys he has a beef with. Zak's caretaker at the nursing home, Eleanor, has to go find him because her corrupt boss doesn't want to report him missing to the cops. Eleanor chooses to join Zak and Tyler on their adventure instead of grabbing Zak and going straight back home, which is just unrealistic. She's also the very definition of manic pixie girl, conveniently single and available.

In regards to acting, Shia Labeouf is Shia Labeouf, does the same act he does in every movie, terrible actor. Dakota Johnson continues to prove she's only in the business because of daddy, she is one of the laziest actresses I've ever seen. One thing you always notice about children of nepotism in Hollywood is how lazy and safe their performances always are. She does things that would probably get people rejected during auditions for small parts. At least Gwyneth Paltrow has some charm but she also is a little light on talent.

I don't know, probably can't recommend. Hollywood can't get country people right to save their life.
29 people found this helpful

fenx1200Reviewed in the United States on November 17, 2019
5.0 out of 5 stars
An Excellent Movie Where dreams do come true!
Verified purchase
This is a very endearing movie with an incredible cast. If you lived in the period of time when WWF Wrestling was more popular than Monday Night Football, you'll love the wrestling cast of Jake "The Snake" Roberts and the incredible Mick Foley! Both Shia and Dakota turn in an incredible performance with Bruce Dern, Hawkes, Thomas Haden Church, and of course Zack. Character development was off the charts and you'll immediately identify with someone, either the loner and troubled Shia, or the educated but sympathetic Dakota, or the excitement and flair of Professional Wrestling, no matter if it's in the big ring or the little town forum. This is a story of compassion, freedom to find your personal liberty, throwing off the chains of structured society with its rules, finding love in unknown places, and having a dream that means something. It's a movie about a road trip, and of course, with road trips it's not the destination that counts, but the time spent with people you admire while on the trip itself.
It did get a little slow, and I thought some parts needed a little more time to develop, like Shia and Dakota's relationship, but it worked out in the end and you will get a little teary-eyed, but that's life. Overall, a well-received movie about hope, compassion, love, and Professional Wrestling!
23 people found this helpful
See all reviews
Back to top
Get to Know Us
Make Money with Us
Amazon Payment Products
Let Us Help You
EnglishChoose a language for shopping. United StatesChoose a country/region for shopping.
© 1996-2022, Amazon.com, Inc. or its affiliates