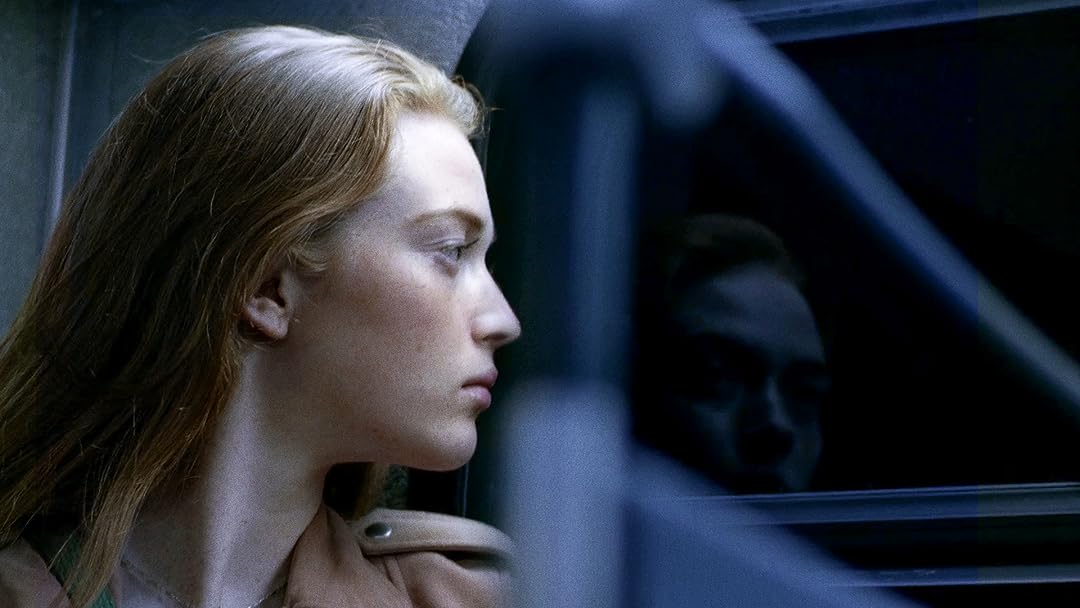 (296)
1 h 32 min2020X-Ray16+
Pearl is a brilliant sixteen year-old girl, traumatized by the sudden death of her adoring mother, who now must move in with Jack, the father she never knew. He's a misanthrope who has lost his will to live: not what the teenager wants or needs at this moment of crisis. Though both resist this new kinship, they find salvation in the improbable but beautiful odyssey of coming to love one another.

ErrolReviewed in the United States on April 20, 2021
2.0 out of 5 stars
Larson Thompson ruins the film
Verified purchase
The daughter played by Larsen Thompson is an unbelievable character. She is supposed to be 15 years old but acts closer to a 40 most of the time, and it is a very unpleasant and unlikeable 40 year old.

Thompson also simply does not look to be only 15. The actress portraying her high school friend also looks and acts much older than a high school kid.

It is too bad because the movie could have been much better if the daughter would have inspired some sympathy and seemed 15. Also, if better casting would have come up with a high school friend who didn't act and appear 30 years old.

TReviewed in the United States on March 30, 2021
2.0 out of 5 stars
Tacky
Verified purchase
The acting was decent. The story had tons of overused plot devices that just became cringe after awhile. The script was quite poor in a few places also.

The hispanic friend was played by an actress who was over 30. These people should not be playing teens at this age.

The little romantic thing with her and the 35yo guy from the record story was absolutely cringey. And she gets her first period in one scene? She looks way too developed to be getting her 1st period. Things like that in the storyline are just irritating, and it seem like poor writing.

OMG, and the ending was the worst of all. I won't spoil it, but trust me it was bad.
6 people found this helpful

R. ParkerReviewed in the United States on August 14, 2020
5.0 out of 5 stars
Beautifully touching moving, deep and true performances
Verified purchase
What a surprisingly lovely movie. It touches on so many issues—class, domestic violence, high school mean girls (sometimes with a golden heart), but it is mostly about love and family. Given and chosen, with lines unimportantly unknown. The performances reel you into the the lives of a maybe-not-as-confident-as-she-radiates young woman whose life is literally torn apart, and of a man on the edge of despair brought back to life by purpose and love. Barbara Williams, as the (mostly) sloshed Nana, is especially poignant as a grief-stricken mother who flashes both kindness and toughness to her granddaughter, never letting us see anything but the love underneath.
6 people found this helpful

SylviaReviewed in the United States on April 19, 2021
1.0 out of 5 stars
Junk movie
Verified purchase
Anthony LaPaglia, the actor who plays the father in this movie is the only one who acts well, but even his character is very shallow. As a man who just finds out he's the biological father of a 16 years old girl, from a woman he had a quick and seemingly short encounter with, his first 'fatherly' act to his daughter is to take her to planned parenthood to abort her pregnancy. And then all is well, the father/daughter relationship becomes 'warm and sweet' as many other reviewers say.
The actor who plays Pearl is expressionless, apart from her 'model face' acting, that is.
Overall, the story was bad, written badly and acted badly.
4 people found this helpful

Dave FReviewed in the United States on May 31, 2021
2.0 out of 5 stars
Had potential
Verified purchase
One of the problems with making the protagonist very unlikeable is that you have to have an extremely satisfying conclusion to resolve the story arc in a positive way where the main character turns likeable at the end. Pearl never does.
Pearl is played very emotionless by Larsen Thompson who just lost her mother due to an horrific event forcing her to live with her potential birth father played beautifully by Anthony LaPaglia who is someone you want to pay attention to. Pearl, unable to process the emotions lashes out at her father in very cruel ways. She is oblivious to that. Her wealthy friends abandon her and she fails to see that. People who are really trying to connect with her are ignored by her. We learn hear birthmother is a pretty selfish person herself. Pearl fails to get that.
At the end of the film, Pearl fails to change as a person. She does come to terms with her mother's death - in an rather laughable ending where she meets the 'ghost' of her mother - but it's her father who became a better person to save her life. So, I have to ask - what was the point of the film?

Tina W.Reviewed in the United States on May 14, 2021
3.0 out of 5 stars
Umm...worth a watch but...
Verified purchase
Worth a watch but wish there was more of an ending, a resolution. She was highly intelligent. They could have put her into classes matching her intellect. Also, just odd to me the way her mother had treated the father. The one girl being 'friends' with her only to criticize and not support her, eh... Not for nothing, but does the 'only' Latina character in the movie have to be 'gangsta'? You could have some smart, awesome Latinas, also she may have been smart but stealing her charger is not awesome and no accountability for that. Her 'sad' house was actually fairly nice, not for nothing. She looked too 'made up' to be in such an 'awful' life. A fair amount of cursing, which is not uncommon for this day and age. Would have loved for the Pearl character to get counseling. Her first 'real' relationship was straight to sex, not common, usually there are crushes and some in between things in getting to know someone, plus the dude was ugly! Way to stick to his 'principles', not. Did she have an abortion?? Idk, real hard to tell but that was the elusion. Repeated cycle of not telling a father about a child. She could have adopted, there are options. I also have to agree on the acting, straight from the start, I was thinking: "I would have reacted more after my mother's death." They tried.

neaReviewed in the United States on May 31, 2021
1.0 out of 5 stars
It needed a complete rewrite and new cast.
Verified purchase
It was a very strange movie in so many ways. And it was very hard to find anyone to actually like in this movie. The daughter didn't even draw any .sympathy because she was such an ungrateful bitch.
Then she corners a very nice boy into sex, gets pregnant and goes and has an abortion without a care in the world. The movie lost me then....Hollywood's form of birth control, casual unprotected sex and then a quickie abortion. Disgusting. The movie could have been decent with different writers and a different cast.
One person found this helpful

Tabby CatReviewed in the United States on June 2, 2021
2.0 out of 5 stars
Why does everything have to be so dramatic?
Verified purchase
It's enough that the poor girl's mother dies at the hands of a deranged lover with a shotgun, but do we really need to throw in a suicidal absentee may-be-the-father, a self righteous alcoholic grandmother, an unsuccessful riches to rags subplot (the may-be-the-father's house is actually NICE in my opinion), AND an abortion?? It's just over the top. Grieving the loss of a murdered mother should be the biggest challenge on this girl's plate. Instead, she gets an abortion, visits her late-mother's grave and has a spiritual encounter with her, and then wants to know whether or not the may-be-the-father IS in fact her biological father - ALL IN ONE DAY!!!

Is the girl trying to kill herself with stress? Shouldn't she be at home resting after such an ordeal??

A more subtle set of circumstances would have worked because the acting was actually ok. The screen writer was trying way, way too hard at something that just didn't work.
See all reviews
Back to top
Get to Know Us
Make Money with Us
Amazon Payment Products
Let Us Help You
EnglishChoose a language for shopping. United StatesChoose a country/region for shopping.
© 1996-2022, Amazon.com, Inc. or its affiliates