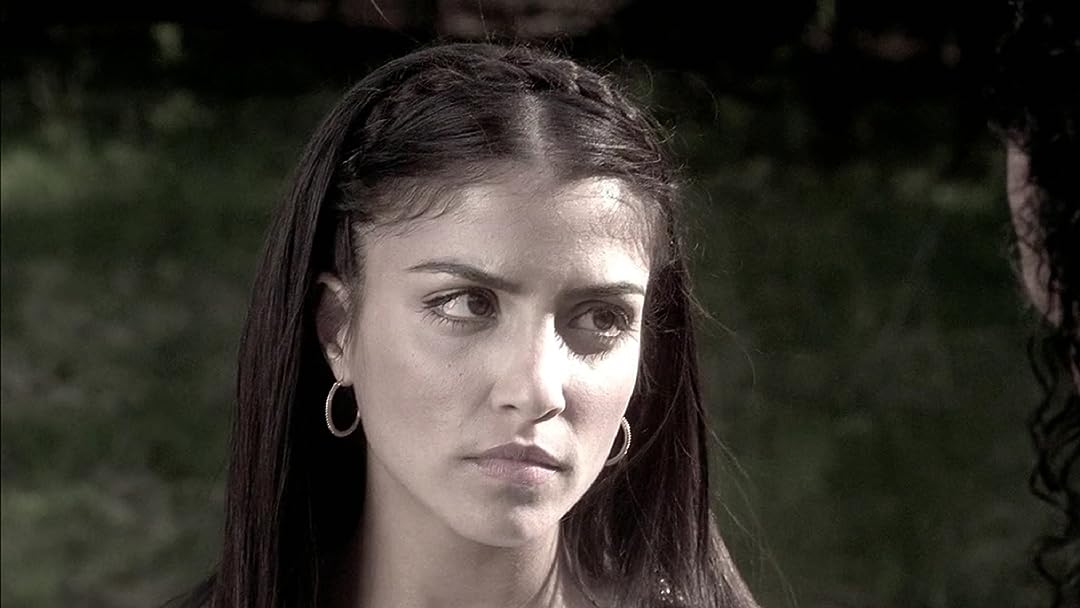 (21)
2.61 h 26 min2012NR
A father hunts with his son, slays a monstrous dragon and is confronted by a corrupt tyrant who forces them into battle.

AnnaReviewed in the United States on January 31, 2016
5.0 out of 5 stars
Five Stars
Verified purchase
Excellent

Barbara JohnsonReviewed in the United States on April 3, 2015
4.0 out of 5 stars
Four Stars
Verified purchase
I love the white horse

The Movie GuyReviewed in the United States on April 23, 2013
1.0 out of 5 stars
REVENGE OR JUSTICE?
Everything you have read about this movie is true...unfortunately. This is a simple good guys vs. bad guys film. King Orthos (Carlo Rota) is the bad king who is aided by Warlock General Actae (James Kidnie). Belleros (Sebastian Roché) and Princess Philony (Nazneen Contractor) fathers were killed by Orthos. They vow revenge or justice. The bad guys conjure up a CG Chimera to kill her people. The good guys seek the aid of a witch (Rae Dawn Chong) who conjures up Pegasus to help them.

Not much in the way of plot twists. Pegasus has wings while in the air, on the ground it is just another white horse. The sword play was poorly choreographed as I don't think the actors could spell sword let alone wield one. There were a lot of cut-aways during the action as you never really see any type of penetration. Toward the end of the film, during a battle, I had to laugh at Pegasus. The fighting was "intense" causing Pegasus to get excited as we see close up scenes of the horse neighing and jumping up and down. When the camera goes back to the men fighting, the same horse is calmly tied to the wall.

Pegasus is a magic healer and also removes blood stains from clothing, eat your heart out Tide. The leather band Bellerous also seems magical as it bounces back and forth between his right forearm and left forearm at will. Destined to be an MST classic.

Paulina WestReviewed in the United States on August 5, 2013
4.0 out of 5 stars
A World of Timeless Themes
My children and I sometimes rent Shakespeare plays that have been filmed. This movie does have the feeling of a play that may have been written for a stage production. This did not stop me from enjoying the characters and story in the least, though some will miss the flashy editing and high polish. Nevertheless, fortunately the Chimera was a well-done and believable CGI, a truly nasty brute with four horns and spiked tail, and devouring teeth.

The movie deals with historic and symbolic meanings. The Emperor and his Warlock are in every way like Roman Tyrants, who do not even allow the people they have conquered to hunt in their own lands anymore. All belongs to the Emperor, and it can be assumed that hunting is a class privilege. The movie opens with the killing of a man, as his son watches, for just that offense - unauthorized hunting, or "trespassing."

The Emperor bears particular hatred for the Tyrren, one of the people he has conquered in his "unification" of the lands. He swears to wipe out all vestige and memory of these independent, proud people. This has happened many times in history to conquered peoples under the great empires in Europe and Asia, and for that the movie is very moving. The princess is a very beautiful actress and as she begins her quest to avenge her executed father, the legitimate king of Tyrren, others are awakened to face their own past and to help her.

A Pegasus is called to aid in the fight against the Chimera. These are supernatural creatures which speak of spiritual realities in ways that words cannot. If you learn to enjoy symbols, it will increase your enjoyment of many genres of movies, including this one. I could not help but think the land looked like Italy. All of the landscape was beautiful. I wonder if it was a coincidence that the word "Tyrren" is what the Greeks called the Etruscans. They left many wonderful sculptures of Pegasus, and of the Chimera, but many of their statues were melted down to make Roman coins, and their books have all been destroyed or lost. They were not so fortunate as the Tyrenn in this movie to survive the Roman conquest. But for me, Pegasus v Chimera gives an "if only" ending. I like movies like these and thank the creative people who produced it.
2 people found this helpful

blackaciddevilReviewed in the United States on May 25, 2013
3.0 out of 5 stars
Pegasus vs. Chimera......
Both Belleros and Princess Philony's fathers were killed by self-proclaimed King Orthos' henchmen. They vow to avenge their deaths and, when King Orthos' Warlock conjures up a chimera to wipe out their village's bloodline, they both enlist the aid of a witch named Maeda who conjures up the fabled Pegasus to help them. Will Belleros and Princess Philony be able to thwart King Orthos' plans with Pegasus' help? You just have to give this film a look and find out.

Despite what the other reviewers are telling you about PvC, it's not quite THAT bad of a movie. Course, it's neither the greatest fantasy film I've ever seen either. It sits somewhere in the middle with me, to be honest. It held my interest for the duration of the film. True, the acting was somewhat stiff but I've come to expect that with SyFy Originals. With a more substantial budget, I'm pretty sure this would've been a much better film...but I guess that's why they call them Low-budget films, eh?

All in all, Pegasus vs. Chimera was okay with me. I don't feel that I wasted the Ten-spot that I paid for it. Do I recommend the fantasy crowd buy it to add to their collection? If you can get lucky and pay what I did for it, by all means-do. However, if you're just a casual fan of these types of films, I suggest a rental.
2 people found this helpful

Gary A. SmithReviewed in the United States on August 19, 2016
1.0 out of 5 stars
What a stinker!
I can't believe all the positive reviews for this turkey. It's really, really bad. Vesuvius Productions are giving Asylum competition in the "awful movies for TV" market. No production values, awful costumes, unappealing and poor actors, lousy CGI effects. What more could you ask for? It's not even "funny bad." It's just BAD.
See all reviews
Back to top
Get to Know Us
Make Money with Us
Amazon Payment Products
Let Us Help You
EnglishChoose a language for shopping. United StatesChoose a country/region for shopping.
© 1996-2022, Amazon.com, Inc. or its affiliates