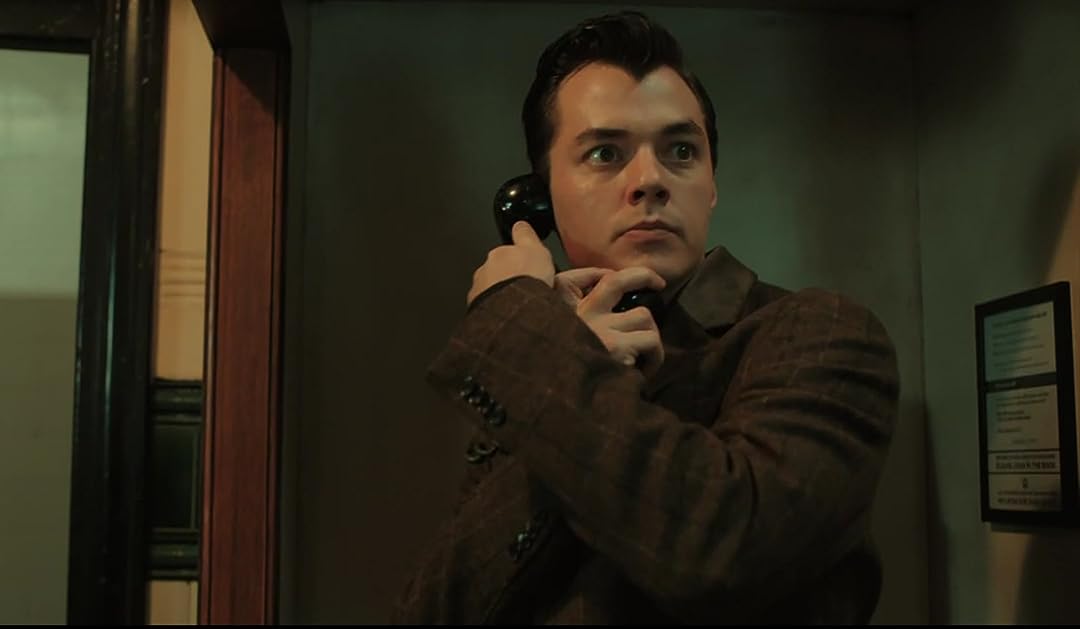 (1,047)
7.92019X-RayTV-MA
The DC origin series PENNYWORTH follows Alfred Pennyworth, a former British SAS soldier in his 20s, who forms a security company in 1960s London and goes to work with young billionaire Thomas Wayne, years before he becomes Bruce Wayne’s father. With England on the brink of chaos, Alfred Pennyworth navigates a world of secrets and betrayals.

DeeperdarkerReviewed in the United States on August 29, 2019
1.0 out of 5 stars
Bit of a scam
it initially calls this an "Amazon Original", which would be covered by my Prime membership... but three episodes in and suddenly I have to pay for a cable channel subscription to watch what I thought was an "Amazon Original"... sorry, no... guess I'll have to wait a year or so until it ends up on Netflix or "Prime" when I can watch it for the money I'm already paying... great show but slime ball marketing tactics by Amazon...
159 people found this helpful

John PoteeteReviewed in the United States on August 8, 2019
1.0 out of 5 stars
three shows and then pay through the nose! no thanks,gooodbye PRIME
Great show, lousy marketing, I never signed up for shows that cost extra, no more books, no music, no more videos.
someone makes a few bucks, in the long term you lose.
John Poteete

Carol LengyelReviewed in the United States on July 26, 2019
5.0 out of 5 stars
Great series but to expensive to watch on the EPIX channel 👎🏻
The pilot was great fun to watch, like someone posted already, part Batman, part James Bond. It’s to bad I won’t see any further episodes, EXPIX is not included with Amazon Prime 👎🏻. Once the series begins it costs $2.99 per month for three months and then they up the price to $5.99 per month. I gave the show 5 stars because it’s was that good! I give Amazon 0 stars because I’m already paying for Prime, Prime video & Netflix. I miss the good old days of 6 channels (not really) ☺️
94 people found this helpful

BrumenReviewed in the United States on December 26, 2019
1.0 out of 5 stars
Too violent
Verified purchase
I saw the first episode and liked it, but subsequent episodes are too violent and too weird
35 people found this helpful

B. PockerReviewed in the United States on January 12, 2020
5.0 out of 5 stars
A must for fans of Batman
Verified purchase
Gripping backstory of Alfred Pennyworth, Bruce Wayne's butler. If you are a fan of the tv series, Gotham, or of Christopher Nolan's Batman trilogy of films, then you will be pleasantly surprised that the saga continues.
25 people found this helpful

J. SnibbeReviewed in the United States on March 31, 2020
5.0 out of 5 stars
Action Packed
Verified purchase
This is a very well done series about ex WW II shoulders teaming up to solve crimes and help people. The chemistry between the friends is palpable as is their commitment to each other. PTSD is part of each mans baggage but well managed. Action scenes are well staged and fairly realistic. A must see series.
21 people found this helpful

OrionbocReviewed in the United States on October 11, 2020
5.0 out of 5 stars
Butler Meets James Bond Meets Michael Caine
Verified purchase
The first season of PENNYWORTH was just short of fantastic. The story line/lines were well-written; the action both believable and imaginative. The acting was above par. The emotion was heartfelt.
There was connection to 1990s+ comic book and GOTHAM Alfred as a highly-trained and combat specialist espionage agent in the manner of quickly revealing this early part of the eventual butler's life.
The introductions of the still-single Thomas Wayne and Martha Kane were terrific. The not-too-subtle allusion to the belief (by some) that Bruce Wayne could actually be Alfred's son makes an appearance.
The villains are appropriately villainous within the somewhat heavy allegory of the struggle between left and right wing forces for the minds and souls of not-just-the-British but the world.

Jack Bannon plays Alfred as a combination of James Bond and Harry Palmer with just a dash of Derek Flint (his accent is pure Michael Caine a la Palmer & Alfie).

I have few complaints, but they are there.....
1) A bit too much background nudity. We got the message that such clubs exist in "Swinging London"; we don't need stripper's boobs in every episode.
2) The story is set in "1960s Britain" and Alfred is 26 years old. Depending on when-in-the-1960s it takes place, that would make the 2010s Alfred in his mid-to-late 70s. Early-to-mid-60s I would believe. Late 70s.....no.
3) Following #2, the music in PENNYWORTH is fantastic.....however, amid the regular appearance of popular songs from about 1962 to 1968, we also hear songs from the 1970s and 1980s. Weird. Nothing in the show to this point indicates the existence of musical time-travel.
4) While this IS fiction, with a touch of fantasy, the show goes way too far, over-the-top and into the unbelievable/undesirable. I can take the sadistic torture inflicted by both sides on their enemies, but to eviscerate the publicly executed by 1960s British law enforcement is too, too much, unnecessary and frankly offensive. What nutjob in production thought this was a good idea?

Overall, the program is so good that even a few complaints cannot drop it from 5 stars (maybe it should be 4.75 stars).