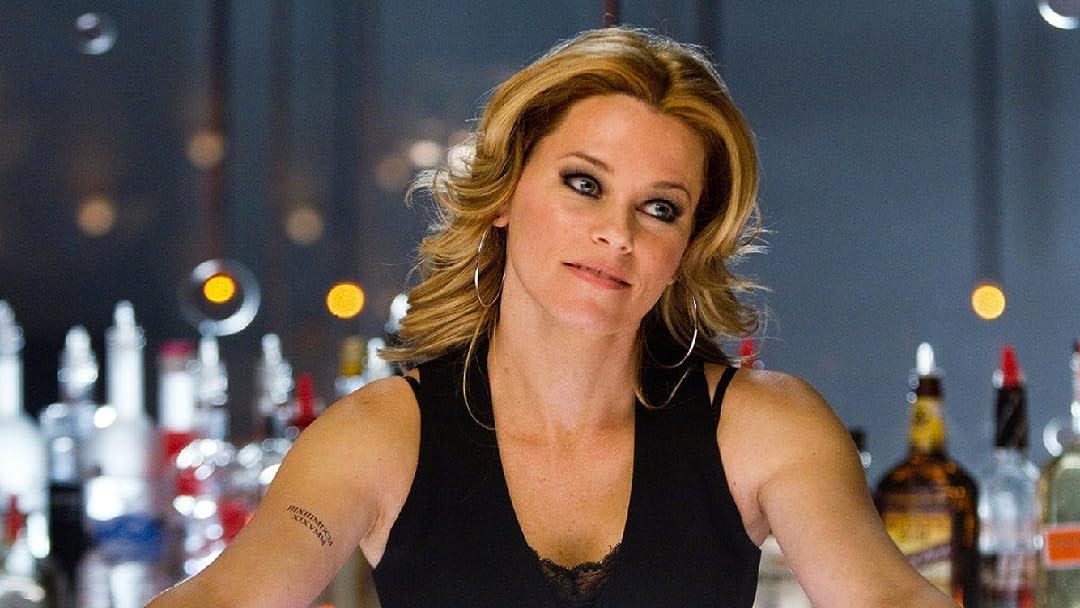 PatriciaReviewed in the United States on October 19, 2017
5.0 out of 5 stars
A Gem
Verified purchase
It's reassuring that so many other Amazon customers think as highly of this film as I do. Good story, interesting characters, sparkling dialog/banter, excellent acting and directing and editing. Its "becoming a better person" is a theme I'd like to see more of - there are so many movies and series portraying descents into darkness and degradation, and that (as in Breaking Bad, and Better Call Saul) can be useful - even beautifully done - so as to show the consequences of giving in to the wrong impulses. But films like this one show how it's not that hard to reverse course - so many people are just one or two realizations away from changing their lives from bad to good.

There are other movies which lost money on their theatrical releases and shouldn't have - some of which eventually earned the wider appreciation they deserved. I hope that happens with this one.

Tess EractReviewed in the United States on October 19, 2017
5.0 out of 5 stars
This one will stick with you, rent it!
Verified purchase
This was a huge surprise as far as how much I enjoyed this movie. But not only did I enjoy it, the story line stuck with me and I ended up sharing and recommending this to several people. Chris Pine and Elizabeth Banks had huge chemistry as well as Michelle Pfeiffer demonstrating that she is "not just another pretty face"...wow. The son/nephew in this was charming without being annoying or an over-the-top delinquent, so that was a huge plus as well. If you enjoy movies that don't just have a "pat" ending, but allow you to make a journey and realize that the human experience can get a bit crazy but we all have something in common; the desire to belong, whatever that may look like. So, yes, I very much recommend this movie.
18 people found this helpful

S&J HReviewed in the United States on July 8, 2020
5.0 out of 5 stars
best ending
Verified purchase
I loved this movie. When we are kids, our view of life is just so distorted and rarely do we ever see our parents as the humans they are. I love how this movie shows how even though we may not have the best of parents, that we owe it to them and ourselves to figure out how they saw life. Perhaps we can make peace with them and our past.
6 people found this helpful

LovnlibertyReviewed in the United States on February 6, 2018
4.0 out of 5 stars
Rife with Tension and Character Development
Verified purchase
What I like the most about this story is Sam's relationship development to others.
I notice a couple of the reviews I read don't understand or don't like or don't think its necessary that it took him so long to tell his sister that he is her brother, and yet this not only creates great tension and conflict it highlights just how far he comes as a human being, and the inner struggle it takes for him to step beyond himself- who at the beginning of the film is highly avoidant, secretive and overly self-involved to becoming a genuinely caring and relational person-I loved the film, great character development, strong story line and great feel-good ending... love the character Josh, Frankie's son, hope to see him in more films
6 people found this helpful

em marieReviewed in the United States on October 12, 2020
5.0 out of 5 stars
Watch it you won't be disappointed
Verified purchase
This is the kind of movie you tell your friends and family to watch. I have no recollection of this coming out in the theaters. What a shame, the story, dialogue, actors are all incredible. I'm surprised it got no attention.
4 people found this helpful

MichaelReviewed in the United States on December 1, 2021
5.0 out of 5 stars
As EXPECTED excellence in a movie by a star for a star!
Verified purchase
The entire storyline was great dealing with a family man and husband that dies and leaves behind a unknown daughter. While the sone had a very tough decision to make about the money given to him by the lawyer in his desperate time! All great things come from faith and so does the best part of the movie the ending while watching the film the sons mother gave to him for both the daughter and son to watch that their father loved them both equally and had them play together as children at the park! My score for this movie is a 6 star!

zoncustomerReviewed in the United States on September 19, 2021
4.0 out of 5 stars
touching
Verified purchase
it is Not a comedy. it is a beautifully written and acted story of people finding themselves and their place in tis world. at least that is my interpretation.
however, the ending left the mater hanging of whatever happened to ..
I will leave it at that because I do not want to spoil the ending.
would have given it 5 stars except it left the ? of ... unanswered.

prisrobReviewed in the United States on October 7, 2012
4.0 out of 5 stars
Delayed Secret
Verified purchase
I really liked this film, and empathized with the main character, Sam, played by Chris Pine, but it took him so long to finally blurt out his secret, I was ready to scream. This is a film about the lack of dynamics in family relationships. A father removed from his son and from other people.

Sam is called home to California because his father has died. He is a salesman trying to make a living, but deep in debt. His girlfriend, Hannah , played by Olivia Wilde has no idea about his finances, And, it seems Sam has kept a lot from her. They arrive late for the funeral, an upset mother, and try to settle in. Sam is asked to meet with the family attorney, and learns he has a half sister and his dad has left her $150,000 dollars. Now, the deceit begins, trying to find out who his sister, Frankie, played by Elizabeth Banks, really is. They become friends, and the deceit continues. The film has a wonderful,storyline, but it goes on far too long. Secrets prevail in this family, no one really talks to each other. Yes, we have been there, done that. Elizabeth Banks really livens up this film, she brings action and emotion. She is left out of the secrets for far too long. An intetesting film, that could have been a great film.

[[ASIN:B001D23BBO Definitely, Maybe]]
9 people found this helpful
See all reviews
Back to top
Get to Know Us
Make Money with Us
Amazon Payment Products
Let Us Help You
EnglishChoose a language for shopping. United StatesChoose a country/region for shopping.
© 1996-2022, Amazon.com, Inc. or its affiliates