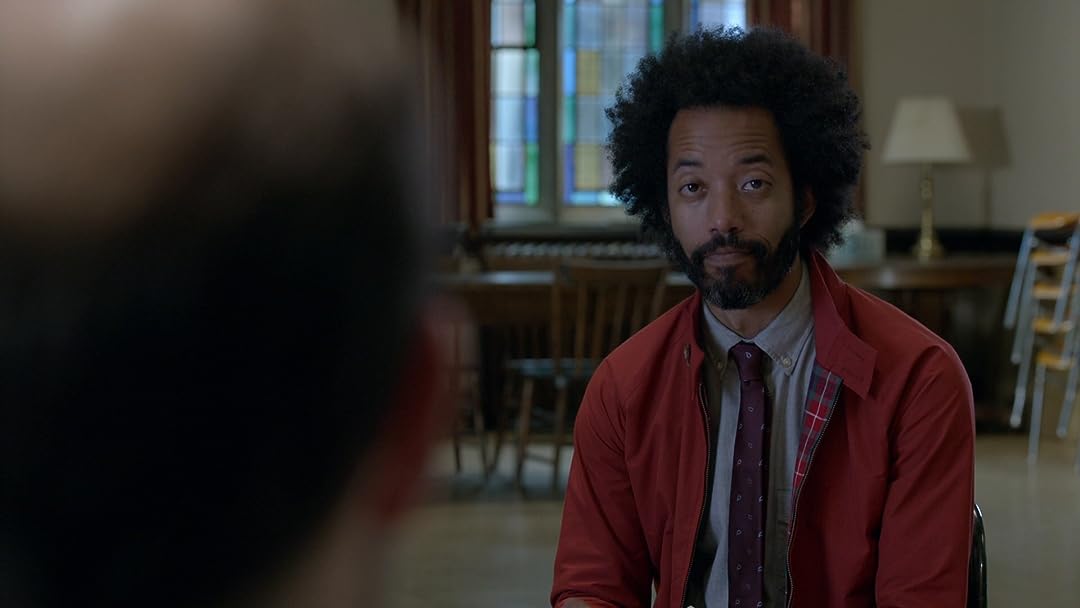 (329)
7.62016NR
In this half-hour comedy about a support group for alien abductees, a skeptical journalist investigates their supposed alien encounters. The more he digs into their oddball claims, however, the more he realizes signs that point to his own alien abduction. The onetime outsider now finds himself part of this eclectic group of misfits, while struggling with the idea of life beyond our world.

DeborahReviewed in the United States on July 20, 2020
5.0 out of 5 stars
A Great Show, that didnt get enough press
Verified purchase
Such a great series, I was so happy to be able to purchase both seasons.
If you need a distraction and enjoyment watch the two seasons.
I understand season three was written, but they got canceled.
Produced by Conan O'Brien somebody get him to produce season three!
Heart warming humor and such a great ensemble cast.
And left with such a cliff hanger at the end of season two.

Mary K HansonReviewed in the United States on July 15, 2017
5.0 out of 5 stars
Fun and witty
Verified purchase
Fun and witty! An amalgam "real" characters from the internet/books/documentaries & mufon research combined with the alien folklore ingrained in our collective consciousness to provide a genuinely humorous but also somewhat thought provoking show if you've ever read stories or seen any documentaries on this topic. Ken Hall did an especially good job portraying a petty, non-empathetic "gray" alien - reminded me of Dr. Evil from Austin Powers. Worth the watch for sure.
2 people found this helpful

A. AlperReviewed in the United States on June 13, 2017
5.0 out of 5 stars
and enjoy the proceedings
Verified purchase
Well first off, I don't think I've ever seen anything on Amazon with All 5 star ratings that wasn't the result of shills and sock-puppets. I do not work for TBS or POE, and I was sadly not compensated for the forthcoming glowing review.

A well crafted comedy, with high enough stakes to keep the audience engaged. Unlike many of our New Golden Age of TV, there is very little padding in this series. POE delivers crucial info, practically every episode, to help us digest the situation, and enjoy the proceedings. I am tired of wading through season after season to receive a single plot point. OITNB is particularly bad at this, creating bogus suspense that leads to non-events. POE delivers on their promises from episode to episode, and I find it refreshing. Cliffhanger isn't the only way to retain viewers, but I guess in a competitive market, it guarantees a certain segment of the population will need to "tune in." Why Internet series like man in the high castle employ this device is beyond me, but who cares. What the hell? Stay on topic.

I started this review without having the cast info onhand and I can't be bothered. Suffice to say they are all excellent, with the central protagonist and antagonist being especially good. The only name I remember for sure is Ken Hall, who utterly kills as the spectacularly ill-tempered and petty grey alien. I only know his name because he made me laugh so hard I had to scour IMDB for more info.

The plot is probably described elsewhere, 1st episode spoilers henceforth. A Journalist for a NYC Vice-cum-Gilt Group organization called Glint travels to Beacon NY to cover a support group for those who have experienced an alien abduction (please, not "abductees"). The Editor-in-cheif orders him to return to Beacon for a more in-depth look. While he is in Beacon, interviewing "Experiencers" Glint publishes the initial and very negative version of the article, basically outing the group as a bunch of pathetic losers and putting pressure on the church where the meetings are held. This causes the group to reject the journalist. All the while, the journalist experiences flashbacks and vivid dreams that suggest he was abducted while on assignment in Beacon. In protest to Glint's betrayal, he leaves his big job in the city, returns to Beacon and begs forgiveness from the support group, seeking help for his visions and dreams. By the end of the first episode, under hypnosis, the journalist reveals he was abducted by 3 races of alien at once. The aliens are introduced as a motley crew of middle manager types, serving as placeholders for some ominous alien conspiracy. Reptilians, Greys and Nordic looking dudes are in cahoots, to what end, we do not know, but the protagonist and his band of "Experiencers" seem to play an important role.

HelloReviewed in the United States on October 30, 2017
4.0 out of 5 stars
Fun for the Conspiracy-Theory Fan
Verified purchase
This is a fun, irreverent series. Watched with my boyfriend, who is not a conspiracy believer but is very familiar with many of the more out-there theories. Definitely rewards the viewer who knows some of the actual conspiracy theories that exist about lizard men, the various species of aliens, etc., but also fun and silly and enjoyable if that's not something you tend to obsess over.
2 people found this helpful

BHReviewed in the United States on October 28, 2017
5.0 out of 5 stars
Fun!
Verified purchase
It really is fun, even if some consider it "partial disclosure." The diverse and quirky characters are what make this show so amusing. There's nothing serious or ambitious about it, but it becomes endearing as you watch it. It combines modern, theoretical data with cultural stereotypes and makes for a pretty silly stair-step to acceptance on a fantasy level.
One person found this helpful

VelCoReviewed in the United States on May 26, 2020
5.0 out of 5 stars
Don’t watch season 2 expecting closure.
Verified purchase
Sadly spent money for both seasons. It was fun and loved it up until it ended in a lame way. It was great giving both comedy and things to think about. But ended season two incomplete and aggravating.