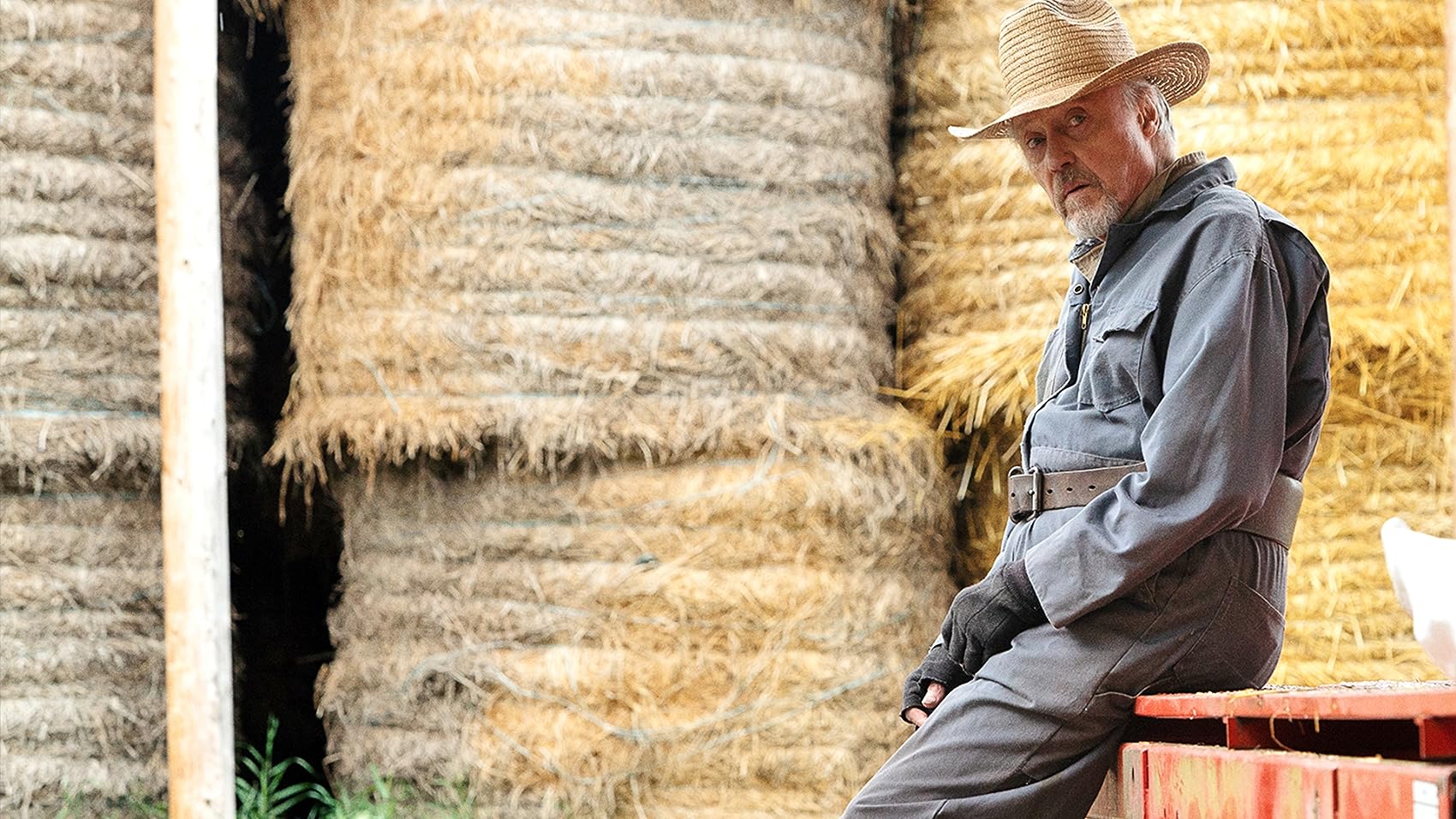 (1,589)
6.41 h 39 minPG-13
Academy Award® Winner™ Christopher Walken, Zach Braff and Christina Ricci star in the true story of a small-town farmer's relentless fight against one of the largest agricultural corporations, a court case that makes its way up to the Supreme Court.

Mindo'ermatterReviewed in the United States on May 7, 2021
4.0 out of 5 stars
True Story, Intense Drama, Emotional Tale
Verified purchase
This film encapsulates the struggles many have fighting back against corporate giants and their industry dominance and how they intimidate and financially destroy anyone who challenges their totalitarian-like control over their increasingly powerful but unaccountable business empires.

Based on a true story, this movie delivers a stark and emotional drama of one man who wouldn't quit and his costly and impossible and heartwrenching journey to defend his farming livelihood.

This is serious-subject entertainment with good casting, strong acting (especially by Christopher Walken), an intense screenplay, and story-appropriate cinematography. Probably not for younger audiences because of the subjectivity and legal technicalities.

We found no problem with closed captioning, as one reviewer reported. The film gives a fair summary of Percy Schmeiser, a Canadian canola seed farmer and his legal difficulties with Monsanto over seed patent infringement laws. The story focuses on the human costs associated with farmers who grow their own seed for future years by selective choosing seed from their most productive crop yield. However, Monsanto's GMO products from other farmers can contaminate non-Monsanto farms, making unknowing farmers liable for patent infringement.

This is a worthwhile and informative viewing experience especially appropriate to inspire additional research and discussion about the subject and its implications.

MattyAReviewed in the United States on May 4, 2021
4.0 out of 5 stars
Hammers home a strong anti-corporations message
Verified purchase
I enjoyed the performances in this film. Walken does great as the reluctant front-man of a movement led by an energetic Christina Ricci. Zach Braff does an excellent job, but I wish they gave him more to do in the court scenes. The film avoids long court battle scenes, but I think they could have used them for even more exposition and character relationship development for Walken and Braff. The film is full of beautiful landscape shots that make it feel more like a documentary, and I thought that was very effective.

There's more storylines in the film that I think could have been explored more, but they may have dragged out the storyline, and it's possible that since it's based on a true story with a legal history, the studio had to be careful about what they did and did not show or speculate on/dramatize.

Overall I enjoyed this and would recommend it to others. It does help if you already have a background understanding the impact of Monsanto on our global agriculture community.
7 people found this helpful

Kindle CustomerReviewed in the United States on May 10, 2021
5.0 out of 5 stars
We are stronger together. ❤
Verified purchase
Mr. Walken did a great job of portraying Percy and the movie was beautifully directed. I grew up in the middle of Iowa, corn and bean fields describe our landscape. I think the movie did a good job showing the things farmers are up against. The movie also did a great job of showing how much of a difference each person can make in this life. How important it is to remember where everything started. And how joining together with other people with the same goals, to fight against something too big for just one person to stand up against. We are stronger together.💗
8 people found this helpful

B VoellerReviewed in the United States on May 2, 2021
5.0 out of 5 stars
The truth needs to be told
Verified purchase
What an amazing story. How manipulative Monsanto was. It feels so wrong that Percy had to gave up on his seeds, but his courage saved us from GMO wheat. Thank you for standing up against this evil.
8 people found this helpful

Anna M. FlanaganReviewed in the United States on July 6, 2021
5.0 out of 5 stars
Good movie, fabulous cast, WATCH IT!
Verified purchase
This movie reminded me of public hearings I covered as a reporter in 1990 in which a gang of arrogant men and women in business suits, lawyers and executives for another large agricultural company, tried to convince the residents of a small, rural town in Illinois that the company would make it a tourist destination by building a 300-foot ski mountain out of coal ash (a toxic waste product of coal-fired energy plants). The high-powered, carefully coifed and perfectly manicured suits on one side of the small town hall where the meetings were held and the decidedly casual attire of the residents on the other is an image I will long remember, such a classic "little guy vs Goliath" tableau.

When I read reviews complaining of the slow pace of this movie, particularly of the courtroom scenes, I thought, "Huh?" I was completely engaged throughout and thought the courtroom scenes could even have been a little longer to really get across just how many resources Monsanto was willing to expend to crush opposition. But even without that, I thought the entire cast was great, starting first and foremost with Christopher Walken, who is, IMHO, one of the most if not the most prodigiously talented actors working today, and thank heavens he's still working and may he have many more projects ahead.
Yes, some characters could have used more development and screen time (Martin Donovan). But everyone from Zach Braff to Roberta Maxwell to Blake Taylor was wonderful.

Like so many of Walken's films, this one will probably play to a small audience and his beautiful performance overlooked by awards committees, and that's a shame. But don't deprive yourself--watch this film!
4 people found this helpful

Daniel L. RameyReviewed in the United States on May 11, 2021
5.0 out of 5 stars
Better with age...Walken's finest role
Verified purchase
This is not for the readers, or the ones who might watch this masterpiece, but to Mr. Walken, himself. I hope he reads this, to know, he is one of the finest men to ever walk the planet, overcoming so many odds to hand us his all every single time..THANK YOU SIR CHRISTOPHER WALKEN..
5 people found this helpful

WCReviewed in the United States on July 8, 2021
5.0 out of 5 stars
One Man's Battle Against Corrupt Leftist Corporations
Verified purchase
Monsanto (now owned by Bayer) was a classic Leftist-backed criminal Corporation - largely involved in strong-arming, intimidating, and threatening small to mid-level farmers - all in quest to squeeze out the average, independent man - and to then push their poison into the food chain.

This is a good film which shows the level of Leftist corruption - and their classic tactics - threats, intimidation, harassment, bogus lawsuits, and on and on.

Worth watching - and worth remembering at all times - what those of us who value Freedom are fighting against.
3 people found this helpful

RichReviewed in the United States on July 27, 2021
5.0 out of 5 stars
True story
Verified purchase
Great movie , Unbelievable great story and honestly believe that from The director's presentation of the script and definitely actors and actresses nailed all the characters right to point...
Mayne some won't enjoy. But , I think this a monumental movie , that help people recognize those once in a lifetime or 1 out of generation...., actually make a difference..., in lives and future opinions , not dismissing those similar to C.Walkens character and others like him standing up for themselves and beliefs , to fight back orbatamd up for their beliefs in that they had not broken a law... With so many in that Era left with what he and others in his position. To make a stand against Corperate America Co's , similar to MONSANTO (who coincidentally are some of the U.S.A.'s top pollution companies who took their quarterly and yearly profit expectations start to head in the direction that NO Corporation has ever wanted a long public court case..., especially with Corperate American business..., having to appear Ina public spotlight.
This was a birth-right , for so may farmers across this country and particularly the mid-west.
Shines a BRIGHT light in Corporations doing anything and everything to keep the lower income , suppressed Americans ......NO MATTER Race or background....
I really know that I never lost a second of my life watching a film like this.....or dor that matter taking the time to review this the way I have.
Usually, very Humble while keeping my opinions to myself.
I really enjoyed this entire movie..
Percy is a hero to all farmers that have remained to stay privately family owned Farms and Enterprises.
One person found this helpful
See all reviews
Back to top
Get to Know Us
Make Money with Us
Amazon Payment Products
Let Us Help You
EnglishChoose a language for shopping. United StatesChoose a country/region for shopping.
© 1996-2021, Amazon.com, Inc. or its affiliates