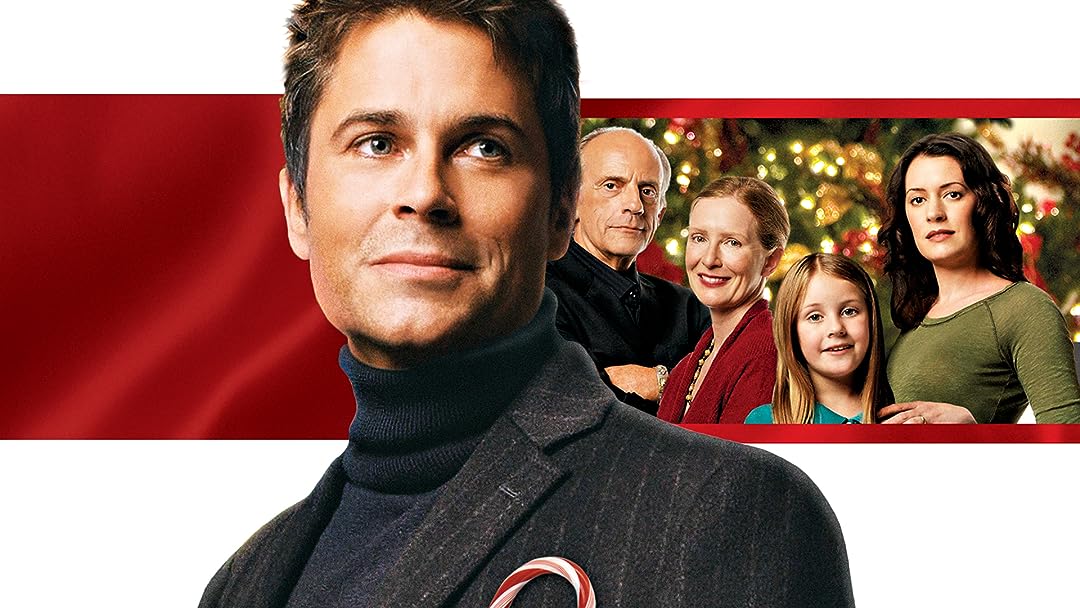 (312)
5.61 h 30 min2006X-Ray13+
A family man and suddenly-successful author encounters a mystic stranger who warns him he has only forty more days to live. Based on a novel by Richard Paul Evans.

High HopesReviewed in the United States on November 17, 2021
3.0 out of 5 stars
Hmmm....
Verified purchase
[BEWARE: SPOILERS] As a person who had a successful career in the celebrity world, and also having several friends who are best-selling authors, I was disappointed that this film was so off in how things work in those worlds. Firstly, no writer would be advanced $300,000 on their first book unless they are already a mega-star for some accomplishment other than writing. Secondly, if a husband wrote a book about his wife's life, it would be a goldmine and a no-brainer for agents and publicists to have both parties on tour. The wife definitely wouldn't be left at home. And, national, major-city book tours don't just fall into place like this film portrays. Tours almost never happen at all, unless - again, the writer is already a very well known celebrity or has written a number of very successful books. What is correctly portrayed in this film is that it doesn't take much success to make some people start believing their own press, start thinking too highly of themselves, and forget the values that had previously been the foundations of their lives. The surprise ending of this film is interesting, but not at all plausible - so all in all, this film is a let-down on several levels. As far as a movie to watch just to kill an hour and a half or so, it's not an awful choice.
3 people found this helpful

Glama PussReviewed in the United States on October 8, 2021
1.0 out of 5 stars
The minutia alone will...
Verified purchase
kill you. Sped thru the first 2/3 of the movie, terrible. Performances were fine but seriously, this is written so badly and goes over every little detail of his book and his life over & over, with no funny changes as in Groundhog Day. I could not wait for this to end, muddled thru just to say - Do Not Recommend.
2 people found this helpful

MillerReviewed in the United States on November 24, 2015
2.0 out of 5 stars
Didn't feel uplifted
Verified purchase
I thought this was going to be an uplifting movie, but I was mistaken. The scant description seemed to be a good premise for a story - "A family man and suddenly-successful author encounters a mystic stranger who warns him he has only 40 more days to live."

With a seeming Christmas theme, I assumed this would be somewhat of a "It's a Wonderful Life" or "The Family Man" type of movie where the main character realizes that his family is the most important thing in life and all else is unimportant and the viewer is left with a feel good vibe. But, it was an hour into this 1 hr and 30 minute movie before he was told he only has a limited time left to live. So, for an hour, we see how he becomes successful and his family life subsequently starts to fall apart. A downer! After he's told he's going to die (and I missed where he was told 40 days...), I didn't feel there was any emotion in his character and I'm not even sure how he ended up back with his wife and kids. It could have been a good story, but it fell flat for me.

William F. BrownReviewed in the United States on January 5, 2022
5.0 out of 5 stars
Quite a surprise!
Verified purchase
The acting is great. Nobody was hokey. : / I stopped watching it halfway through when I saw how the story was going. I Didn't want to go there. When I regained my Inner Fortitude, let's say, I picked it up where I'd left off and was glad I did. If you watch this movie watch it to the end. Another reviewer said they thought the ending wasn't plausible. Probably TRUE, but It was a GOOD ending. It was Very Good to have someone make the RIGHT choice for once. I believe it still happens.

Crystal's CornerReviewed in the United States on February 8, 2021
5.0 out of 5 stars
Enjoy A Perfect Day With Someone You Love!
Verified purchase
Rob Lowe learned a valuable lesson in this Christmas movie. Love is more powerful than any self pride or self esteem and should not be taken for granted. As with any Hallmark type movie, Mr Lowe learns as does his wife and children the meaning of love and how it binds a family together.
What I liked about A Perfect day was the warm feel good that a well written, good acting, and Perfect ending movie will do for whom ever watches it!
2 people found this helpful

The eBook InvestigatorReviewed in the United States on December 1, 2015
1.0 out of 5 stars
This Movie was a Major Disappointment!
Verified purchase
Disappointment doesn't begin to describe how I feet about this movie. I usually love Rob Lowe but this was, in my opinion, not worth watching. A few reasons. The H and h had a very poor relationship from the beginning and unfortunately the man was clueless as to how he was breaking his family apart. He is arrogant, cocky and a regular pain in the rear. He listens to no one! Oh yes, did I mention he always does exactly what he wants and to heck with his wife and child.

Husband barely talks to wife all throughout the movie but he sure could talk to the pretty lady who was his traveling partner as they toured months on end and rarely does he bother to call home.

I didn't feel any emotional connection between myself and the characters in the movie. I just felt nothing for these people. I tried really hard to stir up some emotions in myself but it just didn't happen. There was a barely there ending but not one that left me feeling happy or at least satisfied.
One person found this helpful

Nate93Reviewed in the United States on August 15, 2015
4.0 out of 5 stars
A Perfect Day – Tale of Redemption
Verified purchase
A tale w/a twist on Dickens "A Christmas Carol" redemption.The main character, Lowe, suddenly finds writing success, but lets the fame, attention and money go to his head, eventually and inevitably running off the tracks. The twist comes when you find that Lowe's first publishing agent works w/her mortician/writer client to turn Lowe around. But the "twist" goes too far, nearly wrecking the intended purpose. However, Lowe finds just in time that people and family are worth much more than everything he's found through writing success and salvages his life.

A film w/a good story line. Characters are well-acted and believable. Possibly one of Lowe's better performances. On balance, worth the time spent watching, as well as time spent trying to determine just how things will be resolved and what's really going on behind the "scenes."

DaveReviewed in the United States on December 15, 2021
3.0 out of 5 stars
OK
Verified purchase
I Like Rob Lowe and his performance was good but the ending and the story line went wrong for me. I'm glad I watched it but it's not going to be an annual favorite.
See all reviews
Back to top
Get to Know Us
Make Money with Us
Amazon Payment Products
Let Us Help You
EnglishChoose a language for shopping. United StatesChoose a country/region for shopping.
© 1996-2022, Amazon.com, Inc. or its affiliates