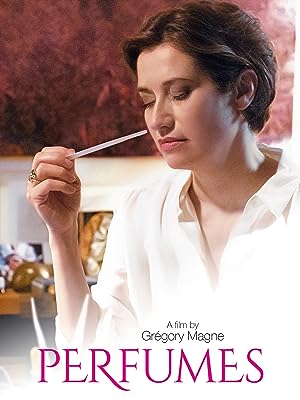 (7)
1 h 41 min2020PG-13
Anne Walberg is a master in perfumes. She creates fragrances and sells her incredible gift to many companies. She is a diva, selfish and temperamental. Guillaume is her new driver and the only one who dares facing her. This is probably why she does not fire him.

Eve777Reviewed in the United States on September 19, 2021
5.0 out of 5 stars
Calm, honest story...!
Verified purchase
Exactly what you in the mood for, dear francophile ...:)
One person found this helpful

Harry H LongReviewed in the United States on November 8, 2021
5.0 out of 5 stars
DEFT AND DROLL
The deft and deliciously droll film is a delight, treating some fairly serious matters with a light touch (some might term it a dramedy but I prefer comic drama). Guillaume Favre (Gregory Montel) is a freelance chauffeur and a divorced father trying to increase his income so he can afford a large enough apartment to gain partial custody of his daughter. His current client is Anne Walberg (Emmanuelle Devos) who is egotistical and demanding, insisting he perform tasks beyond his usual duties, such as helping her change the sheets in her hotel room because she finds the odor objectionable. Eventually he rebels and leaves her standing in the street with her luggage in front of her residence as he drives off. He is therefore astonished when she specifically request him for her next journey. She is, we learn, a gifted perfumer who at one point lost her “nose” and – in trying to bluff her way through an important assignment – ruined her reputation in the scent industry. She wants to make perfumes again but her agent sends her on much odder jobs such as replicating the smell of a Paleolithic cave or masking the objectionable odor made by a luggage factory.
It is Guillaume who contributes to the latter solution by suggesting what the smell must be (and also interjects himself to demand double her usual fee) as they become a team and the socially awkward Anne’s defenses soften. Anne has an argument with her agent, fires her and gets drunk in a bar only to wake having again lost her nose. Guillaume races her to the hospital after she takes sleeping pills in a suicide attempt and he loses his license for going way over the speed limit. I hope it’s not too much of a spoiler to note that the film is not a tragedy. Writer/director Gregory Magne keeps things moving nicely with the dramatic moments neither shortchanged nor overly dwelt on. And while some may see the connection between the two characters as ultimately romantic Magne is coy on that subject, neatly sidestepping a cliché of this sort of film. Neither drama nor comedy rule in this souffle and the performers bring the same delicacy of touch to their roles. Montel and Devos are splendid individually, giving sensitive, graceful and amusing performances, and have amazing chemistry with each other. The minor roles are equally well performed and the photography is luscious. This may well be that rarity: a perfect film.
One person found this helpful
See all reviews
Back to top
Get to Know Us
Make Money with Us
Amazon Payment Products
Let Us Help You
EnglishChoose a language for shopping. United StatesChoose a country/region for shopping.
© 1996-2021, Amazon.com, Inc. or its affiliates