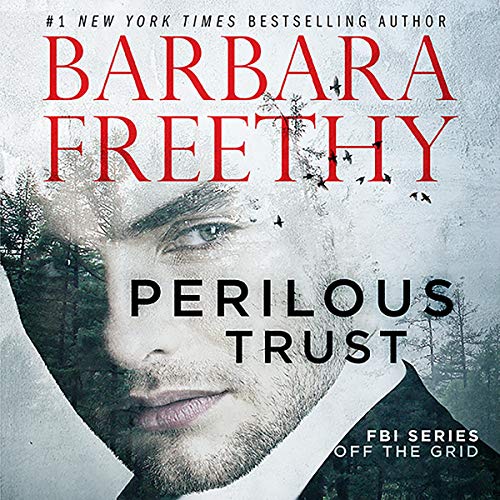 4.5 out of 5 stars
4.5 out of 5
1,239 global ratings
How are ratings calculated?
To calculate the overall star rating and percentage breakdown by star, we don’t use a simple average. Instead, our system considers things like how recent a review is and if the reviewer bought the item on Amazon. It also analyzes reviews to verify trustworthiness.
Top reviews

Brianna Seaton
2.0 out of 5 stars Not sure what to think
Reviewed in the United States on October 4, 2018
Verified Purchase
This book caught my attention and I figured it's only $6 so why not! But I was highly disappointed. The premise was good and I liked the mystery/romance mix ... But the writing was off. I can't put my finger on it but the interactions between characters wasn't great. The dialogue was repetitive and boring. There was a lot of "I know you need to do (insert whatever here) but you have to stay strong right now" with "I know I need to do (insert same whatever here). I know i need to stay strong. I have to. I just miss him so much. I know I don't have time to mourn though" as a reply. It was just very hard to read and definitely needs to be looked over.

Sad I wasted $6 on this as I don't think it was worth it but oh well. Good luck to whoever reads this and I hope this review helps you make a decision!
Read more
47 people found this helpful
Helpful
Report abuse

Karwyn
3.0 out of 5 stars Not bad but not great either.
Reviewed in the United States on August 23, 2018
Verified Purchase
This isn’t a badly written book, but I honestly really didn’t care what happened to the characters, as I pretty much assumed the books outcome from the start and I was correct. There was no real thrill or danger and most of the book was a long road trip. I couldn’t understand how a 28 year old woman thought her dad could pay for everything on an FBI salary. So right off the bat I assumed the dad was dirty. The twist would have been him not being dirty. Also it’s never explained how the bad guys tracked the fleeing couple so freaking easily too. But then again the book does have continuity issues even characters names are switched in a chapter. For me this book was not worth the $5.99 I paid, it was more of a borrow type book.
Read more
22 people found this helpful
Helpful
Report abuse

NormaJean
5.0 out of 5 stars A real page turner!
Reviewed in the United States on January 27, 2018
Verified Purchase
Perilous Trust is the first book in the Off the Grid series. It is an awesome mix of suspense and romance.

Alan Parker is head of the organized crime unit of the FBI. His daughter, Sophie, is a Professor of Archaeology at a university. When Sophie leaves campus one day she discovers several terse messages from her father on her cell phone. He starts out saying that he is sorry . . But, Sophie has no idea what he is apologizing for. He tells her to leave town and go into hiding and not to trust anyone . . . not even his fellow FBI agents. Before she can find out why, her father is killed in a car accident.

Damon Wolfe is a young FBI agent. Alan was Damon’s mentor at Quantico and has just had him transferred to the Organized Crime unit for a special assignment. Alan was killed before Damon could find out what that assignment is.

When Sophie disappears, Damon begins a search to find her. When he finds her at her father’s lake house he tries to convince her to let him help protect her. She is afraid to trust anyone, but, when someone starts shooting at her through the window she has no choice but to trust Damon. Together they begin a terrifying search for the truth.

Ms. Freethy has written a gripping suspenseful beginning to this series. The twists and turns kept me guessing. I couldn’t put it down. I read most of the night because I had to find out what would happen next. I recommend this book to anyone who loves a good mystery/romance. I look forward to reading the rest of the series.
Read more
19 people found this helpful
Helpful
Report abuse

PamD
5.0 out of 5 stars Great start to the series!
Reviewed in the United States on August 1, 2017
Verified Purchase
Sophie Parker is teaching a class on archaeology at NYU when two FBI agents came into her room. When she recognized Peter Hunt, one of her father's best friends, she knew something was wrong. Once she was alone, she started to call her aunt to give her the news & realized she had four voicemails from her father. She was so confused. Then, right before she reached her apartment she saw two men entering her apartment building & realized her dad had been right, she was in danger.

Damon Wolfe has just moved to New York to work with his mentor in the local FBI office. Before he could be briefed on his first case, his mentor was killed & Sophie had gone missing. He had to see if he could find her & help. He still felt guilty about keeping their one night stand a secret. Once he found her, before they could really talk, someone was shooting at them. What's going on? How can he protect Sophie? Who do they trust?

I really enjoyed this book! Ms. Freethy writes a good book whether it's a romantic suspense. The plot moved quickly but nothing is left out. It just serves to ramp up the tension. The characters are realistic & lifelike. The interactions between Damon & Sophie and also between Damon & two friends from the academy add emotion & depth to the story. If you like suspense stories that keep you on the edge of your seat with a little romance added in, you won't want to miss this one!
Read more
5 people found this helpful
Helpful
Report abuse
See all reviews

Amazon Customer
3.0 out of 5 stars only a reasonable read
Reviewed in the United Kingdom on August 10, 2021
Verified Purchase
I found this very tedious and unrealistic. Kept putting down. Author muddled names, this was annoying. I don't believe people running for their lives would be kissing and having sex. They would be planning how to stay alive. They made loads of basic errors. eg. the throw away phones could be pinged after they used them so their movements could be tracked, Damon carrying his phone to find her, etc. Loads of loose ends. Spoiler. If father had no money, how could he afford house, cabin and apartment? Where was case of money from? How did baddies get to cabin and storage just as they did? Nothing ties up.
Read more
Report abuse

Heather B
4.0 out of 5 stars Good, But Not the Best
Reviewed in the United Kingdom on August 11, 2018
Verified Purchase
I always enjoy Barbara Freethy’s romantic suspense and, in fact, I think that she’s one of the best out there in this genre. I was pleased therefore to read the first book in her new series. However, although the book was good, I didn’t feel that it was quite up to her usual standard. I think I felt it was a bit lacking in depth and complexity, and it just didn’t have me on the edge of my seat like some of her other books have done. It all just seemed to come together at the end a bit too neatly as well. It’s still a good read but not as brilliant as some of her other series.
Read more
2 people found this helpful
Report abuse

Book Maniac
4.0 out of 5 stars Enjoyed it
Reviewed in the United Kingdom on September 1, 2021
Verified Purchase
I thought this was a good thriller but there were a few loose ends that needed to be explained. The heroine was a bit tiresome at times when she lost the plot but overall not bad main characters. I found Wyatt, the undercover guy, to be intriguing and want to know what his story is so hope the author is going to write about him. If you enjoy books with a bit of nail biting drama then give this a go.
Read more
Report abuse

Diane Risk
4.0 out of 5 stars I love Barbara Freethy, but this book was not as good as the other 30+ I've read.
Reviewed in the United Kingdom on November 28, 2018
Verified Purchase
I always enjoy Barbara Freethy’s romantic suspense and, in fact, I think that she’s one of the best out there in this genre, which is why this rather 'ordinary' story disappointed. Although the book was okay, I didn’t feel that it was quite up to her usual standard. I felt it was a bit lacking in depth and complexity, and it just didn’t have me on the edge of my seat like some of her other books have done. It’s still an OK read but not as brilliant as some of her others. I hope she returns to her usual standard in the next book in this series.
Read more
Report abuse

Book reviews
4.0 out of 5 stars Good romantic suspense
Reviewed in the United Kingdom on December 2, 2019
Verified Purchase
I enjoyed the story mystery surrounding the death of the main character's father and the romance which followed between to hero and heroine. A good introduction to the set up of the series and meeting some of the team. I have the next one already to read.
Read more
Report abuse
See all reviews
Back to top
Get to Know Us
Make Money with Us
Amazon Payment Products
Let Us Help You
EnglishChoose a language for shopping. United StatesChoose a country/region for shopping.
© 1996-2021, Amazon.com, Inc. or its affiliates