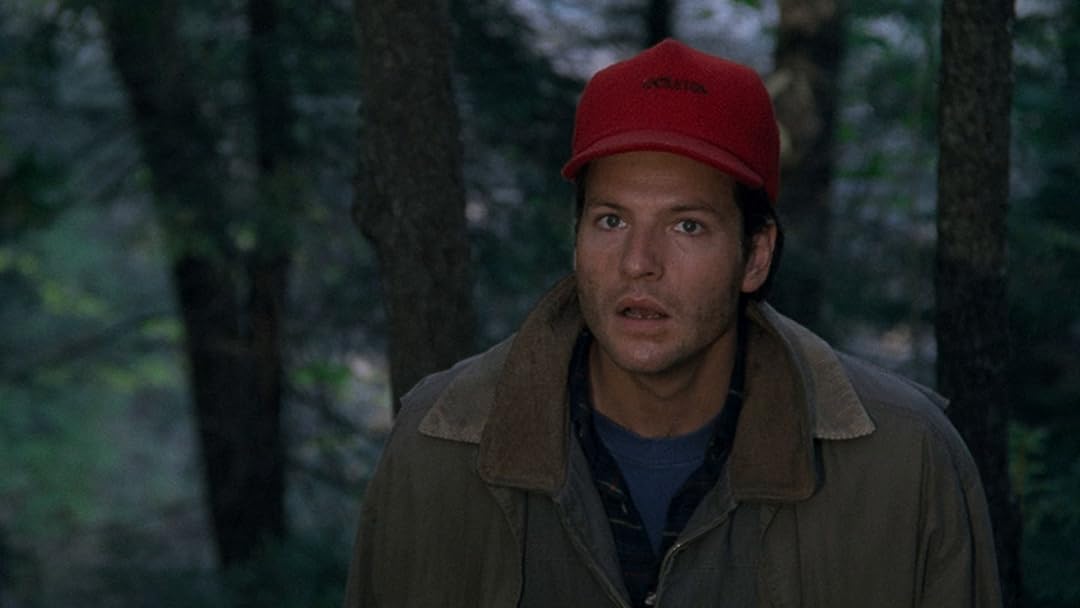 (4,684)
6.51 h 42 min1989X-RayHDRUHDR
In this thriller by Stephen King, a young doctor and his family move to a small town in Maine and discover that they are living near a very unusual burial ground.

Aparato PopReviewed in the United States on November 13, 2018
3.0 out of 5 stars
It’s a good ride as long as you don’t think too much about the logic.
Verified purchase
I saw this movie in 1989 when it first came out. I went with 3 other guys but since we couldn’t sit together I found an empty seat next to this blonde chick. When Fred Gwynne started speaking in that Maine dialect , I cracked a few jokes referencing to his old character of Herman Munster. She laughed at my jokes. This is the reason why I remember this movie fondly even though when I watch it now I see the many flaws in the plot and the not so great acting on the part of some of the adults, particularly Denise Crosby, who had been recently killed off from the Star Trek series. I could be wrong about the dates, so if you are a devoted Trekkie please give me some slack. The character played by Crosby as the inexplicably stiff, butch, and combative wife contributed nothing to the story aside from an unexplained backstory about her doctors husband not being accepted by her family. Perhaps the book covers the subject. The film has 2 major disturbing scenes: the death of the couple’s toddler Gage, and the fight at the funeral where the boy’s coffin is thrown to the ground. The final scene which ends on a scream was a good ending I thought so back then at the movie theater, and recently when I watched it again 29 years later. It’s a good ride for what it is but don’t think about the plot too much or you may be disappointed.
Unfortunately when the movie ended the guys came looking for me and I never saw that girl again. :-(
28 people found this helpful

A. RoseReviewed in the United States on November 10, 2018
3.0 out of 5 stars
One that children should be kept away from
Verified purchase
There are very few movies that get to me, but this happens to be one of them. Based on a novel by Stephen King, it follows the events in the life of a doctor and his family that move into a new home that is located on the edge of a busy highway. Leading from the back of their home is a path that goes to a tiny graveyard that the children of the area have built to bury their pets that were killed on the highway. However, there is something beyond this graveyard, a place where the local Indian tribe also buried their dead. When the pet cat of the young daughter gets killed on the highway, the old man that lives across the way takes the doctor to this Indian ground and, upon burying the cat there, the animal comes back to life and returns to the family. When their baby boy is also hit and killed by a truck on the highway, the grief stricken doctor takes him to the Indian graveyard. The rest is a nightmare of epic proportions because, when the dead come back, they are not ever the same.
This film stars Dale Midkiff as the doctor and Denise Crosby as his wife, this being one of the parts she played after her departure from her character in Star Trek: The Next Generation. It also features the old comedy star Fred Gwynne as old man Crandall. I gave this movie only three stars because, though the script was well done and the acting was superb, the subject matter was, in my opinion, something that is a little too disturbing be put on film. The images (spoiler alert) of a desperate father digging up his dead child's grave and cradling the body in his arms. The scene of a two-year-old boy biting out the throat of a grown man. The horrified realization of the father when he learns what his once innocent baby has done. These are things that will haunt my memory, and why this is a film that children should definitely be kept away from. There are some stories that should be left to the imagination, and this is one of them.
11 people found this helpful

SharpReviewed in the United States on October 18, 2017
5.0 out of 5 stars
Pet Sematary is Always Good
Verified purchase
This is Stephen King's fictional story about loss of loved ones and trying to resurrect them. The cast, especially Dale Midkiff and Fred Gwynne are at their best and make this story believable. The sensible part of me asks" why would a couple move their small children to live in a house on the edge of a speeding highway of monster trucks." The other, part of me, who loves Stephen King's writings, knows the answer, for there would be no movie of merit without such a crazy decision for the family of this story. True, it is sad and morbid, but that makes the story for the viewer. I saw this movie many years ago, watched it again, and still loved it. No matter how many times you have seen "Pet Sematary" it is always going to be good and hold onto you till the end.
21 people found this helpful

Zachary LittrellReviewed in the United States on December 1, 2018
2.0 out of 5 stars
A goofy fun horror film...that collapses into a mess
Verified purchase
A man making out with a bloodied corpse. Freaky cat. A snarky ghost. A long-faced neighbor spilling dark secrets from his pensive jowls. And a cursed indian burial ground, where the soil has "gone sour." All the ingredients for a good, campy horror film were here.

And for the first half, it is fun! And it's mostly out of anticipation -- from the moment the cat Church comes crawling back to life, we know it's only a matter of time before a human being is buried in the pet cemetery. Even old Jud, who gives a stern lecture on the dangers of messing with life and death, is thoroughly unshocked when a dead child shows up at his house.

But it feels like the film got tired of waiting and by the end starts killing people right and left for the heck of it. And as gnarly as some of the deaths are, the climatic battle is flat out goofy, and not in a fun way. The "Pet Sematary" either makes you a mindless, gibbering zombie, or a psychopathic serial killer -- depending on what the movie needs. It sure doesn't help that, except for class act Fred Gwynne or little Blaze Berdehl, the acting is wildly dull. C'mon Denise Crosby! You're allowed to act!

Not a bad film by any means, and there are a few money shots of vintage 80's horror -- but there's a lot more fun horror movies from the same decade you can spend your evening on.

joel wingReviewed in the United States on December 14, 2020
2.0 out of 5 stars
Totally flawed premise but the 2nd resurrection provides a good ending
Verified purchase
This was the original 1980s version of the Stephen King book where a haunted cemetery can bring things back to life. As you can guess it leads to horrible results. The movie starts off well but when the cemetery and it’s powers are introduced there are immediate problems. If they knew the place caused problems why would they go there? Supposedly it’s because they thought people couldn’t handle death so they just accept bad things will happen. That doesn’t make any sense. Yes, there’s motivation there but really it just seems like a flawed premise. On the positive side the second resurrection is pretty good so the movie ends well.
C
2 people found this helpful

Films4LifeReviewed in the United States on August 11, 2016
5.0 out of 5 stars
One of the creepiest horror films ever made
Verified purchase
I haven't read the book so I have no basis for comparison but judging strictly on the movie Pet Sematary is an excellent horror film. It is very dark, disturbing, unsettling and scary. Its very well made with great acting. Its one of those horror movies that are a challenge to watch alone in an empty dark house late at night. It will absolutely chill you to the bone and make you look over your shoulder. Elliott Goldenthal's score is literally haunting as well. Its one of the top best Stephen King film adaptions.
10 people found this helpful

GH3KReviewed in the United States on November 9, 2018
1.0 out of 5 stars
Don't waste your time
Verified purchase
Not scary and mediocre acting, although Herman Munster, the cadaver ghost, and the killer tyke were slightly above average. I blame Mary Lambert, the director; she got the pacing pretty well, but the entire film has a pasted together quality. As a result, Pet Sematary comes across as a TV movie with a bigger than usual budget, it's completely underwhelming. There's a feeling that everyone is going through the motions; conventional genre tropes on parade. No surprises, no scares, just meh.

And please, Stephen King as a minister?
2 people found this helpful

Jane A.Reviewed in the United States on August 31, 2020
4.0 out of 5 stars
Genuinely bone chilling
Verified purchase
Having watched this 1989 version after the 2019 version, I can say unequivocally this is the superior movie. Truer to the book than the remake, with better pacing, plotting, and cemetery design; and with empathetic characters and a definitively 80s horror vibe, I recommend Pet Sematary to anyone looking for a good scare and a bit of gore, especially Stephen King fans who prefer their adaptations loyal to the original book. There's a fun cameo too; and the late 80s outfits are on point (e.g., Ellen's glasses and the mom's high-waisted gingham shorts, athletic socks and blouse situation).
See all reviews
Back to top
Get to Know Us
Make Money with Us
Amazon Payment Products
Let Us Help You
EnglishChoose a language for shopping. United StatesChoose a country/region for shopping.
© 1996-2022, Amazon.com, Inc. or its affiliates