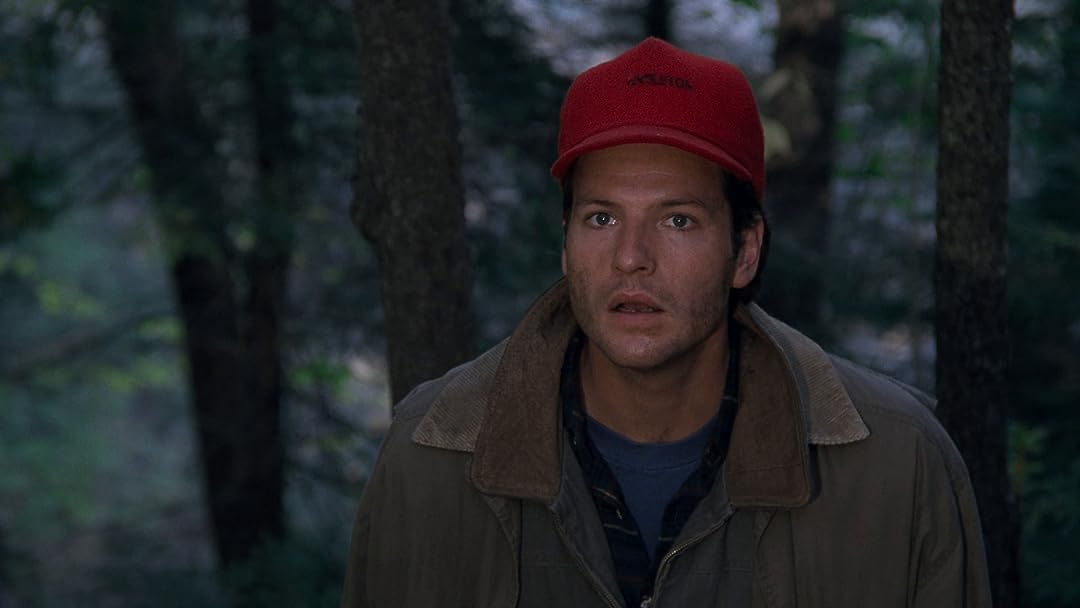 (1,297)
6.61 h 42 min1989X-RayHDRUHDR
For most families, moving is a new beginning. But for the Creeds, it could be the beginning of the end. Because they’ve just moved in next door to a place that children built with broken dreams, the Pet Sematary.

JTriplettReviewed in the United States on June 28, 2019
5.0 out of 5 stars
30th. Anniversary edition 4K/Blu-ray DVD/digital copy Stephen Kings Classic Pet Sematary
Verified purchase
Let’s start off by saying too many people on here think this is their own personal movie 🎥 critics lounge 🍿 it’s not it’s a store people come and make decisions on products and purchases with that being said here we go. (Product review only) What a beautiful 30th anniversary 4K/Blu-ray edition of Stephen Kings classic Pet Sematary ⭐️⭐️⭐️⭐️⭐️ Rating this edition has everything 4K transfer plus a Blu-ray transfer audio is outstanding. Plus a digital copy...! There are a few special features look below at my pictures to see all the special features it does have.! Last pic shows awesome Pet Sematary documentary that’s a must have companion for the movie .!! Thank you sincerely JTriplett
P.s. Sometimes dead is better.........💀💀💀
10 people found this helpful

Where Are My Droids?Reviewed in the United States on April 10, 2019
2.0 out of 5 stars
Fantastic 4k Transfer; Bad Movie
Verified purchase
Let me say this first. The 4k transfer is beautiful. Absolutely one of the best looking 4k movies I own in my collection and my jaw drops every time I realize this is a 30-year old movie. The cinematographer did a phenomenal job and I'm glad this release showcases the fact.

Now the movie itself...well. It is not good. Frankly, it's pretty bad.

If you're a fan of the book, you're going to hate this movie. Maybe even be offended. While the opening credits and first 20 minutes are promising, all of the dread and fear of the original story are magically zapped away from the movie and replaced with a campiness only the 80s can produce. I don't know what Stephen King was thinking with his screenplay, but it does a tremendous disservice to the powerful source material. Without giving away any of the story, there is a pivotal moment that one does not have to put in much effort to truly disturb the audience (hint: it involves a truck). Yet, this movie is so bad that you feel nothing from it happening. Nothing.

As the movie adapts a fairly big book into 105 minutes, a lot of things had to be left out; including the entire history of the "grounds" and the logic behind the supernatural things that occur. Considering this was such an important element to the original story, it's truly unfathomable why the filmmakers didn't even try to put it in the movie.

Also, I can't tell if the main character is terribly written or if the actor is just really bad at his job. I'm going to assume it's probably a combination. On second thought, all of the actors range from mediocre to b-movie with the (major) exception of Fred Gwynne. He sells the movie and I'm sure whatever nostalgia glasses people have on while praising this film can be attributed to his stellar performance amidst a poor script.

Overall, it's a bad movie. A beautiful looking movie that truly shines in 4k. But a bad one. Grab it only if it's dirt cheap and you just want something pretty to look at.

lunakashaReviewed in the United States on October 11, 2017
5.0 out of 5 stars
LOVE this movie so much
Verified purchase
I love this movie and it is one of my favorite Stephen King movie adaptations. It's not perfect, but it has some very creepy scenes, enhanced by the beautifully haunting Elliot Goldenthal score. What I love the most about this movie is the cast and the emotional impact around death and loss. Especially a fan of Dale Midkiff as Louis Creed, Fred Gwynne as Jud Crandall and Miko Hughes as 2 year old Gage. I also love every scene featuring Church, the cat. I have watched this movie many times and it never gets old.
17 people found this helpful

Ramon PachecoReviewed in the United States on June 5, 2019
5.0 out of 5 stars
To use a 4K DVD you need a 4K Blu-ray player.
Verified purchase
This movie is a classic Stephen King movie it is great on 4K, picture and sound quality is great if you're really interested in Stephen King movies this would be great for your movie library.
2 people found this helpful

MikeReviewed in the United States on May 17, 2021
5.0 out of 5 stars
Creeepy.
Verified purchase
To scare the living daylights out of my friends,they liked alot....That cat,"Church",....little fuzz ball,guess he didn't get his freekies....so it pissed him off.Great cast.DID NOT LIKE THE WAY THAT LITTLE BOY DIED,thank god it was just a movie.Kid grew up to be a wonderful and talented young actor. Very pleased with this blu ray,good picture and sound. Thank you.
One person found this helpful

A. LittleReviewed in the United States on April 17, 2019
5.0 out of 5 stars
Underrated Horror Gem of the 1980s!
Verified purchase
One of the greatest and most underrated horror films of the 1980s! Not only is this movie creepy and disturbing. The story is truly heart wrenching in its portrayal of loss and the lengths that people will go to recapture what they have lost. Looks great on Blu-Ray!
2 people found this helpful

ThatsMrGrinch2UReviewed in the United States on September 4, 2019
5.0 out of 5 stars
Love This Movie!
Verified purchase
The original Pet Sematary on 4K UDH -- love it! Excellent movie and the 4K transfer looks spectacular for the age and original film cameras. Denise Crosby is an extra bonus to this movie -- she's awesome!
2 people found this helpful

This blu ray includes the digital copy of the NEW Pet Sematary, NOT the original version of the film that you buy the blu ray FOR. So there's that.

However, I was ecstatic at the huge amount of the extras on the disc. Worth owning.
See all reviews
Back to top
Get to Know Us
Make Money with Us
Amazon Payment Products
Let Us Help You
EnglishChoose a language for shopping. United StatesChoose a country/region for shopping.
© 1996-2021, Amazon.com, Inc. or its affiliates