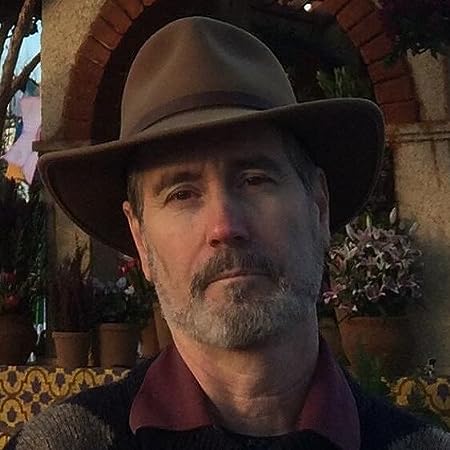 I am an actor, director, speaker, playwright, poet, and author of the Rondo-nominated "Mushroom Clouds and Mushroom Men - The Fantastic Cinema of Ishiro Honda," "Atomic Dreams and the Nuclear Nightmare: The Making of Godzilla (1954)," and "The Sons of Godzilla: from Destroyer to Defender, from Ridicule to Respect (1955-1995)." I have also written the horror novels "Devil Bat Diary - The Journal of Johnny Layton" and "Terror In Tinseltown - the Sequel to Devil Bat Diary," as well as a volume of poetry called "A Rainbow's Bold Amen," an anthology called "Three Plays," "No Sympathy for the Vampire: The Film World of Bela Lugosi," and "Dark Detours: A Collection of Sinister Short Stories."

I enjoy books, films, music, and have lectured at numerous conventions and written many articles on Japanese monster movies, and am a huge Bela Lugosi fan. My email is gojirafan53@aol.com and you can find me on Facebook at: Peter Hayes Brothers.

Thanks for stopping by! 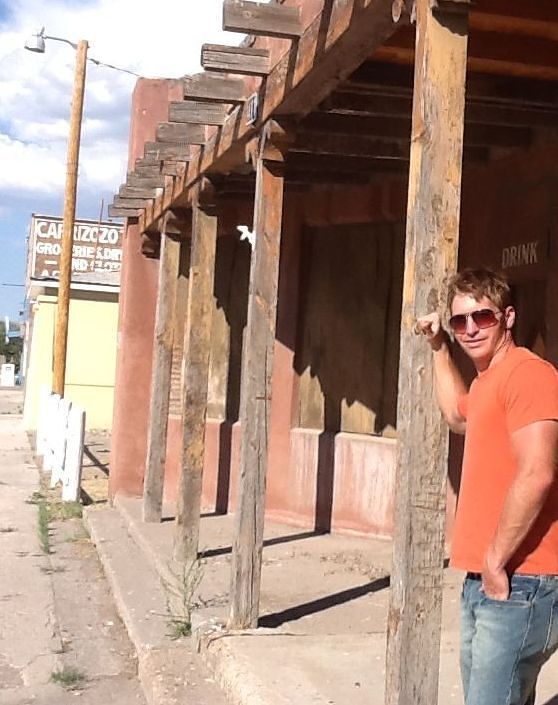 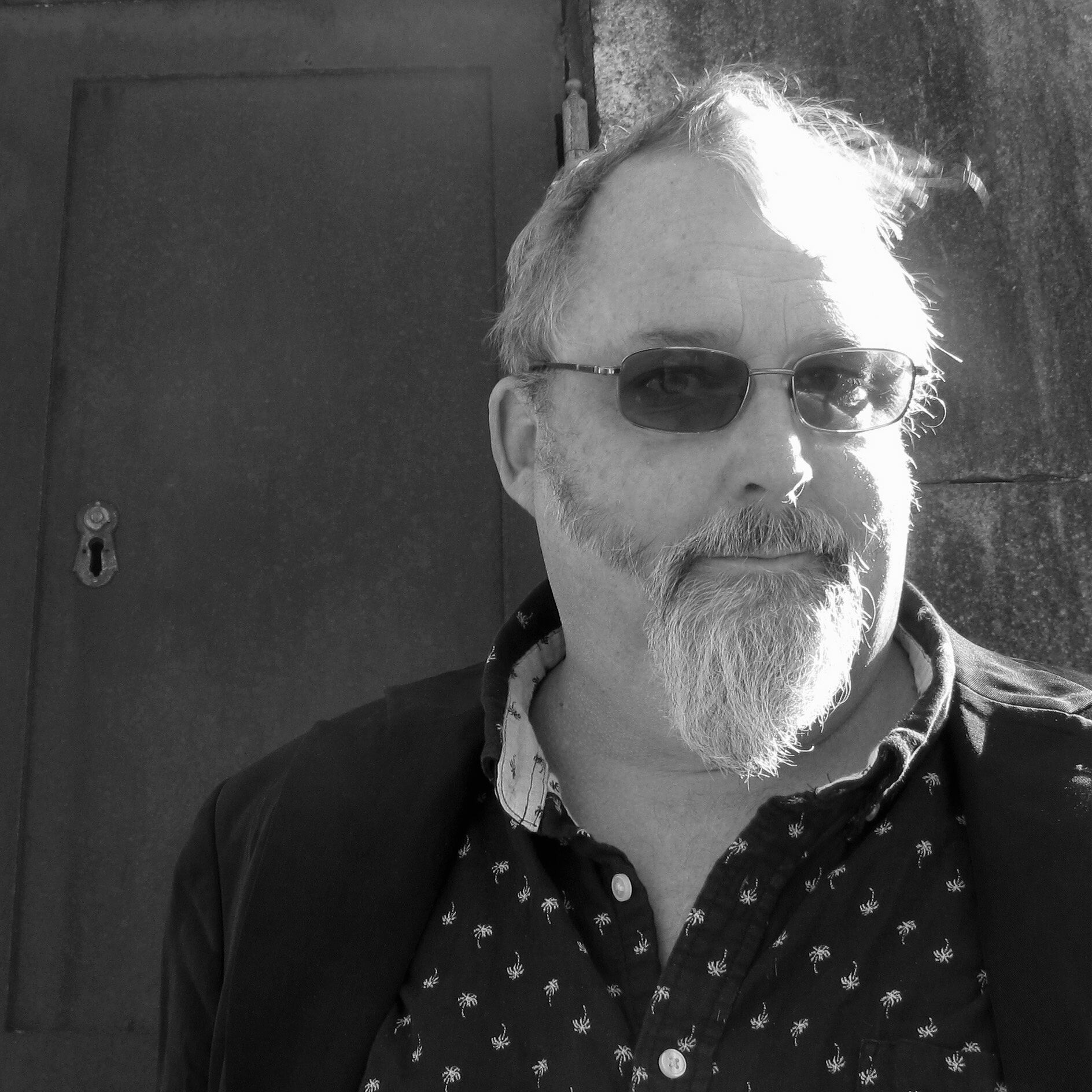 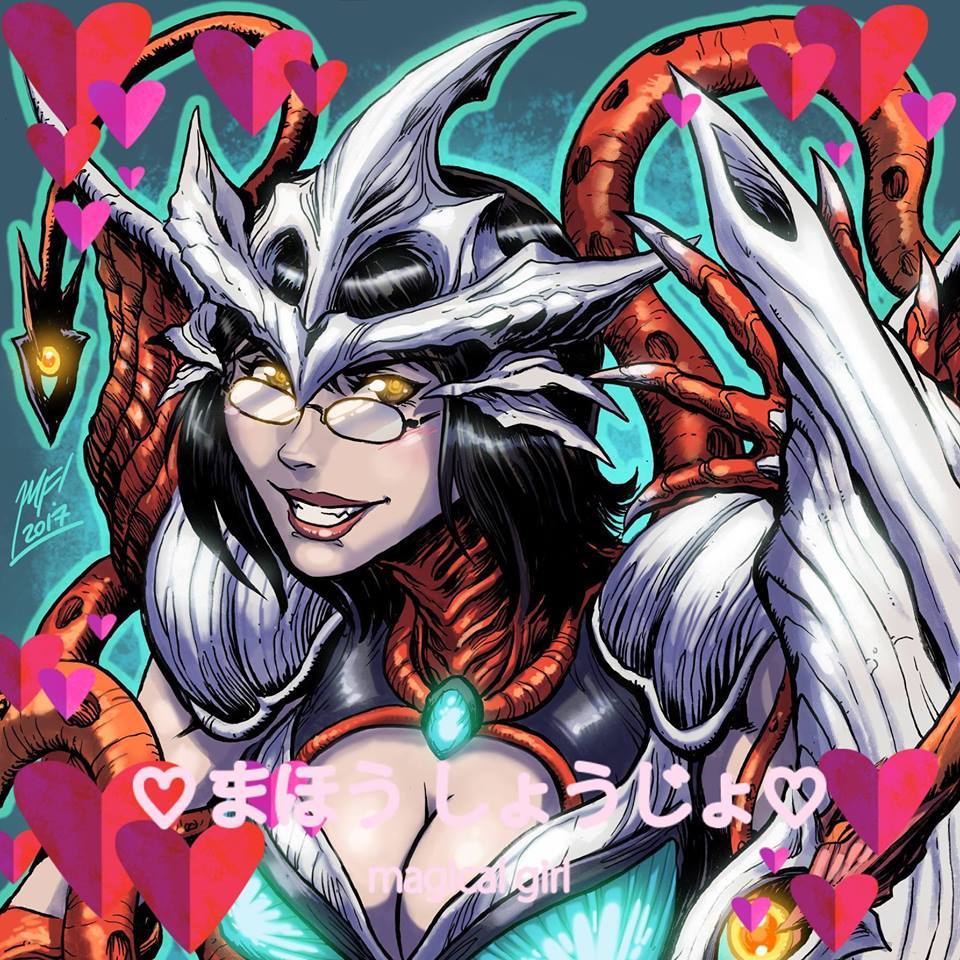 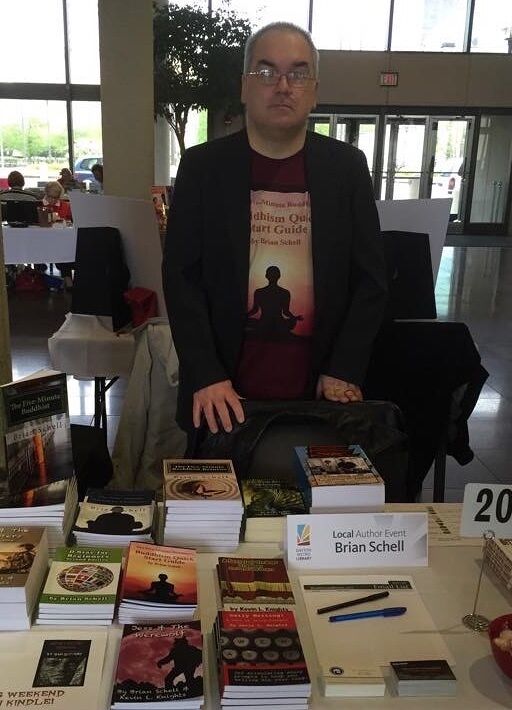 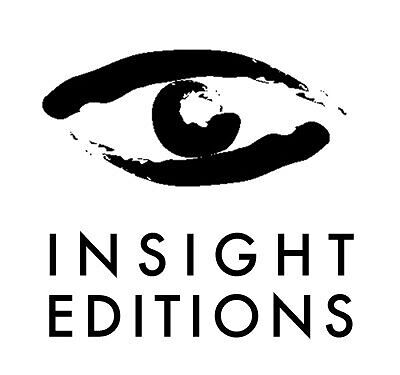 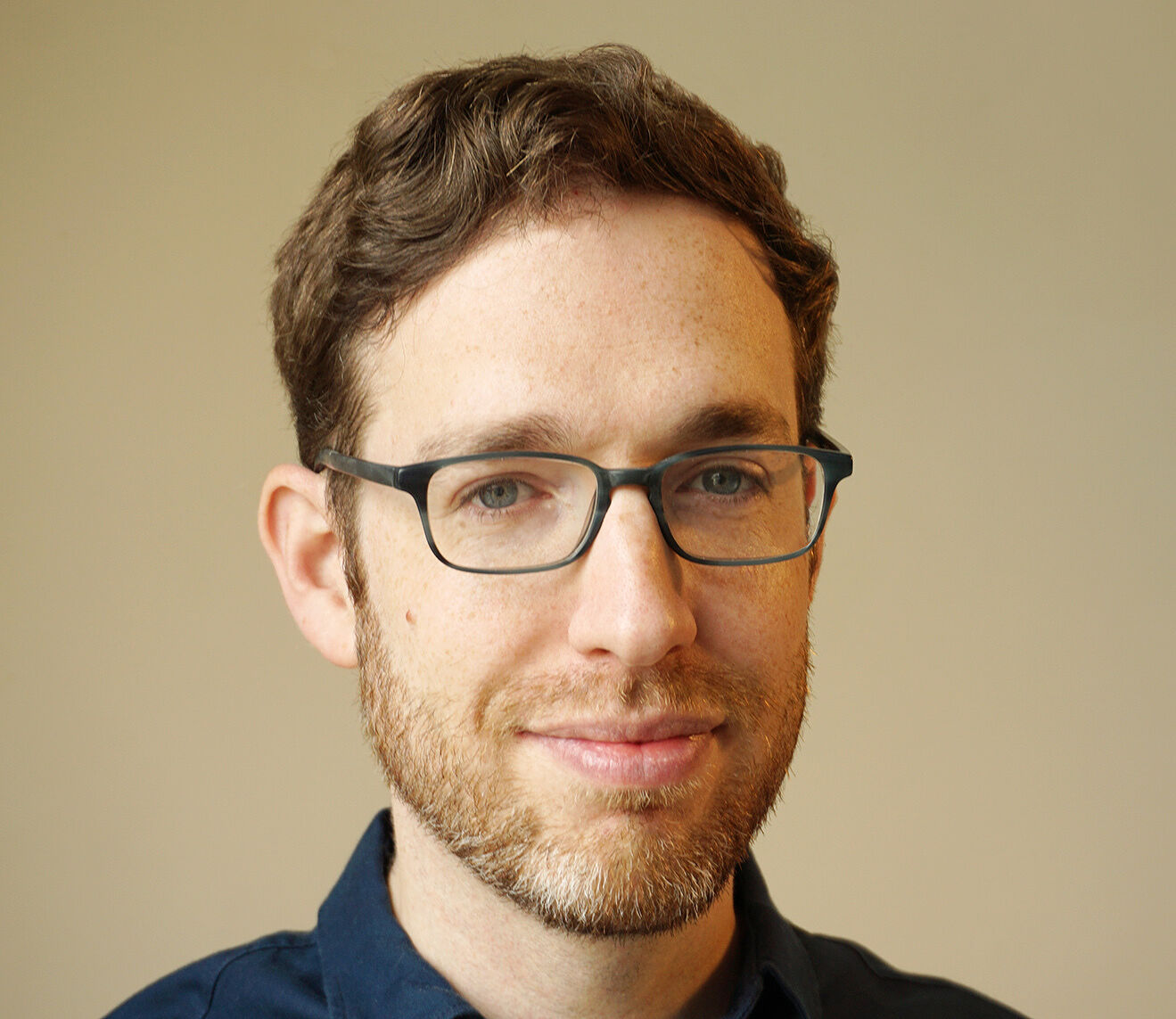 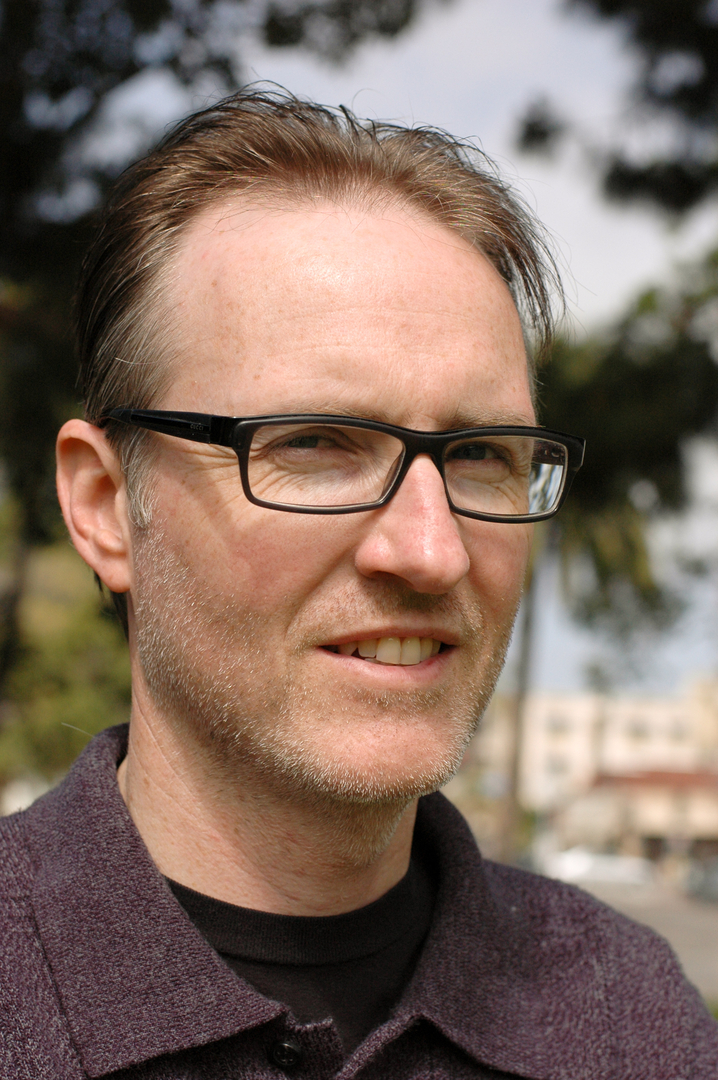 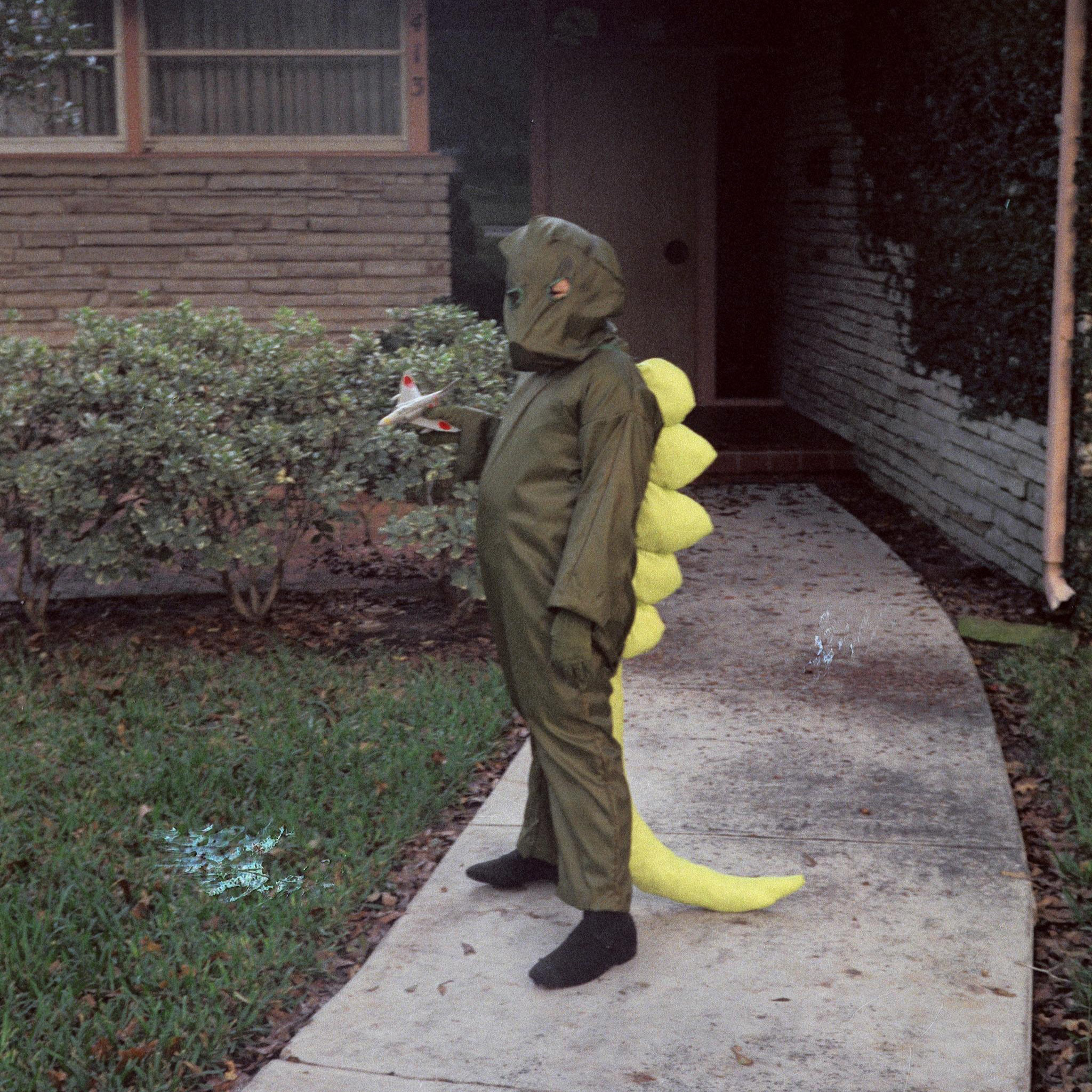 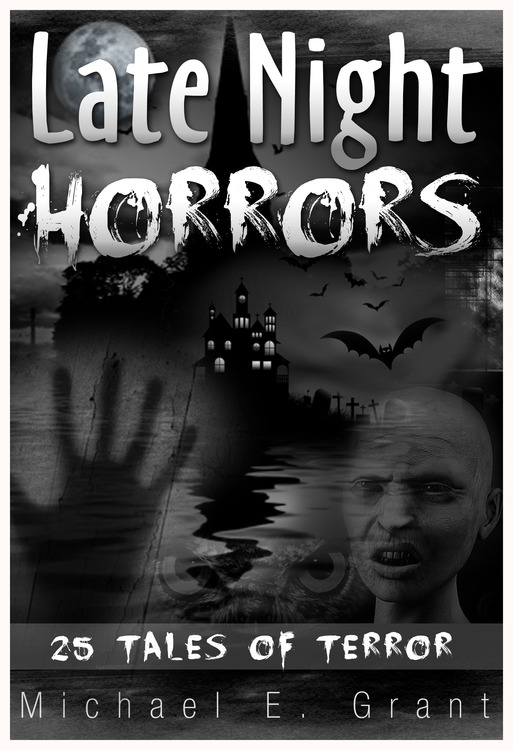 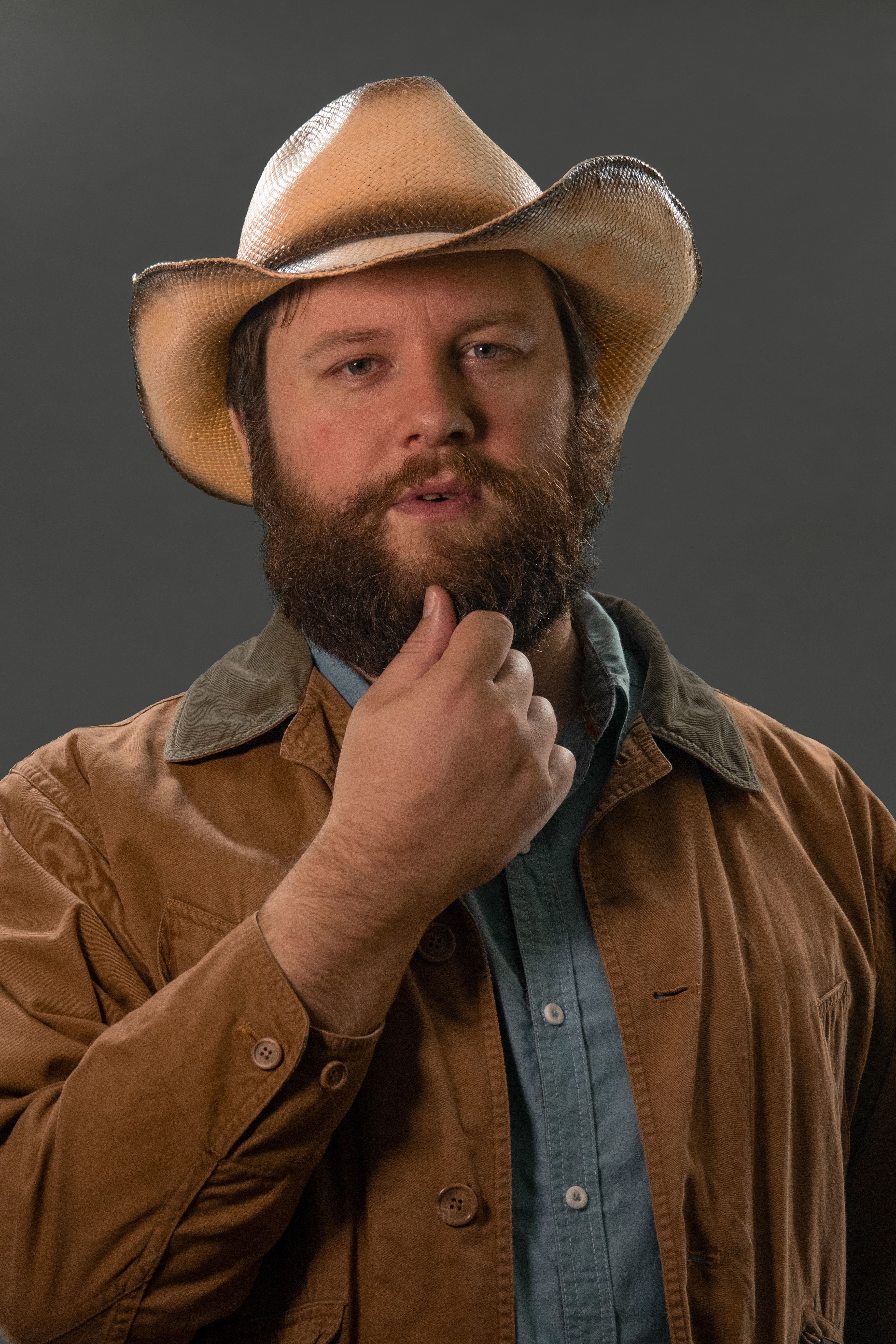 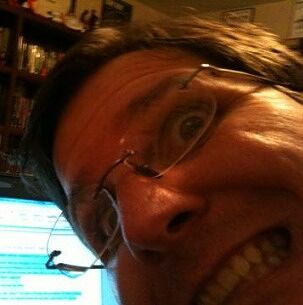 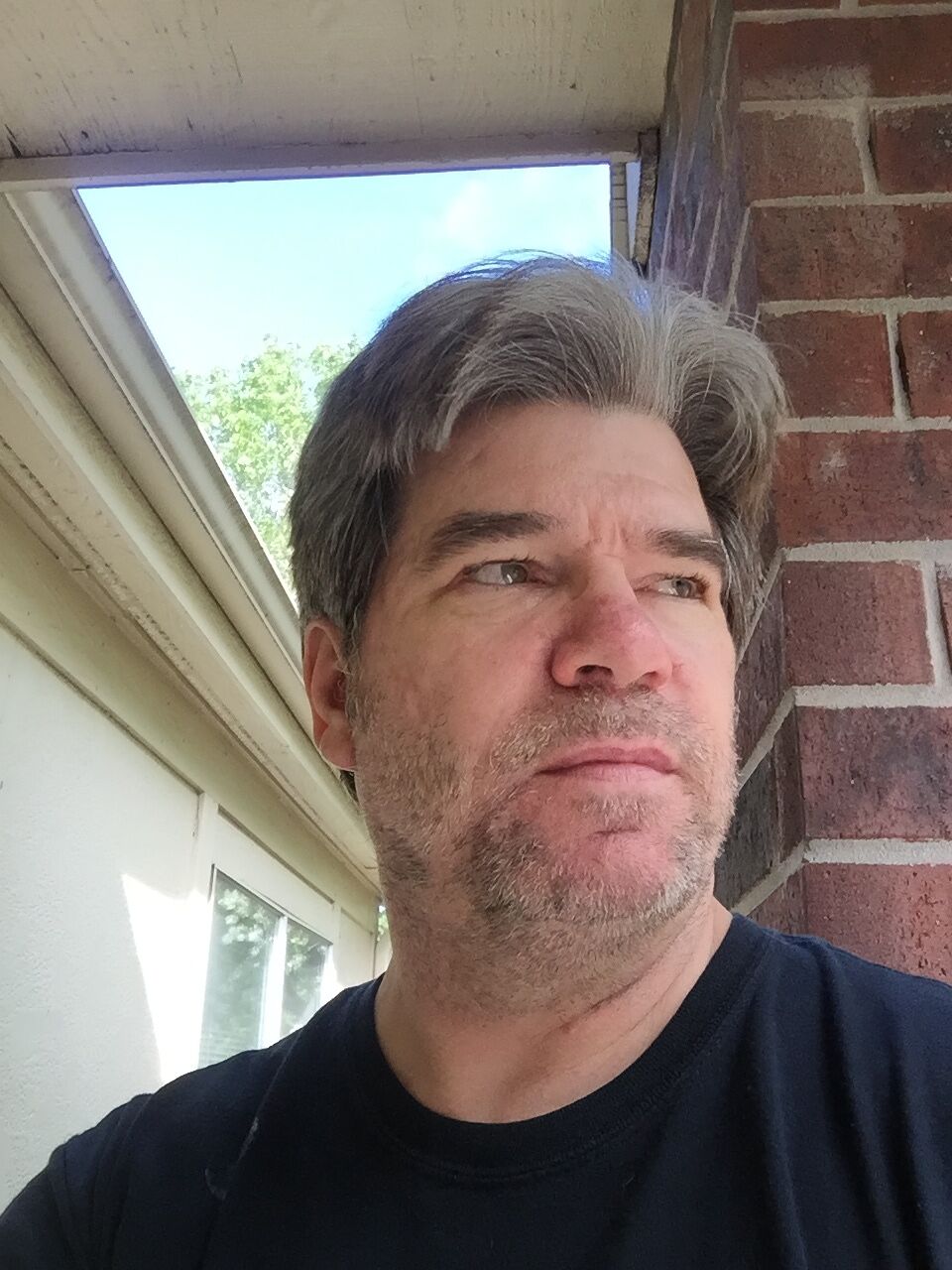 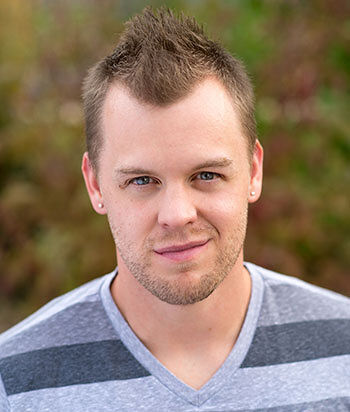 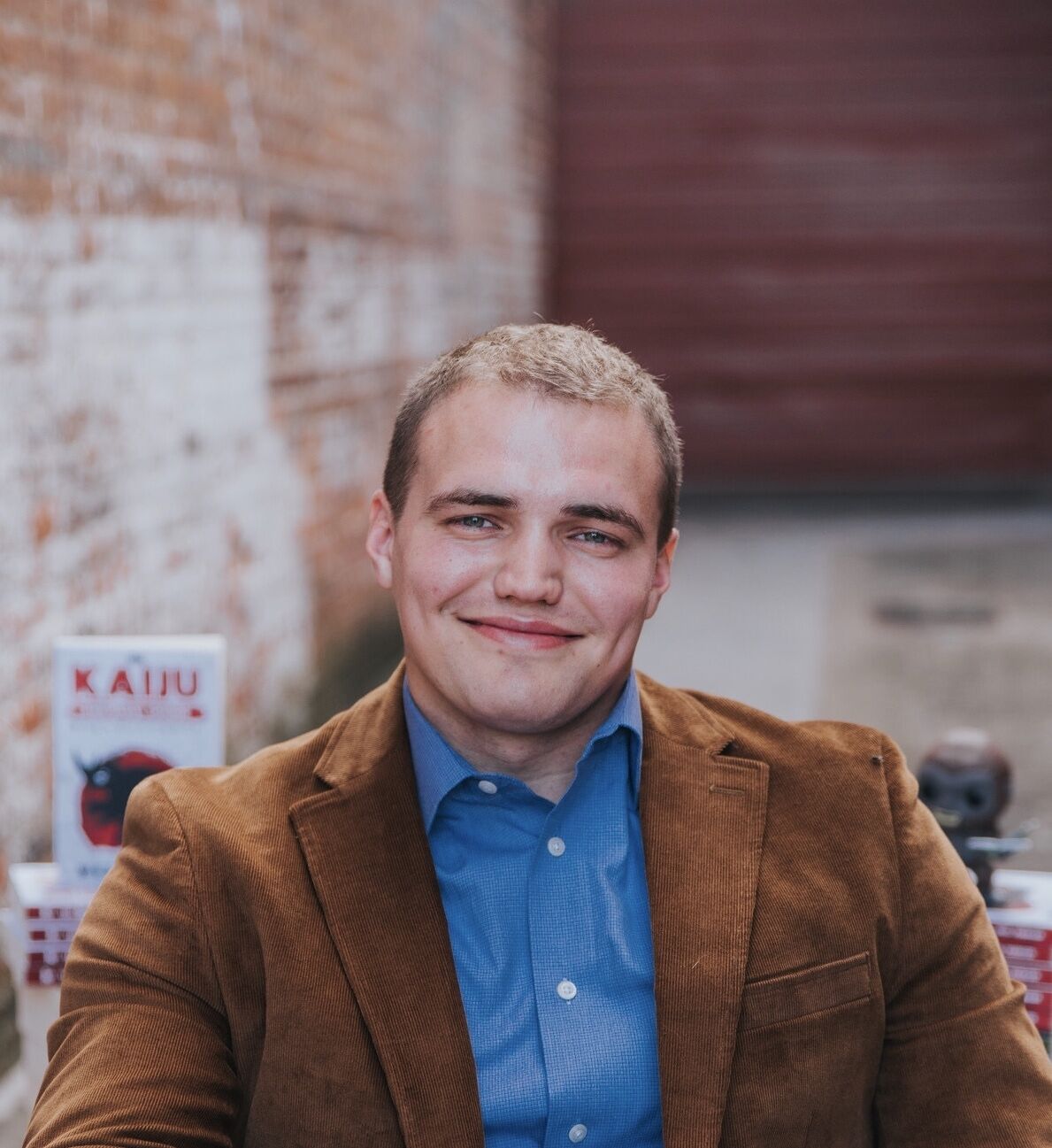 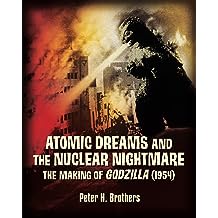 Atomic Dreams and the Nuclear Nightmare: The Making of Godzilla (1954) Jun 9, 2015
by Peter Brothers
( 43 )
$3.99
For the first time in English print, the complete story of the making of one of the most significant and influential films of the 20th Century. Originally intended to cash-in on the then current trend of American monster movies, what resulted instead was the cinema's first anti-nuclear treatise to reach an international audience. Gathered from previously unpublished sources, rare photographs, personal interviews and with shot-for-shot descriptions of both the Japanese and American versions, "Atomic Dreams and the Nuclear Nightmare" is a tribute to the greatest monster movie of them all.
Read more
Other Formats: Hardcover , Paperback 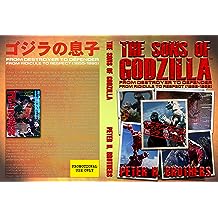 The Sons of Godzilla: From Destroyer to Defender - From Ridicule to Respect (1955-1995) Nov 1, 2018
by Peter Brothers
( 17 )
$4.73
The "Sons of Godzilla" covers the Godzilla film sequels (not including those directed by Ishiro Honda which the author covered in "Mushroom Clouds and Mushroom Men") from 1955 - 1995. During that time Godzilla transformed from a metaphor for Japan's atomic devastation to a protector of that same country and a friend of children until ultimately returning to the role of a villain in the 1980s. Author Peter H. Brothers covers this amazing period involving everything from super-hero robots, smog monsters, and tag-team wrestling battles. Brothers covers the juvenile films made for kids where logic was not a concern to the creature's revival and return as a serious creature. Filled with fascinating photographs, personal insights from those who there, and the author's own expert analysis, "The Sons of Godzilla" is an amazing ride and unforgettable read for all fans of the series which has become the longest-running of its kind in film history.
Read more
Other Formats: Paperback 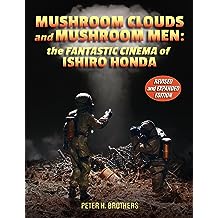 Mushroom Clouds and Mushroom Men: The Fantastic Cinema of Ishiro Honda Nov 10, 2013
by Peter H. Brothers
( 30 )
$3.99
Long renown as the director of the original "Godzilla" film, Ishiro Honda was the most prolific director in the history of fantasy films. From modest beginnings as a country boy growing up in a peaceful Buddhist household, this kind, gentle and good-humored man directed some of the most violently savage science-fiction films of all time.
Fascinated with film as a youth, Honda eventually joined P.C.L./Toho via a personal invitation from a top executive there, only to have his career interrupted several times due to mandatory wartime service. After returning from combat (where he walked through the ruins of Hiroshima), Honda finally became a director of full-length feature films, one of which was a film project about a giant dinosaur named "Godzilla." Originally to have been a mere monster movie, Honda used the monster intending to make "radiation visible" and comment on the recent "Lucky Dragon Incident" in which a Japanese fishing boat was contaminated from an American Nuclear Bomb Test.
The enormous success of "Godzilla" created an entire genre and led to a string of brilliantly-made films such as "Rodan," "Atragon," "The Mysterians," "Mothra," "Battle in Outer Space" and "The Human Vapor," but by the mid-sixties he was told to make fantasy films exclusively for children.
Upset and disheartened by this turn of events, Honda nevertheless continued to make these films feeling betrayed by several of his cinematic comrades who willingly went along with the change, such as legendary special effects master Eiji Tsuburaya and film composer Akira Ifukube.
Honda soon retired, but happily, he returned to filmmaking assisting his longtime friend Akira Kurosawa and many of the master's last films.
Filled with fascinating photographs, details, insights, analysis and interviews, "Mushroom Clouds and Mushroom Men" is a heartfelt tribute to the cinema's master of imagination.
Read more
Other Formats: Paperback 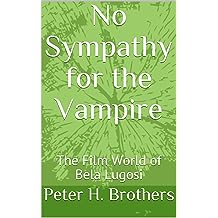 No Sympathy for the Vampire: The Film World of Bela Lugosi Oct 31, 2020
by Peter H. Brothers
( 3 )
$3.88
Bela Lugosi is a true screen icon forever memorialized for his performance as Dracula in the legendary 1931 film, and it is as that supernatural creature he is best remembered. Yet Lugosi's talents went far-beyond the blood-sucking count, mad doctors and voodoo masters. In this book, long-time Lugosi fan Peter H. Brothers examines the actor's screen performances from diabolical villains such as Dr. Mirakle in "Murders in the Rue Morgue" and Dr. Richard Vollin in the 1935 "The Raven" to unexpected comedic turns in "Broadminded" and "International House." A perfectionist, Lugosi was also a supremely versatile actor capable of nuance and subtlety, lending his Poesque presence to some of the most memorable horror films of all time. While there have been many books written about the actor, "No Sympathy for the Vampire" focuses on the performance aspect of the actor's work, as the author examines over 70 of the actor's roles, from silent films to sound. The author also explains why Lugosi's sexual aura and charismatic mystique made him one of the true originals of the American screen. Written in the author's engagingly signature style and filled with fascinating photographs, "No Sympathy for the Vampire" is both an artistic appreciation and affectionate tribute to one of the enduring icons of the Silver Screen.
Read more
Other Formats: Paperback 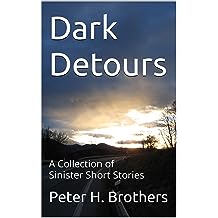 Dark Detours: A Collection of Sinister Short Stories Sep 2, 2021
by Peter H. Brothers
( 1 )
$3.60
From the radiance of redemption towards the depths of despair, from the nightmare of normalcy into the ecstasy of the unknown, Dark Detours: a Collection of Sinister Short Stories is an entertaining exploration into the shadowy boundaries of earthly imagination. The author's uniquely poetic prose compellingly involves the reader with 21 turgid tales of inner turmoil and astounding achievements while also evocatively expounding on the price of pain and the cost of conscience. Whether it be a fable about aliens or the occult, sensual schemes or sinister dreams, Dark Detours is an unforgettable expedition into the tragic triumphs of human existence. (Adult language and themes).
Read more
Other Formats: Paperback 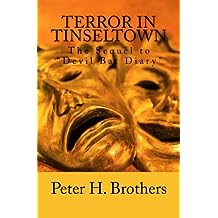 Terror In Tinseltown - The Sequel to Devil Bat Diary Jul 20, 2012
by Peter Brothers
( 3 )
$2.99
In this exciting sequel to his popular "Devil Bat Diary," the author continues the adventures of intrepid journalist Johnny Layton and his wise-cracking partner 'One-Shot' McGuire as they travel to Hollywood to investigate a series of grisly and gruemsome murders of Hollywood movie agents.
Read more
Other Formats: Paperback 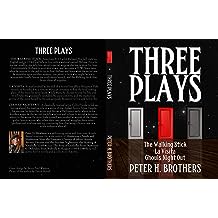 THREE PLAYS: "The Walking Stick" "La Visita" and "Ghouls Night Out" Mar 23, 2019
by Peter Brothers
$2.99
In these three plays by multi-Rondo Award nominee Peter H. Brothers, the playwright explores many of hes favorite themes: friendship, the search for one's identity, professional respect, remembrance, and longing. Mr. Brothers explores issues within different worlds involving everything from a World War II aviator's investigation into a family secret, a desperate man's search in a Mexican graveyard, and the Hollywood star ready to shed his fame and fortune. Told with dramatic insight, humor and sentiment, "Three Plays" is an entertaining exploration of what drives individuals through frustration and failure in their search for answers toward perseverance and moral triumph .
Read more
Other Formats: Paperback 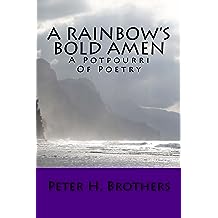 A Rainbow's Bold Amen - A Potpourri of Poetry Aug 5, 2015
by Peter Brothers
$1.00
From the heights of outer space to the depths of the oceans, from wind-swept deserts to the searching of one's soul, "A Rainbow's Bold Amen" is a poetic anthology of both the observations of life and the contemplation of death, but ultimately reflections told with a style that is both personal and unique.
Read more
Other Formats: Paperback 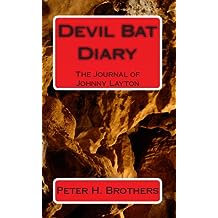 Devil Bat Diary - The Journal of Johnny Layton Jun 5, 2011
by Peter H. Brothers
( 4 )
$2.99
A novelization loosely based on the 1940 film starring Bela Lugosi, the "real" story of what happened to the hapless citizens of Heathville, Illinois during those dark nights when killer bats were swooping down from the sky!
Intrepid reporter Johnny Layton and his cantankerous partner "One Shot" McGuire find themselves at loggerheads as they try to solve this devilish mystery. During the course of their investigations they find love with a French maid, lazy millionaires, a gay sheriff, and the mysterious Dr. Paul Carruthers.
With elements of both horror and humor, "Devil Bat Diary" is sure to amaze and entertain!
Read more
Other Formats: Paperback