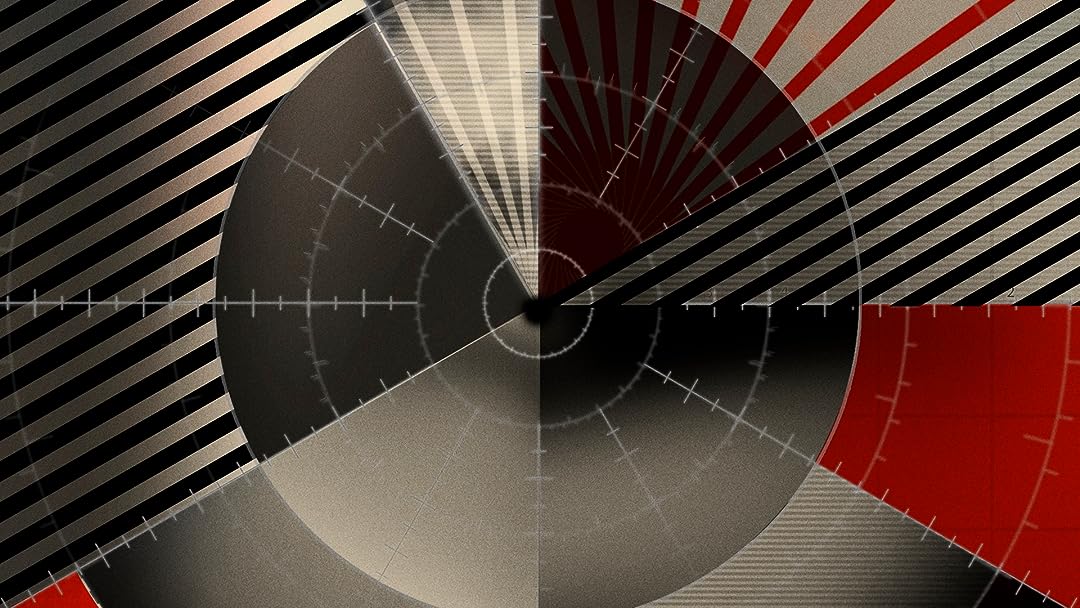 (793)
5.91 h 38 min2013X-RayR
HD. Ed Harris stars as the captain of a Soviet submarine who guides his crew on a top-secret mission that takes a harrowing turn.

Why this movie never hit the movie houses I will never know. (Or did it?)
It is a great flick with superb acting. Story is excellent. The ultimate in theater - all believable. Lots of sadness, deceit, excitement and suspense. The technical stuff is quite accurate. I am a submariner and can say this with some confidence.

Great movie for your permanent library - you will watch it over and over.

JGReviewed in the United States on June 27, 2013
4.0 out of 5 stars
Worth Watching
Verified purchase
If you're able to look past the fact that all of the Russians are played by Americans (running from Americans) who, with the exception of William Fichtner, never remotely attempt an accent, you'll find you're in for a real treat with Phantom. A cast of recognizable--iconic even--faces come together for this quiet, smart tale of intrigue. Ed Harris is as tremendous as ever but it's David Duchovny who turns in the most unexpected performance. A very enjoyable film packed with extras that are worth watching, especially in regards to the historical truths the movie is based upon. The metaphysical ending might confuse some but the visuals throughout the film lend to the 'haunted' aspect of the film. I'd say this is more 'U-571' than 'Hunt for Red October' but if you're a submarine fan, this is an admirable entry to the genre. The fact that it was filmed entirely on board an actual Soviet sub made it even more interesting. Enjoy!
50 people found this helpful

submarinerReviewed in the United States on August 3, 2015
5.0 out of 5 stars
We should not have survived 1968. See this movie and find out why. I watched it 3 times! If you like TV's The Last Ship try this
Verified purchase
Yeah you read right. I said 5 stars. The cover looks dull. The stars look dull. I expected a dull listless Russian sub movie. Ed Harris is superb as the burned out Soviet Diesel Sub skipper who never measured up to his legendary father. His career has basically been a total failure. A waste. Or like many of us is he selling himself short. They say forgiving ourselves is the harder than forgiving others. That's what makes this a great movie. The performance of Ed Harris. David ( The X files) Duchovny as an (EVIL) rouge KGB operative also hits the mark. And the extra's that ties this movie to an actual historic event is scary to say the least. We ALL lived past 1968 because of a battle we never knew about. Under the sea.
14 people found this helpful

Dennis MitchellReviewed in the United States on July 15, 2020
5.0 out of 5 stars
Way better than I thought!
Verified purchase
Most sub movies suck horribly! The books are fine but they have trouble putting it on screen. It's got a few cheesy areas but I really enjoyed this. After reading a bunch of sub books I would have joined the navy and gone into sub sonar but, I was already an air traffic controller in the USAF. I picked correctly!
2 people found this helpful

Roger J. BuffingtonReviewed in the United States on January 26, 2014
4.0 out of 5 stars
Pretty good Cold War submarine flick
Verified purchase
"Phantom" is loosely based upon certain theories concerning the demise of Soviet submarine K219 which was lost with all hands several hundred miles from Hawaii. In this film, Richard Harris stars as a Soviet submarine captain who is tasked to take his submarine on a cruise with secretive KGB personnel who have a secret mission. Conflict ensues between the captain and the KGB contingent as the captain (Harris) learns of the true intent of the KGB. More would be telling (no spoilers here).

The film is intelligently acted and is filmed aboard an actual Soviet submarine, which lends an air of authenticity to this film. On the downside, the entire cast apparently is American and the crew and officers seem more American than Soviet. This is, in fact, my main criticism of this otherwise very well-done film. The people just don't come off as Russian.

This is a very watchable film and Harris, as always, delivers a fine performance. RJB.

Lou M.Reviewed in the United States on August 30, 2013
4.0 out of 5 stars
Retired USN Submariner did not believe the movie could be that good!
Verified purchase
The acting pulls off the story. To me, a USN Submariner from the 60s (when the event-basis of the movie's story actually took place), there was ample room to ignore the fact that the pier-tied Soviet Foxtrot museum boat at San Diego was the boat used for the background. The action was good and the story line carried the day, making it easier to overlook that it was a fictionalize version of events from 1968. Ed Harris and company did an outstanding job. By the way, the sub used for the filming is a Foxtrot Class (Nato term) while the Soviet sub involved in the actual events was a Golf Class (also Nato name). I appreciated the way the director handled the fact that the boat sank and the crew perished, which I knew going in. It was a moving sequence for a retired submariner. The Soviets were brother submariners, in spite of the fact that we were cold war enemies. There is much more to this compelling story, if one cares to do the research (ref. Glomar Explorer etc).
12 people found this helpful

JackReviewed in the United States on August 9, 2013
4.0 out of 5 stars
Its good, not great, a rental.
Verified purchase
I enjoyed it, but its not amazing. You can tell it was made on a limited budget. The quality feels a little better than something made for TV, but not on par with a big release. First off, everyone is supposed to be Russian... No one even tries an accent or anything. There are plenty of good Russian actors that could have been cast for this movie, but of course then no one would have seen it. Once you get past the lack of Russian complaint, the movie is not bad. I was entertained through the whole movie. The climax of the movie, and the ending were not the best. The ending just sort of felt random... And the things that happen between Ed Harris and David D.'s characters don't ever really feel right, especially when the falling out occurs. So once you get passed the lack of actual Russians, the odd plot, and strange ending, you are still left with an entertaining forgettable movie.

See Das Boot, U-571, Red October, they are more enjoyable than this one.
7 people found this helpful

RichReviewed in the United States on January 15, 2020
5.0 out of 5 stars
Great Movie
Verified purchase
This movie is based on historical fact, although there has been quite a bit of "poetic license" taken in the telling. The movie tells the story of the Soviet submarine that was lost in the south pacific in the 1960's. Ed Harris and David Duchovny play excellent roles in the movie, and the closing scene is very moving. I would highly recommend this movie.
One person found this helpful
See all reviews
Back to top
Get to Know Us
Make Money with Us
Amazon Payment Products
Let Us Help You
EnglishChoose a language for shopping. United StatesChoose a country/region for shopping.
© 1996-2022, Amazon.com, Inc. or its affiliates