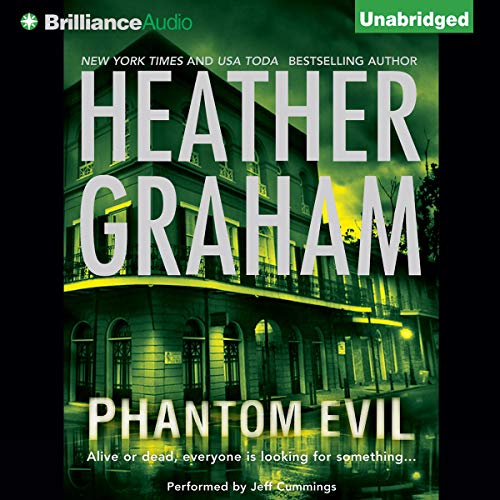 Switch between reading the Kindle book & listening to the Audible narration with Whispersync for Voice.

4.6 out of 5 stars
4.6 out of 5
901 global ratings
How are ratings calculated?
To calculate the overall star rating and percentage breakdown by star, we don’t use a simple average. Instead, our system considers things like how recent a review is and if the reviewer bought the item on Amazon. It also analyzes reviews to verify trustworthiness.
Top reviews

Dkonwin
5.0 out of 5 stars Could Not Put Down!
Reviewed in the United States on August 12, 2018
Verified Purchase
What a story and it’s only Book 1 in the series? Well, I’m hooked! I knew from the first chapter that I was going to really enjoy this book. Starts with a woman, a senators wife, who’s only son is killed, and she cannot handle her lost. One day, in their home, she sees a child ghost. The ghost speaks to her, and leads her to a balcony, and next thing they find her body, on the ground, she’s dead. Apparently a suicide? But her senator husband does not believe she would kill herself. He hires a special team to find out the truth behind his wife’s death. Did I mention that the home they lived in was known for being haunted? So many twist and turns in the story. Excellent writing. Even up to the last chapter, little surprises popped up! I am so happy to have read this book. Looking forward to the rest.
Read more
9 people found this helpful
Helpful
Report abuse

Alan and Emily
3.0 out of 5 stars Read later books in the series instead
Reviewed in the United States on October 18, 2021
Verified Purchase
*light spoilers.
I read Phantom Evil before an online book club author chat with Heather Graham. I originally planned to read her most recent book, The Unknown, but after discovering that it was book 35 (holy moly!) in a series, I decided to read book 1 of the series first as an introduction. Phantom Evil was a bit rough around the edges, with dialogue that didn’t always flow smoothly from chapter to chapter, what felt like a thousand different plot lines, and main characters Jackson and Angela jumping into bed together (1) just a few days after meeting, (2) despite the fact that Jackson is Angela’s boss, (3) while investigating an alleged suicide of a grief-stricken mother, (4) in the house and wing where the alleged suicide took place, (5) that is also allegedly haunted! C’mon man! The book does have enjoyable parts, though. It’s October, so I enjoyed the ghosty, spooky bits, and while the characters weren’t very developed due to the busy plot, there is potential for the “Krewe of Hunters” (the naming of which is not explained well) to grow into a likable team in future sequels. Overall, I wouldn’t recommend this book, especially as a prequel to The Unknown, which seemed more like a spin-off from the series than a sequel. I haven’t read books 2-34 though, so perhaps that’s the case for many or all of them.
Read more
Helpful
Report abuse

Paul D. Andrews
4.0 out of 5 stars The Scooby Doo Krewe?
Reviewed in the United States on April 15, 2019
Verified Purchase
The main problem I had with this book was how quickly the male and female leads fell in love (and in bed) with each other. As the first book of a series that could have unfolded more slowly. I also found the paranormal aspects a bit trite. I want to say unrealistic, but we are talking about ghosts, so who knows? It reminded me a lot of the old original Scooby Doo cartoons. That's not necessarily a bad thing, as I am a big fan of those! Nothing really original here though. I liked it well enough to read more of the series, though.
Read more
2 people found this helpful
Helpful
Report abuse

Southern Sherry
3.0 out of 5 stars Slow read
Reviewed in the United States on January 12, 2018
Verified Purchase
It has a first good chapter then it kind of went all over the place to drag up a story. Which felt forced and even though the ending was all wrapped up for a clean sweep....it still felt overly contrived. I usually enjoy Heather Graham books but this book was not one of her better books. As this apparently is going to be the first in a series, I hope that she gets all the kinks of setting up a back story and a beginning for this "team of ghost buster's" so that they next book in the series will be spent on the plot rather than just character development for each member of this team of players.
Read more
5 people found this helpful
Helpful
Report abuse

heljem
5.0 out of 5 stars Stunning Read
Reviewed in the United States on June 4, 2021
Verified Purchase
This is my first book of this type by Heather Graham. I have definitely been missing out on a series that is enthralling as well as fascinating. This book hooked me from the first page and maintained a consistent hunger to see what was going to happen next.

The Phantom Evil is truly an excellent book. I could not put it down.
Read more
One person found this helpful
Helpful
Report abuse

Starr Cornett
1.0 out of 5 stars No Good
Reviewed in the United States on September 8, 2016
Verified Purchase
I wanted to like this book. I thought the plot sounded good, but it was amateurishly written. The characters were shallow and even though I tried I didn't like (or dislike) any of them. The characters were so blah that had someone come in and killed them all I would have felt nothing. I managed to get halfway through the book, thinking that maybe it would get better, but finally gave up.
Read more
11 people found this helpful
Helpful
Report abuse

meghan varner
4.0 out of 5 stars A fun paranormal thriller
Reviewed in the United States on August 15, 2017
Verified Purchase
This book is a great start to a fun paranormal series. We are introduced to members of the Krewe and start learning about their abilities. I love how the idea is developed and includes different faiths and skepticism.

I have not read this series in order and enjoyed each book, but after finishing this book I want to read them in order and look for all the items that develop the relationships and working dynamic between everyone. Great job!
Read more
4 people found this helpful
Helpful
Report abuse

Audrey Anderson
3.0 out of 5 stars Average ghost hunting group
Reviewed in the United States on June 30, 2016
Verified Purchase
This is the story of a ghost hunting group that has been assigned to an old house in New Orleans where the wife of a prominent politician plunged to her death from the balcony. The husband calls them in claiming he is sure the place is haunted and a ghost caused her death. They investigate and find lots of questionable goings on with him and his people that have nothing to do with ghosts. They also find the house is truly haunted but the ghosts did not cause her death. There is a love affair that develops between the two oldest of the group, but there's not a lot of time spent on that, which I was glad.
Read more
3 people found this helpful
Helpful
Report abuse
See all reviews

Happy Wife
4.0 out of 5 stars Enjoyable.......Very..
Reviewed in the United Kingdom on July 1, 2019
Verified Purchase
First time author me and I'm not disappointed. It was difficult to put down. Good meeting all the characters..
Just purchased 3 more. Will see what they're all about.
Hope they keep me riveted, as much as this one. I would recommend, for lightweight paranormal reading definitely.
But I've always said judge for yourselves.
Read more
Report abuse

J Bannion
4.0 out of 5 stars Supernatural mystery
Reviewed in the United Kingdom on July 27, 2015
Verified Purchase
When Regina Holloway, the senator's wife, falls to her death from the balcony of their new house, her husband arranges for a team of experienced ghost hunters to delve into the mystery. For the house on Dauphine has a sinister past, linked with Victorian era mass murderer Madden C Newton. It is rumoured that many of his hapless victims were murdered in that house, their souls still roaming around, trapped between its walls for all eternity. The question is, did Regina commit suicide, troubled by the recent loss of her young son, or was she pushed over and by whom? A great story, well written, and absorbing. I like the author's style and there are good explanations at the end. I honestly cannot understand why it has not attracted more reviews. I will read more of Heather's books.
Read more
Report abuse

Christine Francis
2.0 out of 5 stars for want of a better way of putting it
Reviewed in the United Kingdom on May 23, 2017
Verified Purchase
It was more a screenplay than a novel. No depth at all and the author has a quite jerky style of writing, for want of a better way of putting it.There was no flow to the story to grab your attention it just abruptly changed scene or characters without even a new paragraph to warn you. I'm always looking for new authors and this one has written a lot of books so I was really hoping for more, but I definitely won't be buying any more books by this author.
Read more
One person found this helpful
Report abuse

Reading For Escape
4.0 out of 5 stars Slow start but fast end
Reviewed in the United Kingdom on September 1, 2019
Verified Purchase
Overall I enjoyed the story but it was a slow start. Almost felt like a group of friends being made rather than colleagues with a serious purpose. Two stories running together and impossible to know until the end how the two did or didn't fit together.
Read more
Report abuse

Natasha
1.0 out of 5 stars Could notfinish
Reviewed in the United Kingdom on August 9, 2017
Verified Purchase
I love the idea of this books but I could get myself through it. The writing style just doesn't work for me and I didn't find it engaging .
Read more
Report abuse
See all reviews
Back to top
Get to Know Us
Make Money with Us
Amazon Payment Products
Let Us Help You
EnglishChoose a language for shopping. United StatesChoose a country/region for shopping.
© 1996-2021, Amazon.com, Inc. or its affiliates