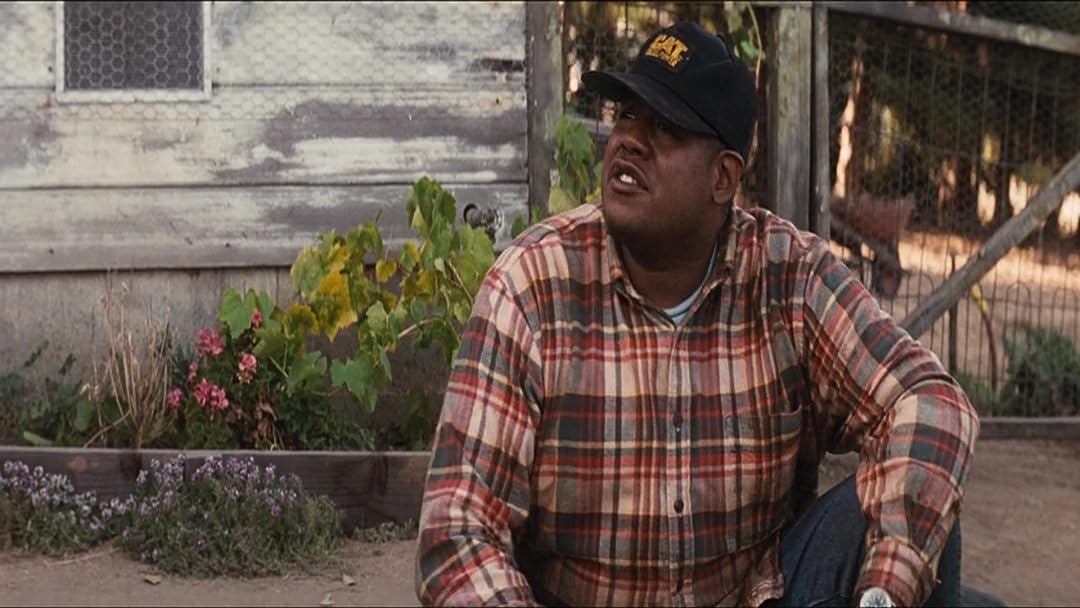 From the very start ‘Phenomenon’ shows promise. Set in the outskirts of northern California: George is introduced as an adorkable person with a glaringly average existence. It is not long after that ‘Phenomenon’ bites off more than it can chew.
Unsure of how best to illustrate the gravity of George's transformation, a montage of sorts shows him indulging in a variety of tasks insinuated to reflect intelligence (reading, tinkering with everyday tools in unorthodox ways, Etc). This shortcut on its own isn't a terrible maneuver, but the audience is expected to connect the dots between what George is doing on screen currently and what his interests were before ‘Phenomenon' begins. As a result of this George's interactions with supporting characters as the plot develops becomes increasingly pretentious and makes empathy for his qualms harder to muster over time.

‘Phenomenon’ dodders along without direction - seemingly desperate to elevate Georges’ girth by virtue of the conflicts he is now presumed capable of confronting. Unfortunately, these issues are wildly and related to one another and subsequently their emotional appeal is light years away from smooth and as immersive as Pego likely wrote them out to be conceptually speaking. Luckily the conclusion justifies some of these means (and some side eyes), but it doesn't make the two hours of run time it takes to get there any less of a slog

As ‘Phenomenon’ comes to its finishing line there are a variety of messages enclosed that one can take away from it as a viewing experience. Firstly – it becomes clear that much of Georges’ journey is about finding ways to use his new-found gift for the greater good (I guess that with great power... well you know the rest). In addition to this various interactions despite being foisted through attempt to come across as a reminder to treat other people with dignity and compassion regardless of their differences. Because I'm a huge Sap ( which I'm sure is obvious) I will also gladly say: that the implication that one person's presence in the world can make all the difference is my favorite. 😊😊

With obvious potential for greatness, Turteltaub's vision is constrained by ‘Phenomenon’ counting its chicken long before they are ready to hatch.
I wouldn’t call this unwatchable by any means, but I just say with conviction that anything ‘Phenomenon’ can do ‘Matilda’ can do better.

joel wingReviewed in the United States on October 25, 2021
3.0 out of 5 stars
Man faces repercussions for gaining knowledge
Verified purchase
John Travolta gets special powers one night from lights in the sky. The movie paints a believable path of what happens to him afterwards. First he tries to improve himself through reading, gardening, etc. Then he tries to help others like when he finds a sick boy. He eventually catches the attention of people outside his small town and that’s when all the problems start.

At first I wasn’t sure where the story was going because it seemed like he was going to use his gift to get a woman and that wouldn’t be that satisfactory. When the story got complicated that’s when it was at its best. Of course, you can still predict much of the end but it's still engaging.
3 people found this helpful

Amazon CustomerReviewed in the United States on May 3, 2020
1.0 out of 5 stars
Disappointed
Verified purchase
I turned it off as soon as the creepy "phenomenon" recommended DH Lawrence's astoundingly misogynistic book as a "code book for anyone who wants to understand a woman's heart." WOW! Only if she's a pervert who likes child abusers! O.o

Seriously, there is so much creepiness surrounding the treatment of women in this that it's not even funny. The writers don't have a clue about women, especially the fact that they are first and foremost HUMAN, with self-preservation instincts that would send them running from inappropriate creepers with such total disrespect for healthy boundaries. To be fair, the best friend didn't know what he was saying to that poor housekeeper (at her JOB interview!), but the main character who tricked him was just a relentless creepshow. I stopped watching earlier because of it, but decided to give the movie another chance a few days later. Clearly, I would've been better off going with my gut in the first place. YUCK!
2 people found this helpful

Stella CarrierReviewed in the United States on September 17, 2015
5.0 out of 5 stars
A Movie Take On What Could Be Possible?
Verified purchase
Yes, I understand that Phenomenon is fiction, yet it is a film that gently tugs on what could be possible for the expansion of the human mind (wisdom wise, reaching beyond the expectations of what others think is possible for you etc.). Phenomenon stars John Travolta as a friendly auto mechanic named George Malley whose life is turned upside down once he gets hit by an unexplained ball of light after innocently going outside on the night of his 37th birthday. Almost seemingly overnight he gains an increased intelligence and clarity effortlessly which right away manifests in how he does his job as an auto mechanic. His physician Doc Brunder (Robert Duvall) cannot logically make sense out of what happened to Malley but he is still accepting of him. Another person, George Malley’s close friend Nate Pope (Forest Whitaker) also stands by his friend Malley during the both the high points and challenging points of what happens when his newfound abilities spring up for others to witness. In the midst of all this, George Malley tries extremely hard to court single mother Lace Pennamin (Kyra Sedgwick) and to even win over her kids Al Pennamin (David Gallagher) and Glory Pennamin (Ashley Buccile). Lace Pennamin courteously acknowledges George Malley yet she is understandably guarded due to what transpired within her relationship history. George Malley also gains the academic interest of UC Berkley Professor Dr. Ringold (Jeffrey DeMunn) after a shockingly accurate earthquake prediction despite his modest educational background. Eric Clapton’s song Change The World plays towards the end of the film. Bonus material; There is a theatrical trailer for Phenomenon and the recommendation of these additional titles for those who enjoyed this film; Ransom, Scream, The Nightmare Before Christmas, The Rock, Tombstone.
15 people found this helpful

Joe HReviewed in the United States on March 31, 2019
4.0 out of 5 stars
Love the Movie. Hate 2.35 720x288 resolution plus black. It's double wide VHS resolution.
Verified purchase
Love the Movie. But recorded 2.35 aspect so instead of 480px high it's 288px and black bars top and bottom. Good movies like this one deserve better.

If you Zoom the TV screen to fill the screen and crop the sides you have VHS resolution. Doesn't look quite as bad as a VHS. I wish they'd just crop the sides on a 2.35 DVD for 16:9 LCD Widescreen TV. Depending on how the scenes were filmed it's generally better that this. I guess studios just don't want to bother tweaking the film for DVDs and TVs.
6 people found this helpful

TommyCobbsReviewed in the United States on December 17, 2018
5.0 out of 5 stars
Beautiful Movie
Verified purchase
It certainly tugs on this old man’s heart...
There is something so endearing about John Travolta’s relationships, especially with the beautiful Kyra Sedgwick, that I want to watch it over and over.
13 people found this helpful

Janice VockeReviewed in the United States on April 16, 2022
5.0 out of 5 stars
Excellent return policy!
Verified purchase
Excellent return policy & customer service! When I reported that the DVD froze up in 3 places, they immediately sent me a replacement which arrived in a few days and works great!
This movie "Phenomenon" is a very special movie and we love it. Don't want to give any of the plot away. Very original plot and excellent actors.
One person found this helpful

ChuckBeattyxHOEYologist75to03Reviewed in the United States on August 8, 2022
2.0 out of 5 stars
Travolta ingenue supernatural wishful thinking movie script right up his alley
Verified purchase
What more is there? Scientology's supernatural beliefs on display, and Travolta's own faith in the supernatural powers Scientology is supposed to bring out of people, are the kind of events he displays in this movie's script.

Experts of the Scientology beliefs can see how Travolta puts his heart into his role, it's right up his personal alley.

- xTeamXenuScientologySeaOrg 75to03
Chuck Beatty
One person found this helpful
See all reviews
Back to top
Get to Know Us
Make Money with Us
Amazon Payment Products
Let Us Help You
EnglishChoose a language for shopping. United StatesChoose a country/region for shopping.
© 1996-2022, Amazon.com, Inc. or its affiliates