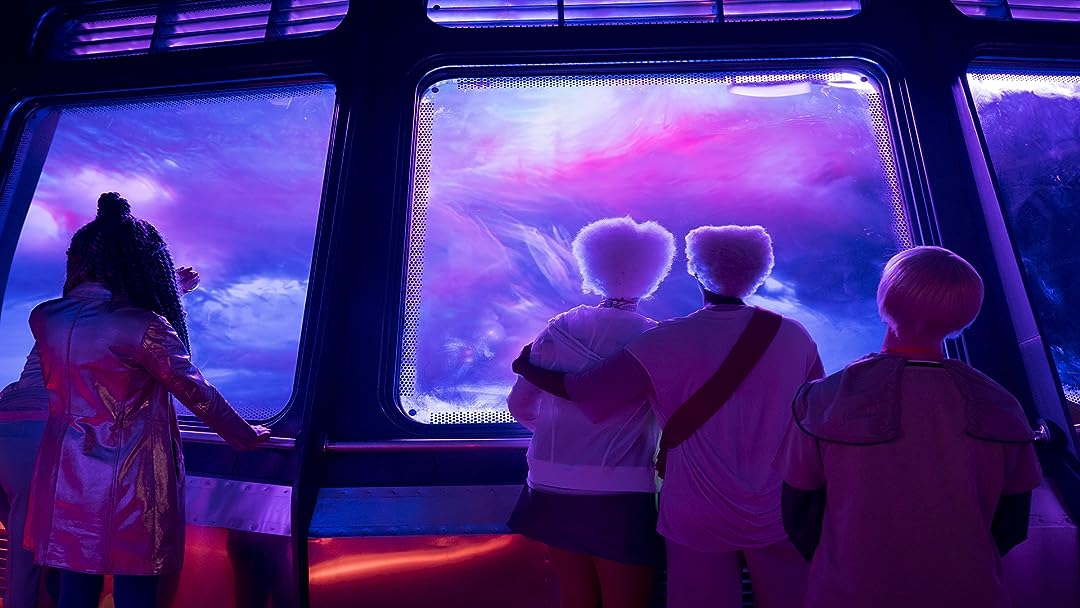 Season 1
(1,961)
7.32018X-RayHDRUHD18+
Based on the short stories from one of science fiction’s most prolific authors, Philip K. Dick's Electric Dreams explores humanity in 10 standalone episodes. From 5 to 5000 years in the future, each story in the anthology will question what it means to be human in uniquely ambitious, grounded, yet fantastical worlds.

Victoria SullivanReviewed in the United States on September 7, 2018
1.0 out of 5 stars
Too much Political Correctness
I just tried to watch two different Amazon shows. Both had lesbian scenes in the first five minutes. Give me a break. I am actually gay myself and get turned off by this because it is completely artificial - it's actually offensive and a form of pandering. Won't watch this ever again.
455 people found this helpful

Molly CopenhaverReviewed in the United States on November 30, 2018
5.0 out of 5 stars
Electric Dreams vs Black Mirror and addressing Social Justice complaints.
Many of the comments I have read have compared this show to Black Mirror. I was curious, as I had never seen Black Mirror, so I watched it. Turns out, I really enjoyed both, but I disagree with the people who say this is a blatant ripoff of Black Mirror.

Science Fiction and Dystopian themes often overlap with one another and with other themes within their own genres. This does not, by any means, make a new take on either genre or a re-imagining of an old take to be overplayed or uninspired. Really, the possibilities of fiction are endless and, with that, the interpretations of any previously written fiction. That is what this boils down to, is an interpretation that some do or do not agree with.

Most of the negative reviews highlight the opinion that there is too much "Social Justice Propaganda". There are strong, female leads in many of the episodes, and for some reason this infuriates a large group of people. Many of the one-star reviews reference this as the SOLE reason for their negative review. Doesn't that seem like an odd reason to dislike something? In every episode featuring a strong, female lead, the episode centers around the idea of trying to take power away from an overbearing force, be it a government, a broken system, or even their own mind. How is that a bad thing? Why would we NOT want someone to try to cleanse the corrupt, mend the broken, or settle their own mental turmoil?

Some episodes are better than others, and I will agree that as the season went on the stories got less interesting, but I did enjoy every single episode and I would recommend the show to anyone. Yes, there is nudity. Yes, there are sex scenes. Yes, there are episodes that revolve around social justice. None of these factors, however, diminished the show's quality for me and I would rank it in the top-tier of science-fiction and dystopian writing. I do hope they create a second season.

DaddyReviewed in the United States on March 15, 2018
1.0 out of 5 stars
Blatant "wrongthink" fixer
I love Phillip K Dick. He was an excellent writer, one of my favorites. Whoever is "adapting" his work for this show should be ashamed of themselves. It is such a blatant and disgusting example of PC propaganda I have seen in a bit. I'm all for strong female leads or characters but the amount of pandering evident in this series would make Mr. Dick role in his grave. You have ruined a great mans work, and you should be ashamed, I just wish I could give less than one star. If you value your values and do not wish to be held by the hand and watch a show whose aim is clearly propaganda first, quality second. Pass on this, go watch Monsters instead, and remember what real family TV was back in the day. Just don't waste your time with this crap.
373 people found this helpful

R.E.Reviewed in the United States on August 29, 2018
1.0 out of 5 stars
Utter abuse of a great writers name and stories for sjw feminazi propaganda
Tried to watch most of the episodes but knowing Original PKD stories and seeing right through the transparent pushing of modern PC crap into the stories turned me off and disconnected me from each one watched... yawn same feminist nonsense that ruined star wars: women are awesome at everything, men are tag along empty suits... its not real in real life, its not real or interesting in scifi
271 people found this helpful

Amazon CustomerReviewed in the United States on February 23, 2019
1.0 out of 5 stars
horrible actors can only show emotions with the f-bomb - poor writing
Verified purchase
Immediate dislike of gratuitous f-bombs since horrible actors cannot display emotions any other way.
Juvenile style - grow up, writers, or find a new job
135 people found this helpful

RobRockReviewed in the United States on November 22, 2018
1.0 out of 5 stars
Angst on steroids.
Verified purchase
Personal drama taken past the limit. Angst angst angst.
109 people found this helpful

Tanner MannReviewed in the United States on January 13, 2018
4.0 out of 5 stars
Hit and Miss. Some episodes were fantastic while others were utterly different from the short story and all around disasters
Almost gave this 3 stars. If you've read PKD's book, Electric Dreams, you will know that many of these stories were altered to the point of being either unrecognizable or very different. Some of these episodes are complete and utter disasters while some hit the mark.

The first three episodes, Safe and Sound, and The Father Thing were the only ones in this series worth watching (and that were really quite good despite a few changes).

The episodes about the old lady visiting Earth and the guy freaking out about the man hanging outside were changed completely, to the point of it being an entirely different story and for no reason. It would have been a piece of cake to create a compelling episode more aligned with the original story.

My biggest complaint was the fact that they combined the story about the space-traveling bus driver driven mad by ads and the one with the hanging man in the street. These were two excellent short stories but both were ruined in this short series.

Bottom line, the episodes I listed above are worth the watching and if all episodes were of that caliber, 5 stars would have been a no brainer
160 people found this helpful

Kindle CustomerReviewed in the United States on November 30, 2018
1.0 out of 5 stars
Same PC Crap we've been dealing with...
I couldn't. I just couldn't keep watching. It's tiresome that on every serie today there are at least 2 gay couple. Its not realistic, its frankly pandering. It's progressive crap at it's best.
These people cannot fathom that we don't know 50 gay couples in real world. Along our lives, we know 1 to 4 gay people, some of them very good friends... but they are an utter minority. When you try to make us believe half the population is gay, it ruins the show for us... even for gay people! I've seen some reviews here of Gay women and men stating the same thing as I'm stating right now. And it's because this has nothing to do with the gay community, but with us wanting to watch a Non-PC-Crap-Filled show for a change.

It's too much. It's too inaccurate. It's too forced. Hope these people get the hint. This show SUCKS. No other way to put it.
67 people found this helpful
See all reviews
Back to top
Get to Know Us
Make Money with Us
Amazon Payment Products
Let Us Help You
EnglishChoose a language for shopping. United StatesChoose a country/region for shopping.
© 1996-2021, Amazon.com, Inc. or its affiliates