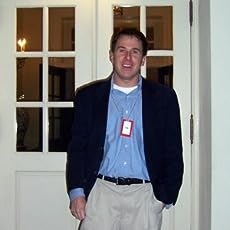 Phil Magness is a political and economic historian of the "long" 19th century U.S. (1787-1920). His work aims to foster our understanding what Tocqueville and Bastiat described as two of the main policy problems in early American government: Slavery and Tariffs.

Magness' interest in abolitionism encompasses the works of the anti-slavery constitutionalist faction of Gerrit Smith and Lysander Spooner, as well as the little-studied yet historically important black pamphleteer & man of letters John Willis Menard. He is also a specialist in the history of the colonization movement and related attempts to resettle freed slaves abroad, particularly during the Civil War and Abraham Lincoln's presidency. His work on trade and tax policy examines the tariff as a problem of political economy in the 19th century U.S., and covers the founding era through the adoption of the Income Tax in 1913 when tariffs ceased to be used as a primary revenue-generating policy.
Read more 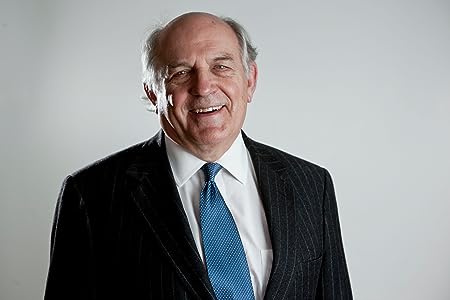 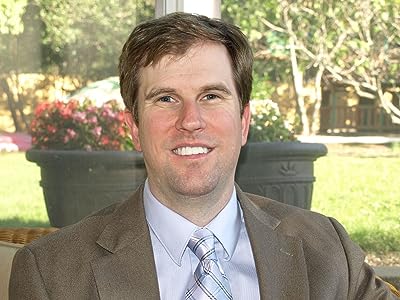 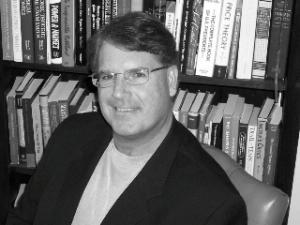 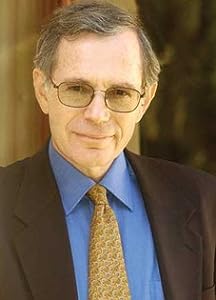 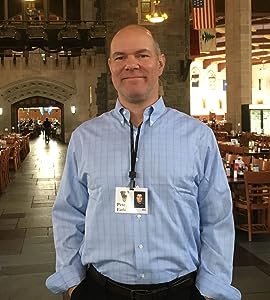 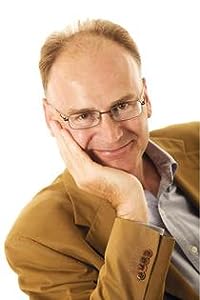 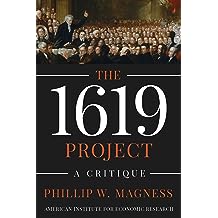 ”When I first weighed in upon the New York Times’ 1619 Project, I was struck by its conflicted messaging. Comprising an entire magazine feature and a sizable advertising budget, the newspaper’s initiative conveyed a serious attempt to engage the public in an intellectual exchange about the history of slavery in the United States and its lingering harms to our social fabric. It also seemed to avoid the superficiality of many public history initiatives, which all too often reduce over 400 complex years of slavery’s history and legacy to sweeping generalizations. Instead, the Times promised detailed thematic explorations of topics ranging from the first slave ship’s arrival in Jamestown, Virginia, in 1619 to the politics of race in the present day.

In assembling these essays, I make no claim of resolving what continues to be a vibrant and ongoing discussion. Neither should my work be viewed as the final arbiter of historical accuracy, though I do evaluate a number of factual and interpretive claims made by the project’s authors. Rather, the aim is to provide an accessible resource for readers wishing to navigate the scholarly disputes, offering my own interpretive take on claims pertaining to areas of history in which I have worked." -- Phil Magness

Phillip W. Magness is an economic historian specializing in the 19th century United States. He is the author of numerous works on the political and economic dimensions of slavery, the history of taxation, and the history of economic thought.

The American Institute for Economic Research in Great Barrington, Massachusetts, was founded in 1933 as the first independent voice for sound economics in the United States. Today it publishes ongoing research, hosts educational programs, publishes books, sponsors interns and scholars, and is home to the world-renowned Bastiat Society and the highly respected Sound Money Project. The American Institute for Economic Research is a 501c3 public charity. 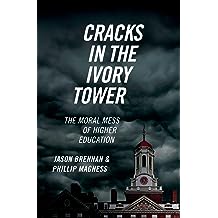 Cracks in the Ivory Tower: The Moral Mess of Higher Education Apr 1, 2019
by Jason Brennan , Phillip Magness
( 23 )
$19.99
Academics extol high-minded ideals, such as serving the common good and promoting social justice. Universities aim to be centers of learning that find the best and brightest students, treat them fairly, and equip them with the knowledge they need to lead better lives.

But as Jason Brennan and Phillip Magness show in Cracks in the Ivory Tower, American universities fall far short of this ideal. At almost every level, they find that students, professors, and administrators are guided by self-interest rather than ethical concerns. College bureaucratic structures also often incentivize and reward bad behavior, while disincentivizing and even punishing good behavior. Most students, faculty, and administrators are out to serve themselves and pass their costs onto others.

The problems are deep and pervasive: most academic marketing and advertising is semi-fraudulent. To justify their own pay raises and higher budgets, administrators hire expensive and unnecessary staff. Faculty exploit students for tuition dollars through gen-ed requirements. Students hardly learn anything and cheating is pervasive. At every level, academics disguise their pursuit of self-interest with high-faluting moral language.

Marshaling an array of data, Brennan and Magness expose many of the ethical failings of academia and in turn reshape our understanding of how such high power institutions run their business. Everyone knows academia is dysfunctional. Brennan and Magness show the problems are worse than anyone realized. Academics have only themselves to blame.
Read more
Other Formats: Hardcover 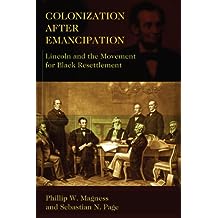 Colonization After Emancipation: Lincoln and the Movement for Black Resettlement Mar 28, 2011
by Phillip W. Magness , Sebastian N. Page
( 12 )
$14.49
History has long acknowledged that President Abraham Lincoln, the Great Emancipator, had considered other approaches to rectifying the problem of slavery during his administration. Prior to Emancipation, Lincoln was a proponent of colonization: the idea of sending African American slaves to another land to live as free people. Lincoln supported resettlement schemes in Panama and Haiti early in his presidency and openly advocated the idea through the fall of 1862. But the bigoted, flawed concept of colonization never became a permanent fixture of U.S. policy, and by the time Lincoln had signed the Emancipation Proclamation on January 1, 1863, the word “colonization” had disappeared from his public lexicon. As such, history remembers Lincoln as having abandoned his support of colonization when he signed the proclamation. Documents exist, however, that tell another story.


Colonization after Emancipation: Lincoln and the Movement for Black Resettlement explores the previously unknown truth about Lincoln’s attitude toward colonization. Scholars Phillip W. Magness and Sebastian N. Page combed through extensive archival materials, finding evidence, particularly within British Colonial and Foreign Office documents, which exposes what history has neglected to reveal—that Lincoln continued to pursue colonization for close to a year after emancipation. Their research even shows that Lincoln may have been attempting to revive this policy at the time of his assassination.


Using long-forgotten records scattered across three continents—many of them untouched since the Civil War—the authors show that Lincoln continued his search for a freedmen’s colony much longer than previously thought. Colonization after Emancipation reveals Lincoln’s highly secretive negotiations with the British government to find suitable lands for colonization in the West Indies and depicts how the U.S. government worked with British agents and leaders in the free black community to recruit emigrants for the proposed colonies. The book shows that the scheme was never very popular within Lincoln’s administration and even became a subject of subversion when the president’s subordinates began battling for control over a lucrative “colonization fund” established by Congress.


Colonization after Emancipation reveals an unexplored chapter of the emancipation story. A valuable contribution to Lincoln studies and Civil War history, this book unearths the facts about an ill-fated project and illuminates just how complex, and even convoluted, Abraham Lincoln’s ideas about the end of slavery really were.
Read more
Other Formats: Hardcover , Paperback 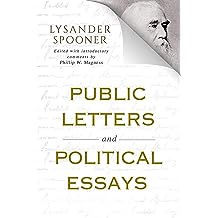 This collection brings together the political writings and short essays of Lysander Spooner for the first time in a single volume. Spooner’s editorials span topics ranging from abolitionism and the Civil War, to free banking and currency, to the trial of President Garfield’s assassin, to government corruption in Massachusetts during the Gilded Age – all with biting wit and an uncompromising disdain for politicians.

Containing over 40 years of newspaper editorials as well as the complete set of Spooner’s contributions to the magazine Liberty, many of these essays have been out of print for over a century. For any fan of Spooner’s political philosophy, and the idea of human liberty generally, this collection is essential reading. 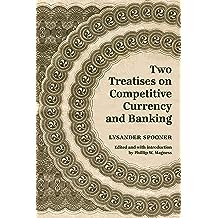 Once presumed to have been destroyed in a turn-of-the-century fire, these writings contain Spooner's most extensive foray into economic theory and reveal new insights into his distinctive and uncompromising free-market vision.
Read more
Other Formats: Paperback 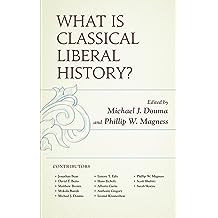 What Is Classical Liberal History? Dec 21, 2017
by Michael J. Douma , Phillip W. Magness , Jonathan Bean , David T. Beito , Matthew Brown , Mykola Bunyk , Lenore T. Ealy , Hans Eicholz , Alberto Garín , Anthony Gregory , Leonid Krasnozhon , Scott Shubitz , Sarah Skwire
$37.99
Historians working in the classical liberal tradition believe that individual decision-making and individual rights matter in the making of history. History written in the classical liberal tradition emerged largely in the nineteenth century, when the field of history was first professionalized in Europe and the Americas. Professional historical research was then imbued with liberal values, which included rigorous attention to the sources, historicist suspicion of an ultimate mover, an honest and dispassionate rational outlook, and humility towards what could be known. Above all, liberals wanted to chart the history of liberty, warn against threats to liberty, and defend it in an evolving political world. They believed history was real, and that it had lessons to teach, but that these lessons could not provide sufficient knowledge to predict the future or reorganize society around a central plan.

Each of the eleven chapters address a different historical topic, from the development of classical liberalism in nineteenth century America to the the history of civil liberties and civil rights that stemmed from this tradition. Authors give particular attention to the importance of social and economic analysis. Each contributor was chosen as an expert in their field to provide a historiographical overview of their subject, and to explain what the classical liberal contribution to this historiography has been and should be. Authors then provide guidance towards possible tools of analysis and related research topics that future historians working in the classical liberal tradition could take up.

The authors wish to call upon other historians to recognize the important contributions to historical understanding that have come and can be provided by the insights of classical liberalism.
Read more
Other Formats: Hardcover , Paperback 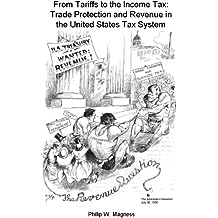 From Tariffs to the Income Tax: Trade Protection and Revenue in the United States Tax System Mar 8, 2011
by Phillip Magness
$7.99
Utilizing historical and statistical data, it is argued that the federal income tax amendment of 1913 drastically, and somewhat inadvertently, altered the constitutional political economy of congressional trade politics by decoupling the import tariff from its traditional role as a revenue device. Prior to this change, the revenue attributes of the tariff system acted as a mild constraint upon the extreme protectionist interest group politics that characterized the early 20th century. The removal of this constraint and its ensuing policy effects are illustrative of the complex and often overlooked role that revenue may play in trade and tariff politics. By treating the 16th amendment as a trade policy measure gone awry, this study challenges the prevailing historical consensus on the original purposes and intent of federal income taxation.
Read more