The Phoenix Colossal Comics Collection: Volume One and millions of other books are available for Amazon Kindle. Learn more 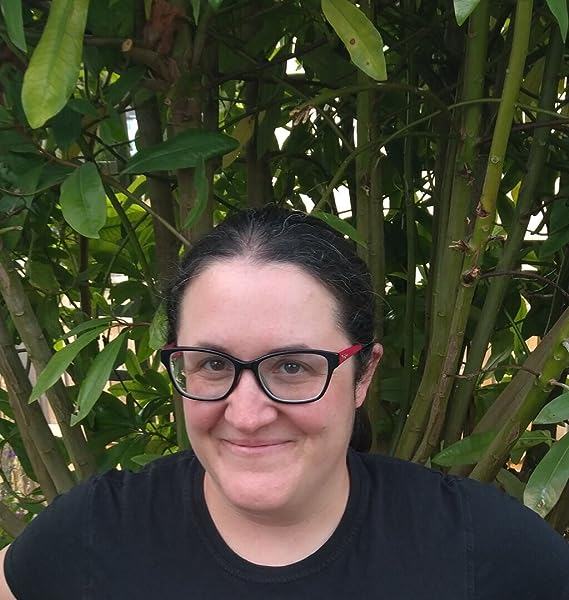 by Various (Author)
4.6 out of 5 stars 147 ratings
Book 1 of 3: The Phoenix
See all formats and editions
Sorry, there was a problem loading this page. Try again.

Gr 3–7—This collection presents individual issues of The Phoenix, a comic book published in the UK. In Robert Deas's enthralling "Trailblazers," a well-developed space opera, Troy and his companions visit the Galactic Archives to learn why the Intergalactic Network has been failing. In between chapters of "Trailblazer" are other comics by different authors and artists. Some are short, cartoonish, hilarious adventures, just a few pages long, like "Bunny vs. Monkey" and "Evil Emperor Penguin." There are also much briefer comics (comprised of a single or a few panels) that make random appearances throughout. Though enjoyable, this volume is, like many compilations, disjointed, with offerings that range in tone and artistic style. The work is worth reading for gems such as "Trailblazers," which deserves a stand-alone book, and "Evil Emperor Penguin," whose titular character could easily be the star of his own TV show. VERDICT For larger libraries looking to expand their selection of kid-friendly comics.—Andrea Lipinski, New York Public Library

Start reading The Phoenix Colossal Comics Collection: Volume One on your Kindle in under a minute.

4.6 out of 5 stars
4.6 out of 5
147 global ratings
How are ratings calculated?
To calculate the overall star rating and percentage breakdown by star, we don’t use a simple average. Instead, our system considers things like how recent a review is and if the reviewer bought the item on Amazon. It also analyzes reviews to verify trustworthiness.
Top reviews

The binding started falling apart within a day or two, and now pages are falling out. That may be partly my kid's treatment of it, but I think it could be more durable.
Read more
Helpful
Report abuse

Chris Bui
5.0 out of 5 stars Great for 8 year olds
Reviewed in the United States on July 15, 2020
Verified Purchase
My 8 year old absolutely love this book. It’s a great little comic book that keeps him paying attention to the drawings while reading. He takes it with him everywhere.
Read more
Helpful
Report abuse

JustABuyer
5.0 out of 5 stars My 9 year old loves it!
Reviewed in the United States on May 13, 2019
Verified Purchase
Bought this for my son and he loves every single page!
Read more
Helpful
Report abuse

Michael Demeritt
VINE VOICE
3.0 out of 5 stars I didn't care for this at all, but a young reader might just love it
Reviewed in the United States on May 12, 2018
Vine Customer Review of Free Product( What's this? )
When I was sent a book for review titled "The Phoenix Colossal Comics Collection Vol 1" I was amped for a dive into a sample of what the cutting edge of sci-fi graphic art had to offer. I was aware of what was inside by titles only; "Trail Blazers Parts 1 to 4", 'Bunny vs Monkey", "Doug Slugman Private Investigator", "Evil Emperor Penguin", "Squid Squad" and "Looshkin". Sounded great, a mix of serious, farcical, and odd. As soon as I actually got the book, and saw it was from Scholastic, the disappointment began.

Unaware of the age group this was targeted for, for an adult consumer of comic books and graphic novels, this is a total PASS. The artwork is all computer generated material, and no artist, inker, or letterer credited here -- not even an editor. The Trail Blazer's art is rather well done for a limited palette, and Bunny vs Monkey is the exaggerated, underdeveloped, mess the title likely makes you think of. But while the art may not be top flight, it never becomes bad either. For a Schoolastic effort, it's a notch above.

If your hope for a comic collection is some good stories, concise and appropriate dialog and maybe a thought provoking dilemma or two, you are not going to find it here. The premises are lame, the jokes are not funny, and the contrived dialog is painfully on-the-nose. I would say never seeing this book is a wise decision. But, I have to take into account the fact it was just not written for me. It was written for kids. Younger readers in the sense of "still developing reading skills", and to this market it might be just right.

Personally I was always an advanced reader, and would have found this material lacking even at a young age, but I remember students who avoided reading like the plague and in doing made improving comprehension harder and harder as they grew older. For some, however, that magical something would come along that would inspire them to read, and they caught up quickly when they found it. For some of my childhood associates and friends, this would have been it! So, it's not the best work here, not even the middle, but it might be just right for a young mind that is resisting books.

For me, a 2 star, for the younger reader a 4 star - so 3 star.
Read more
Helpful
Report abuse

Elly
TOP 500 REVIEWERVINE VOICE
4.0 out of 5 stars Great for 2nd-5th graders!
Reviewed in the United States on October 9, 2018
Vine Customer Review of Free Product( What's this? )
I got The Phoenix Colossal Comics Collection: Volume One for my ten and seven-year-old. They enjoy graphic novels and comics quite a bit so this had great appeal. I was glad I got it because they liked it so much they asked me about Volume two after finishing through this one!

This is a mish-mash collection of comic stories. Some are more serious and others more silly. It gives the reader a mix and allows them to discover comics by specific people they may have not known about. If random or a mix isn't really your thing you may not like this book but my kids seemed fine with it. It is, by all means, a collection and it doesn't take itself too seriously. The stories are most suitable for 2nd-5th graders in my opinion.

The comics found in this volume include;

My kids love weird, silly, quirky, odd, and the general sci-fi theme and fell anyone else in their age range would like this too. This definitely kept their attention from start to finish. It's gotten a laugh out loud response followed by inspiring my kids to create their own comic stories and art too! I say that's a win!

This is an appropriate collection for kids. There's no swearing, intense violence, or overuse of fart jokes and rude humor ( you can create appropriate and funny stories without all that!). My kids and I both recommend for an at home or school/library collection.
Read more
One person found this helpful
Helpful
Report abuse

A. D. Lum
VINE VOICE
4.0 out of 5 stars It's a keeper, but not a slam dunk
Reviewed in the United States on April 7, 2018
Vine Customer Review of Free Product( What's this? )
I have to admit that my interest in comics is strongly influenced by the artwork. I will buy a comic book if I think the artwork is good even though the content is not particularly entertaining. That is where this book falls. As the title suggests, it is a collection of comedic works. Humor is a very subjective thing, so I won't judge. But I will tell you why I didn't find them so funny. My favorite type of humor covers situations and personality types that we are familiar with. It my also introduce less familiar, but entertainingly quirky characters. In the world of TV, the character Kramer on Seinfeld is a good example.

The comics in this volume tend to use slapstick, zaniness, and to a lesser extent, irony. In some of them, things are very busy and rushed, in addition to being zany. This makes it hard to follow. It's no wonder that my favorite comic in this volume, is Doug Slugman, P.I.. The artwork is simple (as opposed to busy in word and graphics), and the humor is played out on a single page. The type of humor in Doug Slugman, is very easy to understand, if a little on the "too simplistic" side. Sometimes, the punchline is the type that makes you groan and smile at the same time.

If you like zany humor, this is for you. I have no complaints about the artwork. In most cases, I prefer looking at the stories rather than reading them.
Read more
Helpful
Report abuse
See all reviews

E Stevenson
5.0 out of 5 stars Long live the Phoenix...
Reviewed in the United Kingdom on May 19, 2018
Verified Purchase
I’m still actually laughing at the review from an adult who bought this thinking it was for their age range. Oh dear.

Great collection for Phoenix fans- or a good way to see if your child might enjoy the Phoenix before subscribing. My six year old is crazy about the comic- in some ways this doesn’t add much to our collection as we subscribe anyway. If you already have the Phoenix I’d probably recommend going for a single character collection in terms of books- the favourites in our house are the Mega Robo Bros, Looshkin and Bunny v Monkey. Pirates of Pangaea is also good.

I’ve bought this lot for a camping holiday and know it will be loved...might think twice about buying the next as suspect it will duplicate some of the content from Mega Robo Bros 1.
Read more
18 people found this helpful
Report abuse

Barbara
5.0 out of 5 stars Good value
Reviewed in the United Kingdom on May 9, 2019
Verified Purchase
Excellent quality. Plenty to read and enjoy
Read more
One person found this helpful
Report abuse

Keekee
5.0 out of 5 stars Great set for kids
Reviewed in Canada on January 26, 2019
Verified Purchase
Kids love them
Read more
Report abuse
See all reviews
Back to top
Get to Know Us
Make Money with Us
Amazon Payment Products
Let Us Help You
EnglishChoose a language for shopping. United StatesChoose a country/region for shopping.
© 1996-2021, Amazon.com, Inc. or its affiliates