Phoenix Rising and millions of other books are available for Amazon Kindle. Learn more 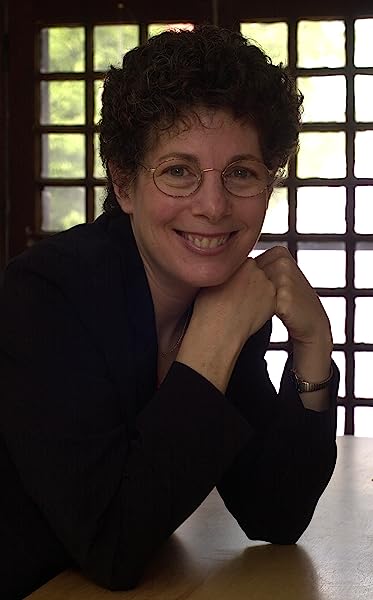 “After a catastrophic accident at a nuclear power plant not far from their small New England sheep farm, 13-year-old Nyle Sumner and her grandmother slowly discover they have been spared from direct radiation.... The author's understated approach heightens the emotional impact of her searching and memorable tale.” ―Publishers Weekly, starred review

“Hesse transcends the specific to illuminate universal questions of responsibility, care, and love. . . . Hesse portrays her characters' anguish and their growing tenderness with such unwavering clarity and grace that she sustains the tension of her lyrical, understated narrative right to her stunning, beautifully wrought conclusion.” ―Kirkus Reviews, Pointer

“The characters overcome adversity, not through heroic deeds of epic proportions, but through simple acts of kindness. The message is poignant, but not overpowering. Hesse has displayed considerable skill in creating a contemporary tale of hope and love rising, like a phoenix, from destruction and despair.” ―School Library Journal, Starred Review

“Hesse in Phoenix Rising deals with the effects of a leak at a nuclear plant, a young girl's awakening sexuality, the meaning of friendship, the strength of family ties, and the courage to love--and she does this with a grace and power that could make her novel ‘a favorite' with younger teens.” ―Voice of Youth Advocates

Karen Hesse is the author of many books for young people, including Out of the Dust, winner of the Newbery Medal, Letters from Rifka, Brooklyn Bridge, Sable and Lavender. She has received honors including the Scott O'Dell Historical Fiction Award, the Christopher Award, and the MacArthur Fellowship "Genius" Award, making her only the second children's book author to receive this prestigious grant. Born in Baltimore, Hesse graduated from the University of Maryland. She and her husband Randy live in Vermont.

Start reading Phoenix Rising on your Kindle in under a minute.

4.4 out of 5 stars
4.4 out of 5
58 global ratings
How are ratings calculated?
To calculate the overall star rating and percentage breakdown by star, we don’t use a simple average. Instead, our system considers things like how recent a review is and if the reviewer bought the item on Amazon. It also analyzes reviews to verify trustworthiness.
Top reviews

Marmot Matthew
5.0 out of 5 stars As a teen and now adult, it still resonates
Reviewed in the United States on January 2, 2020
Verified Purchase
I read this originally in 7th grade World Ideas class. It was then very imaginative and eye opening for me at that age. Rereading it as an adult, kindles some nostalgia, of course, but also conjures up new thoughts and feelings from a different perspective with a greater understanding of the tragedy in the story. All in all, the narrative is still strong, the writing, good. I enjoyed it maybe more now. Don't be put-off by it being labeled as a teen novel. The theme is still quite mature and hearkens back to our time as teenagers coming of age in a world less than perfect.
Read more
One person found this helpful
Helpful
Report abuse

Yanimoe
5.0 out of 5 stars Great reading book…
Reviewed in the United States on July 10, 2014
Verified Purchase
Is my son (age 13) who's reading this book as requested by his private school for his upcoming 8th Grade curriculum that starts thin coming September 2014. so far, he had indicated the book is great and kept him reading more that what he would be.
Read more
2 people found this helpful
Helpful
Report abuse

E. Cotton
4.0 out of 5 stars Phoenix Rising for English as a Foreign Language
Reviewed in the United States on December 19, 2012
Verified Purchase
This is a very fine book and perfect for my purpose. I will be reading Phoenix Rising with a group of 15 and 16-year old prep school international students in a high-beginner/low-intermediate class. After an exhaustive search for a novel that I was not using in the more advanced EFL classes and for one that would appeal to and be at an appropriate reading level for the students in the group, I chose Hesse's. Interestingly, there are some Russian students in the group, so discussions of Chernobyl will certainly arise.
Read more
2 people found this helpful
Helpful
Report abuse

Macy
5.0 out of 5 stars Excellent book.
Reviewed in the United States on January 30, 2013
Verified Purchase
I ordered this book used, expecting a little wear and tear like they had noted, but when I received it, I was stunned by its excellent condition. This book is probably one of the best I've ever read. I originally read it for school, and fell in love with it. Karen Hesse really has a great way of writing. It's simple, yet profound and captivating. Towards the end, I was crying and flipping the pages like crazy. It's an excellent book, and I most definitely suggest it. It makes a great quick read that anybody will love!
Read more
2 people found this helpful
Helpful
Report abuse

Amazon Customer
1.0 out of 5 stars Everything was wrong, read description.
Reviewed in the United States on April 6, 2020
Verified Purchase
Book says new but was used. Different cover, chipped and writing on it. Rips, dents, you name it. I would not purchase from this individual.
Read more
Helpful
Report abuse

Kelly Albert
5.0 out of 5 stars A beautiful view into the mind of society.
Reviewed in the United States on March 14, 2018
Verified Purchase
A great story about a young girl who learns about true feelings, how to love, and be a good friend.
Read more
Helpful
Report abuse
See all reviews

Page 1 of 1 Start overPage 1 of 1
Previous page
Next page
Pages with related products. See and discover other items: karen young
Back to top
Get to Know Us
Make Money with Us
Amazon Payment Products
Let Us Help You
EnglishChoose a language for shopping. United StatesChoose a country/region for shopping.
© 1996-2021, Amazon.com, Inc. or its affiliates