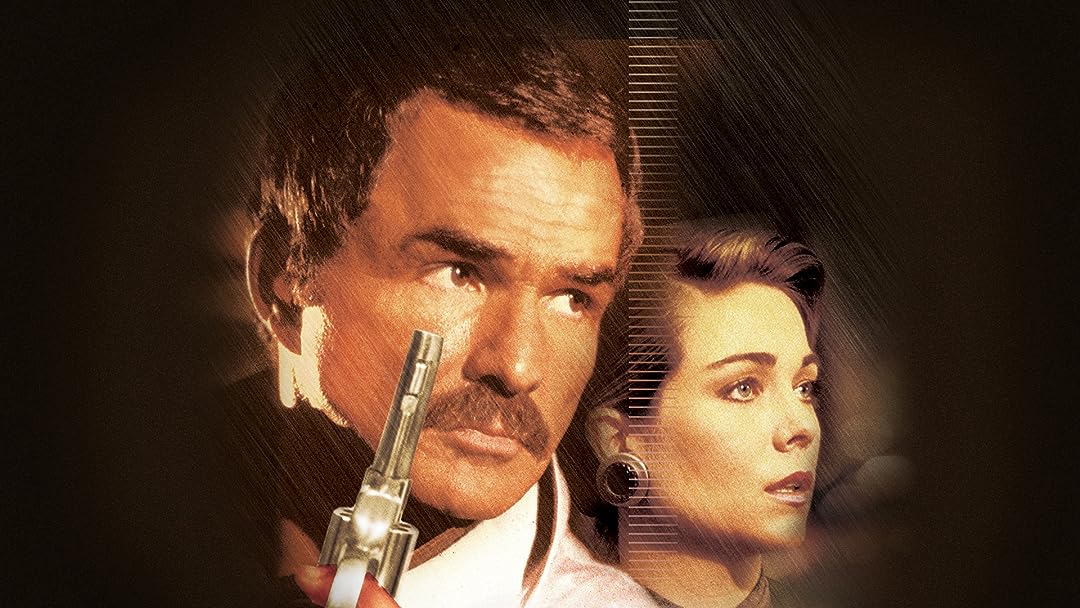 (58)
5.11 h 39 min1989R
A police officer suspended and now accused of murder is forced to join forces with his court-appointed attorney to assemble the pieces of a deadly puzzle to find the missing link before time runs out.

ValuemindedReviewed in the United States on October 5, 2021
1.0 out of 5 stars
Dreadful supporting cast, hack directing
Verified purchase
The Director Michael Crichton did a hack job with this script. He must have recognized this film was going to bomb after watching this god-awful cast perform on the very first day. Reynolds & Beatty play forgettable but passable parts, though Theresa Russell is practically a mannequin as a defense attorney. But it's the rest of the supporting cast that truly reek, especially Ted McGinley. His scenes with Russell are especially painful to watch. If I were in this movie I'd use every penny I had to buy up the rights, just so I could destroy every copy ever made. It really is terrible.
One person found this helpful

C. SzolcReviewed in the United States on October 9, 2021
2.0 out of 5 stars
Michael Crichton's Worst Film?
Verified purchase
The script was terrible and the dialog was ridiculous. The plot was unoriginal, directing was indifferent, soundtrack ripped from a bad 70s TV movie, and the editing was poor. Burt Reynolds was fine but got no help from anyone else. His friend Ned Beatty apparently is willing to read any lines and act any scene, no matter how stupid. Theresa Russell is gorgeous but her acting was unbelievably bad. It is hard to understand why her career didn't grind to a halt after this. I wanted to give it 3 stars, but I just couldn't What a waste.

David E. BaldwinReviewed in the United States on September 27, 2018
1.0 out of 5 stars
Made Me Long for "Striptease"
Verified purchase
In the annals of Burt Reynolds' storied career this has to rank as one of the worst. Not to suggest Burt is bad in this but his inherent charms can't redeem this dud. Not to reveal spoilers but the flick is an exercise in who did it other than Burt. Theresa Russell is so wooden here that you wonder how she ever had a career. This is consistent with Michael Crichton's leaden direction which sinks this one before it gets off the ground. A waste of celluloid and your time.

Laurel-Rain SnowReviewed in the United States on October 17, 2010
3.0 out of 5 stars
PREDICTABLE MURDER ROMP....
Verified purchase
The other day, I was thinking about movies I've enjoyed over the years, and thought of this film starring Burt Reynolds and Theresa Russell--from the late 80s.

My favorite parts were the interactions between the characters. Theresa Russell portrayed a defense attorney named Jennifer Hudson, while Burt Reynolds was Joe Paris, the cop on trial for murder.

Watching the growing attraction between these characters as they tried to solve the case (in between trial scenes) was fun, if a bit predictable.

The movie was set in Boston, so I also enjoyed the street scenes, as well as the interiors of some really gorgeous homes, like the loft where Theresa Russell's character lived with her very annoying fiance, who was materialistic and a bit of an obsessive-compulsive snob.

Lots of action, some violence, and a few thrill scenes, especially toward the end--all added up to a so-so movie that I'll probably watch again, but it certainly wasn't one of my favorites. Not like I thought it would be, since back in the eighties I obviously had different tastes.

However, I decided that it deserved three stars.

Amazon CustomerReviewed in the United States on December 16, 2018
5.0 out of 5 stars
Action thriller
Verified purchase
Loved this movie! Had action and suspense mixed with - who might be the corrupt people involved(?). I rank it among Burts best action movies. I can't understand the negative reviews or any negativity from movie critics, then again I've always ignored the movie critics, I found them to be wrong most times. I'd rather see a movie and be my own critic. It's movie entertainment people, not Shakespeare!
Burt Reynolds was an underrated actor because he made it look easy....thats talent!
One person found this helpful

Lee FoutsReviewed in the United States on October 19, 2021
5.0 out of 5 stars
Good entertaining film.
Verified purchase
Nice to watch an older movie where the agenda is entertainment. Burt Reynolds is Burt Reynolds, and the gal playing opposite him is not only beautiful but perfect in the role.

Amazon CustomerReviewed in the United States on September 4, 2021
1.0 out of 5 stars
poor story
Verified purchase
A bad ending.
One person found this helpful

Susan M. SweeneyReviewed in the United States on June 16, 2021
4.0 out of 5 stars
I love Burt Reynolds...
Verified purchase
...but some of the writing and acting in this movie is pretty bad. Doesn't help that the audio track is pretty poor even for the 80s. I do like the story line. Just wish the dialogue was better.
See all reviews
Back to top
Get to Know Us
Make Money with Us
Amazon Payment Products
Let Us Help You
EnglishChoose a language for shopping. United StatesChoose a country/region for shopping.
© 1996-2021, Amazon.com, Inc. or its affiliates