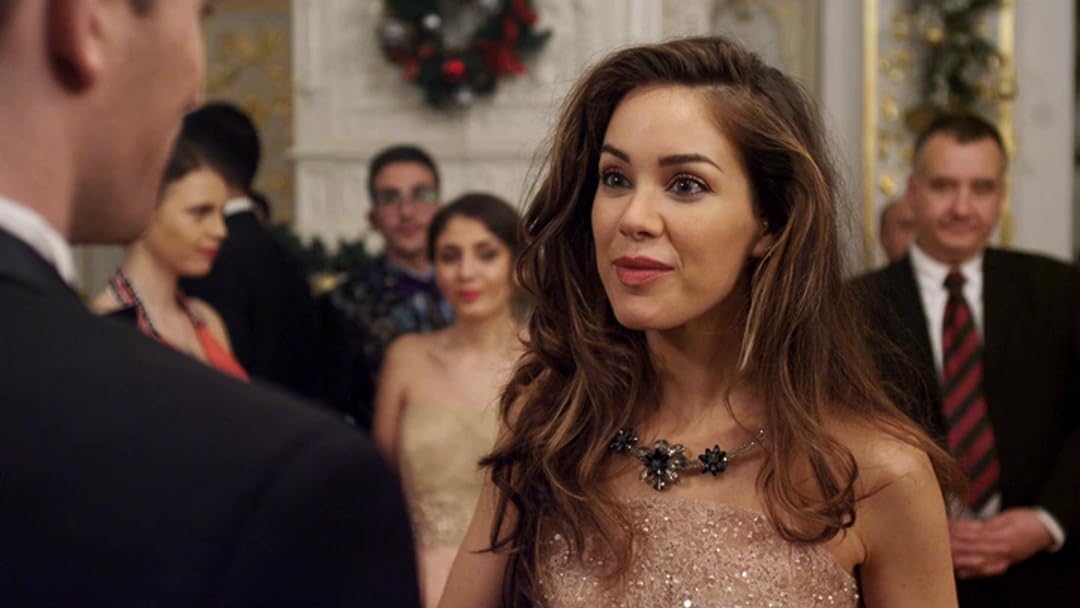 (102)
1 h 25 min2020X-Ray13+
Amanda is the assistant to a famous photographer. Her boss receives an invitation to photograph the Christmas festivities in the Kingdom of Pantrea and Amanda goes posing as her. She will soon fall for Prince Leopold, despite not being a royalty...

william Amazon CustomerReviewed in the United States on January 17, 2021
5.0 out of 5 stars
Charming Feel-Good Movie
Verified purchase
I expected a Feel Good movie and that's what I got. Like most all of the "Princess" type movies the plot is obvious, the conflict is obvious, and the ending is obvious. But it's charming in the way it's acted and directed. Dialog and so on all make you smile at the end.

LHReviewed in the United States on January 13, 2021
1.0 out of 5 stars
People don't even try to research before making these movies
Verified purchase
This movie know exactly zero about how photography works. It's so blatantly bad that I can't get past it - there's a lot that just would not be done by anyone who has ever been around a photographer, much less assisted a world renowned one for years. This girl has her "big shot" but shows up after events start, does no location scouting or testing the lighting? Who believes a world renowned photographer doesn't have equipment or an assistant. Why does she not move throughout the events? Why does she miss essentially every important moment? And yes, why doesn't she upload pictures to the cloud plus back them up on external hard drives, plus keep them on their respective SD cards?

They also just do nothing to make the royal family seem royal. Is there no royal protocol at all? Why is she constantly improperly dressed for events? Why is she allowed to be so informal?

Part of the fun of these kinds of films is that we get a glimpse of a life we’ll never have, and while the formula allows for a certain amount of fantasy, you can’t have her whole charm be that she’s so under appreciated and being denied her big break and act like she’s saving a nation from ruin with he magnificent skills and not do ANYTHING to make that look plausible.

Mary Reviewed in the United States on January 23, 2021
1.0 out of 5 stars
Incredibly cringy dialogue and script with only a few funny lines
Verified purchase
There were a few funny throwaway lines throughout, but overall the script was incredibly cringy and the movie was hard to watch. We've watched a lot of Hallmark and holiday movies, but this was worse than most.

The acting wasn't very good; much of it was emotionless and the characters didn't have chemistry, so that was another thing that made it even more difficult to watch.

For some reason, we still watched the entire thing, but that was likely because we had nothing else to see and have been getting desperate in our search for good holiday movies.

I would not recommend watching this movie; the general idea was interesting, as it followed the whole mistaken identity romance plot, but it wasn't well executed.
10 people found this helpful

HappyMammaKorReviewed in the United States on January 16, 2021
3.0 out of 5 stars
Cute idea
Verified purchase
For those of us royal christmas junkies... This one falls on the side of cute idea, better acting than most... but frustrating at one point. I really have an issue with how the photography profession is portrayed. I think with a little imagination, they could have had her act professional while on the shoot, but then get the flirting in on the side when not working. As a photographer, she would have never been in on the action. She was never documenting the actual things while they were happening, just when they handed out awards (other than the gift wrapping contest). This is very odd and frankly distracting. There were many times that she should have had her camera on her and she didn't... Even amature photographers I know always have a camera on them at every event documenting it. How much more so professionals!! It was just very odd and used more of as a plot device than an actual character trait which made this movie so much more shallow than it needed to be. But I do what to move there! The outside shots were stunning. The movie was enjoyable but like I said, I feel like most of these have a good idea, but then totally screw it up by inventing a plot device and not fully committing to all aspects of it to make it believable.
3 people found this helpful

Amazon CustomerReviewed in the United States on January 21, 2021
5.0 out of 5 stars
Excellent acting, clear sound, nice photography & sets, "old" plot but endearing with great acting
Verified purchase
Lead actress Roxanne McKee was superb in this role. All of the casting was well done, with the actors playing the king and queen special standouts (James Weber Brown and Sophie Ward) with all other actors doing just fine as well. The plot was entirely predictable BUT the wonderful acting made you not care. Sound was clear. Much of the dialog was re-done in the studio (ADR) but the editors did a good job of keeping lips & audio dialogue sync'd. Unlike many or most movies, where dialogue and lips get horribly out of sync to the point where it's distracting, that did not become a problem in this movie. The lead actress played a photographer in the movie, but her moves did not reflect professional expertise. Not realistic on that point, but finding a tiny European country with king & queen rulers isn't so realistic either.
3 people found this helpful

SydneyReviewed in the United States on January 11, 2021
4.0 out of 5 stars
It's good until it's not. mild spoiler warning.
Verified purchase
I really liked this movie from teh get-go, the characters actually say what they feel until the mean girl sets up the main girl .. and then the family really turns into jerks. The main character is accused of theft and she confronts the girl she knows set her up but the family totally ignores it and are jerks.
maybe it was just bad writing.

of course things get better at the very end...
sure, watch the movie - it isn't cookie-cutter and it isn't step-by-step predictable.

I recommend it, even though I didn't like how the family reacted.
3 people found this helpful

Amazon CustomerReviewed in the United States on May 10, 2021
1.0 out of 5 stars
A misrepresentation of both sides! Skip it!
Verified purchase
The Hallmark channel has movies like these and are predictable. Some are just so bad to even finish watching. This movie is worse with no background information on real royals. So typical to just assume or guess. American women made to be thirsty, hungry and desperate to marry a prince. Making every American woman think marrying a prince is so magical, you can thank Disney for that. Anyway, the whole thing was a train wreck. Having the photographer behave so unprofessional and a home wrecker is beyond me. What professional is quick to believe a prince is in love with her as soon as he hires her while engaged? A professional keeps things professional! A real prince wouldn't be so quick to end an engagement for a woman he just met! Seriously, I don't understand why these writers can't get it right or write a decent story! Then on top of that portraying the dutchess behavior so distasteful leaving you with the notion of her behavior possibly being true. Dutchess' are trained to be ladies not vindictive, attention seeking and scandalous. Can't a writer at lease get it realistically enough? I know it's just a movie but a little reality wouldn't be so bad. Who doesn't have knowledge on greeting a royal. You extend a hand to shake which is obvious but she kisses the dutchess hand instead. American women know that if he's engaged she isn't having a chance with him, come on, seriously.

The movie was so bad that it makes both sides look so bad including American women. Giving American women a stero type of just being ignorant, dumb with a Disney fantasy imagination of a fairy tale. Skip this high school movie and move on to something more grown up.

BEATRIZ LEEReviewed in the United States on February 9, 2021
2.0 out of 5 stars
Not a Feel Good Movie
Verified purchase
i was looking for a nice simple romance. This movie did not fill the bill it was SOO badly acted and i could not get into it. The characters where all plastic like the duchess, the royal parents, the girlfriend,... okay All the characters where one dimensional with a totally unlikely ending and what professional photographer enters a contest when she would have to take the picture of the winner? or curl her hair every day, with perfect make up? i gave it 2 stars for the reasoning that she often articulated,...and the pretty dresses,...i would not recommend it nor ever see it again
One person found this helpful
See all reviews
Back to top
Get to Know Us
Make Money with Us
Amazon Payment Products
Let Us Help You
EnglishChoose a language for shopping. United StatesChoose a country/region for shopping.
© 1996-2021, Amazon.com, Inc. or its affiliates