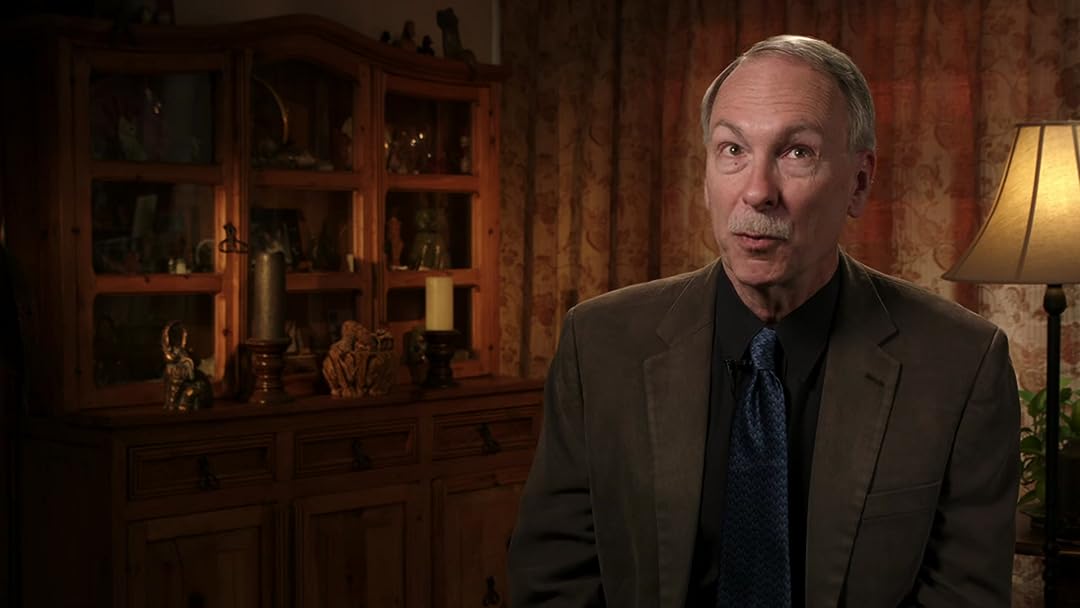 (7,188)
7.53 h 42 min1940G
The Walt Disney Signature Collection presents a timeless story for a new generation. With his friend Jiminy Cricket by his side, Pinocchio embarks on fantastic adventures that test his bravery, loyalty and honesty in his quest to become a real boy.

James AshleyReviewed in the United States on November 27, 2018
5.0 out of 5 stars
A phenomenal piece of animation
Verified purchase
I recently watched Walt Disney’s PINOCCHIO—probably for the first time, and I’m sixty-one years old!

I may have seen it in its 1962 re-release, but I can’t be sure. However, my family had, as I recall, a PINOCCHIO soundtrack album with a picture book. I was amazed to find that my memory of all the songs—from the soundtrack—is still intact!

I’m also amazed that the movie was made in 1940; the animation is great, even by today’s technical standards (all CGI aside).

(My only regret is that I don’t remember seeing this movie when I was a child, if I did; I think that IF I did, I probably would have developed a conscience a lot sooner. This masterpiece of animated film has excellent lessons for children, which will serve their life and happiness for the rest of their lives.)

Mrs FireReviewed in the United States on January 24, 2019
5.0 out of 5 stars
Timeless Classic for the Masses
Verified purchase
I bought this to introduce my kids to it's beauty and profound meaning and to remember the details in it for myself.

It has a subtext of the Biblical Jonah and the big fish account which Professor Jordan B Peterson has helped illuminate for me in his Biblical lectures. I also appreciate this very apt pro education, hard work, against taking the easy street message it has. It has classicly demonic bad guys which is a plus in this age of "even dragons are good in the end," which is so misleading. Children need to know there is real evil and it wants to destroy our souls and the enticement is easy money, substance abuse and nightlife. Yes, all that is in there and more.

Since it has a negative portrayal of a gypsy minstrel that exploits the puppet for money this movie has been mischaracterized as racist but it's a lie meant to keep the good messages in it from reaching children. In fact, the most evil character is a fat, blue eyed, blond haired, cigar smoking abductor. This movie has the loveliest of all the fairies in the Disney repertoire. A true angel star, an example of fair femininity as interpreted by the 1940's or '50 when it was made. It's important for children to have contrast to these modern times when no female character celebrates femininity en toto. She is sheer beauty, gentleness, self control, merciful, kind and strict. Pinocchio himself is full of vim, happiness, adventure, foibles and in the end repentance, self sacrifice and bravery. A true Christ like child who is followed around by Jimini his adorable, flirtatious and funny conscience who gets better as he goes along.
22 people found this helpful

JohnReviewed in the United States on May 21, 2017
5.0 out of 5 stars
Not a pirate copy
Verified purchase
The DVD I received was definitely a Disney product. It had Disney all over the packaging and on the DVD. It also started up in english. Inside the DVD case was a Disney rewards code. The quality is very good -- I was surprised by how clear and sharp the picture was. Being the 1940's version I did not expect the great picture I get. It also had Disney movie previews. The picture is not wide screen, but it has the same slightly rectangular shape I remember from the 1950's when I first saw it at the movie theater.
39 people found this helpful

ilyxmichelleReviewed in the United States on March 16, 2018
5.0 out of 5 stars
Engaging
Verified purchase
When Pinocchio first came out of the vault I was a bit skeptical of whether I should purchase it or not. I just didn’t think my toddler would actually enjoy this movie. Boy was I wrong! She asked to watch it all day/every day. She especially loves the part where the puppets are dancing. I would definitely recommend this movie to anyone with small kiddos.
23 people found this helpful

Plot: A wooden puppet created by Geppetto is brought to life by the Blue Fairy. He wants to become a real boy. In order to achieve this, he must prove himself brave, truthful, and unselfish with the help of Jiminy Cricket as his conscience.

What Disney has done here is ingenious. He has turned Pinocchio into a parable for children. Some are sung to you by Jiminy Cricket, “Let your conscience be your guide”, others the Blue Fairy tells you, “A lie grows until it’s as plain as the nose on your face”, while you watch the results of bad choices through his beautifully drawn animated story. Pinocchio wants to be a real boy, not just wooden. All children want this. They know they should be good, but they know when tempted they can be weak.

In our film, Pinocchio does not go to school as he should when he meets Foulfellow and Gideon who convince him being an actor is fun. “Hi, Diddle Dee-Dee, An Actor’s Life For Me.” This leads to them giving him to Stromboli, the evil puppet master, who locks him in a cage. When the Blue Fairy comes to help, Pinocchio lies to her. With each lie his nose grows until it has leaves on it and a bird’s nest with baby birds in it. What could be a better way to teach a child not to lie than to show them what happens to Pinocchio?

The Blue Fairy helps Pinocchio escape the cage. But on his way home he immediately runs into Foulfellow again and is shanghaied to Pleasure Island, where boys can smoke and play pool all day or, at least, until (through tobacco and bad habits) they change into mules. They grow long ears, hooves and snouts. Once they are mules they are taken to work in the salt mines. What child would want to smoke after seeing this?

Pinocchio escapes again and goes home to find that Geppetto has been trapped inside Monstro’s stomach while searching for him, and he and Jiminy rush out to save him. The scenes with Monstro the Whale are some of the most beautiful in the film. Disney’s ability to mimic the ocean waves and water crashing against rocks are amazing.

After Snow White the Disney crew began work on Pinocchio and applied what they had learned and then invented numerous innovations. 1) They broke out of frame: An extension of a split frame where a character can depart from the sides of the frame falling out of the animation entirely. (When the whale is chasing Pinocchio and is not seen but the audience knows he is nearby. 2) Multiplane camera: Allows drawings in 3D. Camera passes through foreground drawings. (In the beginning of the film there is an aerial shot of Pinocchio’s village.)

Pinocchio was a great achievement. It was done when the Walt Disney Studio was at its pinnacle of abilities and the principles they invented still live today through, “Despicable Me”, or “Jurassic Park”, because there isn’t a working graphic artist who hasn’t studied the masterful Walt Disney! I give this Great film 5 stars.

This is the two-Disc 70th Anniversary Edition with the entire second disc a Special Feature.
2 people found this helpful

So Cal DadReviewed in the United States on January 10, 2017
5.0 out of 5 stars
Great Movie with real life lessons
Verified purchase
The poor reviews were written for a dvd sold by an Amazon Third Party. If you buy Pinocchio from Amazon Video for streaming, the quality is fantastic. Buy the movie before Disney stops selling it, which they tend to do after a release. This is a great movie to share with the whole family. It teaches children to listen to the advice of their parents and teaches them the importance of listening to their inner conscience. A classic movie that you must own.
36 people found this helpful

ScottReviewed in the United States on May 11, 2021
5.0 out of 5 stars
Beautiful kid friendly classic
Verified purchase
This is a beautiful, kid-friendly movie focusing on listening to one's conscience, and faithfulness to one's family. I bought it in case the current wave of censorship one day hits this movie and makes it impossible to buy the original. Who knows what the various interest groups would find objectionable to it. The graphics are clunky and primitive, but the backgrounds are just lovely. Looking at it as an adult, I'm surprised at the number of subtle and indirect romantic innuendos there are. But they are, I'm sure, unobservable to a child. It is very pro-child in that Gipetto's greatest wish is to have a real boy, and when his wish comes true, it is cause for huge celebration. Hooray for folks who like kids!

james ahlgrimReviewed in the United States on October 20, 2016
5.0 out of 5 stars
the korean edition
Verified purchase
Im 63 years old and can remember what a special event it was when the latest walt disney issue or rerelease came to the local theater. Before his death walt disney put his personal touch on many of his films. It shows on pinocchio. Almost 8o years later the charm is still alive in this classic film. I ordered the korean blu ray cuz i accidently gave my other copy to easter seals.. This edition has no special features and you have to go to the menu to get the english version but other than that the picture and sound is great. Walt disney films will always be special to me and this is one of the best.
23 people found this helpful
See all reviews
Back to top
Get to Know Us
Make Money with Us
Amazon Payment Products
Let Us Help You
EnglishChoose a language for shopping. United StatesChoose a country/region for shopping.
© 1996-2022, Amazon.com, Inc. or its affiliates