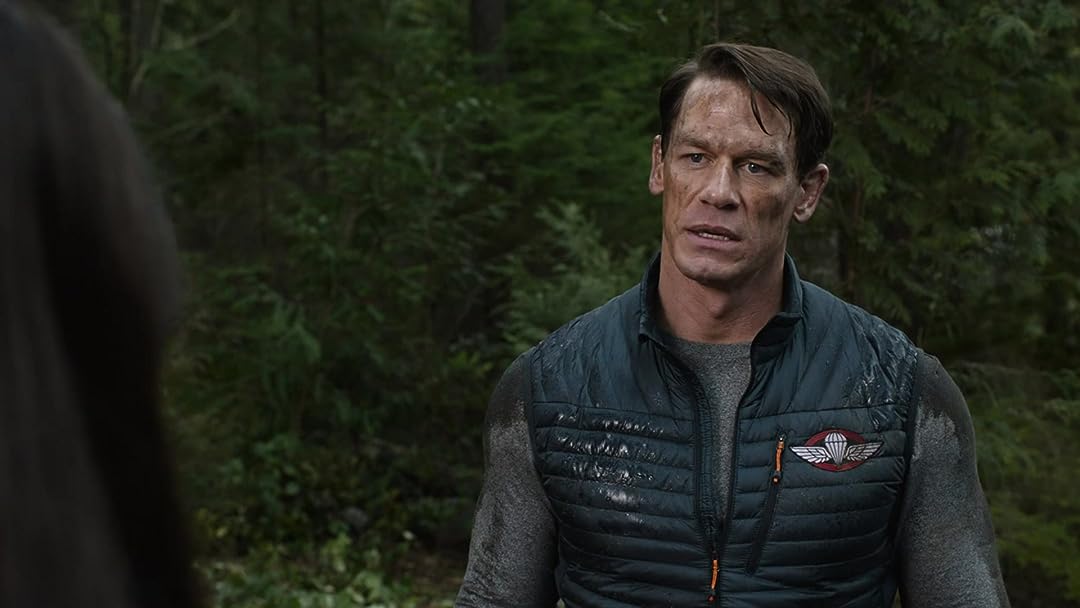 (23,134)
5.11 h 35 min2019X-RayHDRUHDPG
When firefighter Jake Carson (John Cena) and his team (Keegan-Michael Key & John Leguizamo) rescue three siblings in the path of a wildfire, they realize no amount of training could have prepared them for their most challenging job yet – babysitting.

mossmouseReviewed in the United States on March 16, 2020
1.0 out of 5 stars
Save Yourself, Skip It
Verified purchase
Not sure how this even made it to theaters? It's an awful B movie that should have gone straight to TV/streaming. The kids were excited to see it after seeing a preview, but they were disappointed. As a parent who enjoys most kids movies I was just annoyed through the whole thing. It's one loooooong obvious commercial for Kleenex and My Little Pony. I don't even know how to explain how aggravating it is to watch this movie, just something about it that isn't even the slightest entertaining. I was irritated to have wasted money renting it when even my kids who like silly and stupid movies didn't like it.
19 people found this helpful

HribalReviewed in the United States on February 11, 2020
3.0 out of 5 stars
It was ok
Verified purchase
My 8 year old son could not wait to see this. So I preordered it as a surprise. We just got done watching it for family night and it was a big disappointment.

He sort of laughed at the boom scene but other than that, he was kind of bored and is not asking to watch it again. He is the hugest John Cena fan, too. A little corny but it works....a little.

Such a waste of money.

G. HallReviewed in the United States on February 5, 2020
5.0 out of 5 stars
Overall, pretty good movie....
Verified purchase
Some of the reviews here I think were a bit harsh. Yeh, the guy had his shirt off 3 times if I remember. Maybe a bit odd but, it played well in the show. Maybe that was the point, I don't know. I think this movie was supposed to be geared towards all age groups (family movie).

Overall, I think it was a pretty good movie. Good story. Nothing wrong with the acting. Perhaps a bit, mmm, not over acting but, just out there a bit. I thought it was pretty good the way they laid it all out. It was a bit over the top though at times. Or goofie, I guess you could say. And that's where the age groups 5-10 comes in.

Nothing wrong with the SD version on this end. Maybe they fixed it since then.

SusanM.Reviewed in the United States on March 17, 2020
1.0 out of 5 stars
Not what I expected. Do not do it.
Verified purchase
There are some very amusing moments, but regret this purchase. I expected sophmoric humor, and perhaps it is a.personal thing, but the level of disrespect and disregard demonstrated by the teen or tween age peraon in this film made me wonder what the writers were thinking and irritated me so much that I could not finish watching it. Without the sheer idiocy of the kid, the adult humor, and very capable cast would have made it enjoyable. I just could not get past how anyone would depict a kid acting with such disregard and hubris as a norm, and could not find the humor in property destruction and endangerment. I LOVED Super Troopers... so not entirely a stick in the mud. The disappointment was a shame too since it had such a great cast. The writers should be spanked.
12 people found this helpful

apartment ownerReviewed in the United States on April 22, 2020
1.0 out of 5 stars
This was awful and I had slept in that morning so I couldn't even sleep through it.
Verified purchase
We let the kids pick a movie to rent. When it was done they both (9 and 12) remarked it was WAY less funny than the preview. They had watched the Vin Diesel version of the tough guy nanny a week before and thought it was great (it wasn't, but it was watchable at least). John Cena did an excellent job of being himself but it was disappointing to see John Leguizamo so....flat. If your kids demand to see it just make sure you have something else to do.
7 people found this helpful

M HillReviewed in the United States on February 11, 2020
4.0 out of 5 stars
A little cheesy acting but funny!!
Verified purchase
This was a great family film that we aall enjoyed from 9yrs to teenagers to adults. Didn't seem to have a lot of hidden inappropriate comments which was great! While the acting was a bit cheesy at times, the plot was sweet, funny overall and kept us watching the entire time for what would happen next
8 people found this helpful

JOANNE CATHERINEReviewed in the United States on April 2, 2020
1.0 out of 5 stars
Eh, for kids
Verified purchase
From the trailer, this looked like a fun movie until I rented it and saw that it was made by Nickelodeon. Ridiculous plot with decent actors acting like idiots in a dumb made for kids movie. Wish I could get my money back.
6 people found this helpful

Kindle CustomerReviewed in the United States on October 16, 2020
5.0 out of 5 stars
It's a movie people! Although a good escape - get over yourselves
Verified purchase
I've seen the pro and con's for this movie... I wonder what people expect from a movie. The negative reviews that some have put in - all I can say is lighten up people. You are wound up way to tight - enjoy the the brevity and experience life a little while away from the madness that we go through. Not everything needs to be criticized so much, it is not Shakespeare, it's not life or death. It's a movie. I really enjoyed the entire movie and it made me laugh, and feel happy to see the values that came from the entire movie, that we can be a family and have a happy future when we learn to live like a true family.

You spent a few dollars, perhaps it was not what you expected. So what, you spent a few dollars and it is a kids movie. Grow up and move on with your miserable existence if this movie disappointed you. Read a book perhaps, walk in woods or get a life.
2 people found this helpful
See all reviews
Back to top
Get to Know Us
Make Money with Us
Amazon Payment Products
Let Us Help You
EnglishChoose a language for shopping. United StatesChoose a country/region for shopping.
© 1996-2022, Amazon.com, Inc. or its affiliates