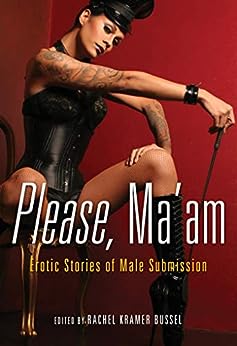 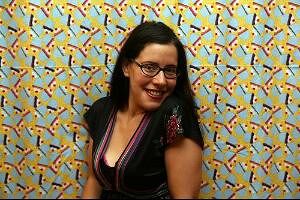 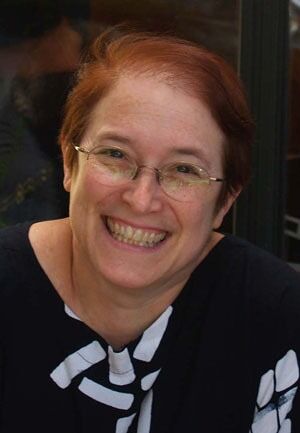 by Rachel Kramer Bussel (Editor) Format: Kindle Edition
See all formats and editions
Sorry, there was a problem loading this page. Try again.
Men are the ones gifted with all sorts of power in our society, but a dirty little secret is that so many of them long to strip themselves of this power, to be tied down, gagged, spanked, taken, and owned. They want to ease the burdens of manliness, if only for a little while, to be "ordered" to do all the naughty things of which they've dreamed. Please, Ma'am shows some of the tantalizing possibilities out there for sniveling men and the women who love them. Best-selling erotica editor Rachel Kramer Bussel has gathered together top voices in the genre, including Stephen Elliott, Alison Tyler, Dominic Santi, and many more. In Please, Ma'am, men willingly submit to the deliciously dominant women who entertain their deepest desires and give them the treatment they crave.
Read more
Previous page
Next page

Please, Ma'am: Erotic Stories of Male Submission is a book that I like to consider a tribute to all the male submissives out there. In my experience, men who crave a powerful woman aren't rare, but they are often hidden, wearing disguises like business suits and fancy job titles, or looking for all the world like typical macho guys when really they want to be anything but.
And while the men are the storytellers here, it's true that the women, those cruel, cold, sexy mistresses, often steal the show. In Isabelle Gray's "A Charmed Life," Andrew keeps trying to crack the brick wall that is Irina, with no luck, despite his diligent efforts. "We both know you're not going anywhere,' she said. 'Let's not play that game." She tells him this after he threatens to leave if she slaps him again. She's onto him, and they both know it, and that, more than anything, is what keeps them locked in a battle where she is sure to win, and he will smile like the loser he is in their sexy sparring.
Some of the characters here manage to top from below,getting their wives, lovers, and mistresses to give them what they secretly--and not-so-secretly--crave. Watching how they make their kinky dreams come true, seeing how they grapple with their need to relinquish control, is a joy to behold, especially when they are faced with a task that wasn't in their fantasy. These men say "please" (and "thank you") in different ways, but at their core, they share a desire to abandon the role of macho man in favor of one where the woman wears the pants--or the latest skirt--and wields the whip, literal or figurative.
In the closing story, "I'll Do It. For Her."Graydancer captures the heart of what this anthology is all about, exploring adance of not only dominance and submission but roles and expectations, in which ha man who most see as a "big bad dominant" finds himself with a woman who seesinto his masochistic soul:

She loves making me want her to hurt me more.
I crave this pain she gives me, but it's more than that¾I crave theperson she becomes. As she lifts on her elbow, over me, her heavy breastpressing against my chest, she lets out the growling laugh I love, and it trailsinto a satisfied hum as she watches me drink in the pain.

In short, this book, like most all my erotica collections, is about fantasy fulfillment. It's about knowing what you want andseeking out a kindred soul to make it happen. It's about giving up one kind of power to gain another. Whether playing servant, student or nude model--or just being a man who desires the cruel intentions of a powerful woman--these men seek out the scenarios that give them the kind of bliss Graydancer writes about. It's the transformation, the process of going from before being dominated to after, that shines through in Please, Ma'am. Says Graydancer's narrator, "Or maybe what I crave is the person I become." Those people, those submissives who find their fantasy women, even if they look and talk and act differently than they'd imagined, are who you will find in these pages. I hope their bravery, dedication and spirit move you as much as they did me.
Rachel Kramer Bussel
New York City
--This text refers to an alternate kindle_edition edition.

3.7 out of 5 stars
3.7 out of 5
16 global ratings
How are ratings calculated?
To calculate the overall star rating and percentage breakdown by star, we don’t use a simple average. Instead, our system considers things like how recent a review is and if the reviewer bought the item on Amazon. It also analyzes reviews to verify trustworthiness.
Top reviews

Simplishopping
5.0 out of 5 stars I enjoyed it!!
Reviewed in the United States on September 27, 2010
Verified Purchase
I found the book to be a great read. I definitly got a few new ideas that I must try on my new submissive:)!
Read more
One person found this helpful
Helpful
Report abuse

Jessi McGrath
5.0 out of 5 stars PUTTING MEN IN THEIR PLACE!
Reviewed in the United States on May 4, 2013
Verified Purchase
A great collection of stories for anyone who believes that a man's place is at the feet of a woman.
Read more
One person found this helpful
Helpful
Report abuse

Go ahead, say the words out loud: "Please, Ma'am." If these words make you long for a woman to grab you by the scruff of your neck or control you with one fierce, all-knowing look, then this is the book for you. Whether playing servant, student, or nude model, the submissive men in Please, Ma'am revel in the attention of stern mistresses who know exactly what punishments they need. With stories by Michael Hemmingson, D.L. King, Graydancer, and many more, bestselling erotica editor Rachel Kramer Bussel has gathered together today's best erotic tales of men who crave the cruel intentions of a powerful woman.

What Stephanie Thought: Previously, female dominance was portrayed physically -- with the woman literally being on top (remember my review?). Please Ma'am is just as fierce of a ride, but it covers the more psychological and emotional aspects of the divine mistress.

You wouldn't guess that in dominance, there would be tenderness. Especially in sadism and masochism; tenderness is the last thing you'd expect. But it's all a mind's game, you see. Some people see the practice of dominance and submission as unequal power play and gender condescension. Taking a closer look, it's not like that at all. The reason a woman and a man can endure such debauchery is because in them, is the knowledge that only the strongest can put up with the humiliation. Only the strongest can stand to be beaten and tied up, but still have the dignity to be considered an equal.

There are many scenes that bring tears to my eyes. It's sublime how much love and passion emerges from both the dominant and submissive parties. It's also perplexing how big of sacrifices lovers are willing to take for each other, to please each other, and that, for me, defines for me what love means. It has nothing to do with physique and societal acceptance; love is a burning connection that has no boundaries, and the controlling hand of Please, Ma'am is what makes it all the more profound.

Stephanie Loves: "I take the pain for her -- no matter how much, how hard -- but I'm not a young man, and sometimes in the face of it my spirit is thrilling but my flesh is meek." -- from Graydancer's "I'll Do It. For Her.", probably one of the most emotionally touching stories I've read, being erotica at that.

Ilovebooks
5.0 out of 5 stars As entertaining and sexy as it is educational
Reviewed in the United States on May 26, 2010
Please Ma'am is as entertaining and sexy as it is educational. The anthology starts off with Teresa Noelle Roberts' "I Live to Serve' about a man serving his woman (or Milady, as he calls her) in the most sexual way. I can see why this tale was selected to open up the collection--I started reading it on a subway and was then a little sorry that I did, if you get my drift. This story is so hot you
could cook a meal by it. Roberts' also excels at characterization and really gets into the mind of her male protagonist, while illustrating how deliciously exciting it is to suffer at the hands of a woman. It is a story that is all about the extreme pleasure of delayed gratification.

I also liked Charlotte Stein's "It's Not Me, It's You" about a man who has a secret office admirer. It's the kind of story that builds up in intensity to a rousing, shall we say, climax.

In Michael Hemmingson's "Paypig," we learn about the surprising practice that is money slavery (where a guy gets off on having women take money from him). I didn't even know this practice existed until I read this book, and I consider myself pretty worldly. It's funny how a practice that can label a girl a golddigger can also be exciting to other men.