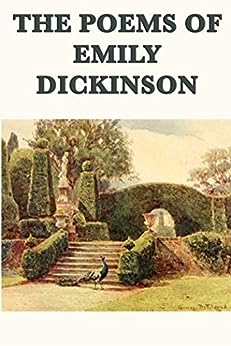 Emily Dickinson proved that brevity can be beautiful. Only now is her complete oeuvre--all 1,775 poems--available in its original form, uncorrupted by editorial revision, in one volume. Thomas H. Johnson, a longtime Dickinson scholar, arranged the poems in chronological order as far as could be ascertained (the dates for more than 100 are unknown). This organization allows a wide-angle view of Dickinson's poetic development, from the sometimes-clunky rhyme schemes of her juvenilia, including valentines she wrote in the early 1850s, to the gloomy, hell-obsessed writings from her last years. Quite a difference from requisite Dickinson entries in literary anthologies: "There's a certain Slant of light," "Wild Nights--Wild Nights!" and "I taste a liquor never brewed."

The book was compiled from Thomas H. Johnson's hard-to-find variorum from 1955. While some explanatory notes would have been helpful, it's a prodigious collection, showcasing Dickinson's intractable obsession with nature, including death. Poem 1732, which alludes to the deaths of her father and a onetime suitor, illustrates her talent:

My life closed twice before its close;
It yet remains to see
If Immortality unveil
A third event to me,

So huge, so hopeless to conceive
As these that twice befell.
Parting is all we know of heaven,
And all we need of hell.

The musicality of her punctuation and the outright elegance of her style--akin to Christina Rossetti's hymns, although not nearly so religious--rescue the poems from their occasional abstruseness. The Complete Poems is especially refreshing because Dickinson didn't write for publication; only 11 of her verses appeared in magazines during her lifetime, and she had long-resigned herself to anonymity, or a "Barefoot-Rank," as she phrased it. This is the perfect volume for readers wishing to explore the works of one of America's first poets. --This text refers to an alternate kindle_edition edition.

Complete is the keyword here as this is the only edition currently available that contains all of Dickinson's poems. The works were originally gathered by editor Johnson and published in a three-volume set in 1955. Essential for academic and public libraries.
Copyright 1997 Reed Business Information, Inc. --This text refers to an alternate kindle_edition edition.

R. W. Franklin was Director of the Beinecke Rare Book and Manuscript Library, Yale University. He is the recipient of the Emily Dickinson International Society's Award for Outstanding Contribution. --This text refers to an alternate kindle_edition edition.

This is now the definitive text of Dickinson, a poet one can open at random and find something exhilarating. (The Guardian)

Mr. Franklin is the recognized authority on Emily Dickinson's poetry and gives us 1,789 poems, the largest and most accurate collection of her verse...For all those who love Emily Dickinson's unique verse this is a treasure trove from which to choose. This is a publishing coup of the first order. (Contemporary Review 2000-10-01)

Not only is it the 'authoritative' and 'definitive' edition of her complete poems, it is a gorgeous volume printed by the Belknap Press, complete with a crimson ribbon bookmark...For those who like Emily Dickinson and who want all the poems as she wrote them, unmolested by well-meaning editors and thoughtless publishers, this is the book. In one volume you can hold the closest thing to the real Dickinson that anyone will ever get. (bn.com) --This text refers to an alternate kindle_edition edition.

4.6 out of 5 stars
4.6 out of 5
602 global ratings
How are ratings calculated?
To calculate the overall star rating and percentage breakdown by star, we don’t use a simple average. Instead, our system considers things like how recent a review is and if the reviewer bought the item on Amazon. It also analyzes reviews to verify trustworthiness.

Amazon Customer
5.0 out of 5 stars Here is Dickinson's intended version.
Reviewed in the United States on August 29, 2017
Verified Purchase
Most of Dickinson's collections contain poems that are not in her intended form. That's because an editor changed the poems prior to publishing them not long after Dickinson's death.

However, this collection edited by Thomas H. Johnson has Dickinson's original syntax and words. The difference can be stark.

Who has not found the heaven below
Will fail of it above.
God's residence is next to mine,
His furniture is love.

Here is the intended version:

Who has not found the Heaven -- below --
Will fail of it above --
For Angels rent the House next ours,
Wherever we remove --

To me, there is no comparison. If you agree, get the Thomas Johnson version. But be cautious--it looks like only the hardback is the intended i.e., Thomas Johnson, version.

manlius
1.0 out of 5 stars Kindle and Paperback editions are DIFFERENT!
Reviewed in the United States on February 1, 2017
Verified Purchase
The Kindle edition (which I bought from the Kindle link on this page) is the *Higginson* edition with 59 poems--even though the title says "Complete".
Based on other reviews, I'm assuming the paperback edition is the more recommended *Johnson* edition and probably has all 1775 poems.
I'm assuming the recommendations are reliable, because I haven't read Dickinson since high school (40 years ago) and If I'm going to read her now, I want to start with the *real* thing. A Kindle version would be ideal, though. Since they're so short, I can read one anywhere, any time, and then think it over as I go on my way.
Read more
70 people found this helpful
Helpful
Report abuse

Jan Berkhout
5.0 out of 5 stars Everything Emily wrote, in chronological order
Reviewed in the United States on January 17, 2020
Verified Purchase
Emily Dickinson was a slightly deranged Dada poet of the late 20th Century trapped in the body of a 19th century spinster matron. No one would want to read through more than few pages at a single session, but having her whole life in front of you allows you to pick out the good stuff. After a while, her limited style and range can get frustrating, but the her work is astonishing in small doses, which is how she wrote it. If you believe in reincarnation it's amusing to think of a brilliant male poet forced to live an entire lifetime as Emily Dickinson as some kind of expiation.
Read more
5 people found this helpful
Helpful
Report abuse

Grandpa M
5.0 out of 5 stars Yes!!!!!
Reviewed in the United States on December 28, 2016
Verified Purchase
Just take your time and read them all, a few at a time, don't rush or push or quit, learning as best you can the landscape of thought and reflection natural to her time in Western Massachusetts that generated her inner meditations and the way these were grounded in the life everyone about her lived, the two lives she lived, the natural one in which she was embedded and the inner one her own questioning, assessing, exploring, sometimes doubting world.
Read more
9 people found this helpful
Helpful
Report abuse

Amazon Customer
TOP 1000 REVIEWERVINE VOICE
3.0 out of 5 stars It's not you, it's me...
Reviewed in the United States on March 18, 2021
Verified Purchase
I don’t know what it was, but I really struggled to get through this collection. I know it’s considered classic and the poetry is indeed beautiful but I just couldn’t connect to it on a personal level. The only section that did grasp me was the very last one, dedicated to death and eternity. I felt like Ms. Dickinson truly revealed the enormous power of her talent in those last poems. I wish I could feel the same about the rest of her poems, but it just didn’t happen. It’s a case of “it’s not you, it’s me” though, so definitely read it and make your own decision.
Read more
Helpful
Report abuse

Ed Rochester
1.0 out of 5 stars Not the Johnson edition as advertised
Reviewed in the United States on June 15, 2020
Verified Purchase
This is not the edition advertised on the Amazon website. Furthermore, it is almost useless unless you want to simply read through Dickinson's poems unselectively from beginning to end. There is no index to first lines or any other way to find individual poems, and the search function on the Kindle doesn't work to find items within the book being read. So this purchase was a total waste of money.
Read more
3 people found this helpful
Helpful
Report abuse

Customer
5.0 out of 5 stars Very nice edition of the Complete works.
Reviewed in the United States on June 1, 2018
Verified Purchase
This is the Thomas H. Johnson 1951 edited edition of all of Emily Dickinson’s work. It has been an interesting journey comparing the 1890 three-series volumes (edited by Todd and Higginson). It should be pointed out that without the work and dedication of the original publishers, the world may never have heard of Emily Dickinson, which would have been a terrible loss.
Read more
2 people found this helpful
Helpful
Report abuse
See all reviews

Amazon Customer
5.0 out of 5 stars Great!
Reviewed in the United Kingdom on January 11, 2020
Verified Purchase
Easy to read and was perfect for my a level class!
Read more
Report abuse

Exir
5.0 out of 5 stars Faithful Dickinson
Reviewed in the United Kingdom on March 2, 2015
Verified Purchase
Great poems, with informative introduction and helpful chronological information. Well edited too -- gives multiple versions for you to compare side by side when appropriate (when Dickinson wrote and revised over a period of time) and does not try to sand off the edges by replacing Dickinson's idiosyncratic punctuation and capitalization with standardized ones.
Read more
One person found this helpful
Report abuse

E. Hargreaves
5.0 out of 5 stars Five Stars
Reviewed in the United Kingdom on January 19, 2016
Verified Purchase
Happy with the item and service.
Read more
Report abuse