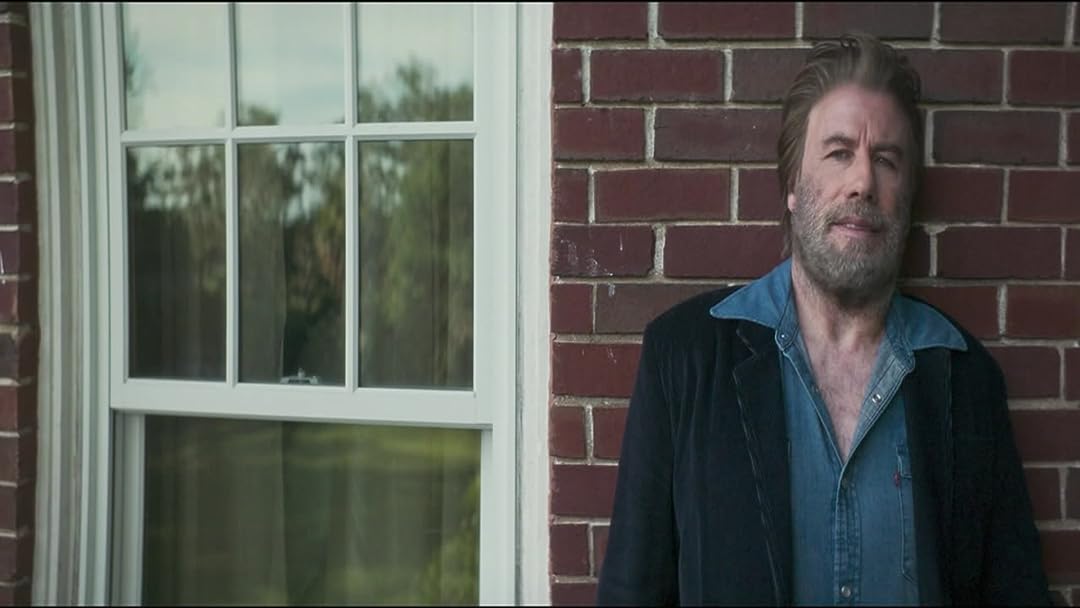 JKMReviewed in the United States on June 24, 2019
1.0 out of 5 stars
Disappointing
Verified purchase
I never write reviews, but after just paying $6.99 to spend one of the longest and most boring/disappointing hour and a half of my life, I feel the need to warn others that this movie falls way short of anything one would expect from such dynamic actors as Travolta and Freeman. I kept an open mind and wanted to think it would get better ... but despite a potentially good story line, the whole thing seemed cheap and cheesy. One of the first clues should have been the absolutely horrible lip syncing scene where Travolta & Freeman are reunited after a 20+ year separation and Freeman’s daughter Rose is performing in the club ... unbelievably bad!!! I normally could overlook a brief moment like that while wondering why they didn’t just edit out that part, but now I understand it was just another bad part in another bad movie.
170 people found this helpful

KDReviewed in the United States on June 2, 2019
1.0 out of 5 stars
Awful
Verified purchase
This movie was so boring.
122 people found this helpful

moviebuffReviewed in the United States on May 27, 2019
2.0 out of 5 stars
Poor plot line
Verified purchase
Travolta is a good actor who picks bad scripts. Same for Freeman. They are very talented, but if the script is bad, there is not much you can do. If you have not seen this movie, you are not movie anything. It reminded me a little of Kevin Spacey Movie called In the Garden of Good and Evil, but that movie was far better.
112 people found this helpful

Jayne Anne LositoReviewed in the United States on May 27, 2019
5.0 out of 5 stars
Loved Poison Rose!
Verified purchase
Loved this movie!! Big fan of John Travolta ❤and Morgan Freeman & Brendon Frazier- I loved the mother/ daughter scenes - especially enjoyed Ella Blue Travolta, she is gorgeously talented. I enjoyed this so much I watched it twice. Now I'm going to buy it on DVD!
69 people found this helpful

Reagan J. ZogbyReviewed in the United States on May 29, 2019
5.0 out of 5 stars
Film Noire Style in 1970s LA
Verified purchase
Fun movie with actors enjoying their roles. Felt like an updated version of Film Noire, only it was in color and took place in 1978 rather than 1948. Plot has several threads which come together nicely at the end. Also, it had several humorous moments that were OMG type moments without disrupting the plot flow. All in all, a nice way to spend an evening and some good times with actors in roles different from earlier movies I enjoyed seeing them in.
57 people found this helpful

Pat M.Reviewed in the United States on May 26, 2019
2.0 out of 5 stars
Very disappointing
Verified purchase
The Travolta's were promoting this on The Talk. It sounded interesting - definitely not!
58 people found this helpful

JaapReviewed in the United States on June 2, 2019
1.0 out of 5 stars
PI "Noir"
Verified purchase
But missing everything.
53 people found this helpful

PhD ChefReviewed in the United States on September 13, 2019
3.0 out of 5 stars
Easy paycheck for a star-studded cast
Verified purchase
I'm a little confused by this movie. When a team of producer, writer, and director manage to cast basically who's who in Hollywood (Morgan Freeman, John Travolta, Brendan Fraser, Robert Patrick, etc.) for a movie that is based on a timeless concept (neo-noir) that does not rely on modern gimmicks (1970s-1980s), the results should be really, really good. Yet, the star-studded cast approached this project with all the enthusiasm of a pious monk in a brothel. Morgan Freeman, throughout the movie, was mostly disinterested and delivered his lines as though he read them off of a teleprompter. John Travolta appeared to use this movie as a practice run for his faux-Texas accent. It's actually a shame that Brendan Fraser wasn't given more screen time. Every time his character appeared on the screen, even his flatulence appeared to be totally in-character as he delivered his lines with gusto.

The plot itself is pretty predictable. The atmosphere does a somewhat passable job at neo-noir. The set is convincingly 70s-80s Texas. The biggest problem, again, has to do with the acting. Everybody is trying their best at their Texas accent. Well, except for Morgan Freeman. He didn't even bother to try to have a southern accent of any kind (as I said, listless performance). John Travolta's daughter was also given a few lines in the movie and she was surprisingly competent at delivering them with an okay Texas accent (I grew up in Texas). There were some interesting juxtaposition of imagery, such as bright fire in a movie otherwise overcast with mostly dark hues.

Overall, Poison Rose is a decent movie to drone in the background. It's by no means a good movie despite the star-studded cast. In fact, it's almost a shame that the directors didn't go for a B-movie feel, because the ridiculously predictable story and the unintentionally comical acting had all the setup of a would-be Ed Wood film. This could've been one of the cult classic B-movies. Instead, it's just a mediocre cash grab by the actors. 3 stars because it's still Morgan Freeman, John Travolta, Brendan Fraser, and Robert Patrick.


32 people found this helpful
See all reviews
Back to top
Get to Know Us
Make Money with Us
Amazon Payment Products
Let Us Help You
EnglishChoose a language for shopping. United StatesChoose a country/region for shopping.
© 1996-2022, Amazon.com, Inc. or its affiliates