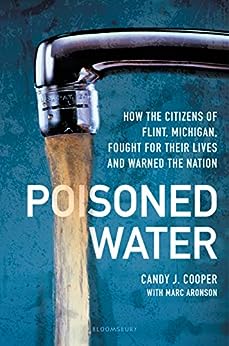 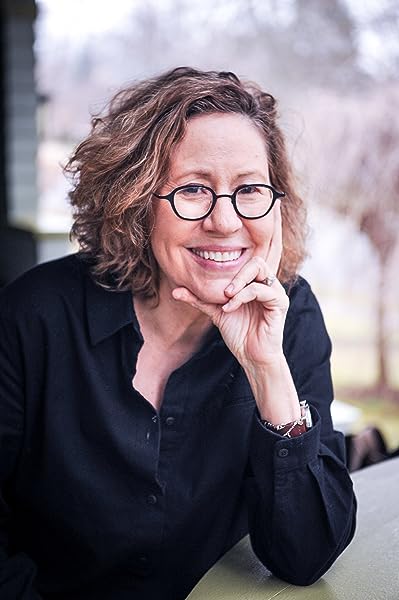 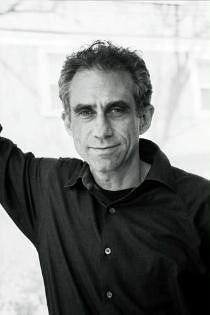 Poisoned Water: How the Citizens of Flint, Michigan, Fought for Their Lives and Warned the Nation Kindle Edition

Candy J. Cooper is a Pulitzer Prize finalist and winner of the Selden Ring Award for Investigative Reporting. She has been a staff writer for four newspapers, including the The Detroit Free Press and the San Francisco Examiner. Her work has appeared in the The New York Times, The Columbia Journalism Review and The Chronicle of Higher Education, among other publications. She has written several nonfiction series books for the classroom for Scholastic.

“Flint citizens need fresh coverage that respects their activism rather than their victimhood. This becomes the controlling theme of this vivid account.” ―BCCB

4.6 out of 5 stars
4.6 out of 5
48 global ratings
How are ratings calculated?
To calculate the overall star rating and percentage breakdown by star, we don’t use a simple average. Instead, our system considers things like how recent a review is and if the reviewer bought the item on Amazon. It also analyzes reviews to verify trustworthiness.
Top reviews

CT buyer
5.0 out of 5 stars fresh look on Flint
Reviewed in the United States on May 25, 2020
Verified Purchase
This is a gut-wrenching read bringing the personal experiences of young people and families to the story of Flint. I didn't want to put it down, and although I knew the basic story, this made it real. Well-written and clear. It must have required a strong trust relationship between these young people and families, and the writer, a trust they obviously did not have with others noted in the story.
Although written as a young adult book, it is also very appropriate for older adults.

Nenia Campbell
TOP 500 REVIEWERVINE VOICE
5.0 out of 5 stars A devastating and exhaustive look at the history of Flint's water crisis
Reviewed in the United States on November 10, 2020
Vine Customer Review of Free Product( What's this? )
POISONED WATER is about the water crisis in Flint, Michigan. Most of you are probably familiar with it because for a while, it was splashed all over the news. To save money, residents were switched from Detroit-routed pipes fed by Lake Huron to a direct line piped in from the Flint River. Soon, residents were getting disgusting-looking water in various colors of brown, and started suffering conditions ranging from skin rashes to Legionnaire's disease. It turns out that not only was there microbial contamination from the water (gross), the chemicals that were being added to treat the water (at the ridiculously underfunded facility-- $8 million budget to upkeep something that should have cost a conservative $60 million) were being added without chemicals to prevent corrosion, which was resulting in all the metals from the pipes filtering into the water, including lead.

What makes it worse was that the officials responsible for the change from Huron to the Flint River were, in the words of the book "aggressively dismissive" to residents voicing their concerns over whether the water was fit for themselves and their families to drink. One woman was accused of dying the brown water in her bottle herself at what I believe was a council meeting. A dossier of scientific data collected by a leading expert in water safety was brought in to officials who even refused to touch or accept it. To save the town money, they switched to water that already had indications of being unfit to drink, and in an ironic twist of fate, anything that was saved was lost in the legal fees from the investigation of the mismanagement.

According to the back of the book, this is middle grade nonfiction. I don't really think this is middle grade-appropriate, just because the writing level is very science- and data-heavy, and it uses language that I, a thirty-something millennial with a Bachelor's degree, needed to think about. I certainly wouldn't discourage a kid from reading this who wanted to learn more about Flint and social justice, but I also think that it would be a struggle for a lot of kids. That said, I think it's definitely worth the read-- for kids and adults-- because it really delves into Flint's sad history as a racially segregated town (and race was probably a factor in why Flint was ignored; institutional racism is a huge problem, and even if it isn't the root cause of a given issue, it can help foster the symptoms and keep them lingering), its brief boom in the peak of the automotive industry, and then its collapse and penultimate ruin when GM went under (before being bailed out).

It's a depressing and hard book to read, but in a sad, twisted way, it's also inspiring. Seeing how the community banded together and refused to listen to the officials who were very clearly in the wrong was an incredible feat. Especially when they managed to get scientists and experts on the phone who, in turn, helped the people of Flint gather the incontrovertible evidence of the harm that they needed to force the switch back to Lake Huron water. It was grassroots community activism, and it's a shame that it came at such a terrible cost. FWIW, the book does end on a hopeful note, though.

Thanks to the publisher for sending me a copy in exchange for an honest review!

C. Wong
VINE VOICE
5.0 out of 5 stars How Pure Is Our Water?
Reviewed in the United States on March 9, 2021
Vine Customer Review of Free Product( What's this? )
I heard about the Flint Water crisis on the news and followed the report carefully when it started I read the horror stories getting sick from drinking their own tap water, of rashes on their bodies, their pet dogs and cats getting sick, brain damage from lead in the water, Many, many health problems, of them being in jeopardy of losing the houses that they live in, family members and friends dying from the bad state of their water.

This book for young adults tells the history of the switch from the water that came from Lake Huron to the badly polluted Flint River. i cried many times reading this book and I believe that everyone, students and adults need to read what this town went through. They had to struggle and protest and wake up the EPA and finally get help from the Federal Government.

If you have not read about Flint, please do.
Read more
One person found this helpful
Helpful
Report abuse

Kasey at Story Sanctuary
5.0 out of 5 stars Highly Recommended
Reviewed in the United States on July 9, 2020
I didn’t know much about what happened in Flint, Michigan with the water crisis. I remembered hearing something about lead in the pipes and seeing shocking footage of a resident turning on her tap and brown, gross water coming out of it. But that was about the extent of my knowledge.

Then I read POISONED WATER. And I kept thinking, this is happening in my country. I kept waiting for some leader somewhere within the government to take a stand for the rights of the citizens. For their children. Because having access to clean drinking water is such a basic human right that until reading this book, I had taken it completely for granted.

As the residents organized and raised alarm bells and continued to report problems, I kept thinking, surely this time it will bring about some change.

I can’t help admiring the citizens who continued to speak out, kept making phone calls, persisted in reaching out to anyone who would listen. The author makes it clear that those are the real heroes in the story of Flint.

I think this is a must-read book for teens and adults. It’s really accessible and straightforward, easy to read, but in no way dumbed-down. It’s packed with personal stories, facts, timelines, and references to other resources. I highly recommend POISONED WATER.

Note: I received a free copy of this book in exchange for my honest review.
Read more
Helpful
Report abuse
See all reviews