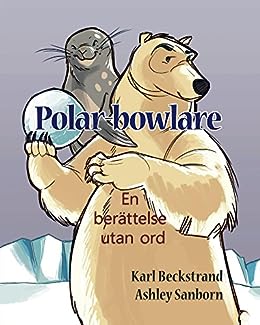 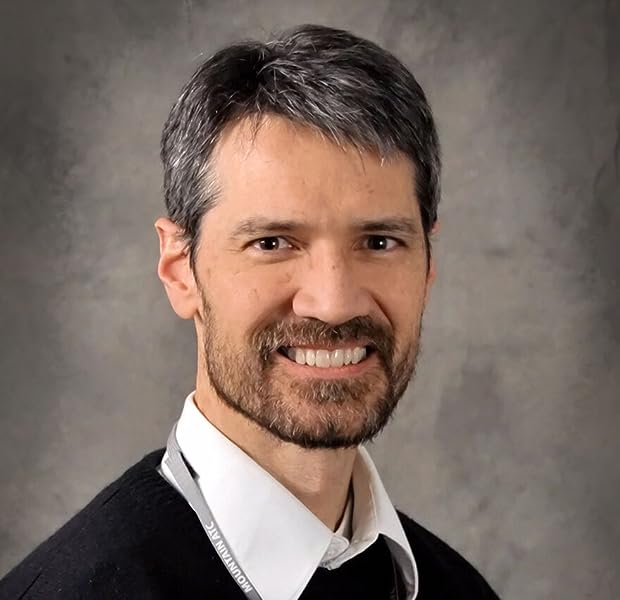 by Karl Beckstrand (Author), Ashley Sanborn (Illustrator) Format: Kindle Edition
Book 6 of 23: Stories Without Words
See all formats and editions
Sorry, there was a problem loading this page. Try again.
(Arctic Humor, Swedish) “A charming wordless story.…Sanborn’s cartooning is full of…polish and physical comedy” – Publisher’s Weekly. The rollicking adventures of a polar bear who hitches a ride to Antarctica. He’s never seen penguins before; to him they look like something fun to play with. Children love to tell or write the story.

Get this picture book on differences, cooperation, and getting along (for ages 2 – 6, preschool – first grade, Emergent Reader/Fountas & Pinnell: A, DRA: 1). Children cement their vocabulary as they find and name animals and describe the action on the pages (verbally or in writing).

“Kids will delight” – Natasha Yim. A friendly snowball fight set in the poles and brought to life by illustrator Ashley Sanborn (The Dancing Flamingos of Lake Chimichanga and If Cancer Was a Fish). Snow story by award-winning author and media professor Karl Beckstrand (Why Juan Can’t Sleep—click Karl Beckstrand above for all 60 multicultural books). See the next in this no-words children’s book series: Butterfly Blink.

"Highly recommended. A delightful and wildly engagingwordless story book...utterly unique.... The key to getting childreninterested in reading and books is to engage them in powerful ways....Draws children into the story and allows them to use their ownimaginations and creativity to create a story that belongs to them,making it up as they go along. The artist has been gifted with amarvelous ability to use illustrations to display a wide range ofemotions and personality traits within a charming and very funnysetting. The illustrations create curiosity, while leaving plenty ofopen space for individual creativity.... kids...will likely never tireof this book, as it can be a different story every time it is pickedup." - Linda M., LMBookReview "Charming wordless story.... Sanborn's cartooning is full of...polish and physical comedy." - Publisher's Weekly.

"The soft, muted colors are simple, yet alluring, and bear's expressionsaptly portray a range of emotions from puzzlement to mirth tomischief.... kids will delight in polar bear's and penguins' antics andbecharmed by this appealing story." - Author Natasha Yim

"The illustrations notonly tell the story, but they help the reader predict what is going tohappen. Wordless picture books are great for working with ESL orreluctant readers because they can figure out their own narration andpractice the components of telling a story. I also love the humor andgoofiness.... I can't wait to share this with the kids in my library." - Allison Madsen, bookgirlut

Karl Beckstrand is the award-winning author of 19 books and more than 50 ebooks. Raised in San Jose, CA, USA, he received a B.A. in journalism from BYU and an M.A. in international relations from APU. A publisher with traditional and digital publishing experience, Beckstrand speaks about both kinds of publishing. He has presented to Taiwan's Global Leadership for Youth, city and state governments, library and humanities organizations, festivals and schools. He has lived abroad and enjoys volleyball and kayaking (usually not at the same time). Beckstrand's nationally-lauded activity books, Spanish & bilingual books (with pronunciation guide), ebook mysteries, and nonfiction stories feature characters of color and usually end with a twist. His work has appeared in: Barnes & Noble, Border's Books, Deseret Book, Costco, Kindle/Nook/iBooks, Amazon, The Children's Miracle Network, LDS Film Festival, U.S. Congressional Record, and Papercrafts Magazine. http: //GozoBooks.com, https: //www.facebook.com/KarlBeckstrand.AuthorSpeaker, http: //KarlBeckstrand.com --This text refers to the paperback edition.

Media instructor Karl Beckstrand is the bestselling and award-winning author/illustrator of 25 multicultural/multilingual books and more than 60 ebook titles. His survival thriller, To Swallow the Earth, won a 2016 International Book Award, and his multicultural kids’ books have been lauded by Publisher’s Weekly, Kirkus, The Horn Book, and School Library Journal. Raised in Silicon Valley, he has lived abroad and worked with people from all continents (except Antarctica). His work reflects cultural diversity—not only in protagonists, but in collaborators (his illustrators hail from Latin America, Europe, and Asia). Beckstrand has a B.A. in journalism from BYU, an M.A. in international relations from APUS, and a broadcast/film certificate from Film A. Academy. He teaches media at a state college and, since 2004, has run Premio Publishing. Beckstrand has presented to Taiwan’s Global Leadership for Youth, city and state governments, festivals, and schools. His Y.A. stories, ebook mysteries, nonfiction, Spanish/bilingual, wordless, career, and STEM books feature ethnically diverse characters—and usually end with a twist. His work has appeared via: Amazon, Apple/iBooks, Baker & Taylor, Barnes & Noble, Costco, Deseret Book, Follett, Ingram, Papercrafts Magazine, Target.com, The U.S. Congressional Record, Walmart.com, FB, Twitter, and https://PremioBooks.com

Israel DrazinTop Contributor: Children's Books
TOP 500 REVIEWERVINE VOICE
5.0 out of 5 stars A clever book that will encourage kids to think and enjoy doing so
Reviewed in the United States on June 3, 2018
This is a wonderful book, one that will fascinate kidsI highly recommend this book without words. Although only about a dozen and a half pages, the book contains ten episodes. Kids can look at the drawings and invent their own story. They will like the book and really think it is clever because they are the ones who are inventing the story. For example, we see a polar bear climbing on a ship. We can and indeed should ask why the bear is doing so? What does the bear intend to do? Kids can also invent stories about the drawing showing the bear during the ship cruise, the bear leaving the ship, the bear’s encounter with penguins, animals the bear never saw before, and the different ways that the bear deals with the penguins.
This is the Spanish version. In English the title would be "Polar Bear Bowler.” The title is based on one episode in the story. Children will want to return to this book frequently because they will be able to discover a new story every time they look at it.
Read more
One person found this helpful
Helpful
Report abuse