You've subscribed to Harry Potter! We will preorder your items within 24 hours of when they become available. When new books are released, we'll charge your default payment method for the lowest price available during the pre-order period.
Update your device or payment method, cancel individual pre-orders or your subscription at
Your Memberships & Subscriptions
There was an error. We were unable to process your subscription due to an error. Please refresh and try again. 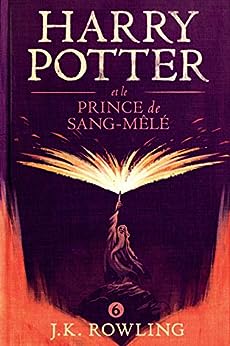 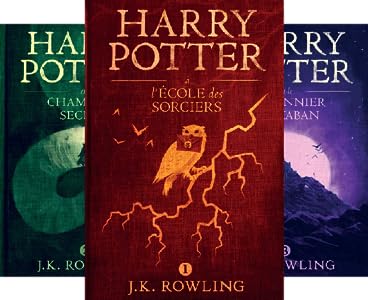 4.8 out of 5 stars
4.8 out of 5
1,616 global ratings
How are ratings calculated?
To calculate the overall star rating and percentage breakdown by star, we don’t use a simple average. Instead, our system considers things like how recent a review is and if the reviewer bought the item on Amazon. It also analyzes reviews to verify trustworthiness.
Top reviews

Happy2B
5.0 out of 5 stars Harry's saga continues (*French language version)
Reviewed in the United States on August 19, 2009
Verified Purchase
This is the French translation of Harry Potter and the Half Blood Prince. An excellent read. Very faithfully translated, although there are a few editing mistakes (dropped periods being the most common error) - but nothing that would really detract from the reading experience. I am going to assume that if you're looking at book 6 of the Harry Potter saga, you know what the book is about. So my review is based on the experience of reading this (and the other books in the series) in French. If you are a French student looking to improve your language fluency, I highly recommend reading otherwise familiar stories such as these in French. It is amazing how quickly your fluency improves when you read in your target language. And these books are so much fun, with such rich descriptive detail, you'll enjoy every minute.
Read more
4 people found this helpful
Helpful
Report abuse

DisneyDenizenTop Contributor: Harry Potter
HALL OF FAMETOP 100 REVIEWERVINE VOICE
5.0 out of 5 stars A WORD OF CAUTION
Reviewed in the United States on February 2, 2019
With the adventures of Harry Potter, J.K. Rowling singlehandedly saved the publishing industry. It is impossible to overstate the impact these books had on both child and adult readers. The anticipation for the next sequel! The midnight release parties! While you missed all that excitement, you now have the joys of being able to read all the books at once.

Please do read the books; don’t just watch the movies.

SR
5.0 out of 5 stars Perfect Translation; PRICE: Solution
Reviewed in the United States on July 7, 2011
This is a perfect, faithful translation of the original English text. This is rare, indeed, as many series that have gained fame of massive proportions often bring with them devoted followers who declare that any translations simply "aren't the same." This book IS the same as the English text; indeed, the only differences I found were with name choices, which I viewed to be a positive because they are clever representations of the characters just as JK used Latin to represent the characters with their English names. If you are looking to improve your French grammar, reading ability, or simply looking to reexperience the Harry Potter phenomenon, this is the book for you.

That being said, the price is steep. Let me recommend this. Look on amazon.fr or amazon.ca to buy the French version from either France or Canada. You may pay a bit more on shipping but depending where you live (I live near DC), I've found that you can often get a dramatic reduction on the price, which is, of course, unreasonable at this rate, even for a translation.

On the whole, this is highly recommended!
Read more
6 people found this helpful
Helpful
Report abuse

Matthew
5.0 out of 5 stars Good translation, and also available on Audible
Reviewed in the United States on April 6, 2019
You can listen while you read.
Read more
Helpful
Report abuse
See all reviews

D. J. Baker
4.0 out of 5 stars An interesting follow on to "Harry Potter et L'Ordre du Phenix".
Reviewed in the United Kingdom on February 24, 2014
Verified Purchase
I recommend the book to all students studying French as it is easy to read and comprehend. It will increase the reader's vocabulary.
Read more
One person found this helpful
Report abuse