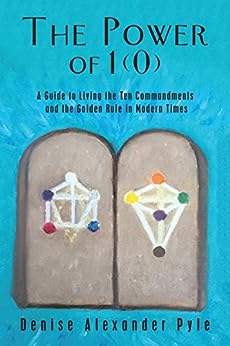 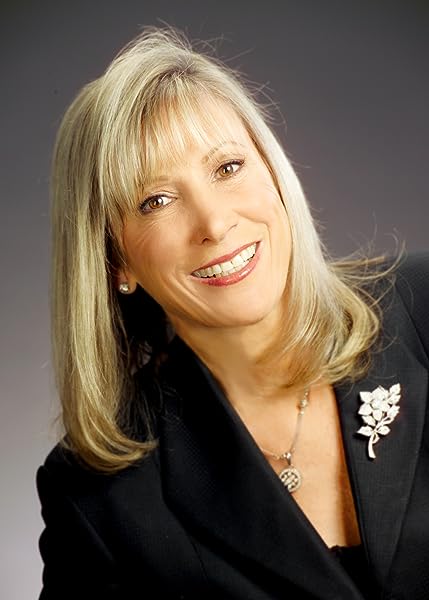 The Power of 1(0): A Guide to Living the Ten Commandments and the Golden Rule in Modern Times Kindle Edition

by Denise Alexander Pyle (Author) Format: Kindle Edition
See all formats and editions
Sorry, there was a problem loading this page. Try again.

The modern world can be a hectic, confused place. Every day we are bombarded with disparate, discordant messages about what's right and what's wrong, where we should go, what we should have, and who we should trust. But what if there was a simple way to find harmony amid the discord? What if there was a way to find guidance and direction that could help all of us make the world a better place?

In The Power of 1(0), author Denise Alexander Pyle invites us to consider the power and the promise of living by the Ten Commandments and the Golden Rule—the ten and the one—as we journey through life. Each chapter discusses and expands on one of the Ten Commandments, including a reference to the corresponding ten spheres or components on the kabbalistic tree of life. The kabbalah is an ancient mystical belief system and teaching that emanated from Judaism and reveals how the universe and our lives work. While many believe that it is the basis for Jesus's teachings in the New Testament, no matter your religious or spiritual background, The Power of 1(0) offers a pluralistic, universal message that can encourage you to pursue your true purpose and attain true joy.

Whether you worship God, Allah, the Source, the Creator, the Universe, or the Force, we are all on this journey here together. May the Ten Commandments and the Golden Rule be our guide in reaching for this unity together, all as one.

The Power of 1(0) was chosen as one of the Spirited Woman top 12 book pick lists on www.thespiritedwoman.com.

Denise Alexander Pyle is truly blessed and grateful to have had the opportunity to share the message that the power of ten is the power of one and all. In writing The Power of 1(0), she gives thanks to her one-God-and to her all-her family, friends, teachers, masters, guides, enlightened individuals, and lessons that have inspired, encouraged, and educated her along the journey. Denise currently lives in Marion, Indiana. --This text refers to the hardcover edition.

Denise Alexander-Pyle, a native and long- time resident of suburban Detroit, resides in Marion, Indiana with her husband of 25 years, Stephen in the unique home they built in 2006 after he retired from General Motors and returned to his home town to assist in running the family farms. As an attorney for now over 41 years, Denise continued to commute between her prestigious boutique family law practice in Birmingham, Michigan and Marion until September of 2015 when God and circumstances required that she remain in Marion full time, where her heart, their family, all reside. She maintains an office in Marion, where she can still practice some law, but with time allotted to continue to provide service to her community and still enjoy her grandchildren and other hobbies, such as cooking, art and writing.

Denise received her undergraduate degree at the University of Michigan and hew law degree from the Detroit College of Law, now known as Michigan State University School of Law. However, it was her sister’s high conflict divorce when Denise was still in high school that compelled her to alter her career choice to become a journalist and instead become a divorce attorney. As an expert in the field of family law, her compassion and common sense personal counseling and coaching skills were actually her greatest asset to help clients through a crisis period in their life.

Although raised and still a practicing Jewish, Denise has been a self-directed student of spirituality since she was 14 and also attends church with her husband describing herself as a New Way Jew, in part because she sees Jesus as the Way to God and understands that love and Christ consciousness are an integral part of man’s existence on Earth. Given the divisiveness in our world today, she believes the time is fast approaching when, no matter our beliefs, we must come together as “the all and the one,“ if we are to survive on this planet.”

Back in 1990-1991, Denise taught Sunday school for two years to 15 year olds in Confirmation Class at a reformed Temple in Michigan, where the emphasis of the curriculum was Judeo-Christian ethics and living the Ten Commandments in modern times. The latter topic has been a several decade long passion which culminated in her book entitled “The Power of 1(0), a Guide to Living the Ten Commandments in Modern Times.” The (0) is in parenthesis because she believes that even without the Ten Commandments, we have the Golden Rule to guide us and the underlying principle for all we do. The premise is also that if we peeled back the layers and understood the meaning of each of the Ten Commandments on multiple levels, we would truly recognize that we must adhere to them as our “rules of the road” for peaceful co-existence and survival on this planet.

Denise tries to incorporate these principles in her life. Community and public service is important to her. She has served as a planning commissioner for two different communities, a council woman, and on several non-profit and professional boards. In 2007, she received the Circle of Hope award for her service to Care House of Oakland County, serving families and victims of child abuse.

Over the years she has also written and had published various professional articles as well as opinion pieces and believes that life is a life-long learning journey.

4.1 out of 5 stars
4.1 out of 5
6 global ratings
How are ratings calculated?
To calculate the overall star rating and percentage breakdown by star, we don’t use a simple average. Instead, our system considers things like how recent a review is and if the reviewer bought the item on Amazon. It also analyzes reviews to verify trustworthiness.
Top reviews

ingrid
5.0 out of 5 stars Inspirational guide
Reviewed in the United States on March 21, 2018
Verified Purchase
I enjoyed reading The Power of 1(0). I liked the way the author presented the book as a guide to living the ten commandments in modern times. The commitments given after each of the ten commandments should inspire all of us to strive to be a better person and pursue their purpose in life. The time is now!
Read more
Helpful
Report abuse

Linda Diane Wattley
5.0 out of 5 stars The Alarm Has Sounded, Wake Up America!
Reviewed in the United States on July 21, 2018
"The Power of 1(10): A Guide to Living the Ten Commandments and the Golden Rule in Modern Times" is a book the world so strongly needs today. For me, America needs it more than ever. We have no compass to govern the lives of the people anymore. Our children's lives are at stake, we must go back to the golden rules found in the Ten Commandments. Denise Alexander Pyle has taken the essence and fundamental truths of the Ten Commandments and handed them to us in hope that we can be saved from destruction.

I really enjoyed reading this book because of the writing style of the author who writes with a heart and an urgency to wake people up to a better way to live. Anybody reading it will see themselves clearly and know he or she is a child of God and they are needed to let their light so shine that darkness will no longer occupy a space it does not belong in. The message here is universal and does not need a religious tone to refresh the hearts and minds of people seeking to understand their place in the world. The alarm has been sounded, read this book ASAP!
Read more
Helpful
Report abuse

Amazon Customer
5.0 out of 5 stars A Great Guide on Incorporating the Ten Commandments in Your Daily Life
Reviewed in the United States on March 13, 2018
This book is a great reminder of how we can evaluate they way we are living our daily lives and reground ourselves in the Ten Commandments.. It's so easy to get distracted by the many negative influences of the news and stresses of life that we sometimes forget what's really important. This is an easy book to read and I love the commitments at the end of each chapter - they give you an opportunity to reflect on yourself and put the principles of the Ten Commandments in action!
Read more
One person found this helpful
Helpful
Report abuse

Carol G. Kaplan
2.0 out of 5 stars Unfortunately
Reviewed in the United States on February 28, 2019
Unfortunately, the author does not walk the walk. She is full of hot air. She also was my divorce attorney and why I am now in poverty. She is the furthest from living the Commandants than anyone I have ever known. But I guess these kinds of books make money... hopefully not this one.
Read more
Helpful
Report abuse

marianne woolbert
5.0 out of 5 stars Great book!!!!!
Reviewed in the United States on September 18, 2018
This is a great book especially for the state of the world. It reminds us of what is really important and gives the tools to be centered and balanced in our lives in a world that has gone mad. It helps us refocus and remember. Highly recommend!
Read more
Helpful
Report abuse