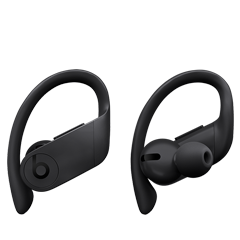 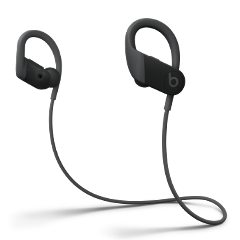 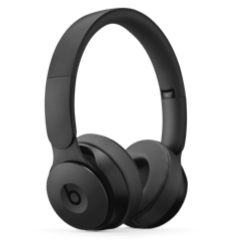 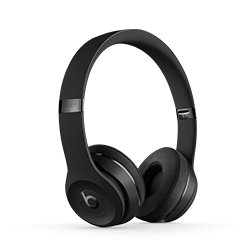 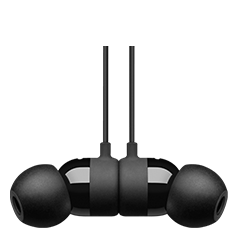 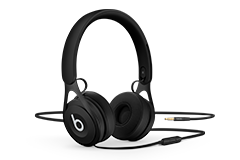 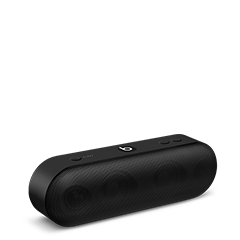 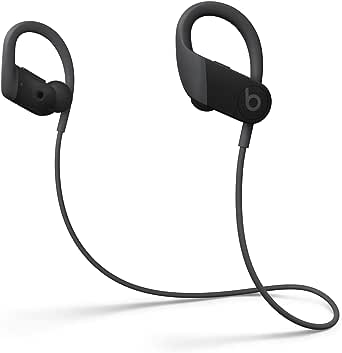 Add to Cart
$149.95
+ Free Shipping
Sold by: Expercom - Apple Premier Partner
Have one to sell? Sell on Amazon

4.1 out of 5 stars
4.1 out of 5
98 customer ratings
How does Amazon calculate star ratings?
Amazon calculates a product’s star ratings based on a machine learned model instead of a raw data average. The model takes into account factors including the age of a rating, whether the ratings are from verified purchasers, and factors that establish reviewer trustworthiness.

Customer
2.0 out of 5 stars More to hate than to love
Reviewed in the United States on April 22, 2020
Color: RedStyle: PowerbeatsVerified Purchase
Cons: Is uncomfortable to wear for any extended amount of time.
Price.
The charging cable.

Pros: It's wireless.
It has the advertised battery life.
Connecting to bluetooth is pretty smooth and easy. Although it seems to like to disconnect if there's not a constant stream of noise coming at it. This requires restarting the headset to fix.
The audio quality is pretty good, and there's no static during silence. (Which was common with the cheaper wireless headsets.) I'm no audiophile, but I didn't find it offensive.
Fancy packaging and easy to read instructions in English.

So, the biggest deal, and the sole reason I prefer in-ears over the headphones that cover the ear: The ability to just wear it all day without having discomfort. This does not fulfill that requirement. If it did, I'd put up with everything. Even the ridiculous charging cable. But at this price, it's just not acceptable that literally no configuration for the bending of the hook things doesn't irritate the skin, except for bending it so it's not actually hooking on the ear, but because of the design, that means it is basically going to fall out under any motion - and even then, I am noticing some irritation where the hook meets the ear - it's really obnoxious.

So, what's wrong with the charging cable? Well, first off it's like 2 inches long. That's not exactly practical.... And for some reason, instead of using a standard usb charger, so that I could just use my own cable, or even buy one of any useful length, it has its own special type of charger. So...yay.

hmm. My hatred burned so hot that I was certain there were more things to hate about it. More small annoyances like the headset disconnecting itself. But no. It was just uncomfortable. Which is unacceptable for any price (let alone this one). If I wanted to be uncomfortable, I'd go to work and get paid for it.
Read more
16 people found this helpful
Helpful
Comment Report abuse

Robert Denniston
2.0 out of 5 stars Overall great but...the volume button does not work and I just got them!
Reviewed in the United States on March 24, 2020
Color: WhiteStyle: PowerbeatsVerified Purchase
I was looking forward to getting these headphones but when they arrived the volume button on the head phones does not work. Wondering if I can get new ones..
Read more
16 people found this helpful
Helpful
Comment Report abuse

Tiffany
5.0 out of 5 stars Blown away
Reviewed in the United States on May 11, 2020
Color: RedStyle: PowerbeatsVerified Purchase
Forget what you heard others have said about these Powerbeats, that have been negative!!! I am blown away!!! They are bigger than what I thought, which is great! I have small ears, and wear glasses.....still no problem nor irritation. They come with three ear bud sizes (including the ones that they come with). The pictures do them No justice, as well as the amazing sound! You can always go to change your sound quality in your settings, in music under EQ, if it’s too much for you! It will take a little time to get them comfortable, but that’s no problem. They tell you (if you read the booklet) that this could cause irritation. Fast charging cable too small for you? Use your iPhone cord! They charge fast. And, are amazing on battery life!!! I am so satisfied!
Read more

Elizabeth Waters
1.0 out of 5 stars Not worth the money
Reviewed in the United States on April 30, 2020
Color: WhiteStyle: PowerbeatsVerified Purchase
I bought a pair of wireless headphones from Beats by Dr Dre four years ago. I used them EVERY day. I loved them. I bought a new pair. These are AWFUL. First, the sound quality is horrible. They are are as bad as the free wired ones they give out at gyms when you forget yours. It is tinny. Second, they are extremely uncomfortable. The around the ear part needs constant adjustments. The ear piece is too large and causes ear pain. Third, the power button and volume is too sensitive and when you need to adjust the ear piece, because it hurts, it turns off.
Fourth, the Bluetooth capacity is like 2 feet at the most. In summary, you would be so much better off buying a 20 dollar no-name brand. Do not buy, they are not the same as the ones that built their reputation. I would not use these even if they were free.
Read more
11 people found this helpful
Helpful
Comment Report abuse

Well d.
4.0 out of 5 stars Great Earphones, Painful after 30mins
Reviewed in the United States on March 27, 2020
Color: BlackStyle: PowerbeatsVerified Purchase
I like the sound, i think there great, too bad they hurt my inner ear after 30 - 60mins of wearing, very sore feeling when taking them off, maybe my ear isnt suited for these earphones, i wont drop it more stars because of it
Read more
9 people found this helpful
Helpful
Comment Report abuse

Maria favela
5.0 out of 5 stars Highly recommend
Reviewed in the United States on March 28, 2020
Color: BlackStyle: PowerbeatsVerified Purchase
Wow, just received them a couple hours ago and I literally cannot explain how amazing they are .. really worth it if you are looking for good headphones ..HIghly recommend
Read more
8 people found this helpful
Helpful
Comment Report abuse

Katalina V.
2.0 out of 5 stars Sound quality and hurts ears after awhile
Reviewed in the United States on April 2, 2020
Color: RedStyle: PowerbeatsVerified Purchase
I wanted to give these ones a try, and I actually don’t like the sound quality. I don’t know if it’s just me but like hip hop and rap these sound good, but like other music genres it’s like meh, and these really hurt my ears after a while.
Read more
7 people found this helpful
Helpful
Comment Report abuse

Lauren
5.0 out of 5 stars Great for what I needed them for!
Reviewed in the United States on April 25, 2020
Color: BlackStyle: PowerbeatsVerified Purchase
I’ll start this off by saying I am by no means a headphone expert. However, I’ve really enjoyed these headphones for exercise! They stay in my ear very well. They’re easy to use and have good connection with my iPhone. I appreciate the cord attaching them because knowing me, I’d lose one if it didn’t. It took my ears a couple of runs to adjust to them, but it wasn’t painful by any means! Easy buttons to pause or change songs/volume. The charging cord is short, so I use an extension cord.
Read more
5 people found this helpful
Helpful
Comment Report abuse
See all reviews from the United States