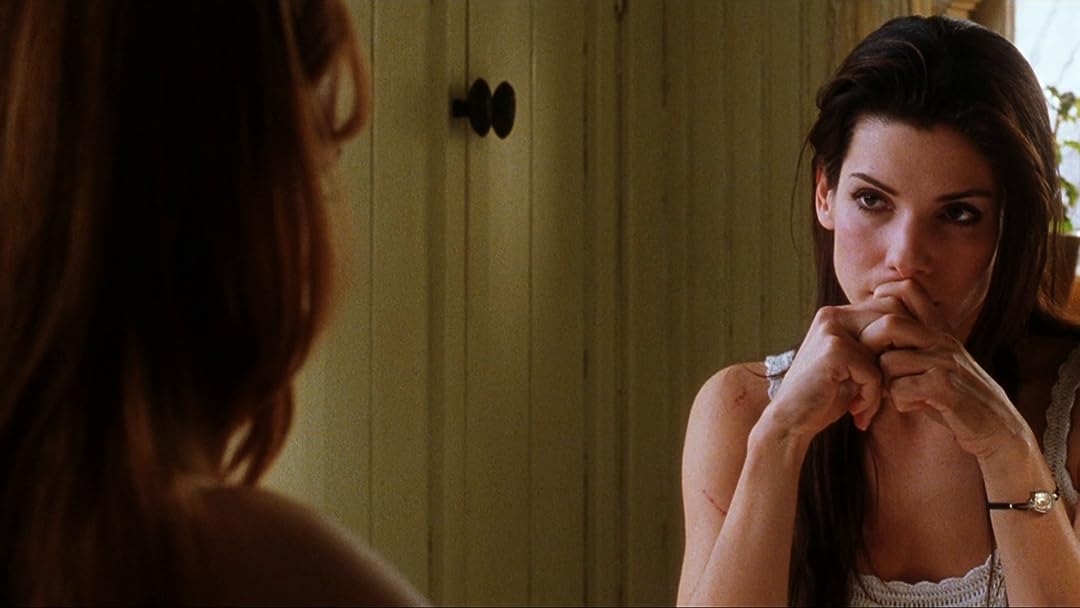 (25,987)
6.31 h 44 min1998X-RayPG-13
Sexy superstars Sandra Bullock and Nicole Kidman heat up the small screen. These "bewitching" sisters use their hereditary gift of magic to overcome obstacles in discovering true love.

Cat TrinaReviewed in the United States on October 8, 2016
5.0 out of 5 stars
Magical
Verified purchase
As I plan my trip to Salem this fall, I'm getting into the spirit of the trip and season by watching movies and reading up on the area. I saw this movie when it came out in theaters (I'm thinking around 1998 or 1999?) and I have watched it every year since.

I love that the story is built from a witch hanging gone wrong hundreds of years earlier (although they got the dates wrong – they said 200 years prior, which would have been okay but the people were dressed in pilgrim-type clothing, which would date that back to the 1690s when actual witch hunting was in fashion but I guess they took some creative license. . .)

I just wanted to say that this movie holds up over time – I love it more each time I see it. And I love the cast – Stockard Channing and Diane Wiest, specifically, as the eccentric witch aunts to Sandra Bullock and Nicole Kidman, who find themselves in a heap of trouble, partially due to a family curse and partially due to poor life choices.

I'm pretty sure most people know the plot of this movie and I won't belabor this review by rehashing it but I do want to say that, in my opinion, the reason why this film is still relevant and not dated at all is because it's about people and not trends or clichés. It's also not an attempt to be egregiously scary (though it does have some creepy scenes) and any of the scary scenes are injected with some humor, particularly the scenes where they are drinking the tainted tequila (I love that scene). I also love that they made the witches' house beautiful and not the typical gloomy gray clichéd witch-type building you might expect. The beautiful white Victorian house sits atop a cliff overlooking the ocean. It's beautiful. Aidan Quinn as the detective is also pretty nice to look at too.

Anyway, this is a great movie to enjoy around Halloween but it's also appropriate year round.

TateziReviewed in the United States on April 21, 2016
5.0 out of 5 stars
Such a fun movie
Verified purchase
To me this is a classic. Great acting, music and all-around fun movie. Finally witches are portrayed in a good/honest light instead of the propaganda that is prevalent in our society. After all, witches are just everyday people with a little spice added.
46 people found this helpful

G SchultzReviewed in the United States on November 8, 2020
5.0 out of 5 stars
Love this movie
Verified purchase
I absolutely love this movie. I saw it in the theater when it first came out and then purchased it when it was available on DVD. I have watched it many, many times. The cast is fantastic, the setting is fantastic, and the soundtrack is killer. I like this movie so much I moved to the island where it was partially filmed! We’ve been here 19 years now.
7 people found this helpful

pleineluneReviewed in the United States on October 14, 2019
5.0 out of 5 stars
MAGICAL WITCHY SISTERS - GREAT for HALLOWEEN WATCHING!
Verified purchase
I read the book and saw the film. VERY different, but enjoyed them both for what they each offered.

Sandra Bullock, Nicole Kidman, all the cast, are excellent in their roles. It's witchy romance and comedy. I enjoy watching it on Halloween :-). It's not horror, bloody, scary like so many Halloween films, but I like the magic touches....it also has Aidan Quinn :-).
7 people found this helpful

M. StrainReviewed in the United States on July 21, 2020
5.0 out of 5 stars
Rare Occurence
Verified purchase
This is one of those rare occurrences, where the movie is actually better than the book. The film is fun, light-hearted, and a bit magical. The script is much more streamlined than the book, which tends to go off on tangents deviating from the plot. I definitely reccomened this film to anyone looking for a light-hearted, magical romp.
4 people found this helpful

AbeReviewed in the United States on September 9, 2021
5.0 out of 5 stars
Still fun to watch, but probably not for kids.
Verified purchase
It's hard to believe it's been over 20 years since this cult-classic came out in the 90s. I re-watched it recently and still love it! It covers heartache, family, fantasy and magic, and does it in a beautiful setting (which, sadly doesn't really exist). Although much of the movie is light-hearted, there are some darker scenes that probably aren't appropriate for children.
One person found this helpful
See all reviews
Back to top
Get to Know Us
Make Money with Us
Amazon Payment Products
Let Us Help You
EnglishChoose a language for shopping. United StatesChoose a country/region for shopping.
© 1996-2021, Amazon.com, Inc. or its affiliates