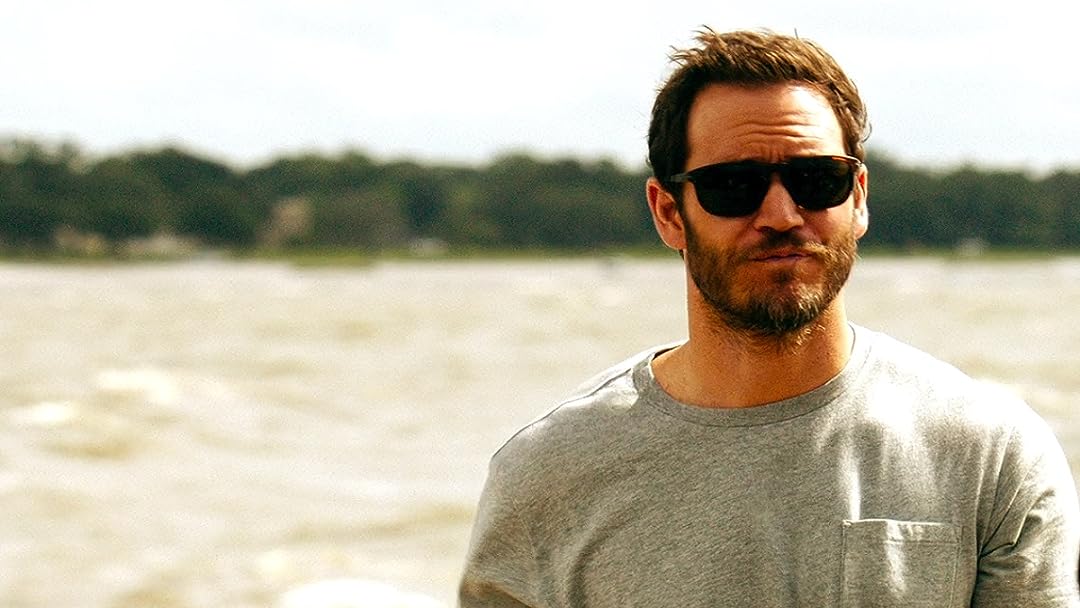 James E. AddisonReviewed in the United States on March 27, 2021
1.0 out of 5 stars
1000 rounds in the boat chase?
Verified purchase
1 star: couldn't watch more than 15 minutes. Unwatchable!
2 star: jumped my way to the end for the ending. Unwatchable, but interested in how this turd ended.
3 star: watched it all, but not happy about it. Nothing better to do.
4 star: I watched it, liked it well enough. Would never watch it again.
5 star: Great moving picture show! I'll watch it again, and maybe again in a few years.

What did they fire, 1000 rounds during the boat chase, and not even one fake bullet hole it either boat! I just can't stand all the shooting with no one getting shot 20 feet away, but the goofy gun hater can throw a pistol and knock a guy off a jetski???? I'll pass.

SZReviewed in the United States on January 18, 2021
1.0 out of 5 stars
Dumb, confusing, dumb story.
Verified purchase
My family member likes Bruce Willis, I like claire forlani and mark Paul gosselar, it seemed like a win win. But turned to lose lose. Jack is in a relationship dilemma with fake pregnant karen, his protege Logan is a badass badmouth friend aka sister sniper. Bruce Willis had parts here and there. The acting wasn't bad but not superior. The story was all over the place and characters were confusing. Sure has the f word quite a bit. Even Rotten tomatoes gave 0%!! And heavily negative reviews. No offense, just because Bruce Willis makes movies every year doesn't mean there all good. I like him in the Sixth Sense and Looper. Even his Die Hard movies way better. Stay clear.. more of a guy movie. I'm still a fan of Mark-Paul and Clarie Forlani. :)
5 people found this helpful

M4SOPMODReviewed in the United States on September 5, 2017
2.0 out of 5 stars
Well shot, but disappointing performances from great actors.
Verified purchase
The opening scene looks spectacular. Right up until the predictable point at about minute 2:00 where, first we are led to believe that multiple blanks fired at point-blank range (and to the face!) don't cause injuries, and then we have the almost-attractive young woman cast as the disaffected girl with the troubled past as she tries to imitate what a long range marksman might be and talk like, and not only are her lines the worst in the film, her delivery is even worse than the rest of the cast. There is no such thing as a "Three oh eight win mag" and nobody ever got a "sucking chest wound" from a rifle round (other than maybe a Barrett) - she's just spouting jargon that her character would never say, but sounded cool to the director. On top of that, given the next scene as she walks back to her buddies in about 2 minutes, she can't have been more than about 30 yards away. But - like with so many other movies, they make an attempt to try and make yet another girl seem just as tough as all the boys by strapping her up with a cool-looking piece of Navy SEAL kit. This movie is fairly well shot, but the script is predictable, the dialog cheap, and the acting some of the worst I've seem from the three well-known leading actors. Jean-Paul does make an honest effort (at least) compared to Bruce Willis and Claire Forlani - both of whom have seminal work that is light years above this. All said, not the worst movie I have seen, but a very big disappointment considering the cast. I've long been a big fan of Claire - although she seemed to have more class than this, but I guess there are "no small roles, only small actors." I did watch it all the way through to the end though. At least there's that, right?
7 people found this helpful

James ElliottReviewed in the United States on May 6, 2021
1.0 out of 5 stars
Sure, it's crap. But is it awesome?
Verified purchase
The actor best known as Zack Morris from Saved By The Bell plays Jack—a hunky badass who swears alot. He goes up against Bruce Willis—a villain who also swears a lot. Jack hangs out with that girl from Meet Joe Black—(spoiler alert) a femme fatal with a belly full of diamonds—who also swears a lot.

The acting from all the peripheral characters, and often from the main characters, was like chewing tin foil. At one point I shut the movie off. I love a movie that's so stupid that it's great, but this didn't fulfill that need for me.

I think with just the right group of people, if you're watching it ironically, you could find a way to really hate-love this movie, to trash it for the carcass it is. But you'd have to choose your weirdest friends.
3 people found this helpful

nycReviewed in the United States on August 17, 2017
3.0 out of 5 stars
Two Teams of Professional Heisters Compete on Jobs that are Worth Millions
Verified purchase
It's a story about people who are in the business of doing major heists that are worth millions of dollars. These are professionals who at some point worked with each other, but are now competitors. They learn of major financial activities that are worth tons of money, and they all compete to get in on the action by stealing secrets off of each other. They have their own teams and must bring in all the right players to accomplish a job that requires planning and implementation. The story is okay, the action is not bad, but the acting in this movie is bad. Some of the acting seem a bit exaggerated or over the top that it makes you wonder is there really a person who would say or do something that way. As another reviewer said, Bruce Willis does nothing in this movie but speak, so don't expect him to do anything. This movie is okay if you are just looking for a few shoot-em-up or car racing scenes.
4 people found this helpful

Tremayne A. PeteReviewed in the United States on April 14, 2017
5.0 out of 5 stars
I thought it was going to be bad, but...
Verified purchase
It took a while, but by 20 minutes I forgot it was Mark-Paul, then another 10 minutes I forgot it was low budget because the dialog improved somewhere when I was just thinking the girl cursed too much.The rest of the way was an enjoyable ride. It was a good movie, he's a good actor once you get the type casting out of your mind and think of him as just an actor. I gave it 5 stars, meaning that I highly recommend it. P.S. The fight scene was good too.
2 people found this helpful

Mo MerrellReviewed in the United States on May 5, 2017
3.0 out of 5 stars
No
Verified purchase
I am convinced that Bruce Willis acts not because he wants to but because he can, it's like a hobby for him ya know. He does these random movies where he is ALWAYS the bad guy in a nice suit and can you blame him? He's rich, legendary in his own right, still looks good, still has a fan base, and gets to get paid to wear expensive suits and say a couple of lines in a movie...who would hate that lifestyle and or give it up? He know he's not making any new blockbusters but his name is BRUCE WILLIS and you just can't help but be drawn to him.

This movie was so bad that the three stars I give it are two for Bruce Willis and one for the dog Grace, because she's pretty.

Every single person other than Bruce couldn't act to save their lives. It was like watching a very well rehearsed and produced college movie. The story line was solid albeit stupid but solid - no holes, nothing entirely unbelievable and the characters had they been properly developed were not bad. The entire movie was typical; it was so typical that you reading this can - in about 5 mins - explain the plot of this movie without having seeing it. It's the epitome of cliché, the absolute definition of typical or simple or lack of any kind of creativity.

I watched it.....I paid attention....and I Can't for the life of me remember anyones name but the dogs Grace and Roy and it just went off about 6 mins ago. If you were like me; bored and buying time then sure, go ahead and cook dinner to this one but if you are looking to be entertained, I suggest you go watch paint dry.
14 people found this helpful

G. T.Reviewed in the United States on May 9, 2017
3.0 out of 5 stars
Basic Action Flic
Verified purchase
I'm surprised at how many Bruce Willis movies, I've found recently, that I haven't seen before. Of course this can't really be called a Bruce Willis movie, since he is hardly in the movie at all, and his few scenes in the movie are, at best, forgettable. Overall this is just your basic action flic, with nothing really special going on. That's not to say that I didn't like it, it just isn't anything special. One thing it did have going for it, was some very attractive actresses. I really liked Jenna B. Kelly's role as a sniper. It had some good action scenes, and a few humorous moments. I've wasted an hour and a half in worse ways than this before.
One person found this helpful
See all reviews
Back to top
Get to Know Us
Make Money with Us
Amazon Payment Products
Let Us Help You
EnglishChoose a language for shopping. United StatesChoose a country/region for shopping.
© 1996-2021, Amazon.com, Inc. or its affiliates