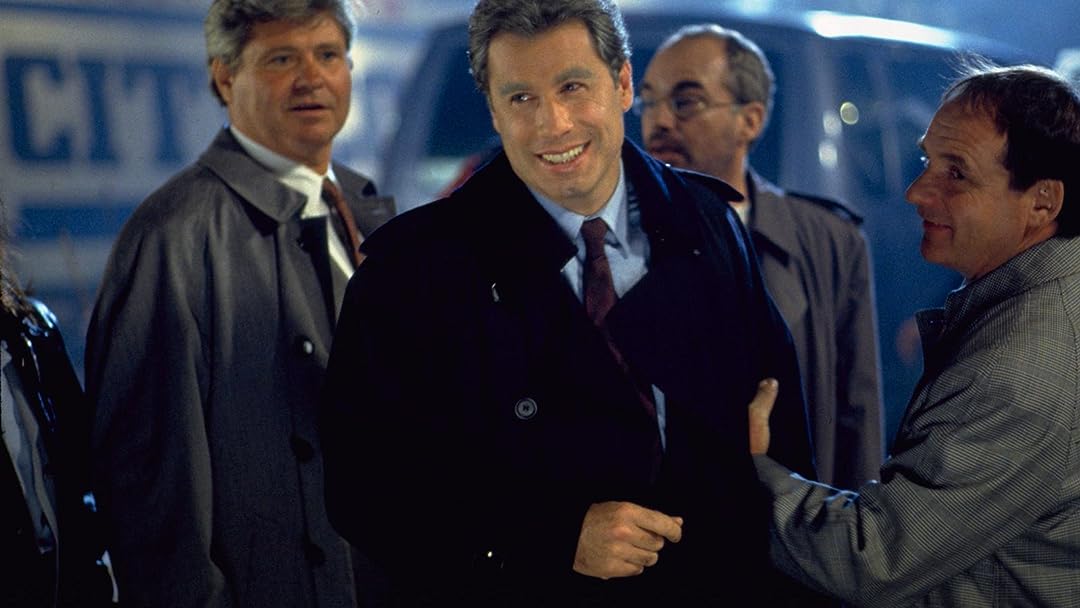 Mike GishReviewed in the United States on January 14, 2019
5.0 out of 5 stars
This is About One of the Best Presidents We Ever Had!
Verified purchase
Unless you saw Frontline's two shows on the life of Bill Clinton then you probably have no idea who he really was or how hard he worked to make our lives better, better than we deserve. Our economy was better under Clinton than any president after him. You'll have to Google that information because they won't let me provide a link.

Yes, he was human, but he genuinely wanted to do good and we vilified him for it like we do all genuinely good people who don't keep a low profile (or we just kill them, like John Lennon, the Kennedys, Gandhi, Martin Luther King, Malcolm X, etcetera). Why is it that we don't seem to have a problem with the crooks in high places, is it because we identify more with dishonest people and compare poorly to the honest ones, or because we wish we had what they have no matter how ill-gotten it is?

This movie shows how hard it is for anybody to get into office whether they're good or not; how you have to play hardball if you really want to make it. Yes, it has some funny parts, as does life, but it's not really a comedy.

joel wingReviewed in the United States on August 18, 2019
4.0 out of 5 stars
A commentary on negative campaigns & the media looking for dirt that has taken over US politics
Verified purchase
Primary Colors was loosely based upon a book written by reporter Joe Klein about Bill Clinton’s first run for president in 1992. Clinton’s role is played by John Travolta as candidate Jack Stanton. The film deals with the negative campaigns that have taken over American politics where candidates spend most of their time attacking and tearing down each other more than dealing with issues and what they hope to achieve. It also covers how the press will investigate every little detail of candidates looking for any signs of dirt that can get ratings and usually leads to the destruction of the politician. The film is thus a critique of what American democracy has become.

The movie deals with these issues in many ways. One is based upon the real story of Gennifer Flowers who had tapes of conversations with Bill Clinton. The second half of the movie is focused upon whether Stanton will go negative and what he’s willing to do. The movie poses the question about what kind of candidate did Stanton want to become. Would he be just like everyone else and tear down his opponents or would he try to stay positive?

The movie does a good job talking about American politics even though there are parts that are overdone. There's also a lot of comedy thrown in to keep it light at moments.
C

Nick ZegaracReviewed in the United States on October 14, 2019
2.0 out of 5 stars
Another slap-dash Blu-ray transfer from Universal of a very important black comedy by Mike Nichols.
Verified purchase
Superior political farce by the late Mike Nichols is given very short-shrift on Blu-ray by Universal Home Video. Apart from the fact there are NO chapter stops on this disc and NO extra features - not even a theatrical trailer or production notes (even the DVD version had those!), Uni is still using decade's old digital files, bumped to a 1080p signal. The results are careworn, dull and uninspired with more than a hint of edge enhancement, aliasing and other baked in digital anomalies that could have been resolved by a new 2K or even 4K scan. God forbid, Uni actually put a little effort into their back catalog releases before slapping them to disc. It's 2019. Blu-ray has been around for more than 10 years. This digital transfer has been around for at least 20 and looks it - dull colors, meager contrast, grayish black levels, and grain that waffles from solid to sloppy. Badly done! Judge and buy accordingly.
4 people found this helpful

Martha Ann KennedyReviewed in the United States on August 15, 2016
3.0 out of 5 stars
How is this satire?
Verified purchase
I think there are better films at showing the political corruption of our campaign "system." Bullworth is one; The Candidate with Robert Redford is another -- there are more. This...I guess If I had paid attention back when Clinton was running for office, I might have been able to appreciate this better, possibly have seen the satire...but... No. It was predictable (no, not because I knew the ending) starry eyed young guy gets disillusioned then signs a pact with the devil; long-suffering wife endures horrible marriage for the sake of her own political ambition; down-home, rib-eating horny guy runs for office. What I did like were the references to the 70s and what those times were like and at what cost. That element of this film was very well done. Anyway, maybe there will be Primary Colors Reprise down the road if Mrs. Stanton is elected. Then we can critique that.
4 people found this helpful

Walter W. WatsonReviewed in the United States on November 6, 2016
5.0 out of 5 stars
Times Don't Seem to Change Much
Verified purchase
I wasn't sure if I'd like this movie - didn't bother to see it when it was first out. Its movie speaks volumes on how some politicians run their candidacy's and the stench of lies and corruption that follow them. The entire cast is great... Kathy Bates is fantastic in her role as the 'fixer'; John Travolta provides a great rendition of you-know-who, Billy Bob (one of my favorite actors of all time) is unforgettable and Adrian Lester delivers a performance that is perfect - loved the delivery of the line about Shane!
2 people found this helpful

keithReviewed in the United States on November 26, 2021
3.0 out of 5 stars
Not A Must Watch Movie
Verified purchase
If you like politics. This movie shows how they will try to coverup the politicians dirty while running for office. From the families, friends, and people supporting their campaign. How they will try to win your vote. Also, how they can lose sight of who they once were.

Robert SchafferReviewed in the United States on September 27, 2016
4.0 out of 5 stars
Great film about the presidential campaign process.
Verified purchase
Excellent film! I'm told that the characters in this film are very loosely based on Bill & Hillary Clinton. Watching the film I found that very easy to believe. A fine study of the presidential campaign process excellently written and acted, as well as fantastically directed by Mike Nichols, who gave us such great films as "The Graduate" and "Catch 22". I would highly recommend this to anyone with even a remote interest in American politics (or just good movies).
One person found this helpful

errin spellingReviewed in the United States on January 2, 2019
5.0 out of 5 stars
The couple who truly cared about the people
Verified purchase
John Travolta makes a wonderful Clinton and Emma a great Hillary.The eating is hilarious. He always has a piece of chicken, a doughnut or ribs in his hand. Billly Bob Thorton is hilarious. Adrian Lester is the true star. He is kind and believable. Politics is hell.
One person found this helpful
See all reviews
Back to top
Get to Know Us
Make Money with Us
Amazon Payment Products
Let Us Help You
EnglishChoose a language for shopping. United StatesChoose a country/region for shopping.
© 1996-2022, Amazon.com, Inc. or its affiliates