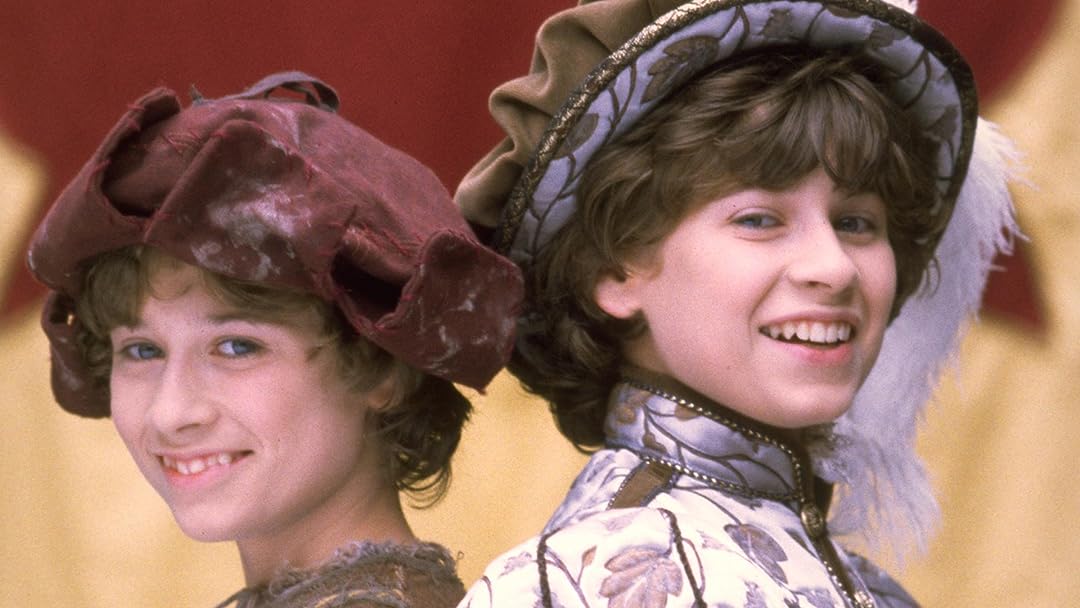 The Prince and the Pauper

(133)
6.51 h 34 min20007+
An adaptation of Mark Twain's masterpiece "The Prince and the Pauper," the film tells the story of a poor boy who dreams of living the life of a prince, while a prince longs to the live the life of a common boy. As fate would have it, both their wishes come true and they realize that the grass always seems greener on the other side.

Bren EiflerReviewed in the United States on January 13, 2019
5.0 out of 5 stars
A Powerful Story of Hope for Truth and Justice
Verified purchase
This was an excellent rendition of Mark Twain's classic story. It captured the not-too-serious tone, yet hinted at the agony that makes this story so compelling - someone who has the ability and compassion to bring justice to the oppressed experiences life from their point of view.

At the same time, the dream of being instantly powerful and wealthy comes true.

This is a powerful story of hope for truth and justice.

One can't help but think of the situations where we could make a difference for others who do not have our privilege.

RidiriReviewed in the United States on July 8, 2019
3.0 out of 5 stars
Believe it or not, the black and white is best out of 5 versions
Verified purchase
This is the fifth version of the Prince and the Pauper movie that I have seen. It's not bad, but not as true to Mark Twain's book as the others (not including Mickey Mouse, of course!) Aidan Quinn could have been better but seemed to be reading his lines instead of getting into the story. Having seen his excellent performance in A Shine of Rainbows , I was disappointed that he didn't seem to enjoy his character. The twins weren't bad, and the director was clever in how he handled the 4-6 inch difference in their heights, but I still have to give my vote to the black and white version with Errol Flynn as Miles Hendon and the Mauch twins. For villainy, it's hard to beat Claude Rains, but Jonathan Hyde was pretty good. The movie just needed more...something...that the others had, I guess, an intensity of emotion that excellent costumes and period detail just can't make up for. The BBC version adapted by Julian Fellowes seems good, as much as I have watched so far, but of course, that's longer than a normal movie.

Orose Reviewed in the United States on January 20, 2014
5.0 out of 5 stars
Wonderful movie!
Verified purchase
Saw this movie a long time ago in a VHS recording with my classmates. Now many many years later I remembered how nice the whole story unfolded in the movie compared to the Disney version of it with Mickey Mouse. I looked up the actors to find this particular version and was surprised to find it in DVD. I saw it with my parents and little brothers and we all enjoyed it! The young Prince Edward, hoping to find some fun, switches roles with one of his subjects who looks exactly like him. On his journey, the prince discovers the unjust surrounding his kingdom and with the help of a man who takes him under his wing, races back to his castle before the wrong boy is crowed King. I loved the cast, the script and the ending was more than satisfying. A great version of a classic story! Highly recommend it!
11 people found this helpful

Raisuli the MagnificentReviewed in the United States on February 17, 2020
4.0 out of 5 stars
respectable telling
Verified purchase
The fencing wasn't the best, and the period costume was okay to passable (I think I prefer the one with Oliver Reed and Raquel Welch, personally), but overall this was a pretty good reimagining of the classic tale. It actually had me on edge as to how it was going to end even though I've seen other versions a few times.

A pretty good version. Check it out.

AmaJanReviewed in the United States on September 26, 2020
5.0 out of 5 stars
Delightful version of old favotite story.
Verified purchase
Package arrived in timely manner, well packed and CD in excellent condition. Excellent performances by twin boys in lead roles. Wonderful music. Would recommend for all ages.

H. L. CripeReviewed in the United States on June 29, 2006
3.0 out of 5 stars
Good Movie, But It's Not Mark Twain
Verified purchase
If you are looking for a good adventure movie to watch with your family, this one definitely rates five stars.

If, however, you have read the original novel and have great respect for the writing of Mark Twain, you will hate this movie. Several reviewers have rated this version as the best of all the P&P movies. If this one is the best, I don't even want to think about the others.

On the plus side, the movie is, as stated, a good adventure family-type movie. It gives a vivid portrayal of medieval England, both the pomp and the grunge. It has plenty of action, fun, pathos, and a happy ending but also deals with the brutality, intolerance and political scheming of the age. The twins who play Prince Edward and Tom Canty are very good -- much more honestly expressive and far less hammy than most of the adult actors. They are attractive and personable without, thank God, being just-too-cute-for-words kid actors.

Now for the axe. I do not and never will understand why people who adapt books for movies think that they are better writers than the original authors and can take whatever liberties they like with the plots and story lines. I do understand that it is almost impossible to film a book without leaving out many details and even characters and I can tolerate that. What I cannot tolerate, however, is the outright changing and destroying of as much of the original story as these screenwriters have done, not only weakening it but making certain situations absurd as well as inaccurate. Thus this movie is simply not Mark Twain's imaginative, sometimes biting and brutally frank, often hilarious statement for social justice.

So -- by all means buy the movie or rent it if you want an evening of family entertainment. But avoid it like the plague if you are looking for an adjunct to the reading/study of Mark Twain's wonderful novel.
49 people found this helpful
See all reviews
Back to top
Get to Know Us
Make Money with Us
Amazon Payment Products
Let Us Help You
EnglishChoose a language for shopping. United StatesChoose a country/region for shopping.
© 1996-2022, Amazon.com, Inc. or its affiliates