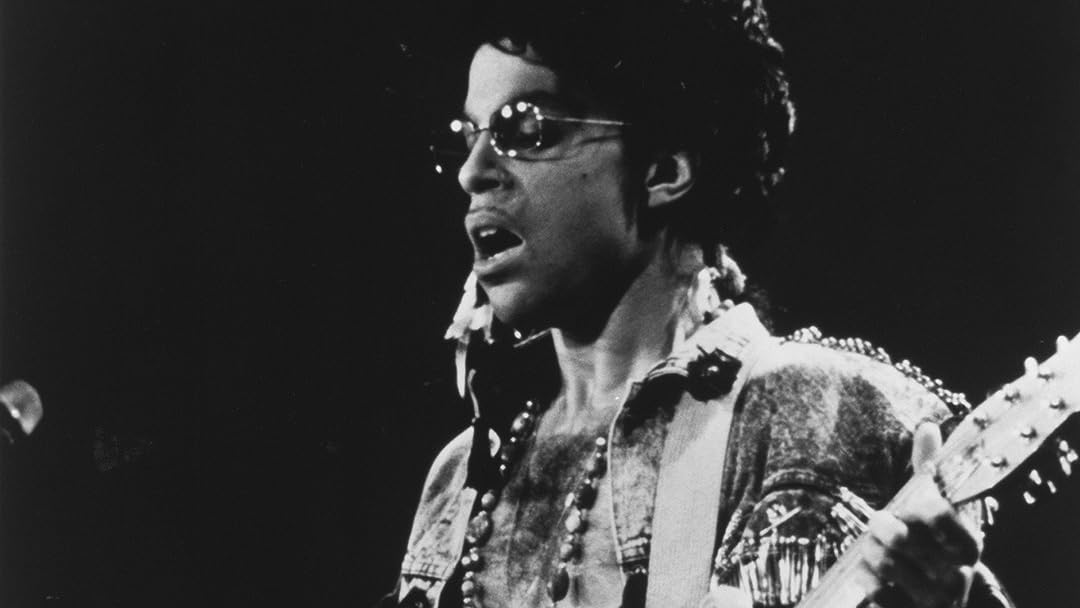 Senor QuicksdrawReviewed in the United States on September 12, 2016
5.0 out of 5 stars
I'm Amazed That This Has Never Been Released Here!
Verified purchase
Okay, it was, a long time ago, on VHS. I've since found a Brazilian DVD of it that's so dark, it's practically unwatchable. So this one was a real find! I actually forgot how good this show was, although of course the experience has been enhanced considerably by the Blu-Ray presentation. Seeing it in 16:9 aspect ratio, plus the sonic improvements inherent in this format made seeing this again a new experience for me. This is a 1987 show in Rotterdam when he was touring his "Sign O' The Times" album, which IMO in its day was as good or better than his previous filmed project, "Purple Rain". All of your favorites from this album aren't represented ("Adore" is an almost unforgiveable omission), but he generally hits the high points. "It" was relegated to a kind of call-and-response thing between the stage and the audience, following the excellent "Forever In My Life", but that was kind of a throw-away track anyway. The only track not from SOTT is a rousing version of "Little Red Corvette" unless you count the jazz vamps performed by a cracking band (like "Take The 'A' Train") during Prince's multiple wardrobe changes. I watched it with my wife, who wasn't very familiar with the album, and never saw the VHS, and her jaw dropped. We can stipulate that Prince was a brilliant performer and songwriter, but to actually witness as close as we will ever come to a live performance (now...) this is as good as it will get until the Estate begins releasing from the Archives. I can see how he injured himself! Performing all of those splits and jumping fearlessly from risers were bound to take a physical toll at some point.... The only real caveats I have about this Blu-Ray are these: 1) Although purported to be "region-free", it would not play in my Samsung Blu-Ray player, even though it played in my PS4 and Sanyo player just fine. 2). "U Got The Look", while not one of my favorites from the album in the first place, is not performed live. It seems as though they inserted the MTV video, and it's in 480p, when the rest of the disc is in 1080p. Not much of a letdown for me, but it was a hit record, so someone might care. Otherwise, this is a truly excellent presentation and a reminder of the supreme gifts of a talented performer we took for granted and threw away in order to pursue lesser music. RIP, Prince Rogers Nelson.
87 people found this helpful

Verified PurchaserReviewed in the United States on January 11, 2019
5.0 out of 5 stars
Prince in his prime, G.O.A.T!
Verified purchase
Watch this and notice the artistry, creativity, and all the hit songs. Some of my friends didn't care for this album,but there's no denying his talent and the hits in this feature length music video!

When he grabs those drums so Sheila can have some limelight and then shreds them!... If you don't get that happy deep down in your soul feeling then you truly don't get it.
It has been said of him that he was a Devo of sorts but I think that's so dismissive and wrong. You can see his loyalty of his friends and bandmates, of Sheila and the confusing of perfectionism v.s. narcissism is the real issue.
I stand by my headline, Greatest Of All Time!

Mr WoodwardReviewed in the United States on December 16, 2019
5.0 out of 5 stars
The Best That Ever Did It Period
Verified purchase
What can someone say about the best that ever did it this concert just blow's me away every fricking time I look at it, It just!!! never get's old, it's so entertaining and powerful, I had invited some people over this pass weekend just to hang out and it seemed like everybody I invited brought a plus one so needless to say I had a house full of people, so I had to figure out how to entertain everyone bingo Sign O' the Time concert I played it on my big screen TV and man when I tell you this guy was the best that ever did it that's a understatement people were literally in tears and partying like they were at the concert so needless to say I am now one of the coolest cat's on the planet thanks' to the best's that ever did it, formally known as the Artist/ Prince R.I.P my main!!!! MF man : >) and you also have to give it up for all of the performers that performed they did a phenomenal job and that Miss Sheila E. OMG there's no words to say but phenomenal, Phenomenal , and PHENOMENAL Love Her.
4 people found this helpful

SageReviewed in the United States on September 17, 2017
5.0 out of 5 stars
One of the best concerts I have ever seen, and I saw him many times!
Verified purchase
I was born and raised in Minneapolis, MN, met the man more than once. Saw and heard him perform long before the world realized what he was and I am so delighted to finally get this disc for my own life. If you view it, do w=it with a big screen and a decent sound system or you will be ripping yourself off!
14 people found this helpful

Reader WriterReviewed in the United States on September 6, 2019
5.0 out of 5 stars
Phenomenal and Spectacular
Verified purchase
What can one say about Sign O' the Times? Phenomenal album and spectacular concert film! Prince was one of the few artists that could top himself again and again. It's why he will always be remembered as a music legend. Special acknowledgments to his band this era which included Sheila E, Dr. Fink, Boni Boyer, and the ultramagnetic, CAT! Prince recognized talent and knew how to bring the right musicians in for the right projects. There will never be another!
2 people found this helpful

Watty WattsReviewed in the United States on March 22, 2019
5.0 out of 5 stars
The best performer, musician, and artist that there will ever be.
Verified purchase
I had been to several of his concerts, including one of the last shows he ever had. This is one of the best shows that has been captured on film to date. I really suggest that you see it if you haven't yet, or watch it again and again like I have. Grab it - especially if you can find it on blu ray!
4 people found this helpful

Miss MooReviewed in the United States on November 11, 2021
5.0 out of 5 stars
Sheila E is Jaw Dropping on the Drums
Verified purchase
I love watching Prince do his moves that no one else can. He was an amazing showman. He left it all on the stage.

Cat damn near broke her back.

Sheila E played harder than anyone can imagine. When she dropped her sticks just to hit the drums with her bare hands I about pissed myself.

CherylReviewed in the United States on July 11, 2016
5.0 out of 5 stars
Can't get enough of this! Work in the US too...
Verified purchase
This is an amazing Prince performance from 1987! So timeless, and so real. I had forgotten Prince was the first to drop the mic! :-) This bluray dvd works in the US.
33 people found this helpful
See all reviews
Back to top
Get to Know Us
Make Money with Us
Amazon Payment Products
Let Us Help You
EnglishChoose a language for shopping. United StatesChoose a country/region for shopping.
© 1996-2022, Amazon.com, Inc. or its affiliates